We left for our little trip to Bordeaux just before nine – as usual most of the traffic was semi-trucks, and it got pretty slow along parts of the Bordeaux ring road. We dropped Neil Sr. off at the airport, then followed Miss GPS’s instructions to the hotel.

It’s right across from the Garonne River, but the room wasn’t ready yet so we dumped our bags and went for a walk. The nice young lady at reception had given us a detailed map and circled several places and things to see within walking distance.

There are nice wide paths all along the river that you can walk or cycle on, but unfortunately not all cyclists use the correct path, and further down there are barriers in some places because of a festival. There are several sailing ships moored, including two very large ones from Russia.

One of them had round shield-like barriers at the top of each mooring rope – Colin told me they were to prevent rats from crawling along them and getting onto the ships.

The area across from the river was very pretty – all buildings made of a lovely cream-coloured stone and none more than four or five stories high. There are beautiful gardens between the wide paths, and someone was actually camping in a blue tent in one.

It was lightly raining off and on when we stopped at one of the many food booths to get lunch. We chose one that specialized in Basque food, and each got a tapas plate and a half pint of cider – it was not cheap! – but it was tasty. 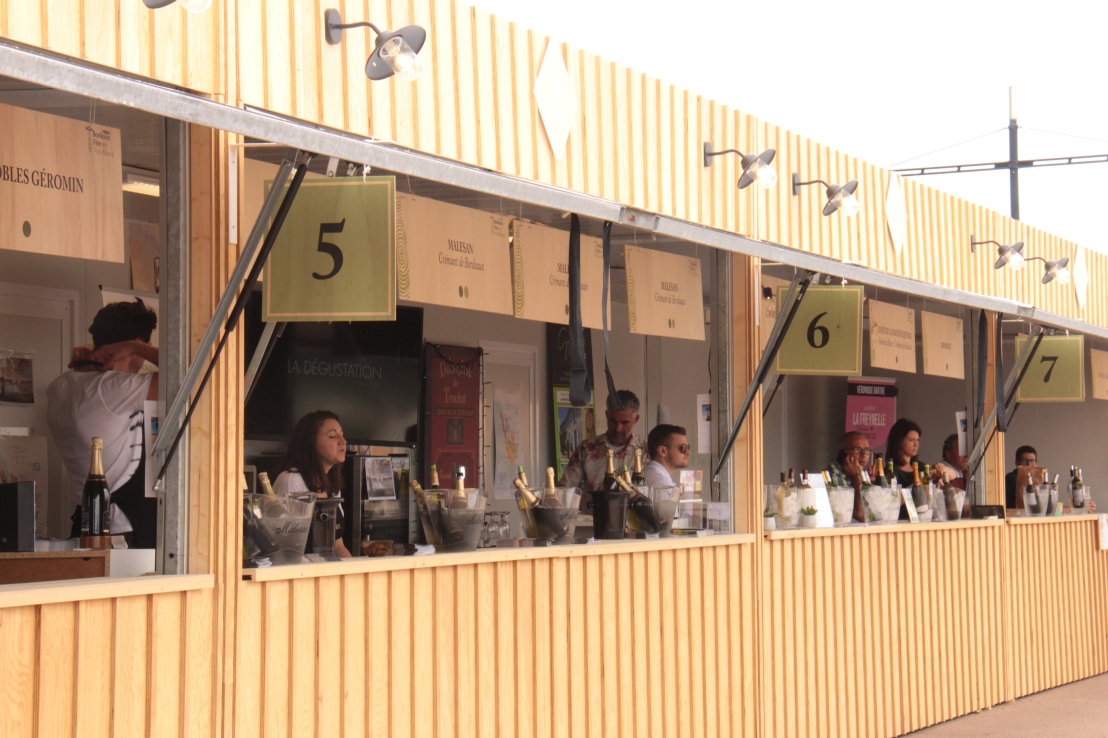 After we’d eaten we continued walking and the rain started again. Almost at once we came to a beautiful statue that had no placque – a woman that had just been released from her shackles. What was she released from? Slavery of some sort – from slave traders? Or put in the modern era – from an abusive husband, or a controlling religion?

We crossed the road and took shelter under some large trees for a bit, then headed towards a beautiful fountain.

There are statues here and there along the way, but the ones at the fountain are some of the best.

A large area was blocked off – there’s going to be a concert as part of the festival, either tonight or tomorrow night.

We wandered along a bit, then picked a cafe on the main square to have a coffee out of the rain. The place was packed but we got a table and sat down. The cafe creme was good, but I think it was the most expensive coffee I’d seen yet – over 5 euros each.

There are already hordes of tourists everywhere and combined with reckless cyclists and the odd car, walking down the narrow streets was a bit challenging. We managed to find our way back to the hotel without any problem – as long as we knew where the river was we were ok, and the map we’d been given was helpful as well. 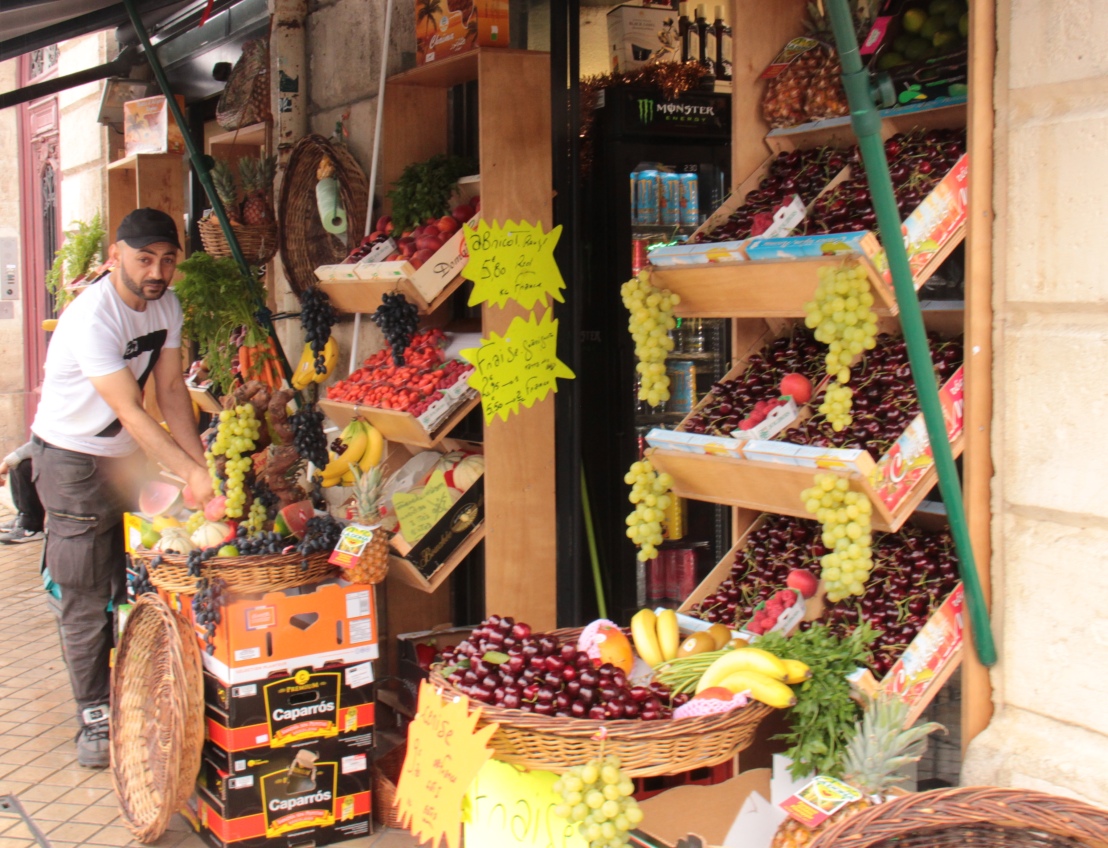 We checked in and relaxed for a few hours – watched the day’s stage of the Tour de Suisse and read a bit.

At around eight we went back out to find a place for dinner. If we’d thought there were crowds in the afternoon that was nothing compared to those out at night. Thousands of people everywhere, and each bar or cafe we passed had music loudly blaring.

We tried to find an Italian restaurant we’d passed earlier but couldn’t locate it so we settled for a nice outdoor table at a different place on a small square. Again there was music playing but it wasn’t deafening – you could hold a conversation without shouting.

The crowds were actually great – many young folks, but also whole families with children and older people – a good mix. And even though people were walking around openly drinking – and smoking (the good stuff, not cigarettes) – there didn’t seem to be any problems. Everyone was just out having a nice evening.

For dinner I had an excellent salad with smoked duck breast, followed by a grilled steak with fries – also very good. By the time we finished it was almost 11:00 so we went down to the river and sat on a bench awaiting the fireworks that the hotel receptionist had told us about. Unfortunately we believe she meant the next night, so continued back to the hotel. It was by then pretty late and I was very tired – I think we’d walked about 10 miles or so altogether.

Mo was exhausted too – she slept on my bed much of the night and hardly moved.