Housecleaner Yvette came over at 8:30 one morning, so when she arrived I took Mo out for a few hours so she didn’t get in Yvette’s way. We walked down to the campground bar for a coffee, but it wasn’t open yet so we sat on a bench in the sun and read for awhile.

They’re starting to setup booths and things at the hippodrome for tomorrow’s race so there was a fair amount of activity happening. Next we strolled up to the war memorial and sat on another bench, this time in the shade as it’s already starting to get hot. 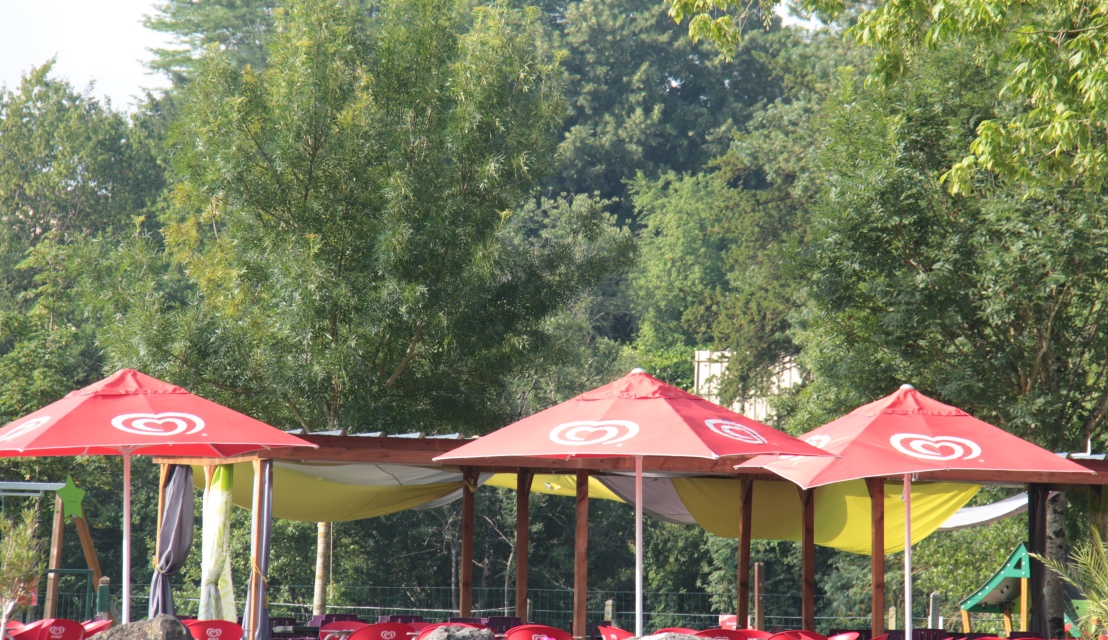 Back down at the campground bar, which was now open, I did get my cafe creme, which was extremely strong but tasty. Our final stop was up at the Penalty Bar to wait for Colin to join us. 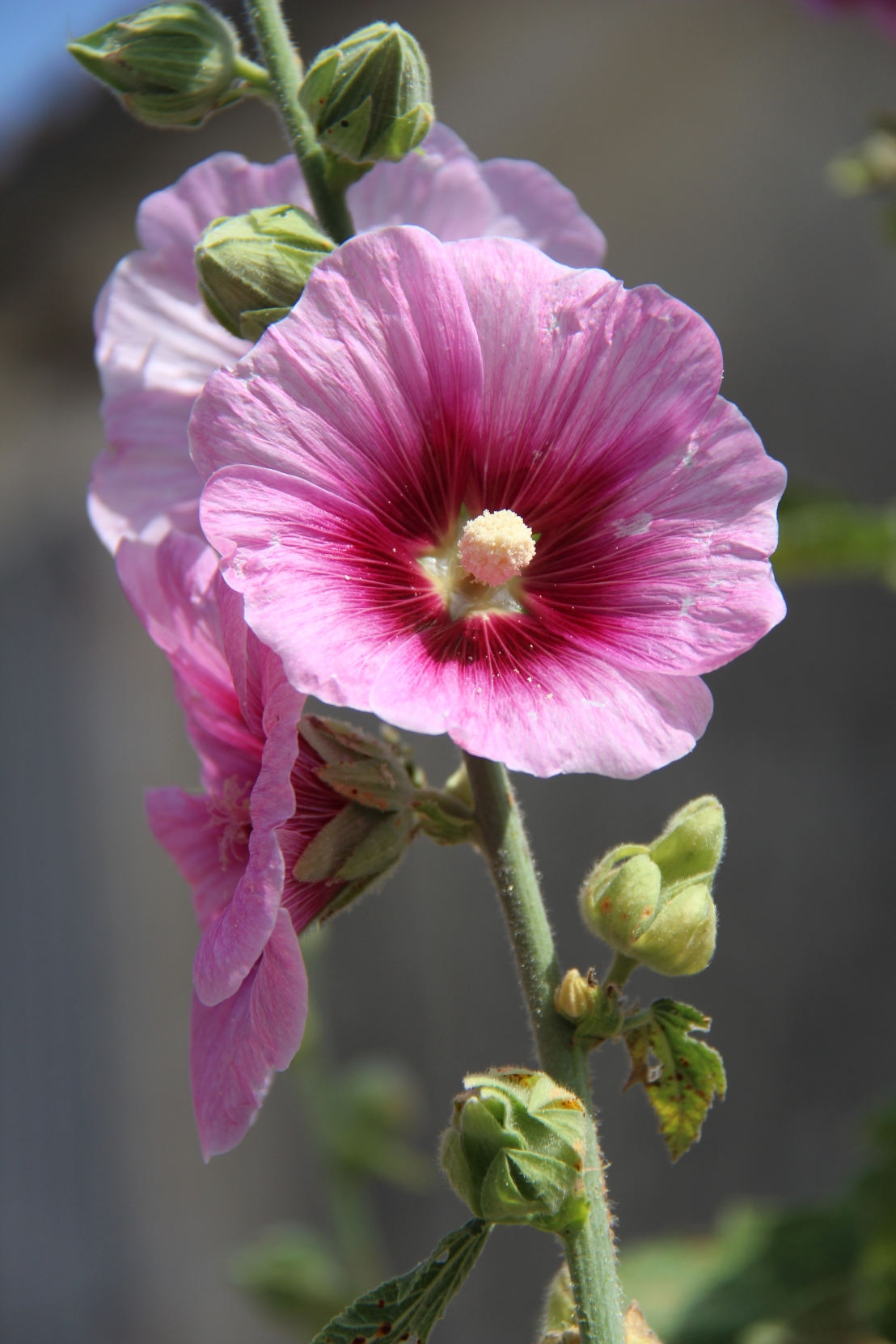 There’s a special lunch on today so the local brits started to arrive just before 1:00. The meal started with a really nice smoked salmon and shrimp salad, then the main course – that we’d pre-ordered – of ‘lamb in black beer’. It was excellent – very tender and flavourful, and served with rice. Following that we got to choose what we wanted from a wonderful cheese tray, then there was vodka on ice cream, and finally, of course, coffee.

By the time we were finished it was really hot out – between the heat and the amount I’d eaten I could barely make it up to the house. And thank goodness for air conditioning.

The next morning I actually set my alarm – first time since the day I came over, I think. I’m really not used to getting up early anymore so rising at 6:00 was a bit shocking. We made it out of the house on time just before 7:30 – Colin’s riding in a local sportif, and I’m helping with coffee and snacks for the riders. I was with Florence, the wife of Michele who organizes the local club that Colin helps out with. They’d stayed in the house in Papiano last summer and we’ve been to their house for dinner before – they’re both really nice people.

The local club had organized it and a total of 130 riders participated, which was pretty impressive. Luckily the major heat held off during the ride – it was actually a bit overcast and relatively pleasant for them.

Once Colin had finished his 67 km we headed back to the house for a bit, then returned to the hall to take part in lunch with the other organizers. It was wonderful – very similar to what we’d had last year at the ‘little ones’ race day. There was a nice sliced roast pork, fresh baguettes, a lovely mixed salad and – my favourite – rillette (kind of pate-that’s-not-pate). The next course was a very creamy camembert-type cheese, then for dessert apple tart – all washed down with red wine, of course.

When everything was packed up Florence asked if we wanted to take any of the leftovers home – I almost lunged for some of the rillette, and they also gave us the half-full box of wine.

Very full once again we popped back to the house so Colin could grab his camera and drop off the car, then headed down to the hippodrome to visit the horses and watch a few races. By this time it was starting to get fairly hot again but the race grounds at least have lots of trees for shade. 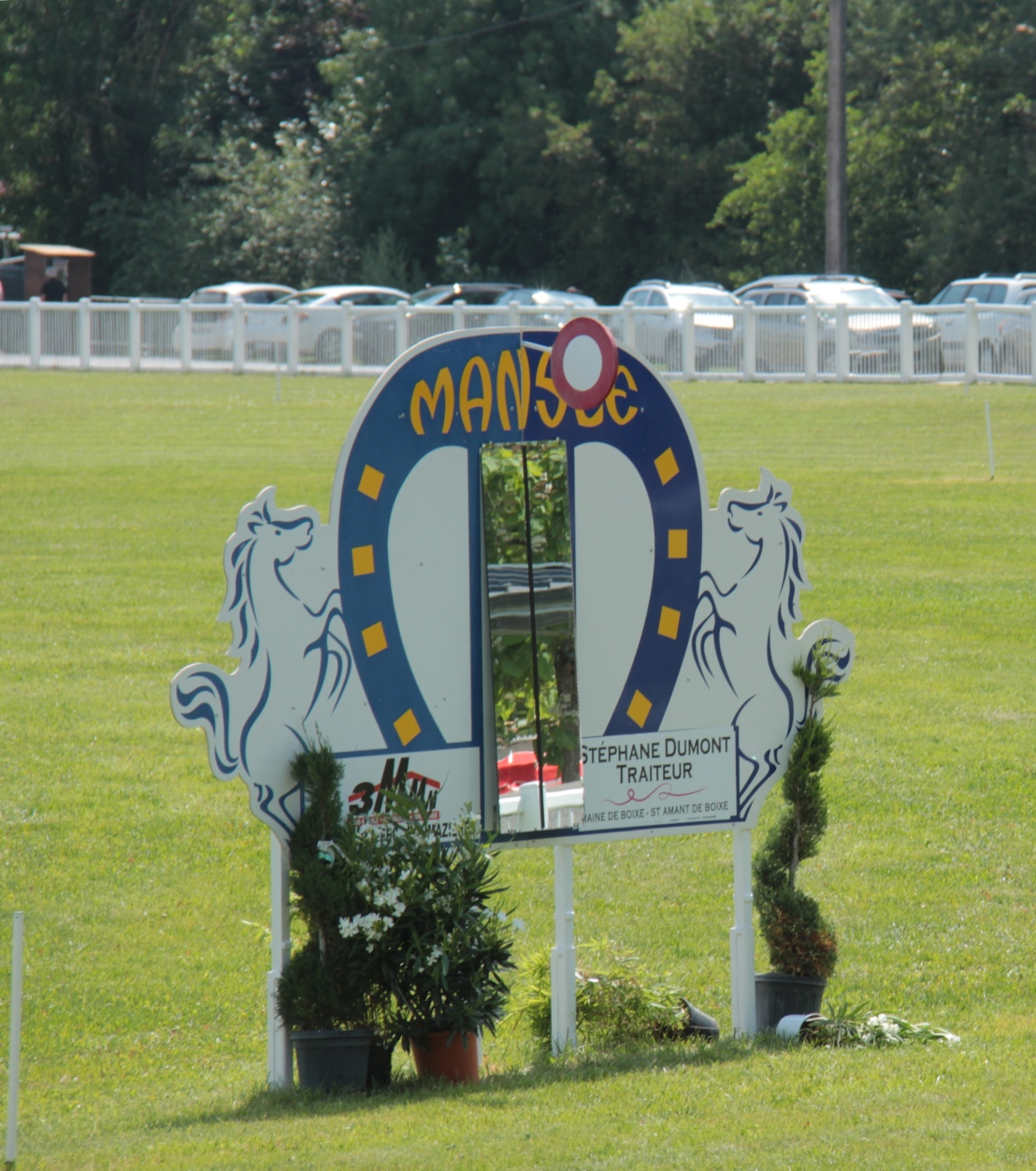 As usual we strolled around the horses’ area first and at one point we jumped out of the way of an incoming horse and cart that had just raced. We said ‘sorry’ for being in the way and the ‘jockey’ answered us in English. We chatted with him for a bit as he unhooked the horse from all its trappings – he’s actually Belgian, and it turns out he’s good friends with Philip Gilbert, one of the great cyclists on the Quickstep team. Small world! He has a second horse that would be in race number 5, and he told us that if he wins he’ll buy us a beer. 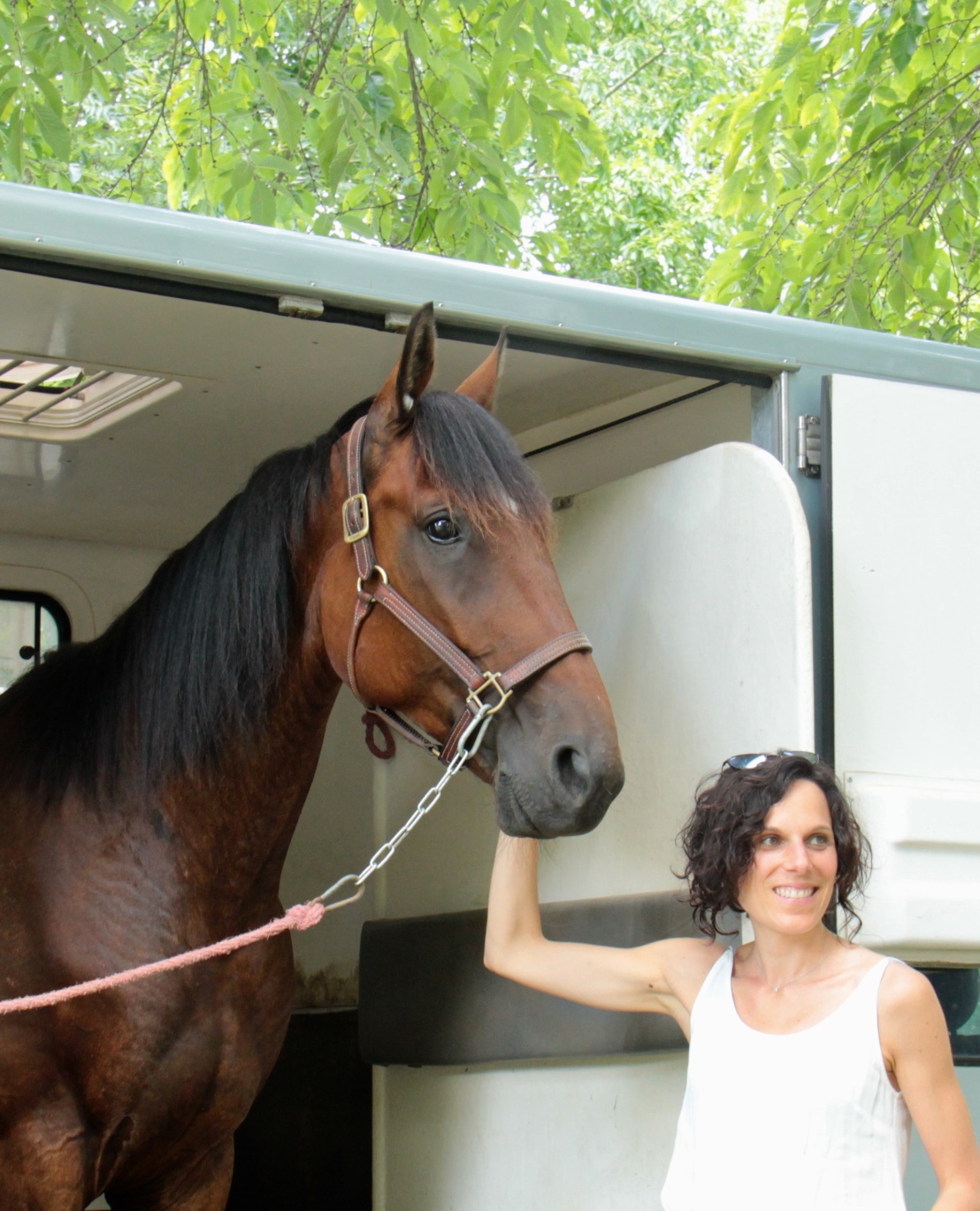 Colin actually placed a small bet on the Belgian’s horse, then we found a spot in the shade in the grandstands to watch. The first race we saw had a false-start – several horses were acting up so they called them all back and re-started.

When race number five came up we were, of course, cheering hard for the Belgian, but it wasn’t to be. He was dead last for most of the race, moving up to fifth or sixth by the finish – never bet on a ‘sure thing’, even when the trainer tells you he could win.

The last race we stayed for also had a false start – we saw one jockey sitting on the grass, having somehow been unseated, and several other horses got spooked. All of the racers eventually left the field, returning after several minutes to get restarted – I couldn’t tell if the unseated jockey had returned, however.

We didn’t stay for the last couple of races, opting instead to leave a bit early and stop at the bar for a quick drink on our way home. It’d been a very full, but quite tiring day and it was good to sit and relax for a bit with the air-con blasting.

One thought on “Two Kinds of Races”