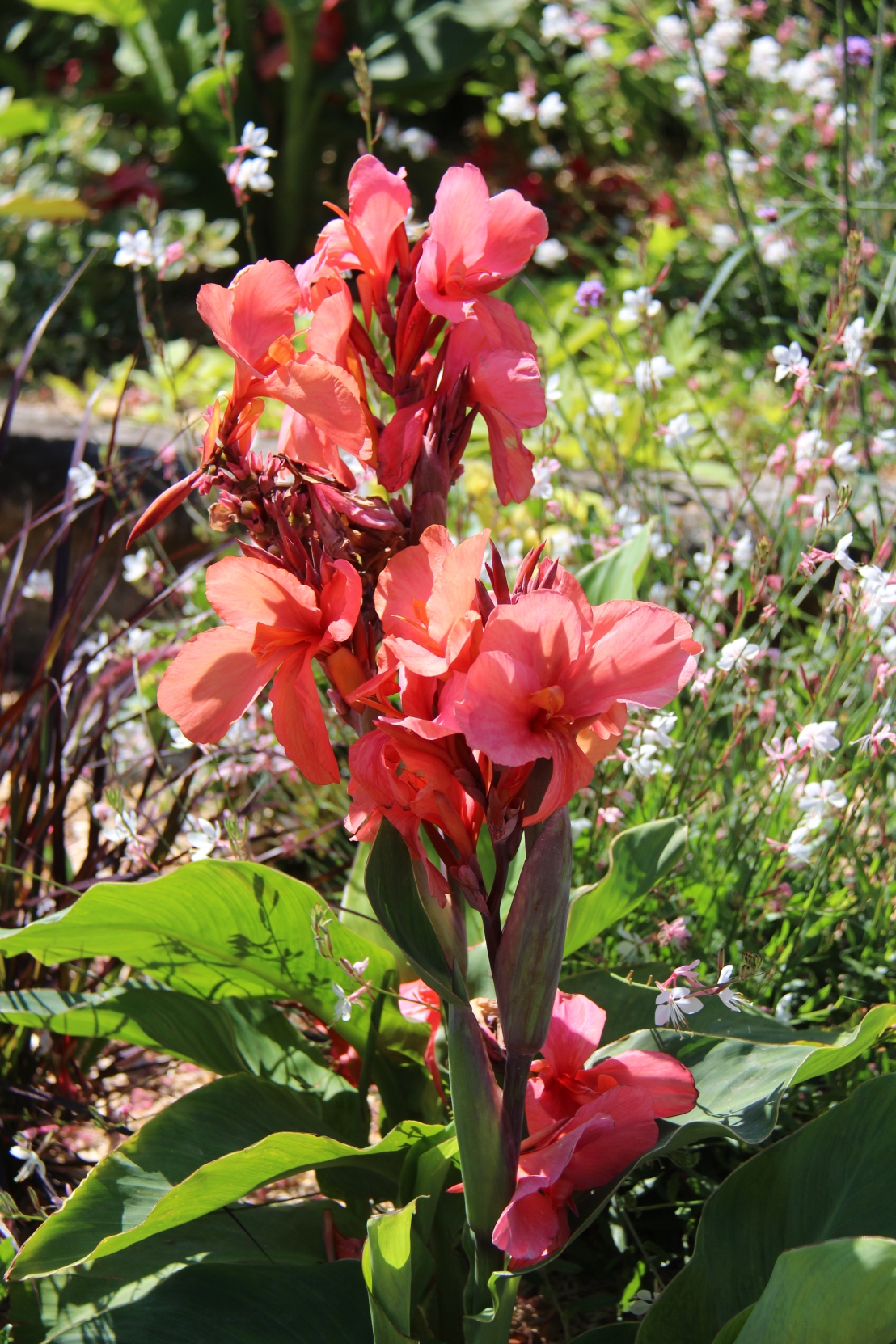 After a nice breakfast at the hotel we walked via a different route to the area the market had been in. There’s another series of nice parks along the way, and a couple of statues and displays. 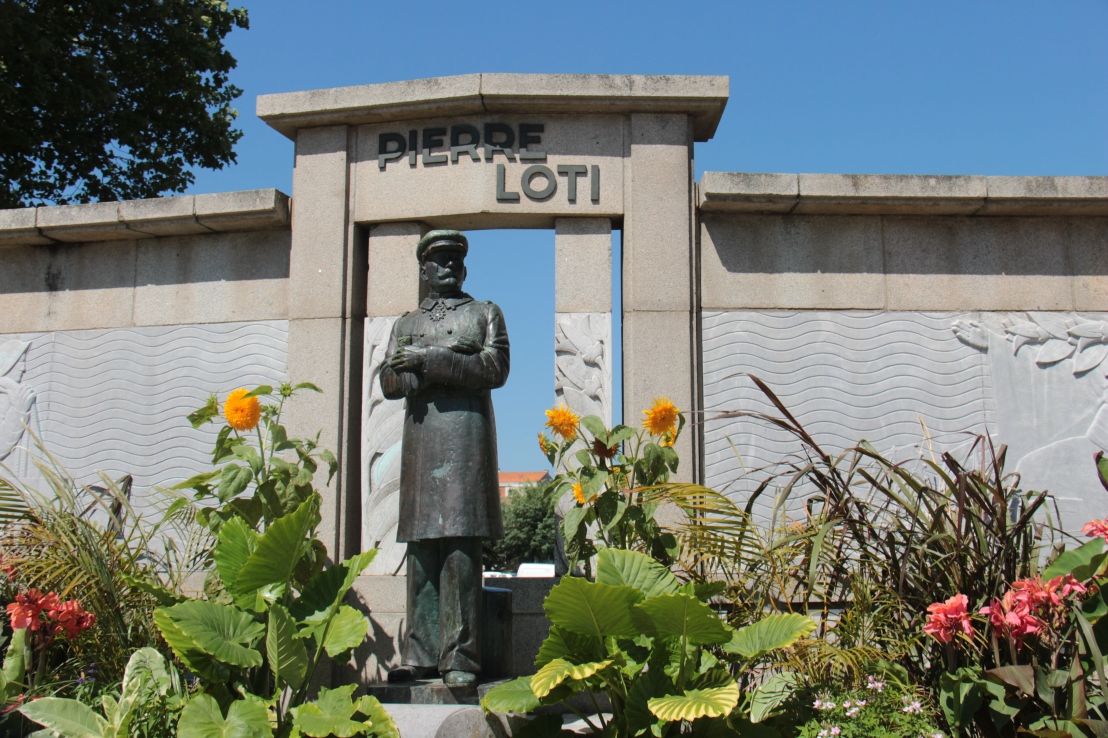 We intended on getting another Lavazzo coffee but that cafe wasn’t open so we went down another road to the main square in front of the city hall. 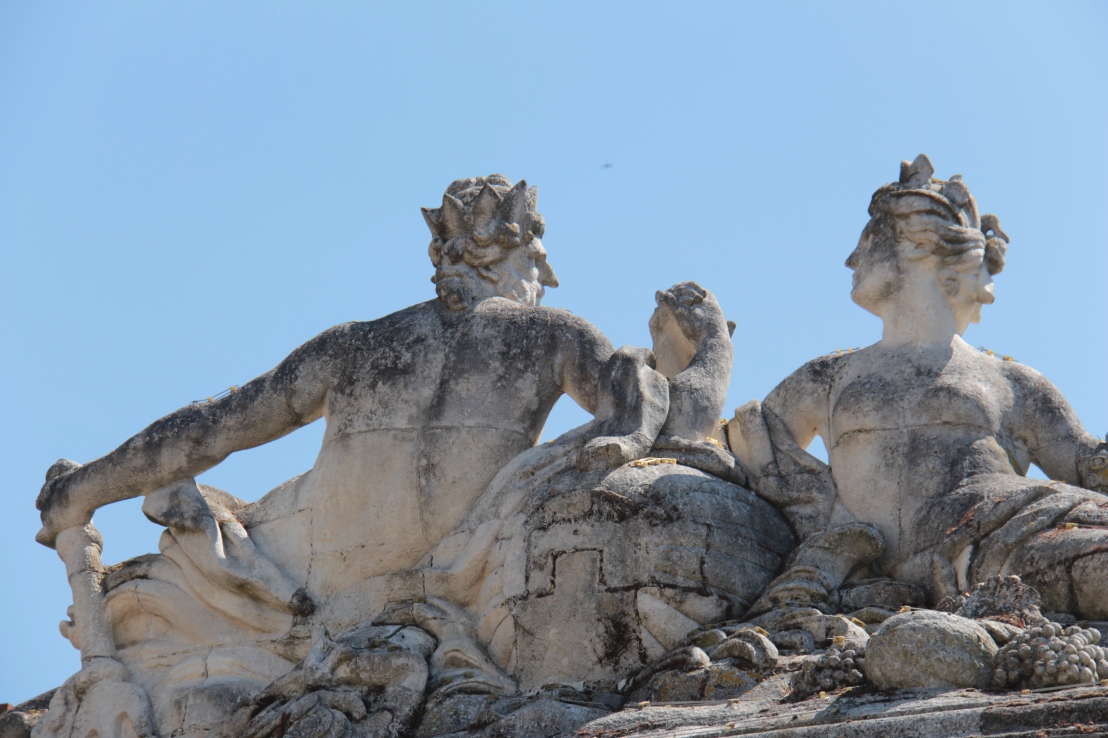 It’s got a fountain with statues on top and the large square is ringed with cafes – we chose one and had a coffee there.

It wasn’t Lavazzo, but was a different Italian kind so was still pretty good.

Walking back down to the river we stopped at another cafe and had a drink – there’s a dog at the cafe that’s really cute – he reminded me of Snoopy from the Penalty Bar. He’s got a nifty haircut – done by the owner herself – and is very amorous towards Mo, who couldn’t care less. Charlie had to be brought back inside several times.

Down at the river the barricades had been removed so we were able to enjoy strolling along the river path. I had been completely wrong about which way the river was flowing – it actually does a large loop around the town so was going in the opposite direction of what I’d thought.

We reached a marina right near the hotel, and there’s a nice looking restaurant on one side. 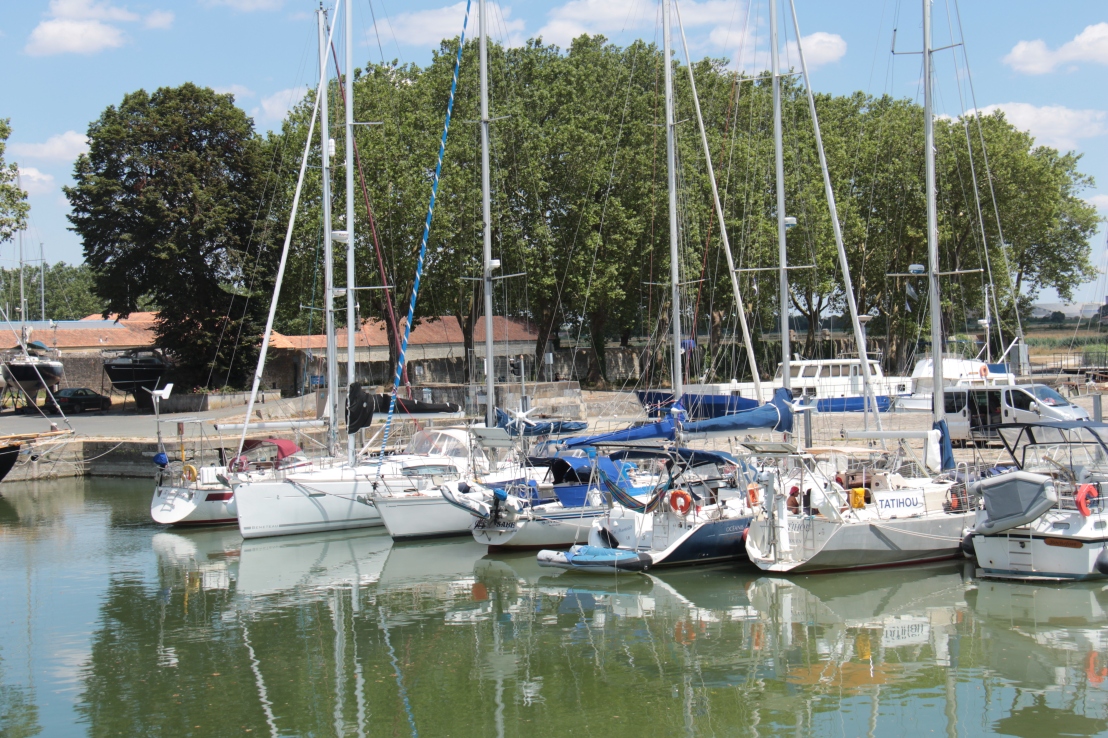 Once again we watched the day’s Tour stage on tv before going out for dinner. We went to the restaurant on the marina and it was a good choice – I opted for their burger with fries. The fries were especially tasty – they were cut in rounds and were nice and crisp on the outside – perfectly cooked and not soggy or mushy.

It was a good thing we’d gotten there fairly early as by the time we left the place was packed. It was so nice sitting outside on such a lovely evening and enjoying an excellent meal.