We managed to get away in the late afternoon – Colin drove with the local cycling club in the morning, then we ate lunch, packed up and left. I took some photos of the finished deck, which looks lovely.

We didn’t go too far as we wanted to stop in Aubeterre-sur-Dronne – Cassandra, who runs the campground in Mansle, has also taken over running the municipal campground there so we stopped for dinner. It’s in a beautiful spot, right on the river with a lovely beach and restaurant/bar. 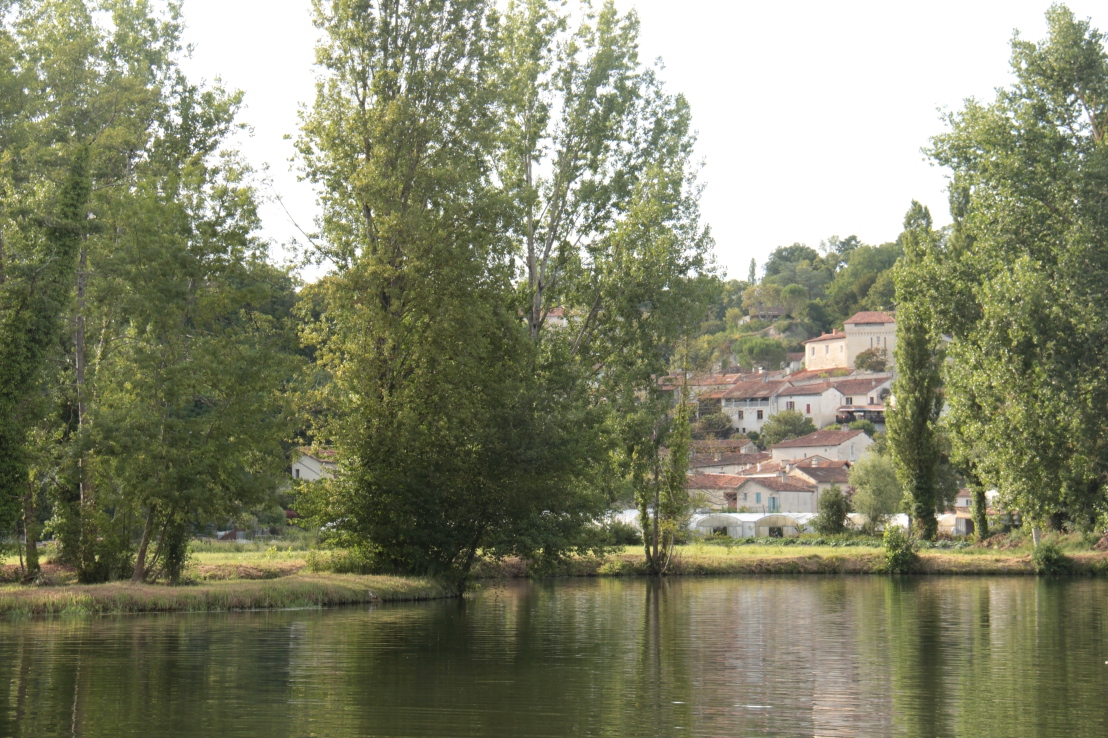 The next morning we got a much earlier start, and after once again being mis-directed by Miss GPS we were on our way south. We took quiet back roads and the sky got more and more grey, then the rain hit.

We arrived at the small campground just outside Souraide in time for dinner. It was the same place that kindly found room for us last year at the time trial for the Tour, even though they were already very full. By now it was dry enough that I actually pitched my tent for the first time this year.

We were once again on the road just before 11:00 the next morning, being in no particular hurry and with not that far to go. We went west almost to the coast, then south into Spain – traffic was horrible as, once again, we avoided the motorway in favour of smaller roads.

Once in Spain we diverted around San Sebastian and tried to find the race route and pick a place to watch from. Unfortunately we followed the arrows for several miles before realizing we were on a big loop and were going way out of our way. Turning around we back-tracked to the last climb of the race and found a campground right at the top – very convenient.