It was a somewhat stormy night, with both wind and rain but I was snug and warm in my tent. I went to the loo before retiring the night before and checked on the sink spider – it had several feet sticking out of the overflow hole but wasn’t active.

I slept in a bit, then did a bit of chi gong and some yoga – three days in a row is a rarity these days but feels good. With a late start we decided to go for a walk rather than a ride, so got to investigate the trail that leads into a forest just down the road from the campground.

It was a very nice, peaceful place – nice smooth walking trails, lots of benches, little info placques here and there describing the local flora and fauna. We walked until the nice smooth trail became smaller and smaller, then turned back and went to our favourite cafe for a coffee.

Back at the campground a couple of hours later we watched as several other campers arrived, one of which was a cyclist on an electric bike and another couple in a van. The van had french plates but the couple was actually british but now live in the french alps – we had a very nice chat with them when they first arrived. 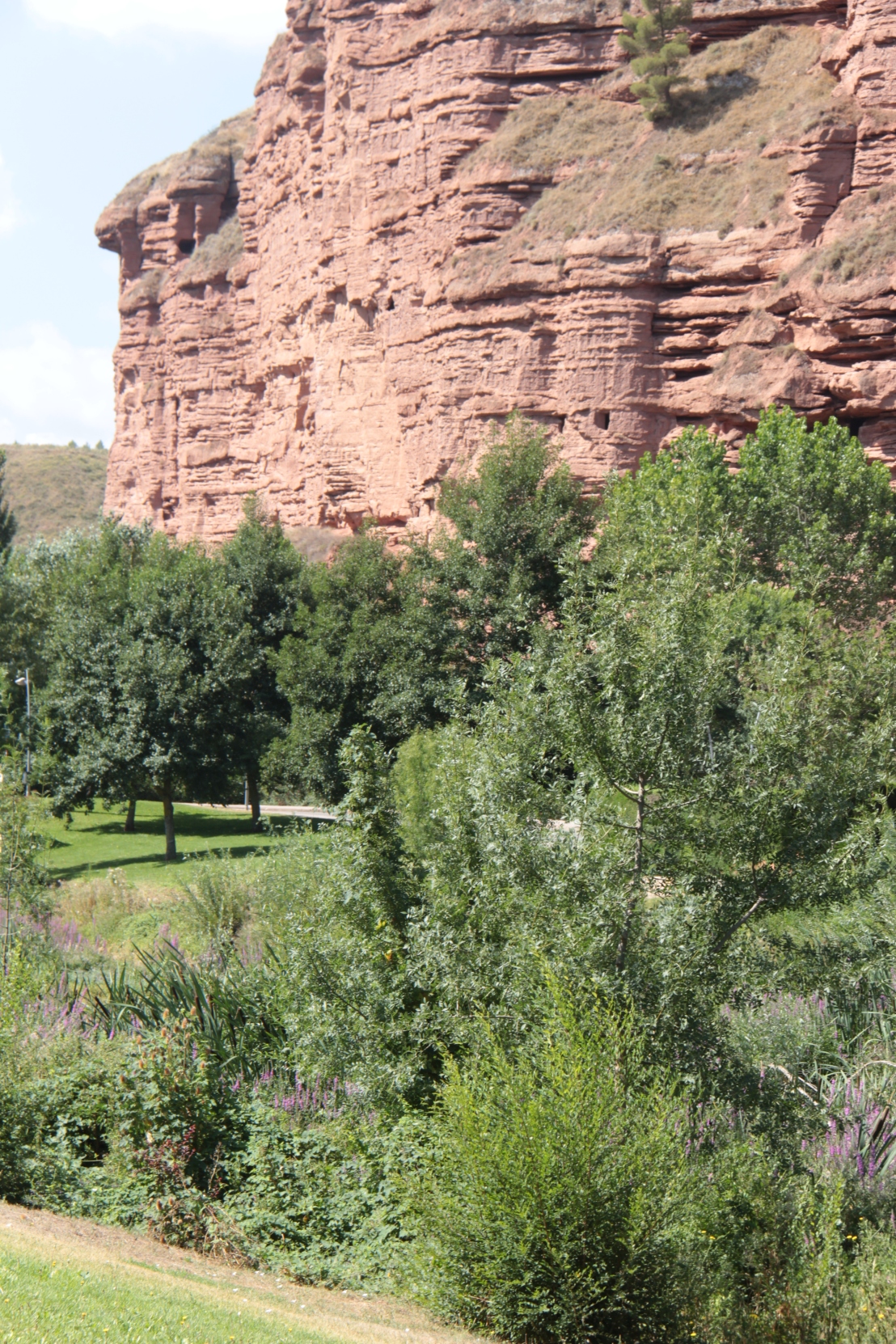 We had a really nice pasta with mushrooms along with salad for dinner, then went for another evening out at the cafe/bar. Once again it was very busy but we managed to get an outside table when someone else left. I told the owner we were leaving the next morning – he’s going to miss our business (ha ha).

In the morning we did get away at a decent time – it had poured rain during the night so some of my tent stuff was soaking wet but we weren’t going that far and I was able to spread everything out to dry when we arrived at a campground just southwest of Burgos.

Most of the drive was basically following the Camino Trail – at least the ‘main’ one – there were signs and walkers everywhere. Sometimes they’re on a little path of their own but every once in awhile they’re right on the side of the road. 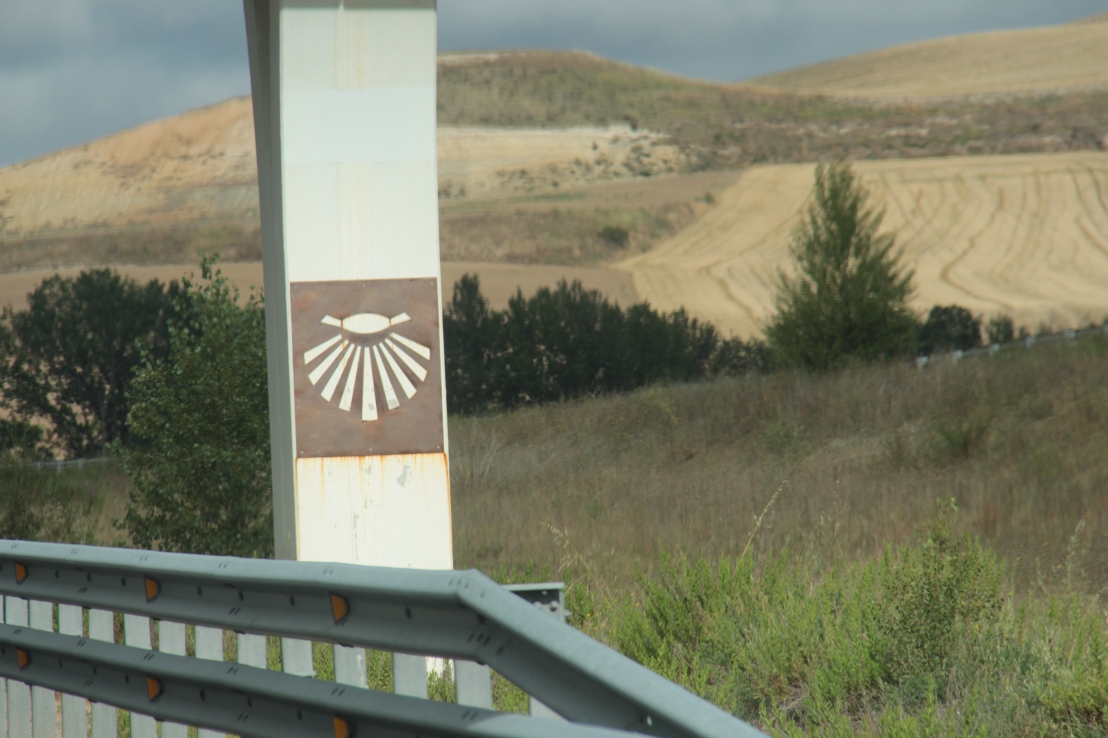 We spent a quiet day just hanging out – had lunch at the campground’s restaurant and continued reading an excellent little book I’d picked up at the Charity shop several weeks ago. It’s called ‘The Little Coffee Shop in Kabul’ and I’m really enjoying it.

The next day was super exciting – we went into Burgos to get our photographer accreditations. We both got our photo credentials as well as stickers for the van and detailed race books – there was only one official photographers bib left so we’ll have to fight over who gets to wear it. 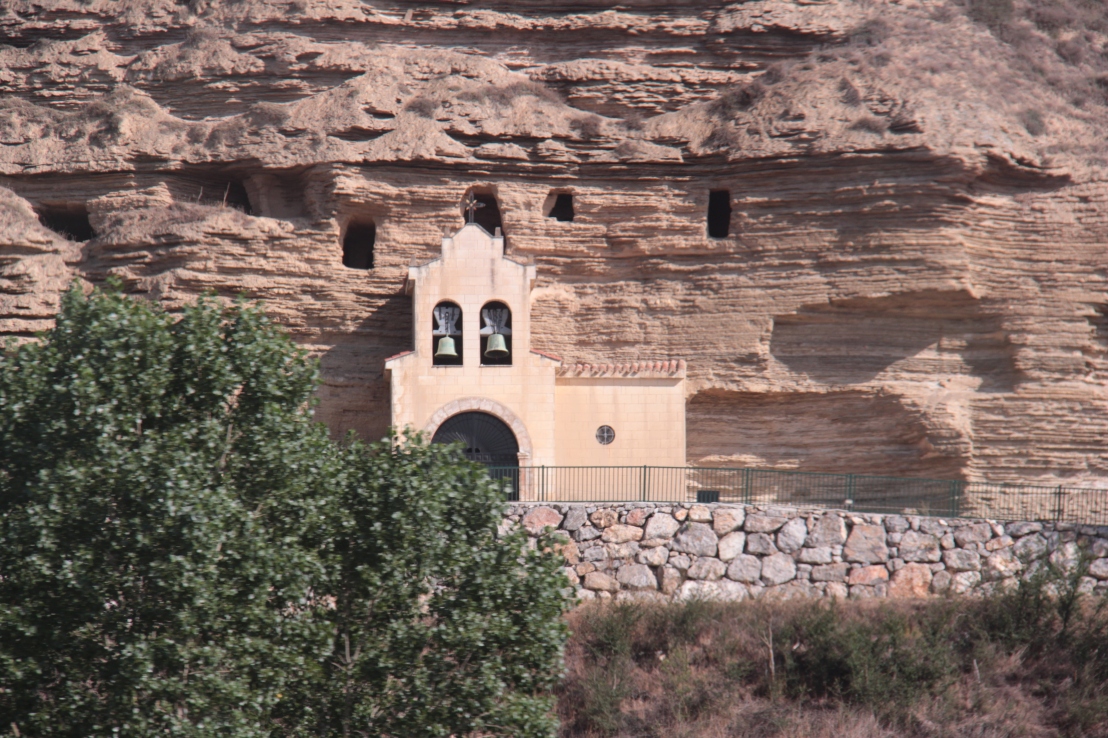 Back at the campground we spent some time going over maps to plan where we want to be for each stage, then I translated some of the info we’d been given to make sure we ‘knew the rules’ – basically we can get ‘race radio’ on Colin’s phone, and with the van’s stickers we’ll be able to drive and park where most people can’t. With the photo credentials we’ll be allowed to go ‘behind the scenes’ – it is so exciting I can hardly contain myself – I hope I can sleep tonight so I’m not a total zombie tomorrow!

3 thoughts on “Preparing for the Vuelta a Burgos”