Waking early we went for a ride before the day got too hot, Mo happily ensconsed in her royal carriage. We followed the road right outside the campground south until it turned into a wide dirt path, then continued on until it curved around and ended at the main east/west road.

We came back to Najera rather than going too far – there’s a market on today in the square by the footbridge and we didn’t want to miss it. We did have time to pass by our favourite cafe for a ‘cafe con leche’ first, however.

The market was fairly large, but was 95% clothing and shoes – mostly knock-offs of designer stuff like Calvin Klein and Polo, although the logos weren’t quite right.

After strolling through the market we crossed the footbridge and headed back to our cafe where we had refreshing beverages and a bit to eat. I chose the calamari which was, as expected, a little on the greasy side but tasty enough with the olive oil dip. 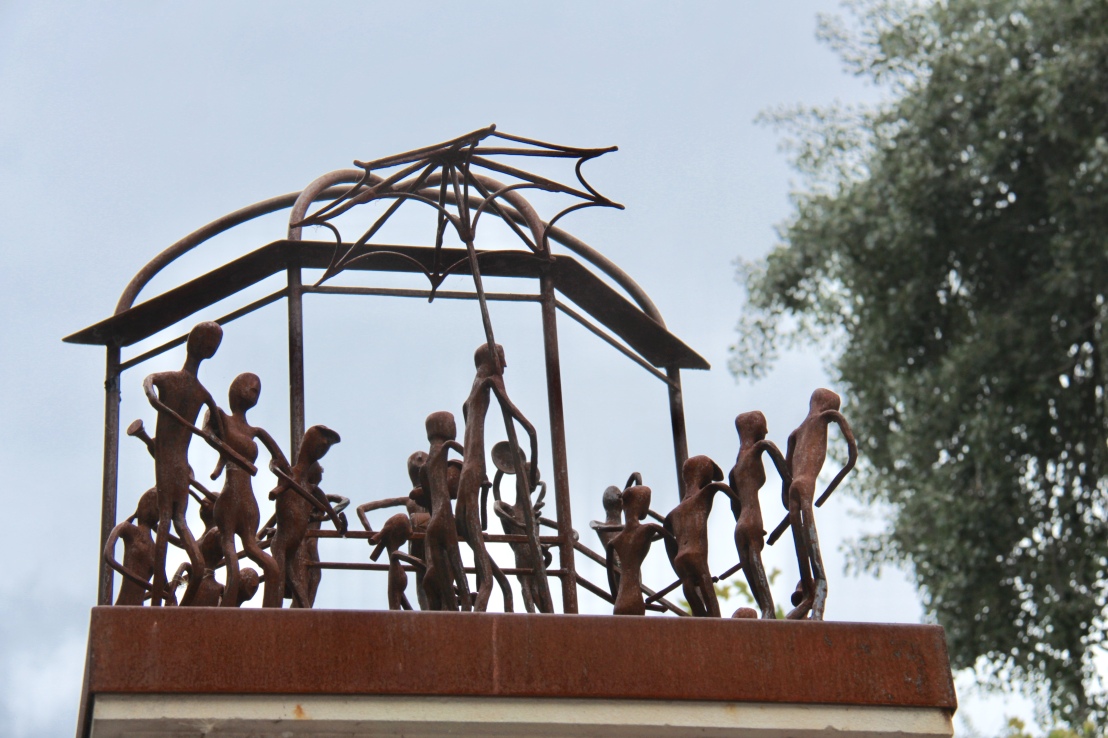 After a short nap in the heat of the afternoon we roused ourselves for a nice dinner of marinated mushrooms and salad, then back to – guess where?? – the cafe/bar. I face-timed Dominic but he was at work so all he had time to tell me was that he was smoking busy and the kitties were fine – good news. 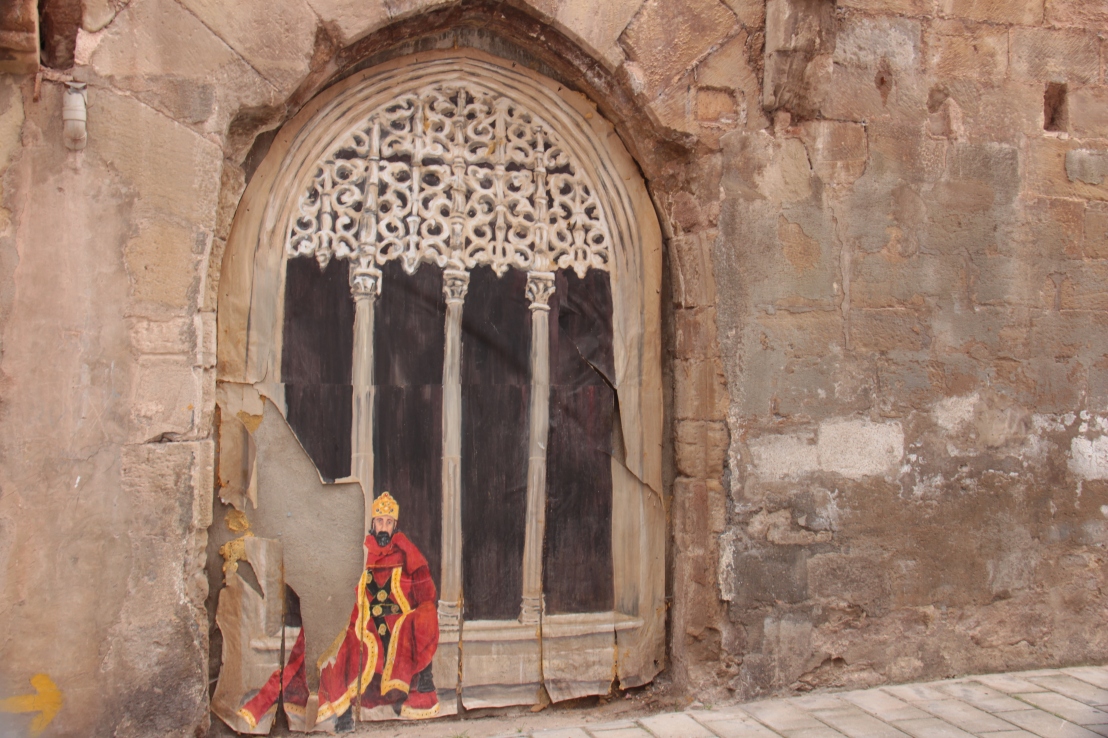 The next morning I had a bit of a fright in the washroom – I was just about to brush my teeth when I noticed a movement out of the corner of my left eye. As I looked at the sink next to mine I saw several long shiny black legs sticking out and wiggling about in the overflow hole – I gave a little scream, then settled down. It looked like the spider was backing into the hole and trying to hide itself – I decided not to kill it, but definitely kept an eye on it – I actually moved to a sink on the other side of the space but kept checking on it every few moments. Judging by the length of the legs I really wasn’t keen on seeing how big the whole thing was and hoped it would stay in it’s hidey-hole and not come looking for larger quarry.

Since we weren’t up quite as early as yesterday we went for a slightly shorter ride, mostly through various side streets of the town. We found the Camino but didn’t bother riding up it, opting instead to go for a coffee – always a good decision.

On the way we stopped at the local monastery, but they wanted money to go in and see their gardens so we passed on that. Two travelling cyclists outside made a fuss over Mo, even taking her photo as she posed in her Mo-bile.

We decided to drive somewhere for lunch so headed for a nearby village but all we found was a small cafe so continued on instead to Santo Domingo de la Calzada. As we approached the town we passed the other campground that we almost stopped at on Tuesday and agreed again how glad we were that we weren’t there – not only was it right on the motorway but it was huge, and almost 4 km from the actual town. Where we are in Najera is very small and a tad unkempt/rundown, but kind of charming and easy walking distance to cafes, bars, etc.

We walked around a bit and chose an outside table at one of the many cafes – Colin got a seafood paella while I chose a pizza – both good options as it turned out. The food took a bit long to arrive, but was worth the wait, except that it meant we were still there when two ladies arrived for their lunch a few tables away and proceeded to poison us with their filthy, disgusting cigarettes. I read just yesterday that Barcelona has outlawed smoking at outside restaurant tables and dearly wish they would do the same here. Two smokers ruined the air for 13 or 14 other diners, none of whom were smoking – how is that fair? And why is it ok for some strangers to poison the air that I breathe?

Back at the campground after lunch we tried to do laundry in their machine – unfortunately it is ‘kaput’, but they did give Colin a nice little booklet with a map that showed where a laundromat was.

Having gotten the laundry done we hung it to dry just before it started raining – we pulled the drying rack under the canopy of the campervan hoping that the strong wind would be enough to dry it eventually.

During a break in the rain we took the opportunity to walk to our cafe for a glass of vino – it was very busy but we managed to get a table outside. When the rain started up again we moved inside for shelter – the place was just packed and the owner was cooking up a storm on the grill. We were still full from our lunch so didn’t get any food but it did smell good.