It rained off and on all night, and at one point a bird (or something) tried to peck its way inside but gave up after awhile. And we now have a pet spider in the bathroom and I decided to let him live – he’s just under the mirror and mostly is staying in a corner so for now at least he’s safe.

After our usual morning tea I had a bit to eat then took a walk down the hill from where we’re parked. Right before the bottom there’s a sharp left bend, then a narrow stone bridge before a sharp right bend – perhaps a good spot to take photos from.

The elite women race today and will be covering the circuit three times, with the elite men tomorrow doing seven rounds.

The english bloke in the vw van next to us needed Colin’s battery jumper to get his van started – he thinks his fridge ran his battery out. We’re very fortunate that Colin’s van has not only two solar panels but also gas for the fridge. 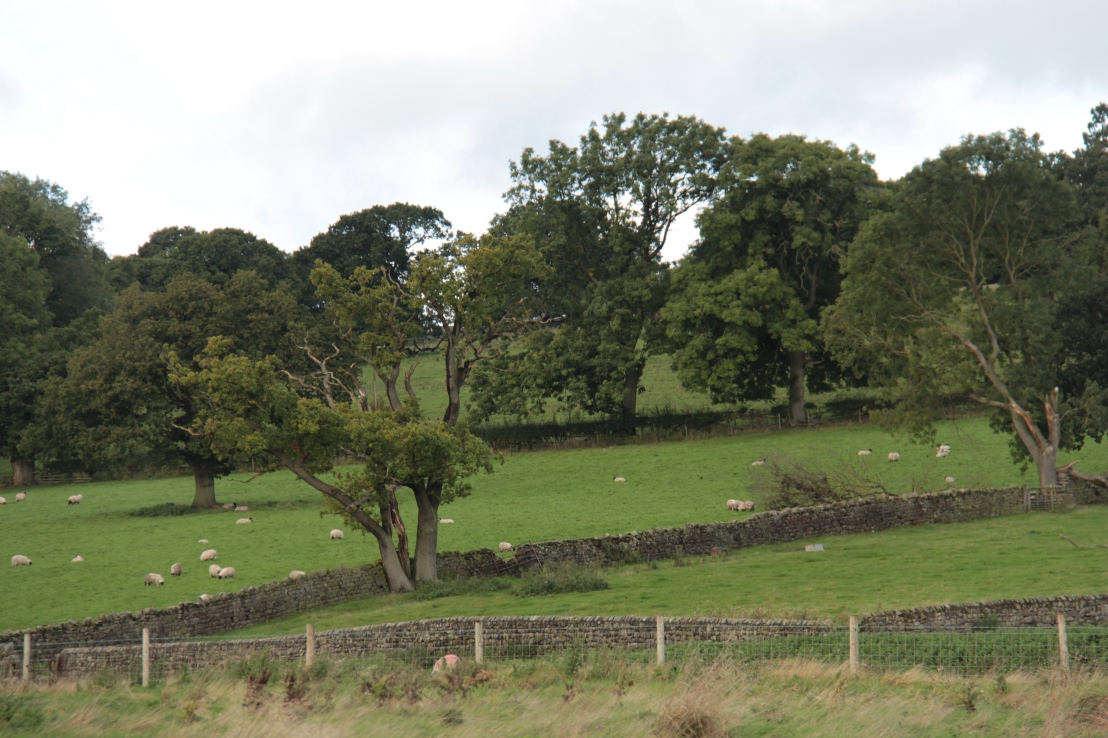 Our friendly neighbour is a very keen cycling fan, especially the british teams including the dreaded team Ineos (formerly Sky) – I kept my mouth shut for once and didn’t even mention jiffey bags or huffy-puffies.

For a few hours the men’s teams were going by on practice runs – some of them three or four times around. I took a walk up the road just before noon – we’re not that far down from the extortionist cricket club grounds.

Just past the grounds is a sharp corner that the racers will be coming around, and straight ahead is the side road that leads to the village of Beckwithshaw. There were course marshalls there who told me that there was an nice little pub right across from the church and they do an excellent Sunday lunch, although you should book ahead as it’s very popular.

They closed the road to traffic right at noon, even though the race isn’t expected to arrive for the first round until at least 2:30. The sun was trying very hard to overcome the clouds and I’m optomistic that the race won’t be done all in the rain, although it is very windy.

I have been wearing my winter coat, and glad of it – I even had my icelandic wool hat on in the morning, although I’ve managed without gloves or boots. After we’d both had lunch we got our cameras and things together, said goodbye to Mo who had to stay behind in the campervan, and headed down the hill.

We intended to get to the stone bridge, but were thwarted by overly zealous course marshalls who told us it was an ‘exclusion’ area and we couldn’t go any further. We ignored them and continued on down the hill to the first corner right before the bridge. 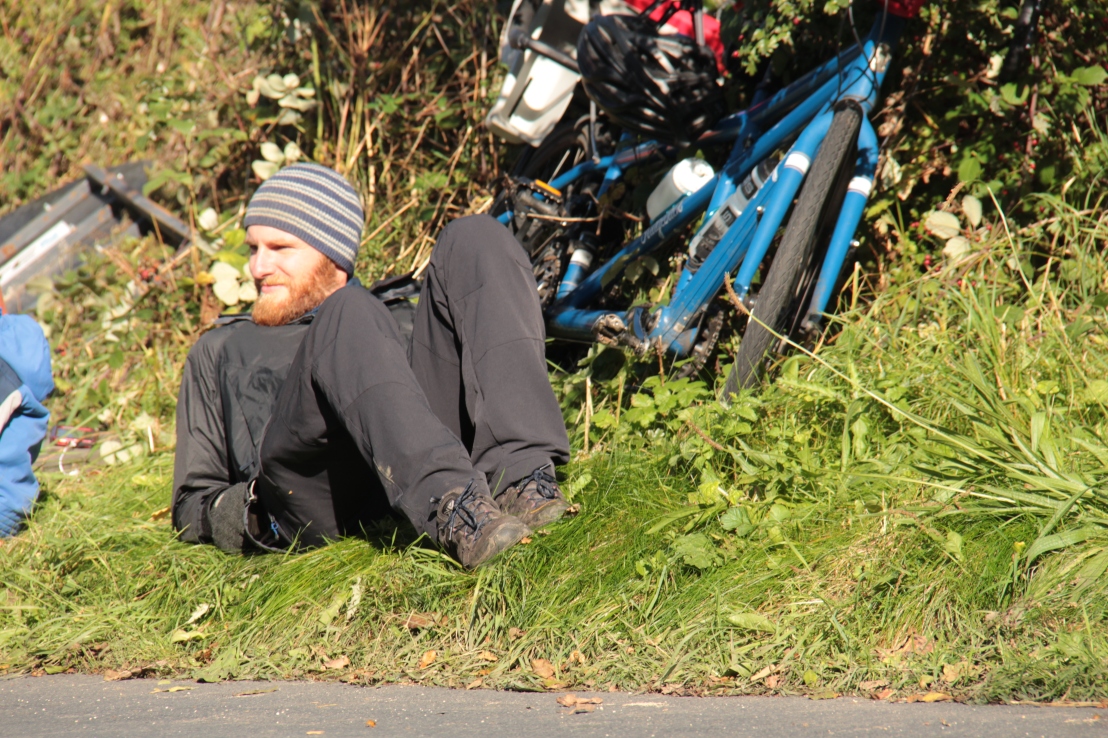 We were then told by another marshall that we would be ok as long as we stayed just before the corner, but shortly after that another even more zealous marshall made us move. We ended up following another fan around the corner and across the bridge, which was where we had really wanted to be to begin with. We once again saw the photographer with the big hair that we’ve seen several times now going back to last year’s Vuelta a Burgos.

We found a nice spot just after the bridge and settled in, along with a nice british couple that had run the same marshall gauntlet as we had. We had a short wait before the first racer reached us – a lone Dutch rider quite a ways in front of the rest, with her lead growing each time they came by.

After the last rider passed we hoofed it back up the hill to the campervan and Colin struck up a long conversation with another brit – it turned out that they knew a lot of the same people and they had a good chat while I warmed up inside with Mo.

We had a lovely dinner of salmon, mashed potatoes and sugar snap peas, then another early night.

2 thoughts on “Elite Ladies get Sunshine”