We had a few fairly quiet days, going out for one nice ride to Droitwich. We took what was supposed to be a back road that turned out to be quite a bit busier than expected due to roadworks on another route.

We ended up at a nice coffee shop in one of the main squares, sitting and visiting at an outside table with a friend of Colin’s. When I went inside to order our cappuccinos I was shocked by the cost – they were very large, but we’re not used to paying nearly so much.

Riding back I split off to ride the canal while Colin and Mo continued along the roads.

We had planned to leave on Tuesday morning to go up to Yorkshire in time for Wednesday’s men’s ITT at the world championships in Harrogate, but Colin started to feel poorly – he must have picked up a stomach bug or something.

We’ve contented ourselves with watching most of the races on tv, and I haven’t been for any more bike rides because of the intermittent rain. Mo’s feet seem to be almost all better – she no longer minces her steps when she walks, thanks again to Nova Scotia Fisherman’s Rescue Balm. 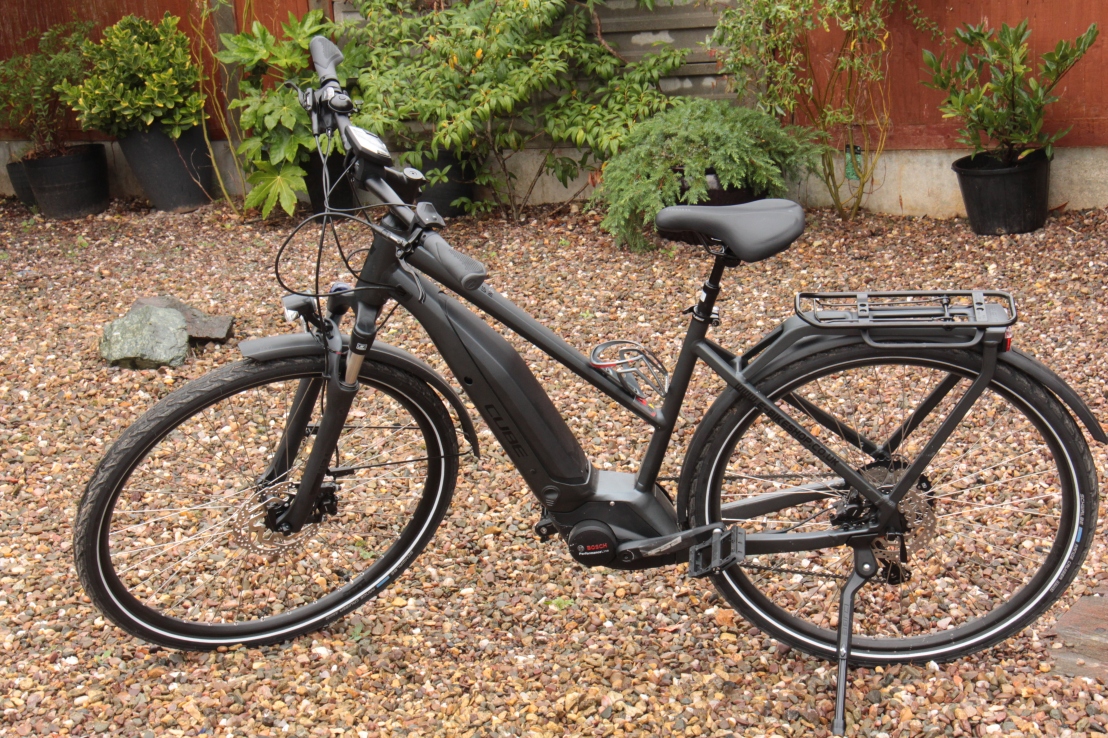 We got up fairly early on Friday and packed up, but at the last minute decided not to bring the bikes. There’s nothing but rain forecast for Yorkshire so we likely won’t be riding anyway.

I had a very good map of the race route for Sunday – all of the road races are using the same finishing circuit that ends in Harrogate, they just do it a different number of times. We followed part of the circuit, saw a couple of likely places to park, then went to find a store – which wasn’t easy. 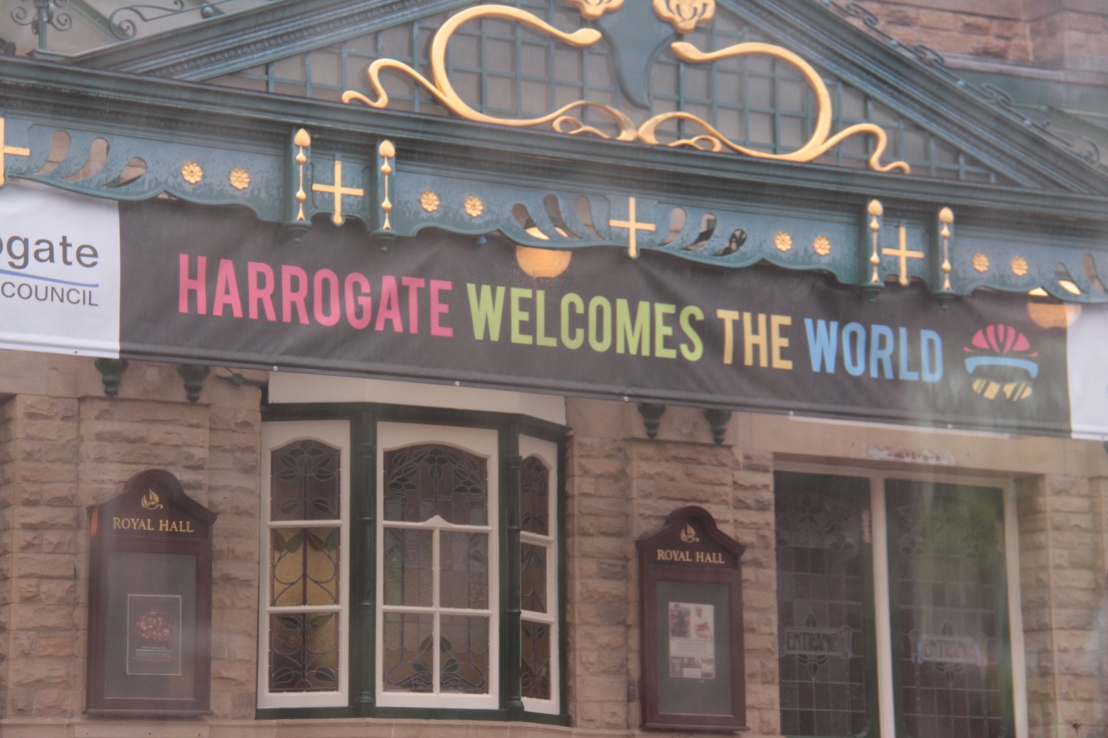 Harrogate looks like a lovely town, but there was no where for us to park and half of the roads were closed for the races. We ended up going to the nearby town of Knaresborough where I spotted a Lidl’s out of the corner of my eye so we were able to stock up on supplies. We also took the time to have lunch in their parking lot before heading the few miles back to Harrogate.

Getting back the the area we’d chosen wasn’t easy as the gps kept trying to take us right through the town centre with all of its closed roads, so we eventually just headed south a bit towards Leeds before making our way back to the circuit. 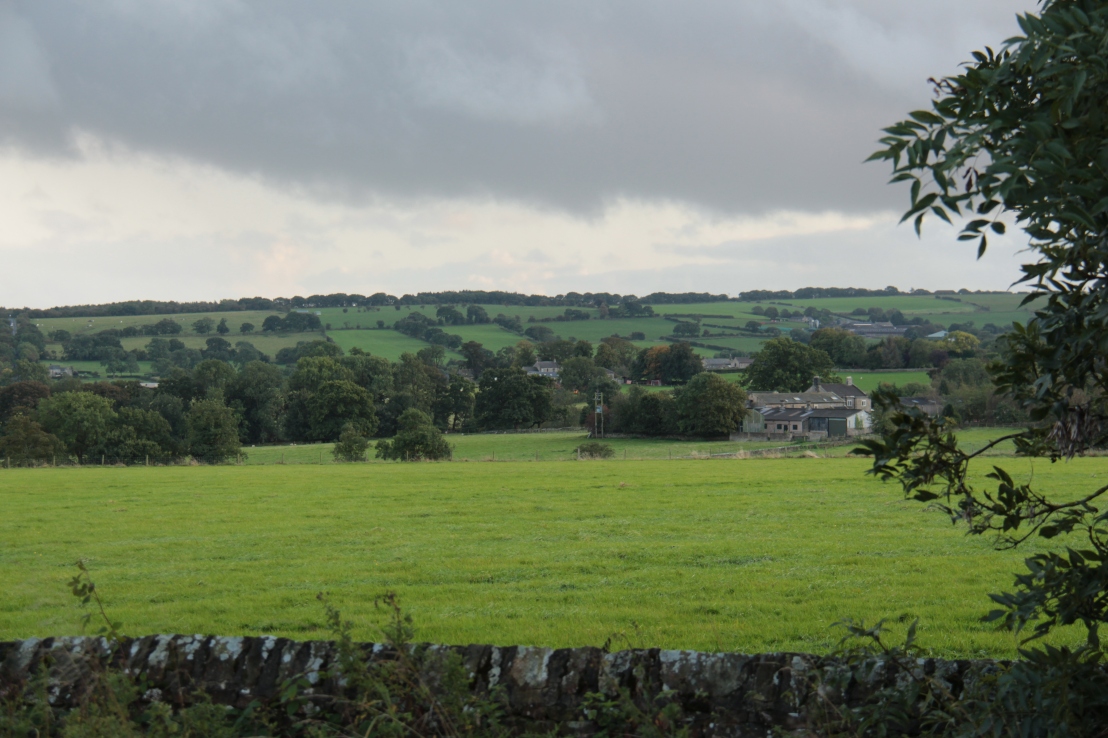 We arrived to find the road still closed – we even saw the last few Under-23 racers pass. The course marshall wasn’t able to open the road for almost 45 minutes, and by then there was quite a lineup of increasingly impatient drivers behind us. 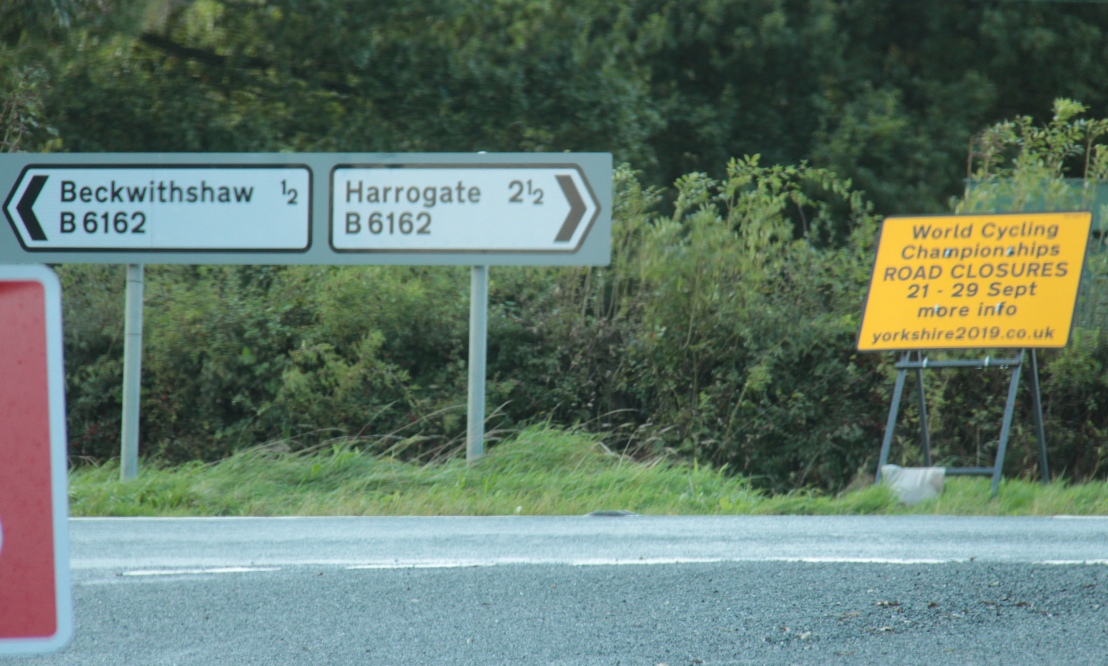 Finally we were let through and went straight to the cricket club that was right around the next bend. They were letting campervans park in their field but when we heard the price they were asking we turned around and went further down the road.

The was a small pullout area next to an old stone wall in front of a farmer’s field and with only one VW van there we had lots of room.