I took a couple more very nice bike rides around the area, and on one I stopped at La Fonte Di San Constanzo which is just below Castello Delle Forme.  Colin has successfully negotiated purchase of the cellar and that’s very good news – still hoping to get the empty lot next to the terrace but may have to be patient.

The tiger lillies on the terrace have blossomed and they’re a lovely shade of yellow.

We finally were able to leave for our trip to Sicily and I’m very excited – this was supposed to happen months ago but was, for obvious reasons, delayed.  Having been ‘forced’ to spend so much extra time in Papiano did make us both appreciate the little village and our neighbours even more, and in a way we’re grateful for the extra time.

We got away at a decent time on Wednesday morning, having done a lot of the packing up the previous day.  We decided to avoid the toll-roads and main highways in favour of smaller, slower roads, so went south to Terni then southeast to L’Aquila, passing through some very beautiful countryside. 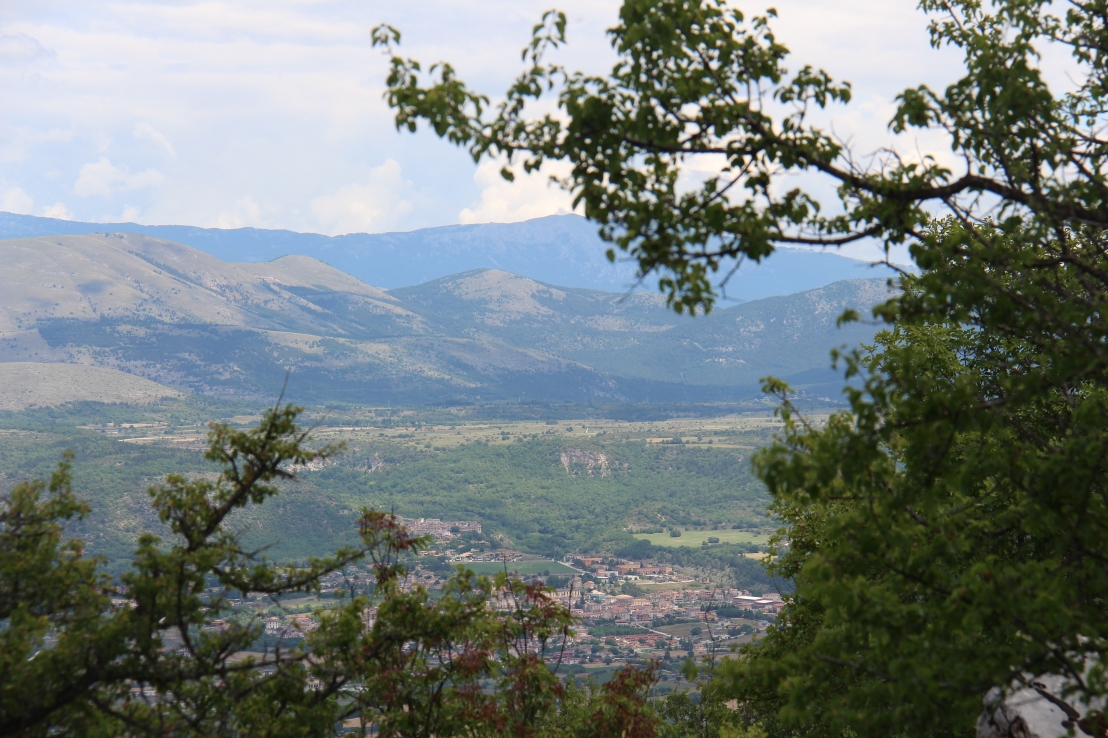 We stopped for a bite to eat just south of L’Aquila, then continued south to Avezzano and eventually reached the west coast near Salerno.  We drove south along the coast until we came to a campground near a beach and decided to call it a day.

The beach access was only a short walk away, and we watched the sun set over the sea –  a nice end to a nice, but kind of long day.

We got another decent start Thursday morning but didn’t cover nearly as many miles.

We followed the very winding coast road south passing through Paestum and Agropoli before stopping in Acciaroli for cappuccino on the beach.

Feeling refreshed we continued on along the beautiful coast, stopping again at Marina di Casal Velino for lunch. 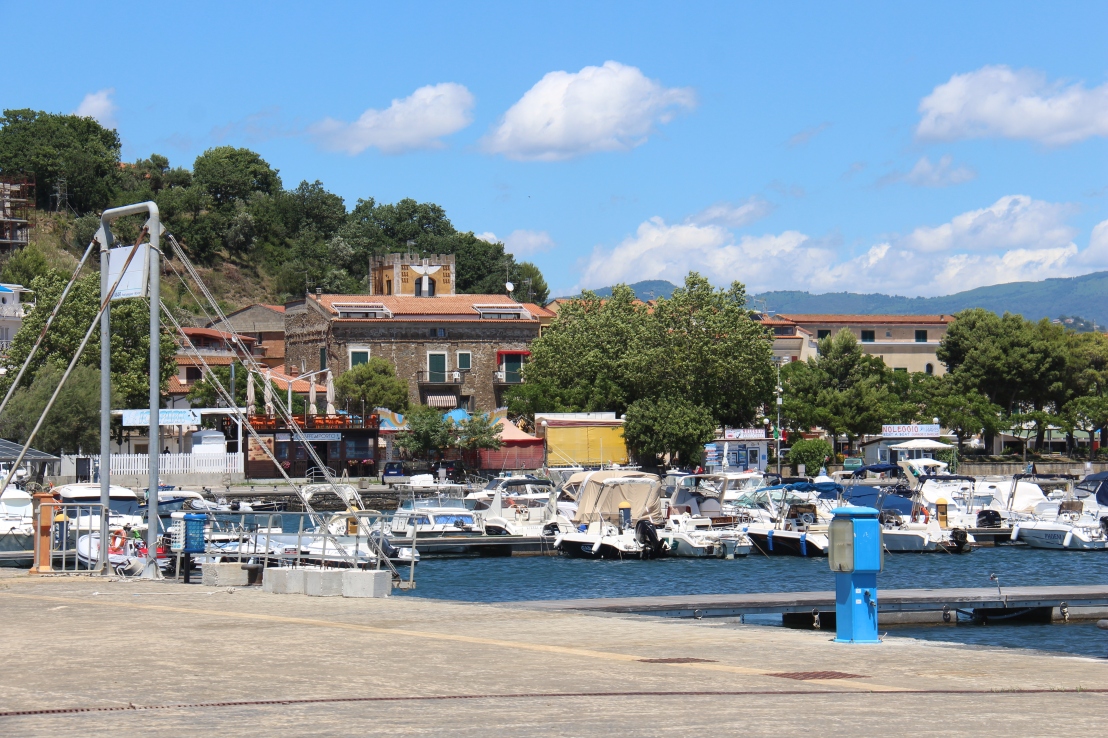 While walking along I spotted what I think must be one of the worst advertising ideas ever – what does this look like?  I believe it’s supposed to be a croissant being dipped in coffee, but to me it looks like a giant turd – we kept walking. 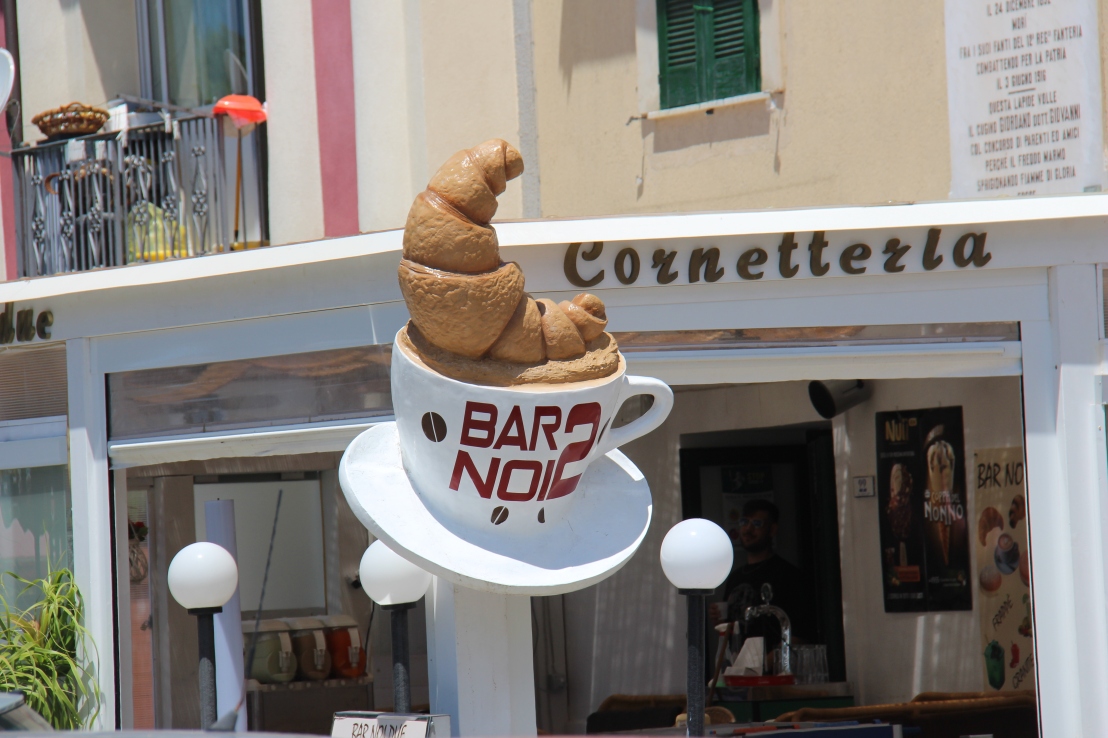 We settled on a nice looking restaurant next to the marina and got an outside table so the doggies could join us.  We were both very pleased with our choices – Colin got the spaghetti with scampi and I chose the pasta with ‘fruits of the sea’.

My jaw dropped when I got my dish – it was so huge I couldn’t believe I would be able to finish it, but I did – with only a little help.  It was three kinds of shellfish on a bed of vermicelli with a delicious tomato sauce – just wonderful.

At one point we stopped again so the dogs could have a little break, and across the road was a large garbage bin with a sign saying ‘environment = tourism’, and apparently they don’t empty the bin very often as there were dozens and dozens of bags of trash lining the edge of the road around it.

A little further on there were concrete barriers on the road, placed so that larger vehicles couldn’t proceed.  The two cars in front of us went thru, and there was just enough room for the campervan – we soon found out why.  For a couple of km the road was buckling and starting to crumble with small landslides along the edges – slow going, but we made it safely to the other side.

We stopped for the night at a free spot right across from the sea in Praia a Mare.  We had a drink at a seaside cafe, parked the campervan and went for a nice walk along the boardwalk.

There are nice wide walking and cycling paths, and an outdoor gym area right near where we’re parked. 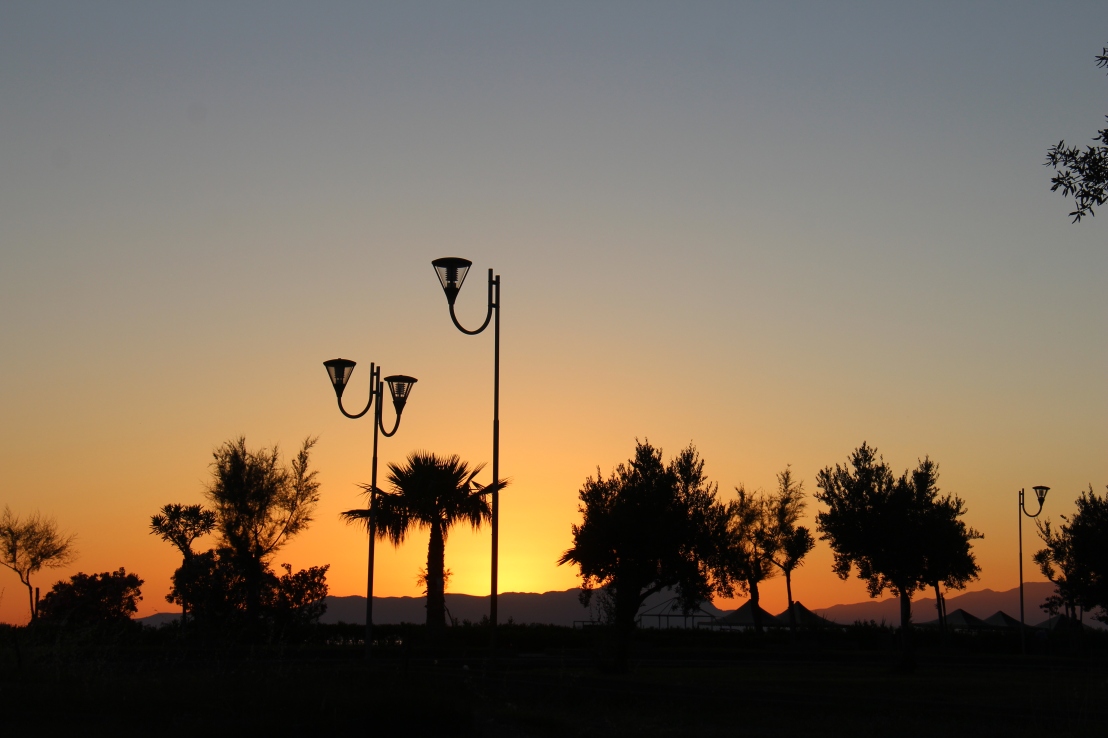 2 thoughts on “Finally on Vacation – Sicily Here We Come!”