As you come into San Leone there’s a sign that caught our attention – it reminded us of both the trumpster and his enabling wife’s grammar.  If it had said ‘bigly best’ it would have been perfect, but it was close – hahaha! 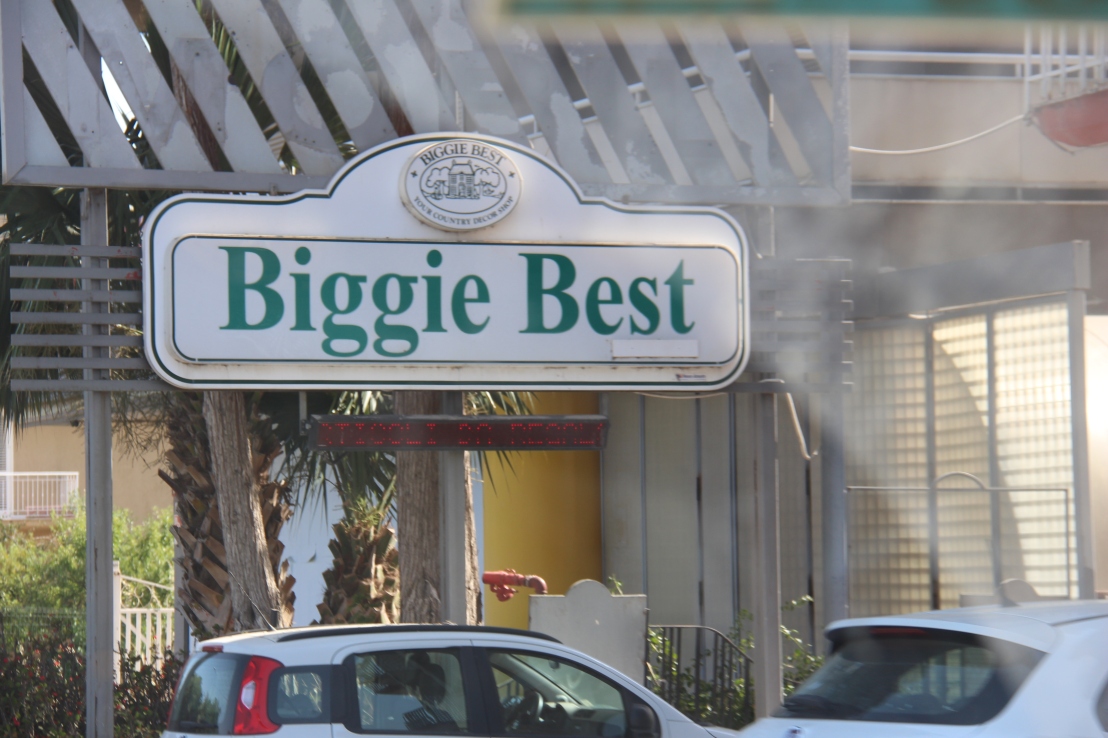 We had a fairly quiet day yesterday, only venturing out for groceries and to the pharmacy.  I originally thought that a bone might have been broken in my left hand, but because I can wiggle my fingers and even bend them a bit I suspect it’s only badly bruised underneath.

The swelling on the hand, which at one time was from an inch or more below the wrist all the way to the fingers had subsided some, but the larger of the two bite wounds had started to ooze puss, thus the visit to the pharmacy.  The fellow I saw looked at my hand, and I told him what happened over the last few days and was given two things – a clear liquid that foams/bubbles only over the open injuries, and an iodine-like liquid.  Hopefully together they will take care of the infection, and I won’t get lock-jaw either!

Today we did one of our few ‘touristy’ things and visited the Valley of The Temples.  It’s not actually in the valley, but rather on a ridge below the modern city of Agrigenta.

It must have been a very important centre for the ancient Greeks as there are several major temples and other things built over a period of a few hundred years starting around 2500 years ago or so.

We’d planned well and got to the site just after it opened at 8:30, and were well prepared with water, both for ourselves and the doggies.  There were once again resident stray dogs, but mostly only near the entrance, and luckily they weren’t at all aggressive, although both Henry and Mo had a good bark at them. 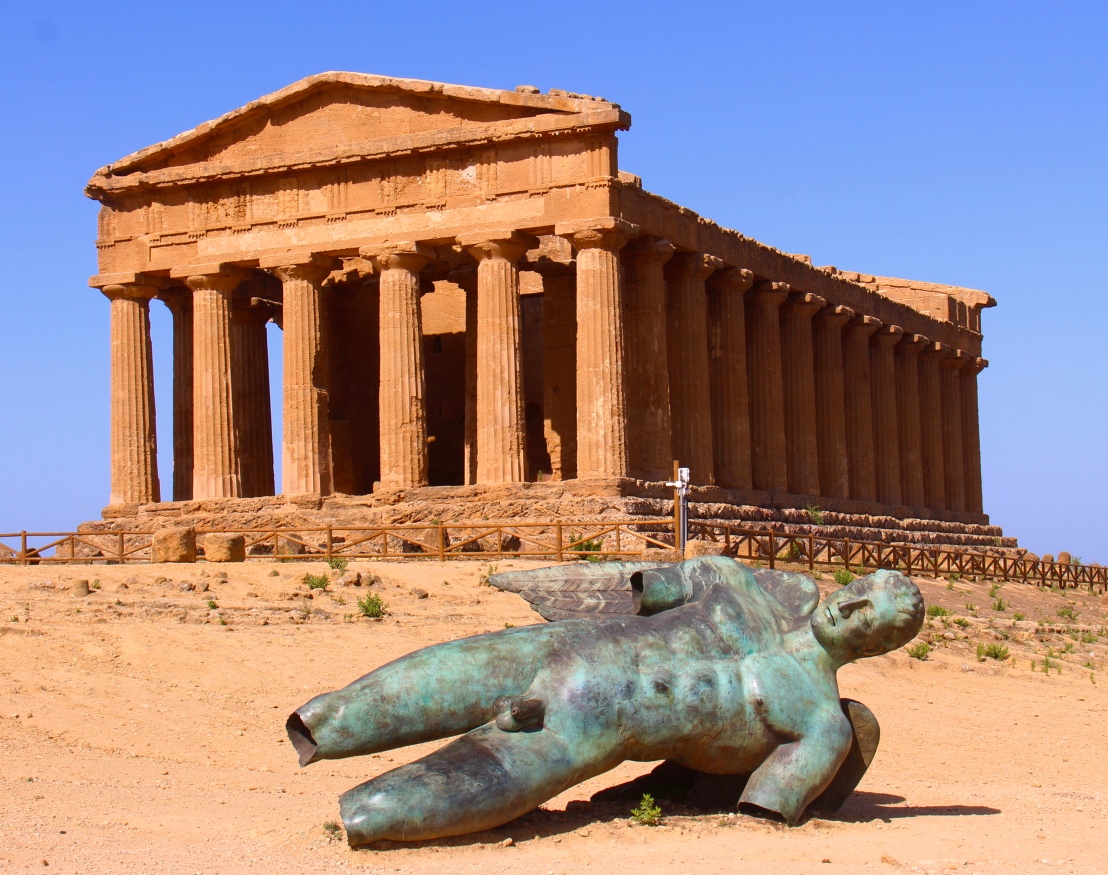 The site was awesome – a series of temples in varying conditions from almost whole to just rubble, but it was all very interesting. 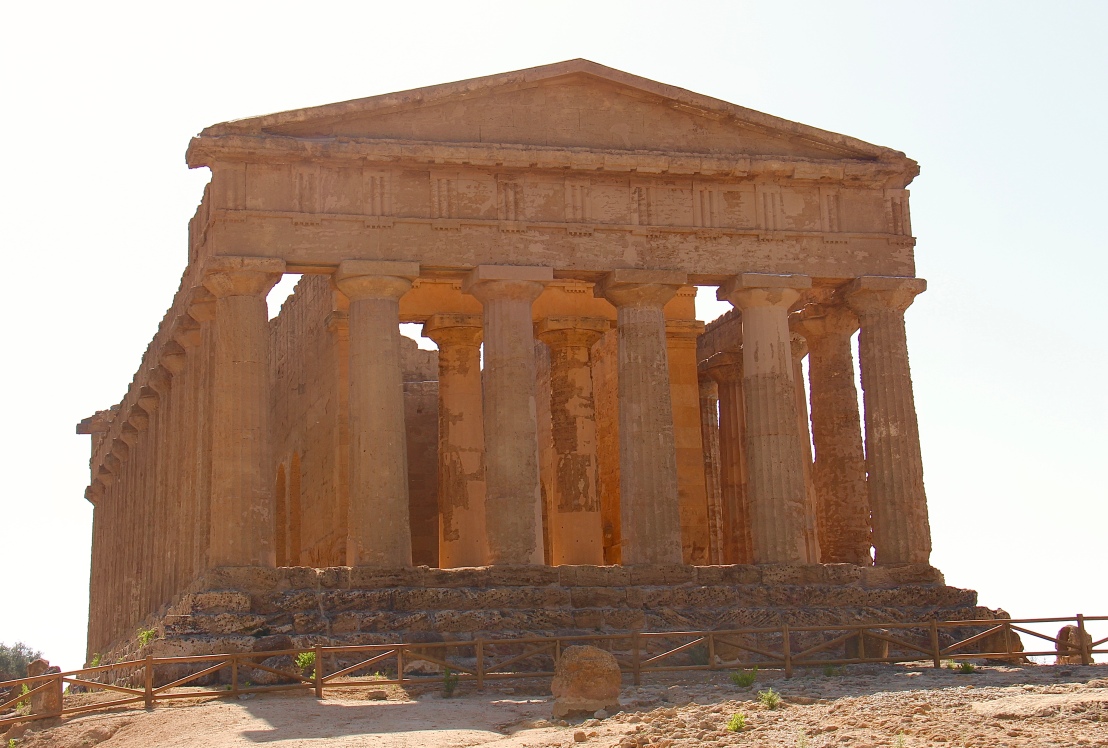 We stopped frequently to let the dogs have water, and were glad we’d parked at the bottom and taken a cab up so the walk along back to the parking was all gently downhill.

The site includes a couple of unexpected things – some Girgentana goats, as well as a relatively modern villa that was built by an englishman and had a beautiful garden with many cacti, as well as great views. 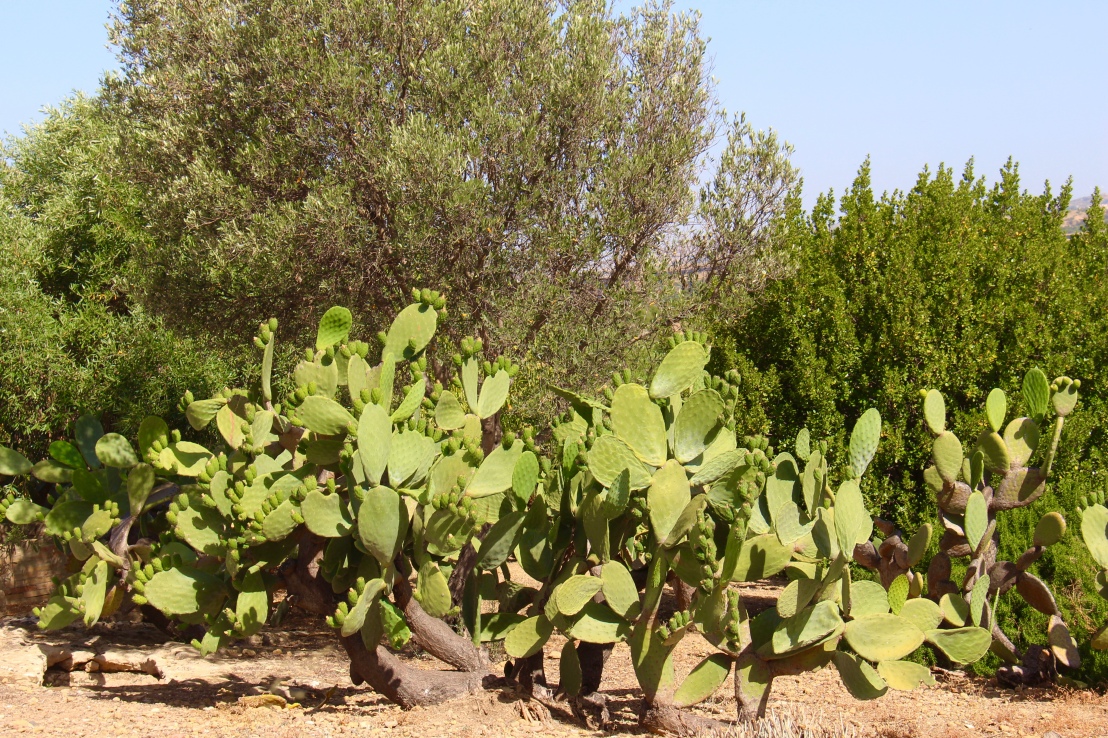 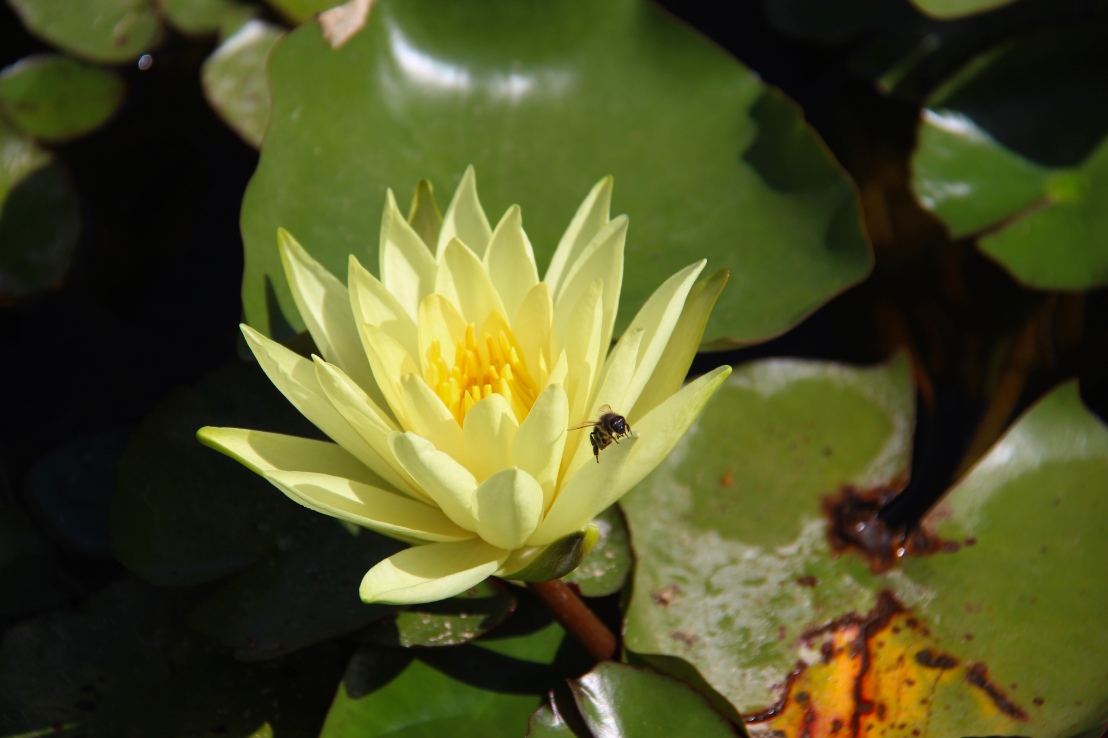 By the time we reached the end of the main road it was getting pretty hot and we were ready to leave – very worth the visit, but our original plan of coming to Sicily in April would have been more comfortable, especially for the dogs. 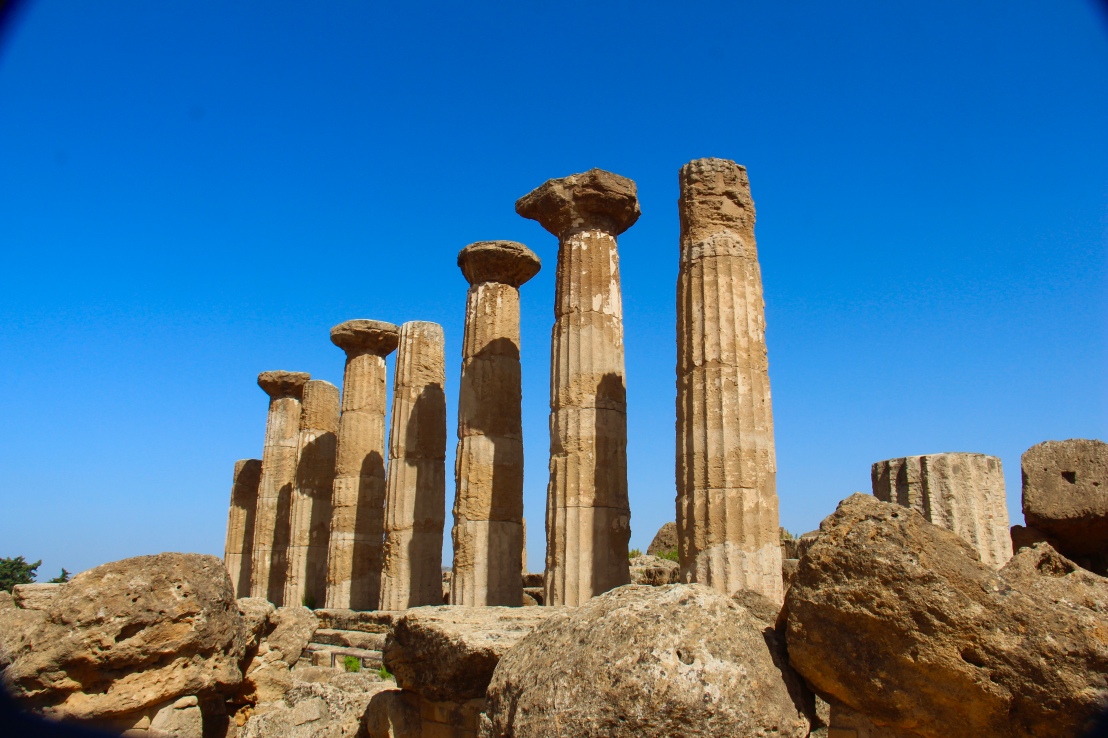 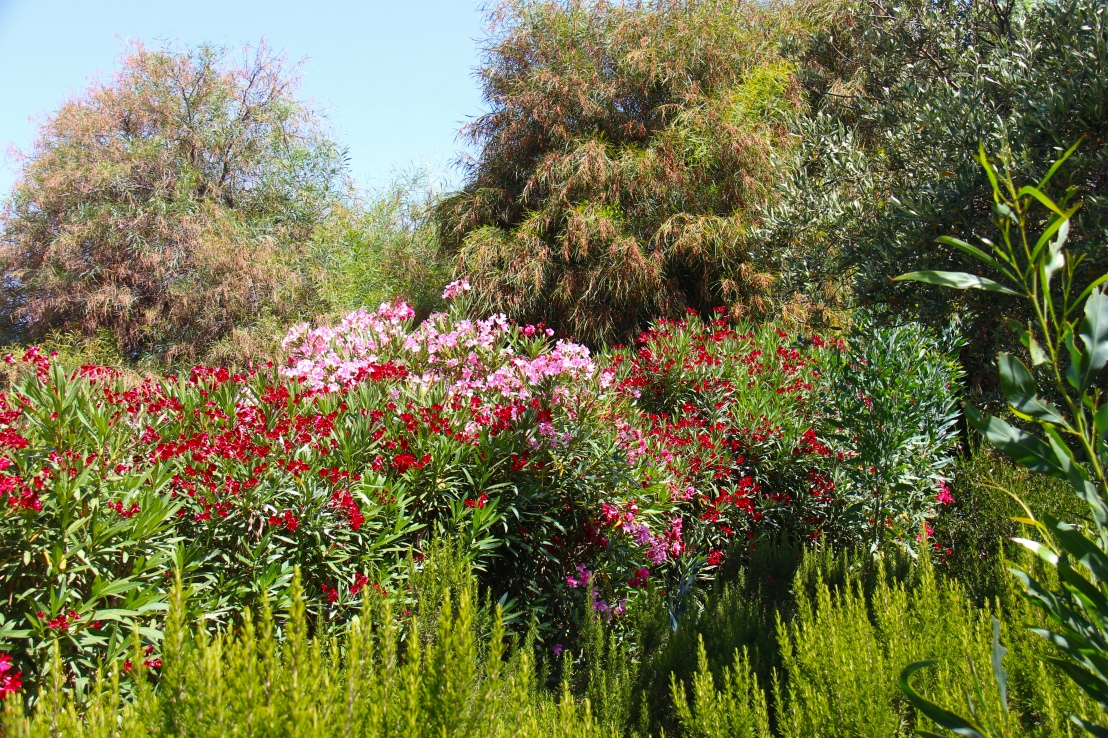 One thought on “The Valley of the Temples”