Before leaving Montemagno we took a couple of short walks up and down the road.

There are several large homes with great views, and most of them have guard dogs, or at least signs for them. 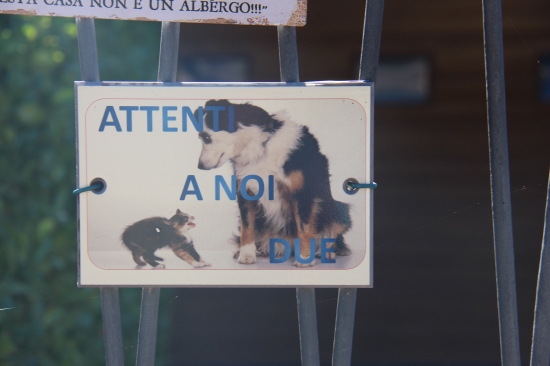 We left mid-morning to follow part of the route again to pick the best place to watch from.

This year’s Milano-Torino is much flatter than most previous years and we’re near one of the few minor climbs.

We parked at a nice wide spot right on the road with a good view below us, as well as along to the town of Grana.

As usual the racers were preceeded by motocops. 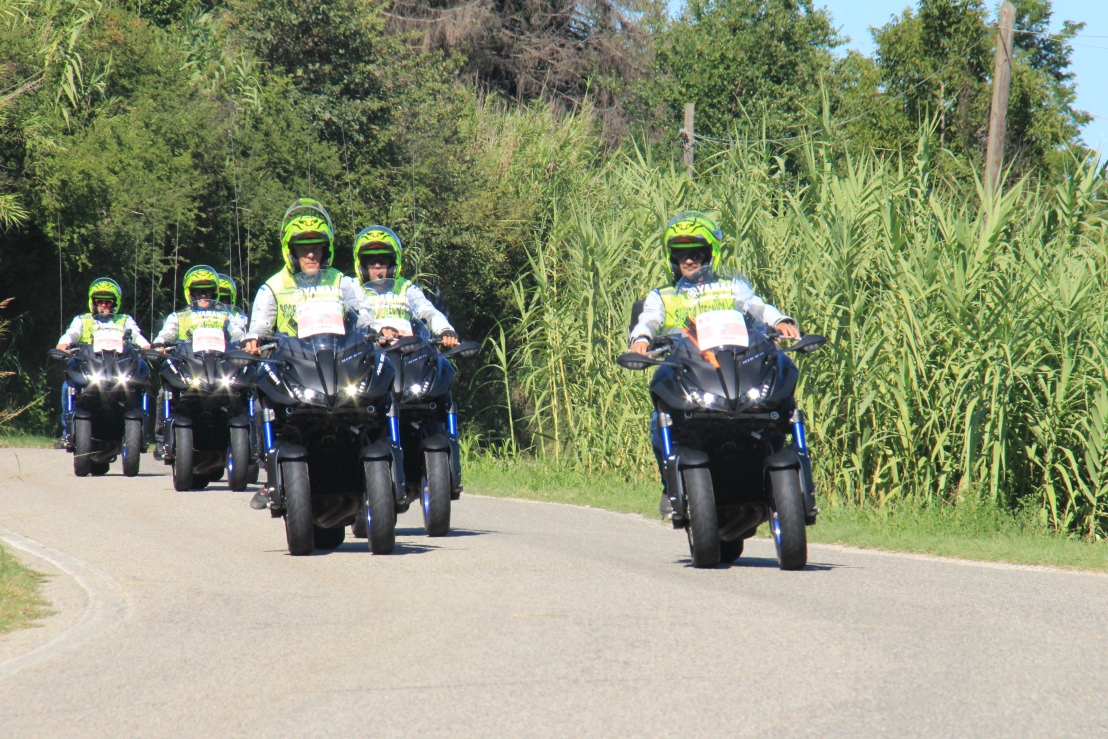 There was a breakaway of six riders who passed our spot at 4:24, with about a three minute lead.

The peloton blew by in one single group – I think it’s the fastest race passing I’ve seen yet – first rider in the breakaway to last of all about three minutes total. 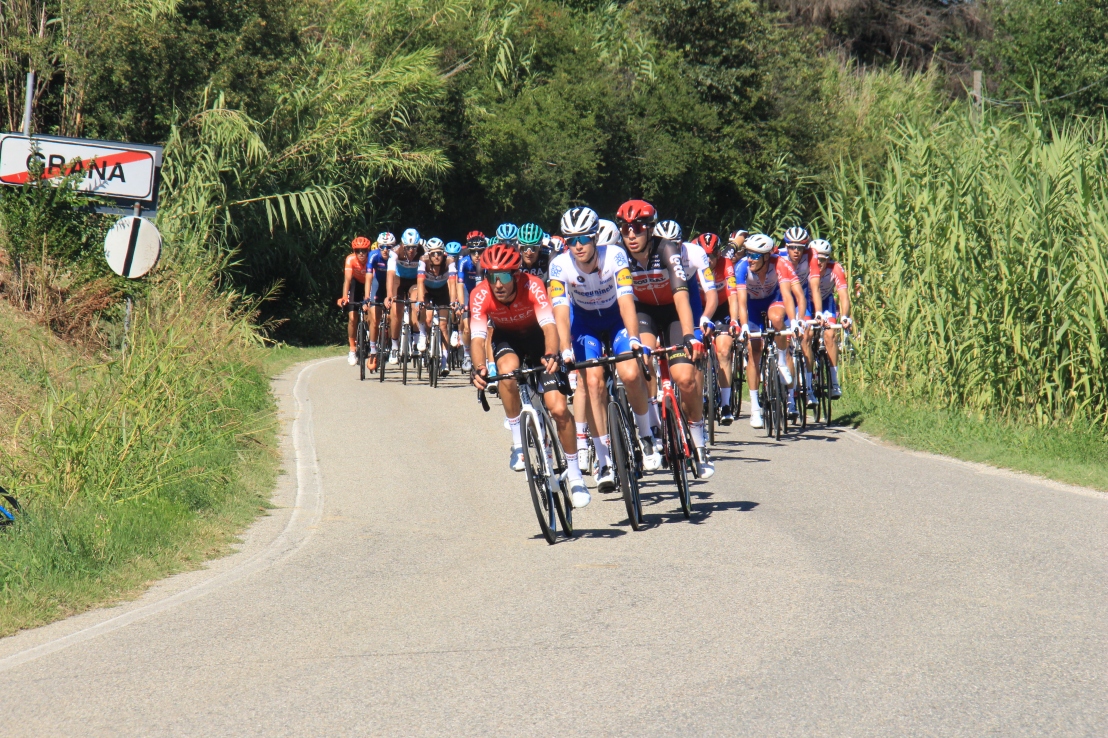 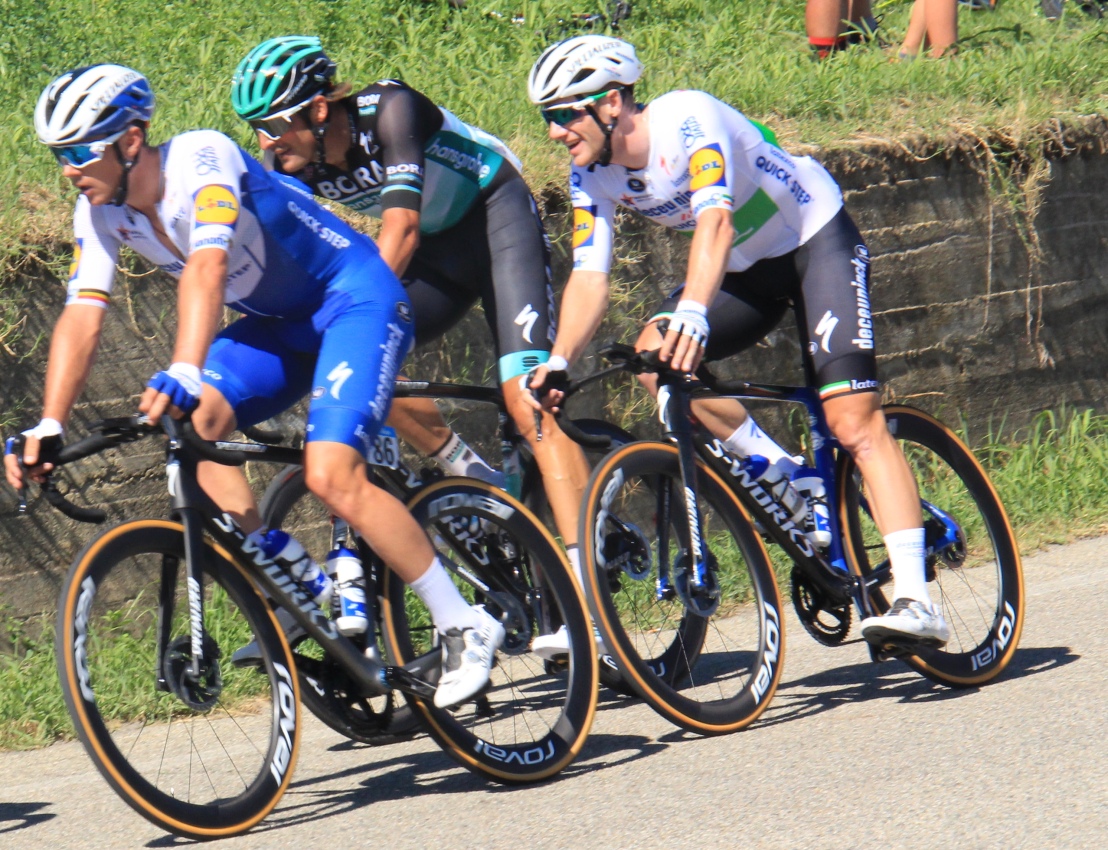 There was one single rider a little bit behind who must have had a mechanical or something, then they were gone. 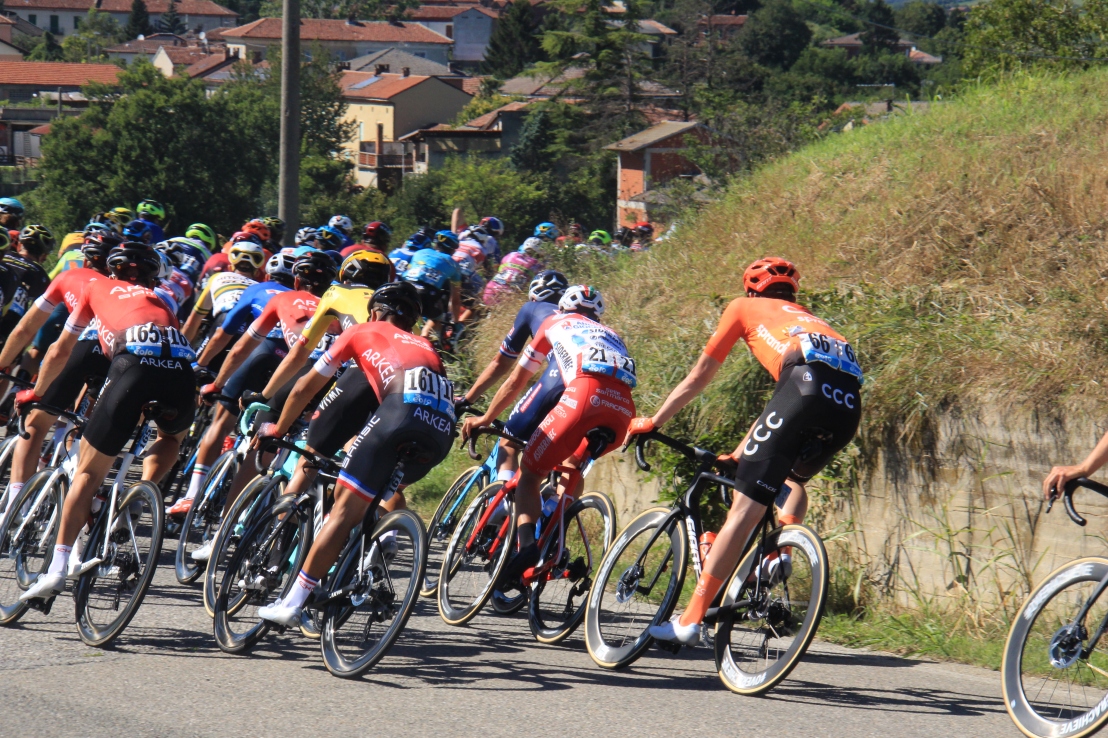 We were able to hit the road very quickly, having little to pack up, and took the paege towards Torino.  Because we were on the motorway we managed to bypass the end of the race and made it to Cavour in a couple of hours, stopping in Pinerolo for groceries.

Unfortunately the fruit-farm we usually stay at was closed, as was the excellent restaurant next door – Cascina Mombello is usually closed in the summer so we weren’t surprised, but the restaurant next door might be due to covid.  We continued on into the town and stopped for the night at a large park that we thought was the local Sosta (free camping place).

Feeling hungry we decided to go out for dinner – I did remember some of the roads and paths so we were able to make our way easily on foot with the doggies to the town centre.  My favourite cafe was closed so we went next to a restaurant that had been recommended to me three years ago, but I’d never actually gone to.

‘Ristorante La Posta’ was worth the three year wait – it was excellent.  We had a lovely table outside, surrounded by beautiful flowering shrubs.  We started with a shared antipasti of salmon tartare on shredded apple, then for my main course I enjoyed the gnocchi with cheese sauce – very delicious, with enough leftover for tomorrow’s lunch.

La Posta has been in existence since the 1700s and has at least one Michelin star, so it’s not surprising it was so enjoyable.

All in all it was a very satisfying day, despite the children playing – ie:  screaming – in the park until well past bedtime – Lady give me patience!