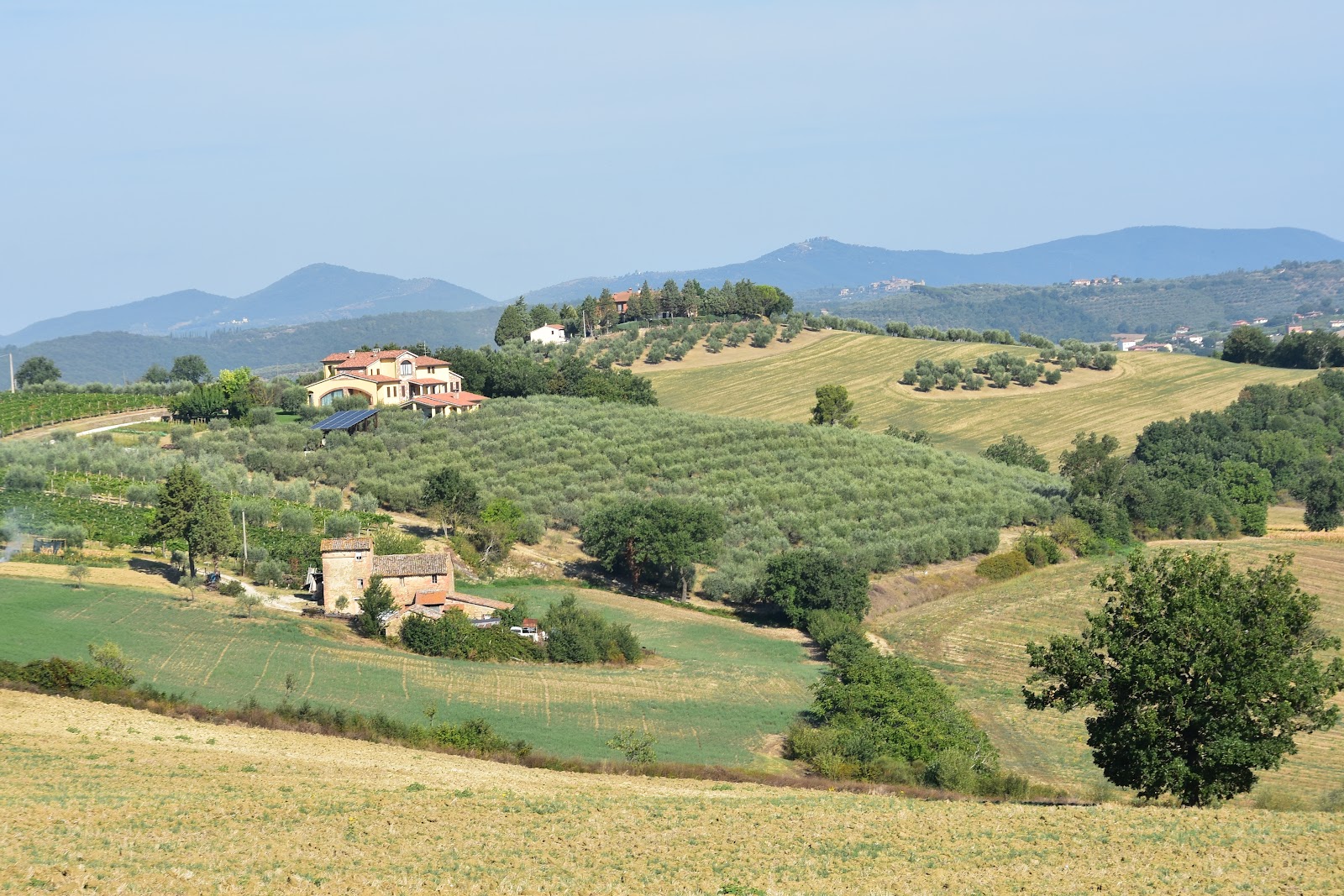 We had a couple of very stormy days, including a severe lightning and thunder display.  Every time we thought the storm was passing the thunder came again from another direction – just rolling around and around the hills.

I ventured a bit further on another ride, taking a gravel road part of the way – it wasn’t too up or down, which was good, and had an interesting shrine part way along.

Every time we go down into the village I look over the stone wall for the tortoises – sometimes I see them, sometimes I don’t.

One day I saw at least six of them, including one of the babies – unfortunately I didn’t get a photo of the little one.

A couple of days ago we took a day-trip to the town of Spoleto.  It’s not really that far from here and was well worth the trip.

The old town is, of couse, built on a very steep hill, but very fortunately there is a series of escalators that take you right to the fortress at the top.

There’s a well preserved roman bridge, as well as more than one lovely church and other roman ruins.

We’re going to have to make another visit as there was just so much to see – we settled for having burgers for lunch, then headed home.

Later that evening I went up onto the back ridge to try to get some full-moon photos.

I never did get the moon – there was a bit of a haze – but I did get some decent sunset pics so it wasn’t a total waste of time.