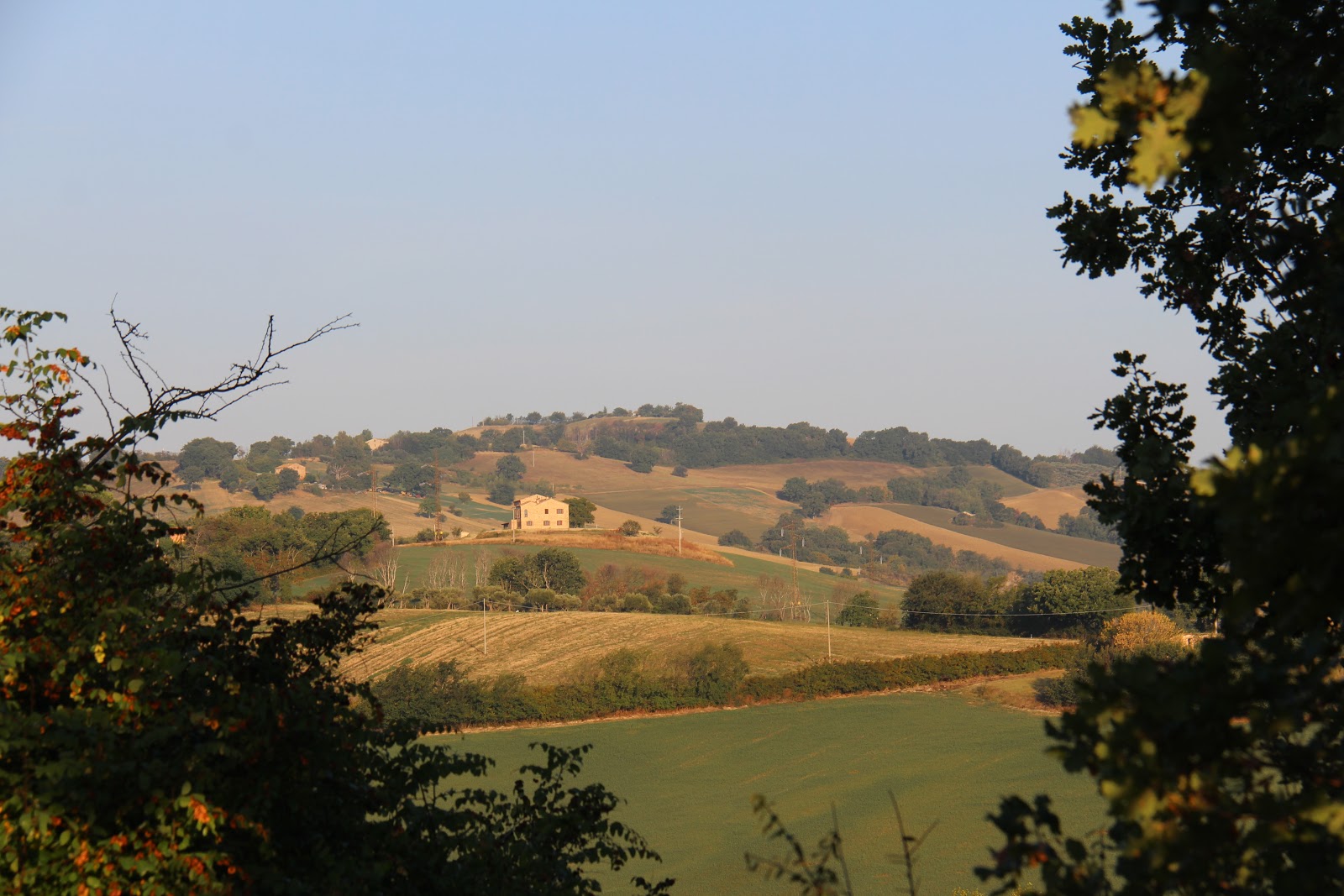 After a nice sleep-in we arose after 7:00 – the doggies usually stir well before that so it was nice to get a little more shut-eye. 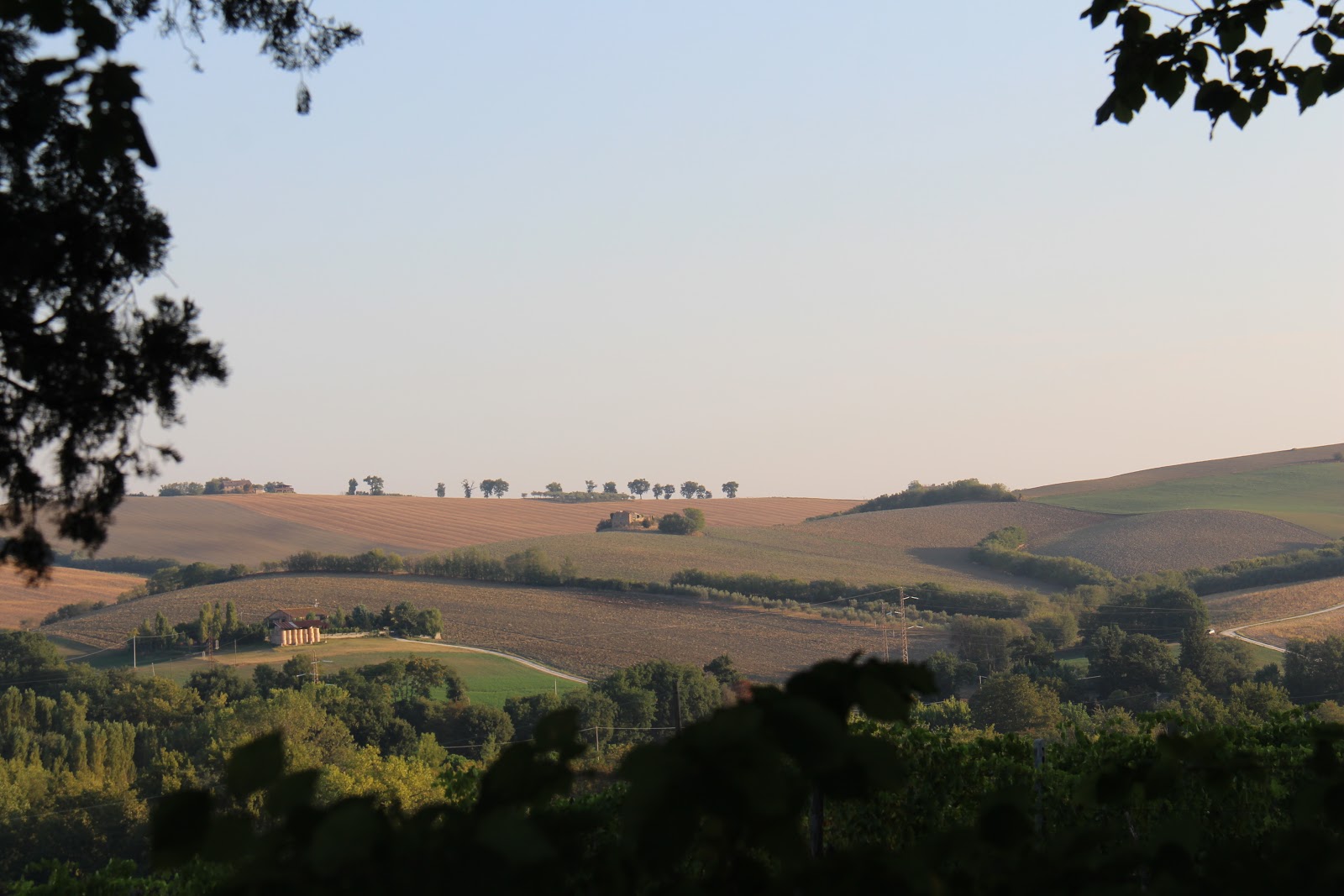 When I took Mo for her morning walk I was amazed at the lovely golden tones in the light – just a beautiful area, and so peaceful.

We followed the route for about 50 km before turning onto a faster road to the town of Sarnano where we stopped for a delicious cappuccino.

I took a short walk around while Colin finished his coffee – it seems like a lovely place, although as so many towns in the area had been heavily damaged by the quake in 2016.

It’s a town that caters to many things – hiking, biking, skiing and also has thermal baths.

Continuing on our way out of the town, the last 13 km of the day’s stage is all uphill to the finish at Sassotetto – not an easy climb.

We drove all the way to the top, then backtracked a few km to a nice pullout where we stopped, only to find that the satellite dish wasn’t working – oh well.  As I was cooking our lunch of pork sausages and mashed potatoes a car pulled up and the fellows started talking to Colin.  He called me out to interpret and I realized that it was two of the men we’d met at Strade Bianche!  We got to meet their wives and then they were on their way further up towards the summit to watch the race from.

As usual the arrival of the first racer was immediately preceeded by no less than seven motos and two official cars – and the sole rider was Simon Yates.

Michael Woods was about a minute behind, and ended up losing the overall lead, but still placed well at the end.

We ended up with another five bidons at the end of the day, and we even traded a Trek one (we had another) for an Ineos Grenadiers that another fan had gotten.

Trek was what he’d really wanted because Italian hero Nibali rides for them now, so we happily traded, even tho Ineos is our least favourite team.  Their bidons are quite spiffy looking, however, so we’re not disappointed.

Many of the racers zipped back down the mountain on their bikes, even tho we’d seen all of the team buses go up the hill hours earlier.  The sprinters and stragglers were still coming up for almost half an hour, so the down-coming rides had to take care as they were descending extremely fast.

After bringing down the flags we headed down the hill and north to the motorway that took us east to the Adriatic, where we continued north just past Ancona.  Our stop for the night was a large church parking lot in the town of Ostra, which is very near the next day’s route.