The morning of the men’s ITT was quite blustery but at least the thunder, lightning and rain we experienced during the night had passed.

As we were having our morning cappuccino in the cafe I said ‘I just felt a raindrop’ but there were absolutely no clouds anywhere near us.  It was a very misty kind of rain, and the waitress came out and cranked up all of the large umbrellas – it was very strange, and must have been due to the sometimes fierce wind.

We returned to the campervan and decided to go just out of the town to a roadside spot we’d seen the night we arrived.  We said goodbye to our Belgian neighbours and relocated a couple of km north.

The weather conditions changed every fifteen minutes, blue skies one moment, threatening rain the next.

It never did actually rain, although the wind was pretty constant.

I got decent photos of Brit rider Geraint Thomas… 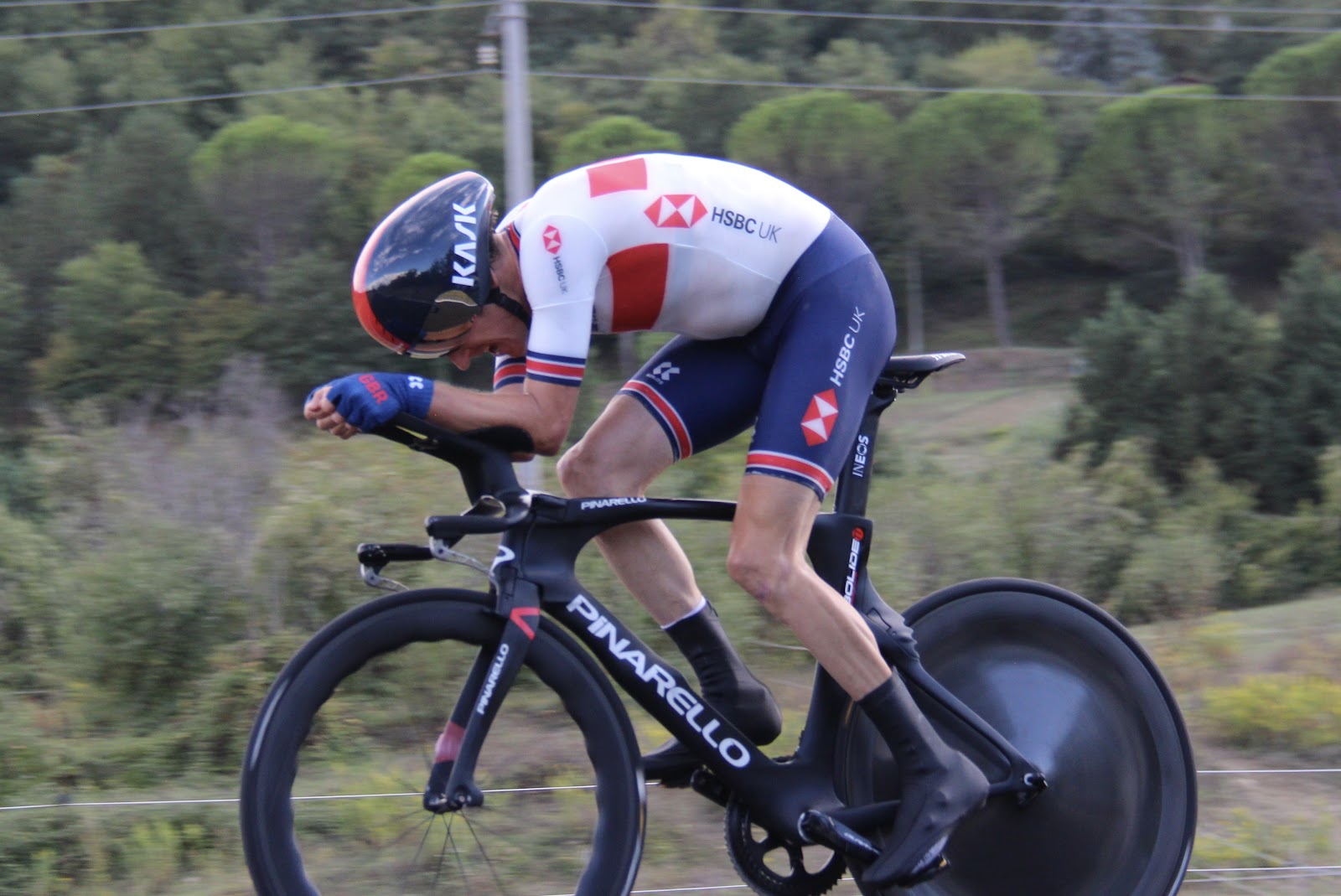 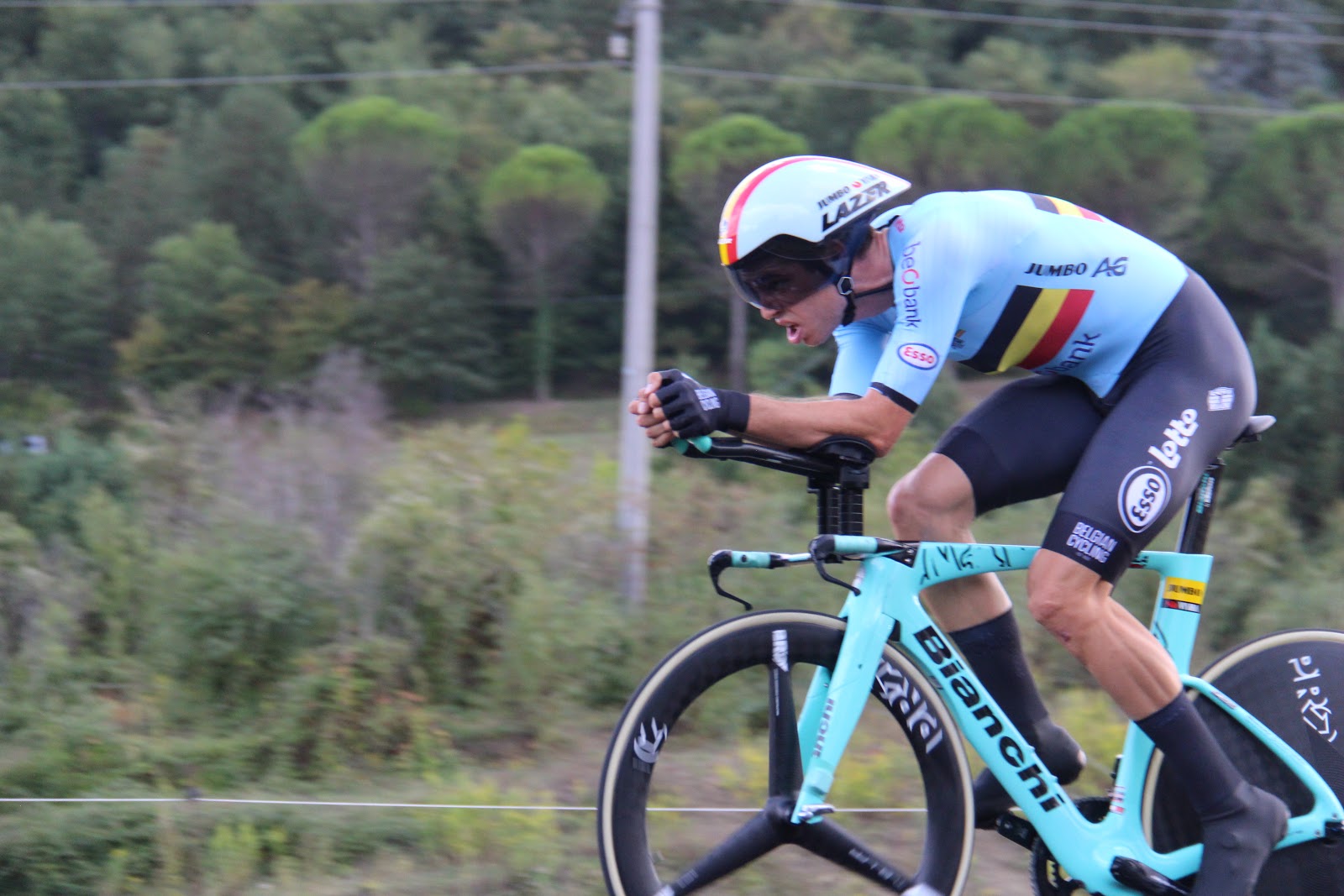 …as well as defending champion for the last two years Aussie Rohan Dennis. 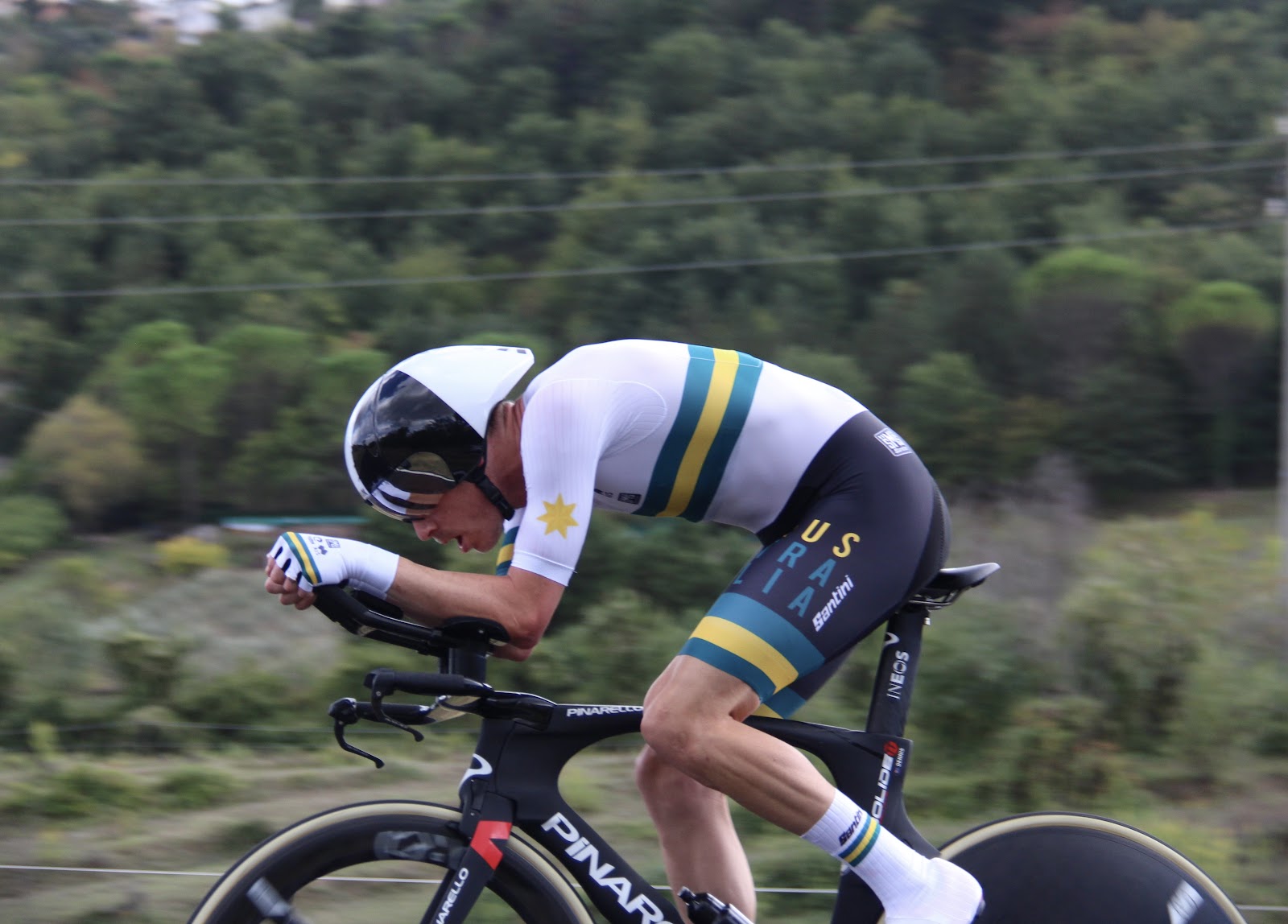 Dennis was unable to repeat again as Italian Filippo Ganna came thru the fastest to the delight of the local fans.

We took down the flags – one of the poles had partially collapsed in the wind – and drove east a bit to pick up the route for the next two days’ road races.  We thought we’d found an ideal spot at the top of one of the two climbs, although it was extremely windy.

We’d just had a lovely dinner and I was finishing the dishes when there was a knock on the window – we were being told to move as we were in a restricted area.  The fellow was nice enough but we had no choice.

We drove a bit further and stopped at a fairly large pullout – there were already a few campervans there, as well as some police having a somewhat heated conversation with a german lady.  We wanted to know what they were discussing when a car pulled up and the man inside told us he had a place we could park.

We turned around and followed him but he turned off the race route and was leading us too far.  We thanked him for the offer and returned back past the other campervans to another likely looking spot that had one campervan well off the road, a Volvo near the road, and a couple of policemen.

We pulled in and asked if we could park there – they said they didn’t know whose land it was but as long as we were at least four meters from the road they wouldn’t make us leave.  The place is on a very fast part of the course – downhill from the summit of the second climb and just past a tricky s-curve so they’re concerned about crashes and don’t want any vehicles too close to the road.