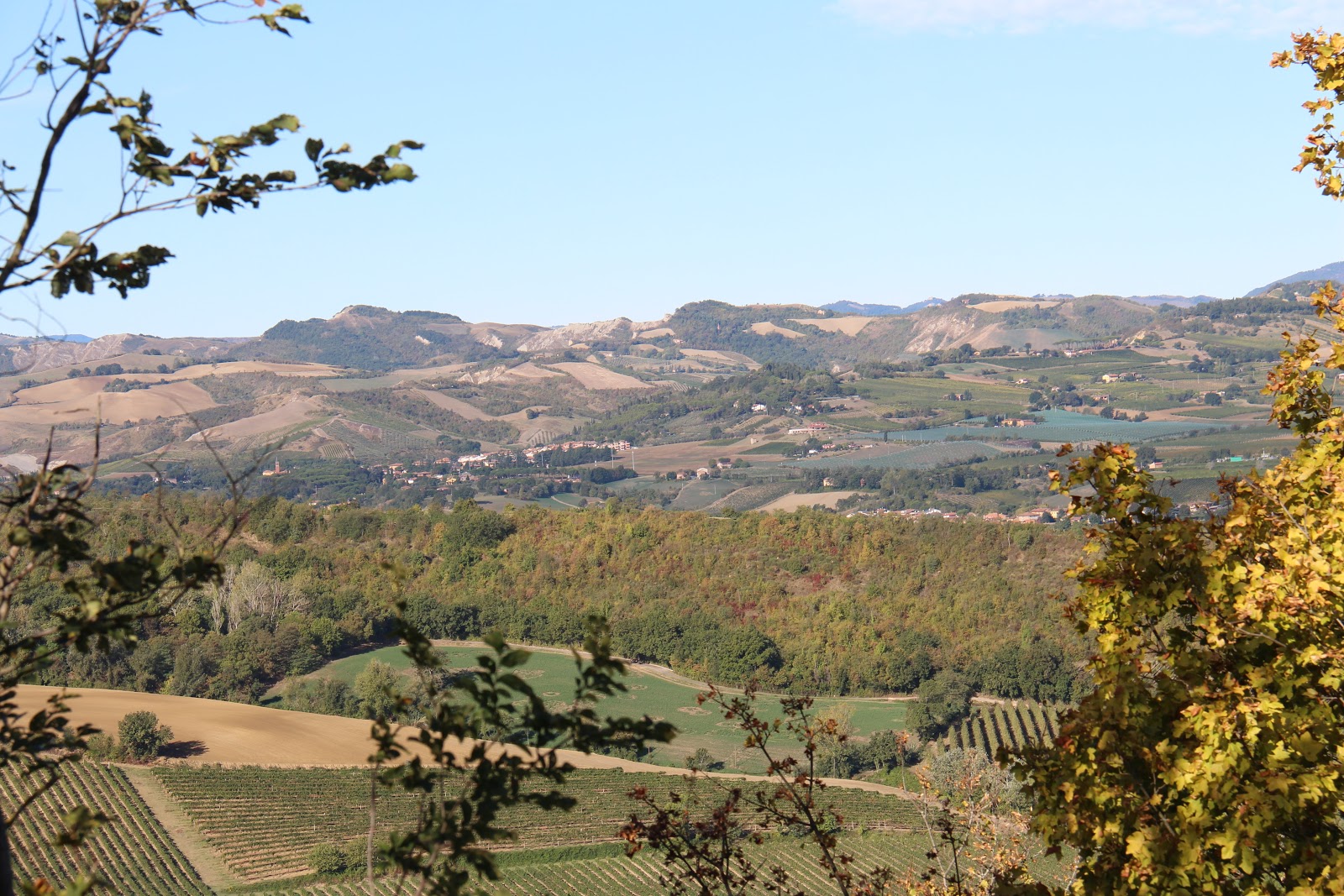 The morning of the women’s road race was bright and beautiful.  We happen to be parked right across from a sign indicating that we’re on the ‘Strada del Sangiovese e dei Sapori’ – basically the road of excellent red wine and good food!

The women today and the men tomorrow follow the same route, although the men do four more circuits.

The Volvo that was parked next to the road last night was now encircled by red and white tape, and partway thru the morning a race organization car pulled up.  The two men asked everyone if they knew who owned it – there were by now a couple more campervans and cars – but no one knew.

They then phoned the licence plate number in and tracked down the owner, who I think was at the agriturismo upon whose  land we’re all parked.  Eventually someone arrived and moved the car further off the road, which was lucky for them as not long after a couple of large tow trucks passed with vehicles on them that had presumably also been parked too close.

Throughout the morning the usual parade of amateurs rode by, but since it’s a fairly short circuit we got to see most of the men doing recon rides as well for their race the next day.

The women did five circuits of the course, first arriving at 1:34 as a basically intact group with only a few stragglers . 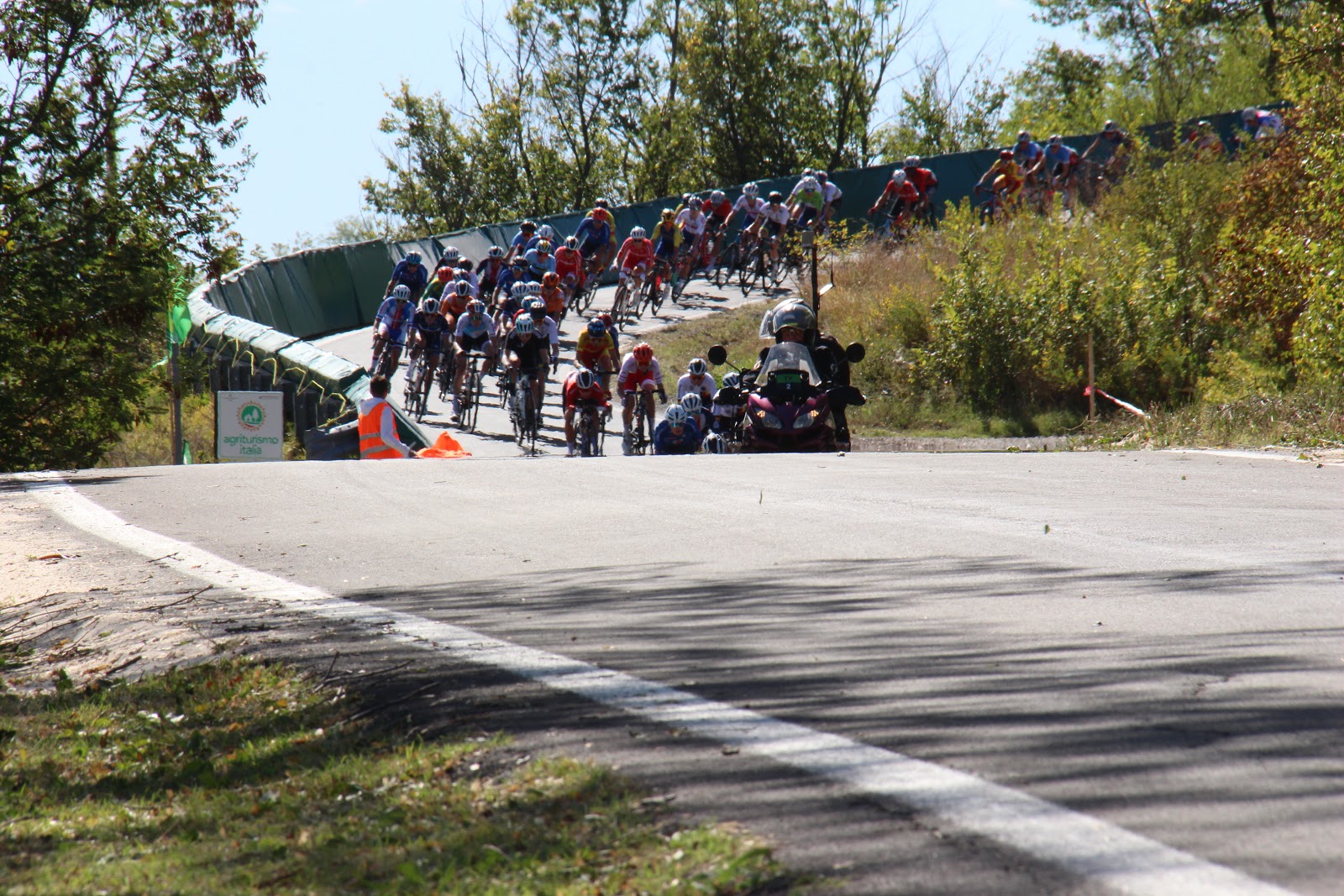 By the third pass there was a breakaway of several riders, including a Canadian.

The peloton was by now quite broken up with many small groups and single riders strung out over several minutes.

On the fourth round there was a sole leader – dutch rider Anna van der Breggen, who won the ITT two days previously.

She managed to stay in front thru the last circuit and was victorious in Imola once again – brava!