Got another nice ride in – a lovely route around to Aunac, with a stop for coffee.

Bastille Day celebrations were fairly subdued – no huge parties or fireworks that I could hear or see.

We got away mid-morning on Thursday – we’re both pretty organized and packing up the campervan didn’t take long.  The trip south to the time-trial course took about 2 ½ hours as we travelled on smaller, quieter roads.

The yellow route marking arrows weren’t up yet, but it’s pretty easy to tell when you’re on the route…

We looked for a parking spot along almost the entire route, starting in Libourne and going almost all the way to Saint-Emilion before pulling over and claiming our spot.

We’d passed quite a few campervans already and knew many more would come but didn’t want to risk getting stuck on the wide shoulder as the ground looked a bit soft.

We’re in a nice wide spot with room for one or two more campervans, right next to a large vineyard.  This is a UNESCO Heritage area and is well known for it’s excellent wine – we’re beside a field of Merlot grapes.

They’re doing spraying of the vines right now – great timing!  We kept all of the windows shut for part of the day but luckily the sprayers knocked off fairly early.

We’ve discovered a problem with the campervan – the sink isn’t draining properly.  There’s a bit right at the top that’s a plastic piece of crap and has broken so all of the drain water flows directly into the cutlery drawer underneath.  I am now doing dishes in the bathroom sink.

The town of Libourne had their fireworks on Thursday night – I was already in bed but listened to them for quite awhile.  Mo heard them too and did her usual little barky/growly thing at them before settling back down on my feet.

Just after breakfast Friday morning a fellow pulled up in a car beside us – the vineyard side, not the road side.  We wondered if we were going to get asked to move, but all he did was warn us to close all of the windows as the sprayers would be coming soon.

We knew the machine was approaching, but appreciated the warning and kept the windows closed for an hour after he’d passed.

In the afternoon we took a walk back to the next group of campervans and on the way passed a very beautiful garden that must belong to the owner of the vineyard. 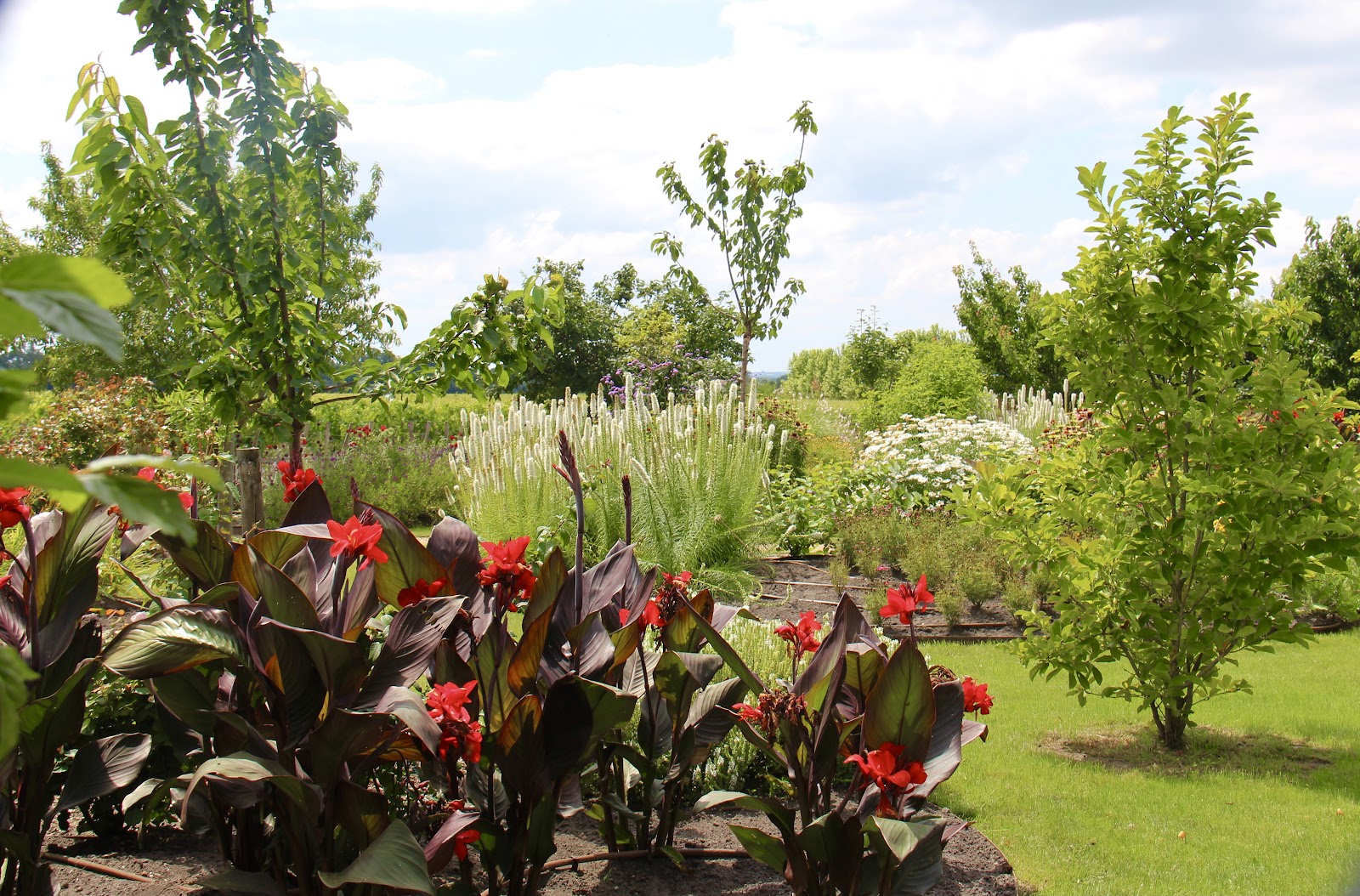 We had a rather lazy day – I finished the last of the three Genghis Khan books and was left wishing for a fourth.  We found a second problem with the campervan – the freezer has stopped working and the chicken as well as the salmon were both completely defrosted.  Chicken is Friday’s dinner so that’s ok and I made a teriyaki marinade for the salmon so it’s all good.

Late in the evening a bunch of vehicles pulled up on the road, including a semi-truck and several vans. They commenced to put up large signs and some barriers.  Apparently we’re right at the ‘4 km to go’ point.

The team had men from several different countries, including a fellow from Louisiana who said he used to do setups for the Cirque du Soleil.

It was quite a production and they didn’t finish until almost 10:30.