On Sunday morning we had lots of time for a bike ride before the final stage of the Tour started – they have it a little later now so that the presentations can be done near sunset at the Arc de Triomphe..

Our ride took us past the nearby village of Monpaple, which was having an art exhibition.

We rode by and on to Aunac where we stopped for another of the very strong coffees. 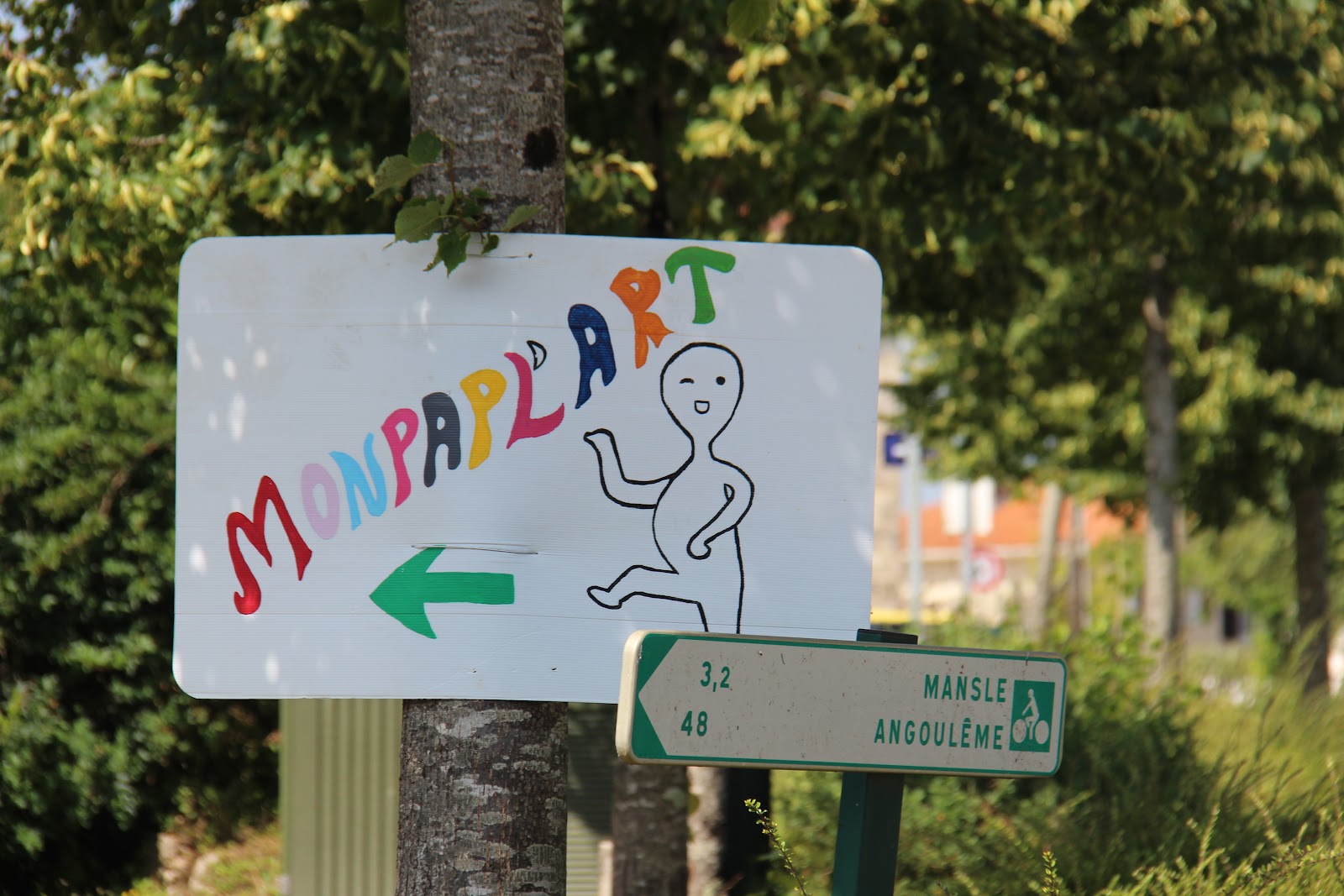 On our return to Mansle we did stop in Monpaple and had a look around.

There was an abundance of clown paintings – including clown’s painting – but lots of other subjects as well.

The final TdF stage was the usual boring bunk for the first couple of hours – the winner and his team riding side-by-side drinking champagne, etc.  I always hope someone’s going to go for it but it never happens. 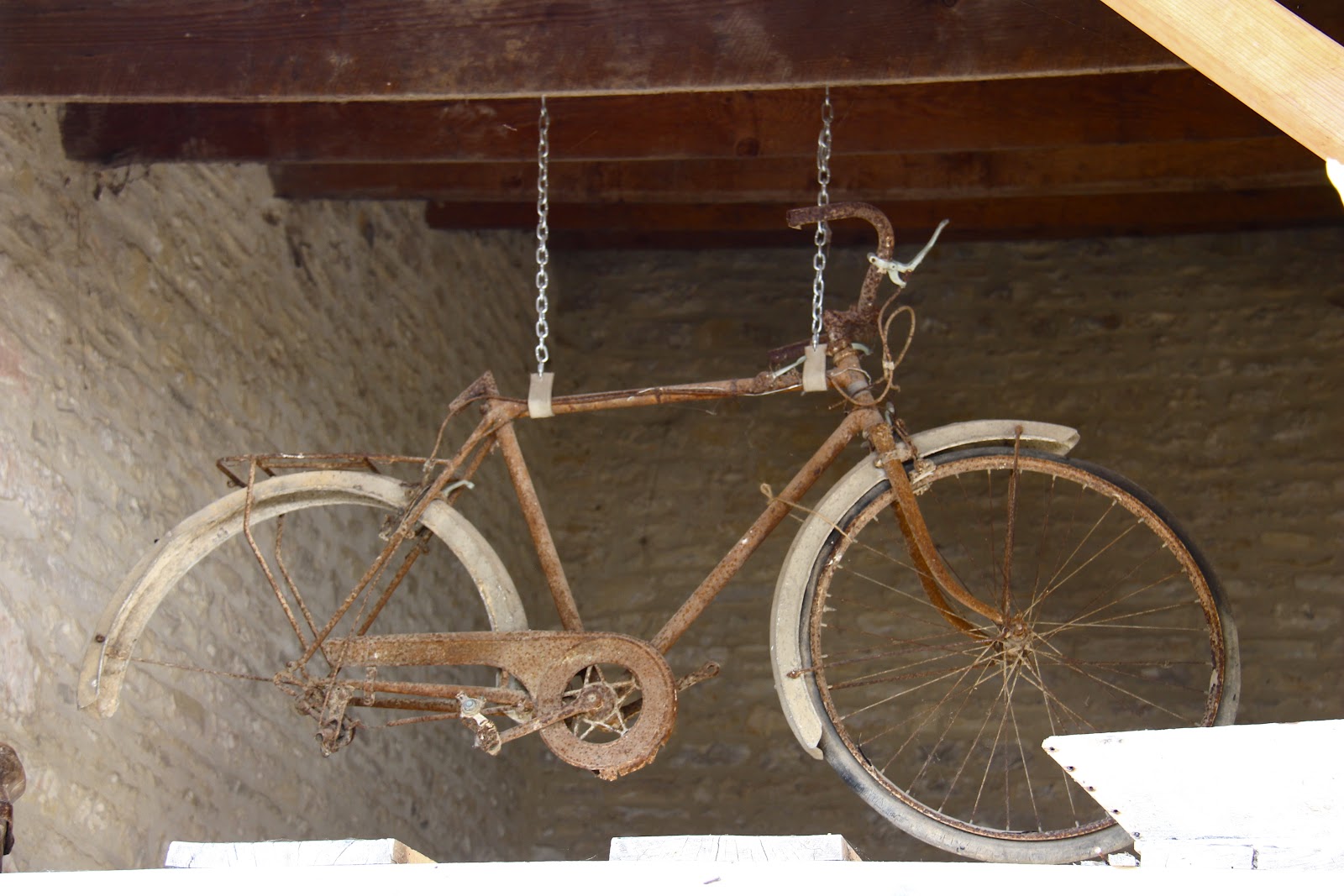 The only exciting part is when they hit the Champs-Élysées and do the eight circuits to the finish.  I was, of course, loudly cheering on Cavendish, but he was pinned in and couldn’t get past Wout van Aert, who won yet another stage.  That’s now a very difficult mountain stage, the individual time trial, and the final sprint that he’s won – seems like the young Belgian can do it all.  Still, even though he didn’t break Merckx’s record the Cav did tie it, and what a comeback Tour it was for him!

On Tuesday morning we heard sirens rushing along the highway and when we drove up to Ruffec to do some shopping we saw why.  A semi-truck had flipped into the ditch and looked like it had caught on fire.

There were several fire trucks and other emergency vehicles and it looked like they were trying to decide how to get the trailers uprighted.

On our ride on Wednesday we went to Tusson for coffee.

Along the way we saw a couple more of the ‘mannequins’ lounging around.

The coffee shop we ended up going to was awesome – it looked quite small from the outside but had a lovely fairly large terrace area at the back.

Most of the folks that came in for coffee and cake were brits, and we enjoyed the best cappuccino we’ve had since we left Italy.

For the first time I ventured into the church that’s on one side of the main square in Mansle.

It actually has some nice stained glass windows, and was wonderfully cool and quiet.

On Thursday we went to the Hope Charity shop in Sauze-Vaussais and picked up a few jigsaw puzzles and some books.  On the way out Colin pointed to the hat section and I scored a great black sun hat – I could have used it last weekend and avoided the raccoon eyes.