We placed our chairs at the side of the road just across from a campervan with a couple of very annoying barking dogs – ok it was ours.  The race approached at the early end of the predicted time.

As the official vehicles and motos just in front of the riders rounded the curve below us I saw a black car in one of the driveways start to move forward.  The fucking idiot partially entered the road and the nearest official car had to swerve to avoid broadsiding him, meaning that the moto nearest to that car had to swerve also.  If not for the excellent handling skills of the moto driver I would have been flattened by a skidding motorcycle.

I just sat there screaming obsenities as the first racers passed, having seen what had happened right in front of them, with the front end of the black car on the road.  There was a breakaway of three, followed in about two minutes by the whole peloton.

The driver of the black car that almost caused carnage stood beside his vehicle looking totally bewildered, having finally backed up into his driveway a bit out of the way because of all the oncoming traffic.

How can you possibly not be aware that a World Tour Race is coming through your town?  The oldest Classic there is – 103 years now!  There are signs everywhere about no parking and pink arrows and everything – how can you be that dumb?  In addition to being furious I was also extremely relieved that I hadn’t been crushed by a moto – what an asshole.

Shortly after the race had passed an ambulance roared by with lights flashing and siren on – a rider must have crashed on the downhill not long after going by us.  We hope he’s ok. 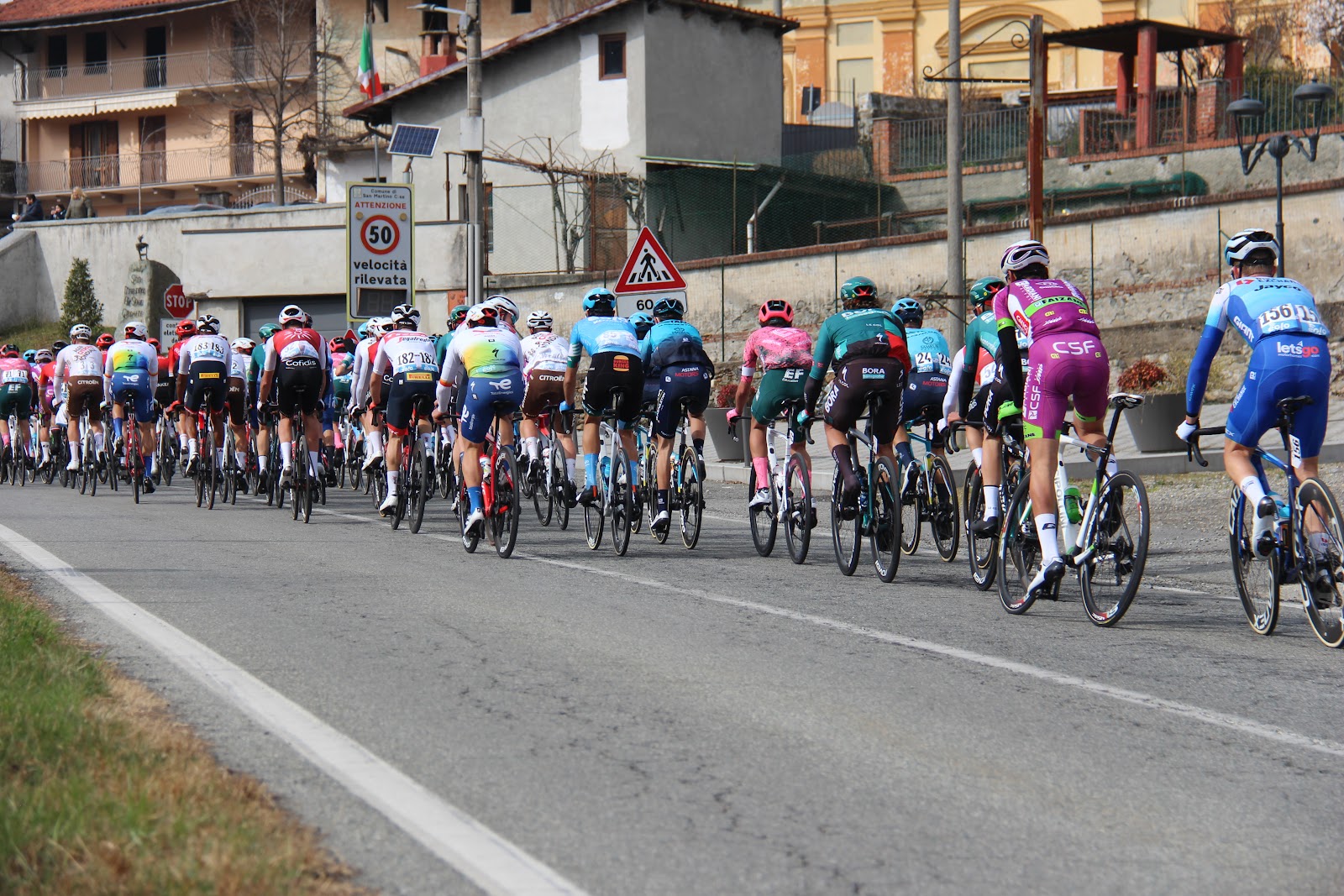 We watched the end of the race on Colin’s phone – Cavendish won!  The first Brit ever in 103 editions – good for him!

We stayed at the roadside spot for awhile, moving later back to the place we’d spent the previous night (across from the cemetery).  I read in bed until I finished the book I was reading about the Roman legions and had another very early night, with Mo tucked in beside me.

It rained lightly much of the night and we got up to a grey day.   With a relatively short drive back to the fruit farm near Cavour we weren’t in any hurry, stopping in Pinerolo at a campervan dump and to restock with more water.

Settling in at Cascina Mombello I made a nice and tender beef stew for dinner.  As usual momma Maya, little Spreet and the big lab welcomed us.

One thought on “Milano-Torino from San Martino Canavese”