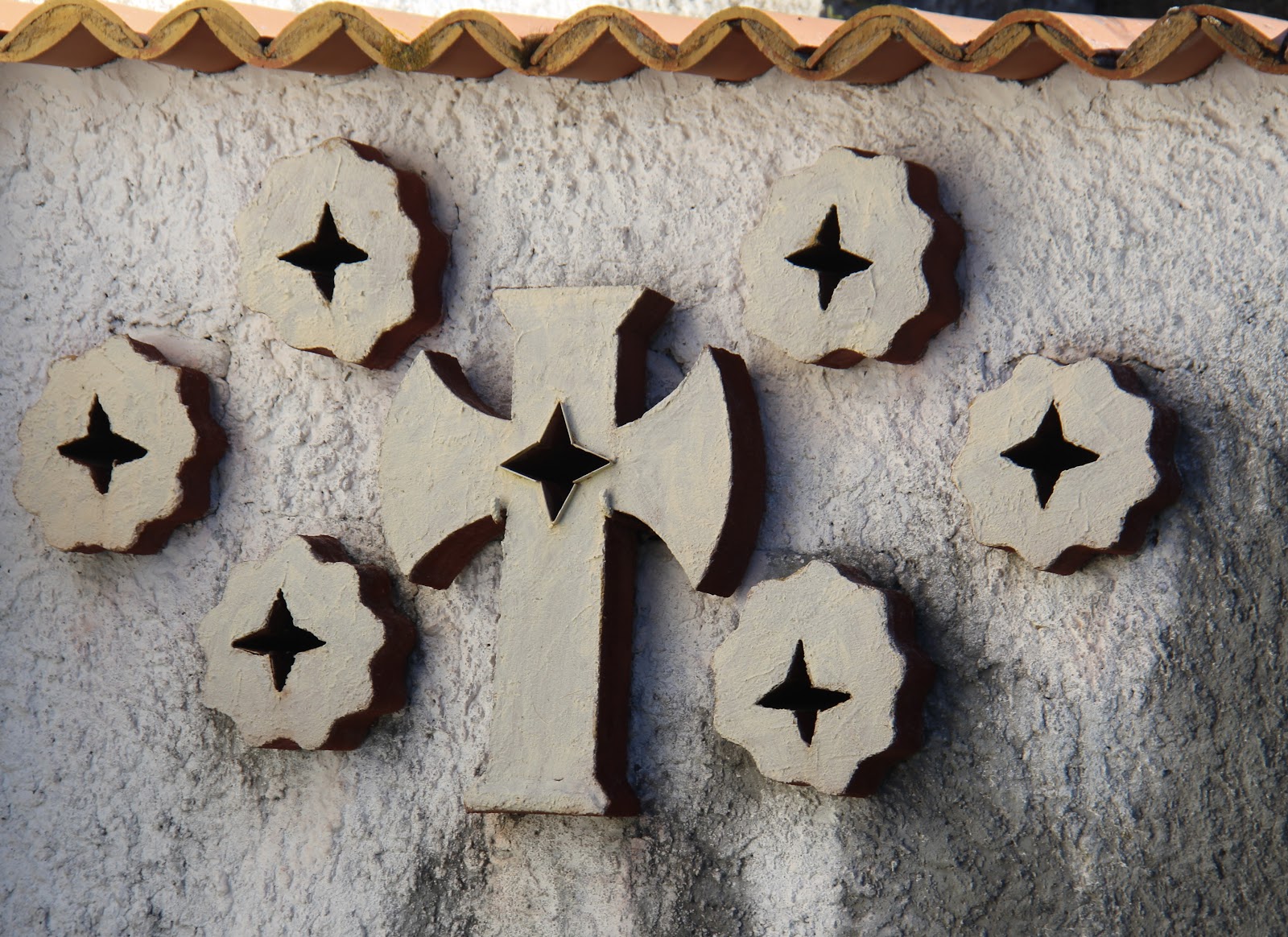 On Saturday there was a meal at the bar that we really enjoyed.  It started with a salad that had pieces of meat in it – when I asked the english fellow that was sitting next to me what it was he said some fancy french name.  When I asked again – no, what is it? – he revealed that it was chicken gizzards.  I was a bit concerned that it would be like liver or kidney but it wasn’t at all – it was actually pretty tasty and reminded me a bit of pork.  I ate most of it, although did have a bit of help from both Colin and Mo.

The main course was duck leg served with creamy mashed potatoes and truffle – it was absolutely delicious, and probably the best meal I’ve had at the bar.  I couldn’t manage the cheese course or the dessert, although they both looked equally good.  We’ve met the english fellow before and he’s quite nice – he has a big old dog that’s blind and very well behaved, even when food is around.

The next day we attended two events.  The first was a sportif sponsored by the local cycling club – there were four different routes depending on how far each rider wanted to go.  We helped out at the food stop that was setup at the ‘lake’ near Luxe – we made sure all of the various food plates were re-stocked as groups arrived and devoured things.

After the last riders had left we helped pack up and take things back to the hippodrome, which was the location for the start and end of the four routes.  About an hour later all of the helpers regrouped for a lovely lunch of roast pork and a potato and cheese dish, along with a nice green salad and the usual crusty french bread.

The second event was very enjoyable as well but a bit more serious.  We’d gotten tickets to the Kiev ballet and the place was packed – I estimate there were probably 700 or 800 people there.

It was a fund-raiser for the ballet company as they’re basically trapped and unable to return to Ukraine because of mad-dog Putin and his insane illegal invasion and attempted genocide.

They started out with a demonstration of basic warm-ups and exercises, then got into the real show – and it was thrilling.

They did a lot of different numbers, and at the end got a rousing standing ovation.

We really, really enjoyed the evening, and it seemed everyone else did as well.

We packed lightly and got away again on Wednesday morning, crossing from France to Italy through the tunnel and reaching Susa in late afternoon.

We’d booked a B&B and it was a nice little family-run affair with boys playing basketball in the courtyard and grandma and grandpa tending the backyard garden.

After settling in we went for a short walk – some nice little ponies next door and a couple of donkeys next to them.

Also back the other direction some very nice looking goats.

After breakfast at a decent time the next morning – including the best coffee we’d had in months – we were on our way again by about 8:00.  We made pretty good time for the first couple of hours, then started noticing how heavy the traffic was becoming.  We almost came to a standstill at some points, even though there were virtually no semi-trucks on the road.

We finally googled and found out that it’s a holiday in Italy and folks seemed to all be off to the Adriatic coast for a four-day weekend – bad timing!  Luckily as soon as we turned south towards Perugia the traffic died completely – barely any, although lots of road construction.

We arrived in Papiano early evening, stopping at the bar for a quick drink and to say Hi to Antonio.