Got up right at 7 so we could get an early start. Very cold – 2 above. Hit the road down the mountain after a quick up of tea. There are a lot of tunnels in some places – the longest is almost 8 km long, and one of them is so old and narrow there is a traffic light at each end. When we came up on Sunday we waited at a red light for the oncoming traffic to come thru, then got the green. Coming down a yellow was flashing – we waited and waited but it didn’t turn red or green, so we proceeded. Of course we then met severals small cars coming up. They had to back up to a slightly wider place near the bottom end of the tunnel so we could pass – what a system! 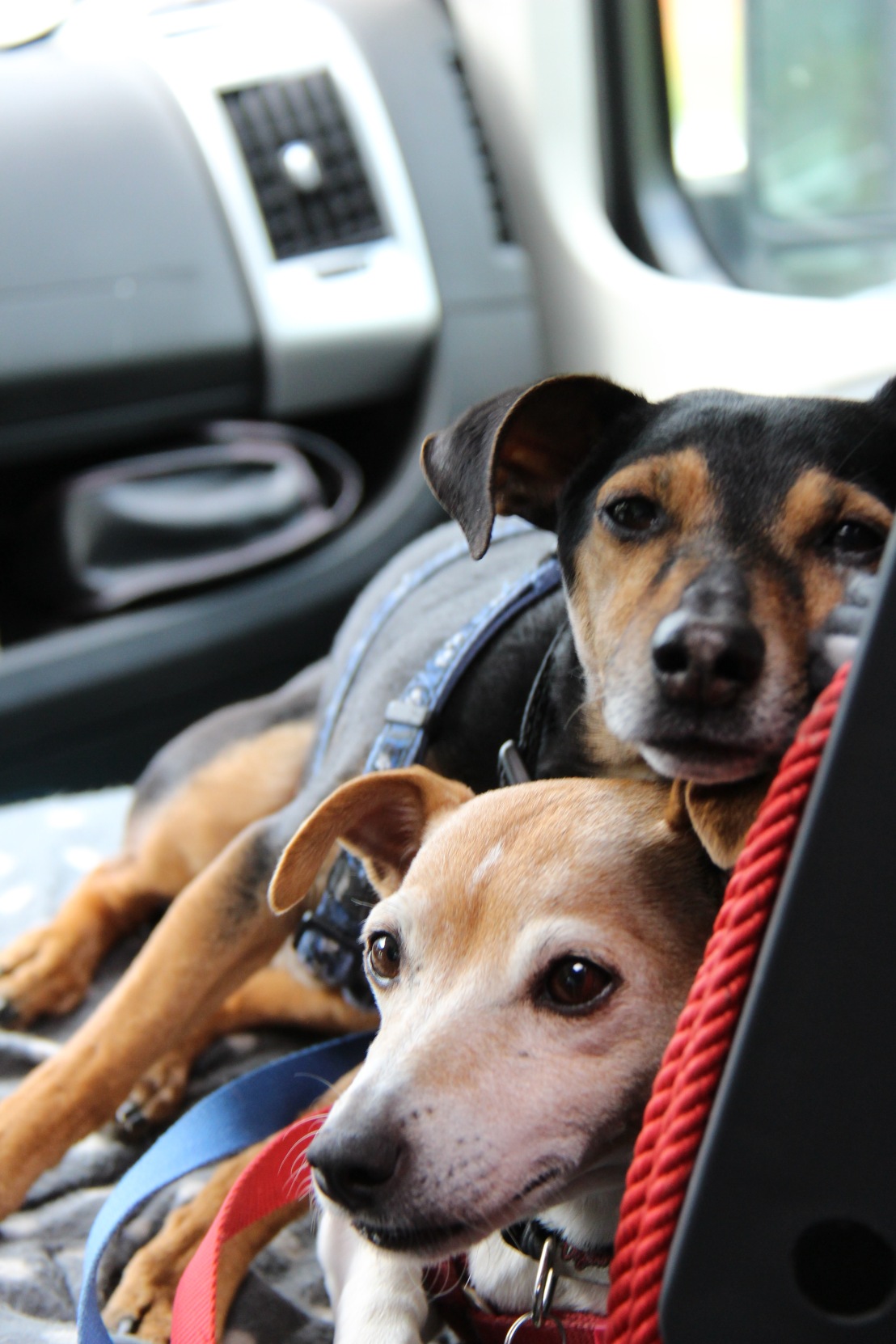 The above are Ben and Mo – Colins’s adorable little dogs.

Passed thru Bormio, saw many of the team busses that spent the night at various places along the way. Saw where the start of today’s leg will be in Tirano – glad we left when we did or we might have gotten stuck waiting for the race to go by, as we’re following the same roads all the way to Edolo where we go south and the race goes up thru the Tonale pass that we came over last Sunday.
Stopped in Aprica for tea – there’s going to be a sprint there so they have a banner and everything.

The cafe we we ate seems to have some resident sparrows – they walk right inside. A guy chased them out a couple of times, then fed one some food – they’ll never get rid of them! 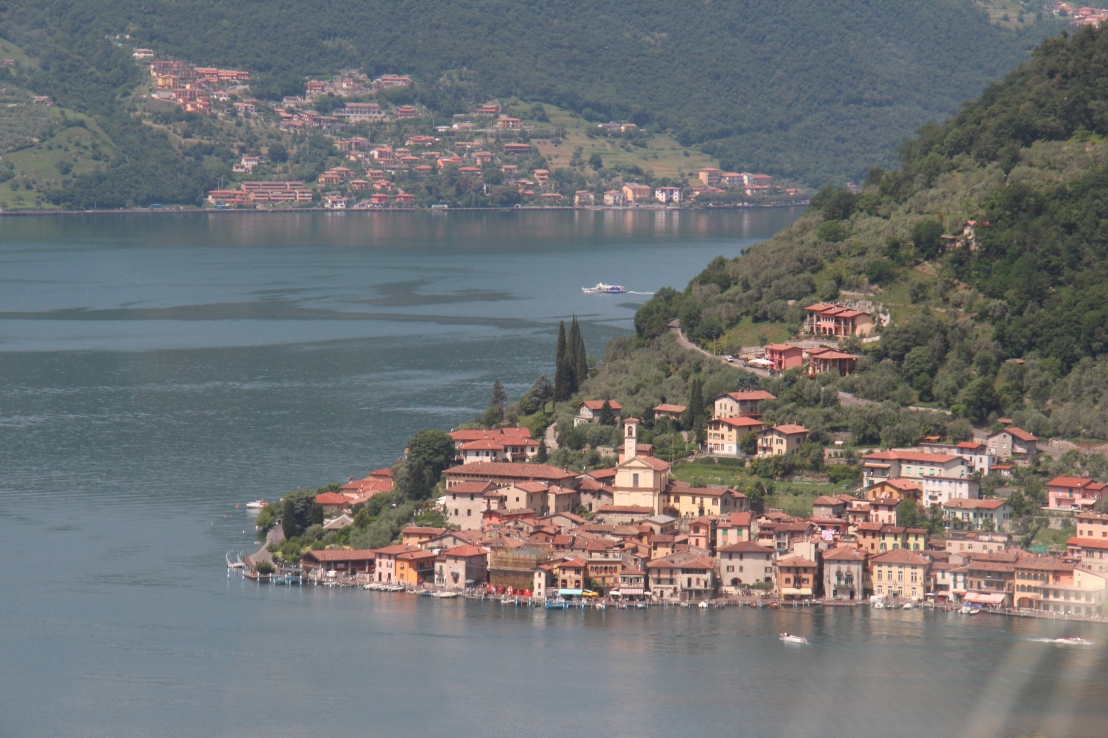 Got to Camping Cavelo early, checked in and had a nice hot shower, followed by large lunch at the bar – right on the lake, too. Watched the Giro most of the afternoon.  After 2 above this morning and all the layers of clothing I had, it’s now 24 above and time for shorts! 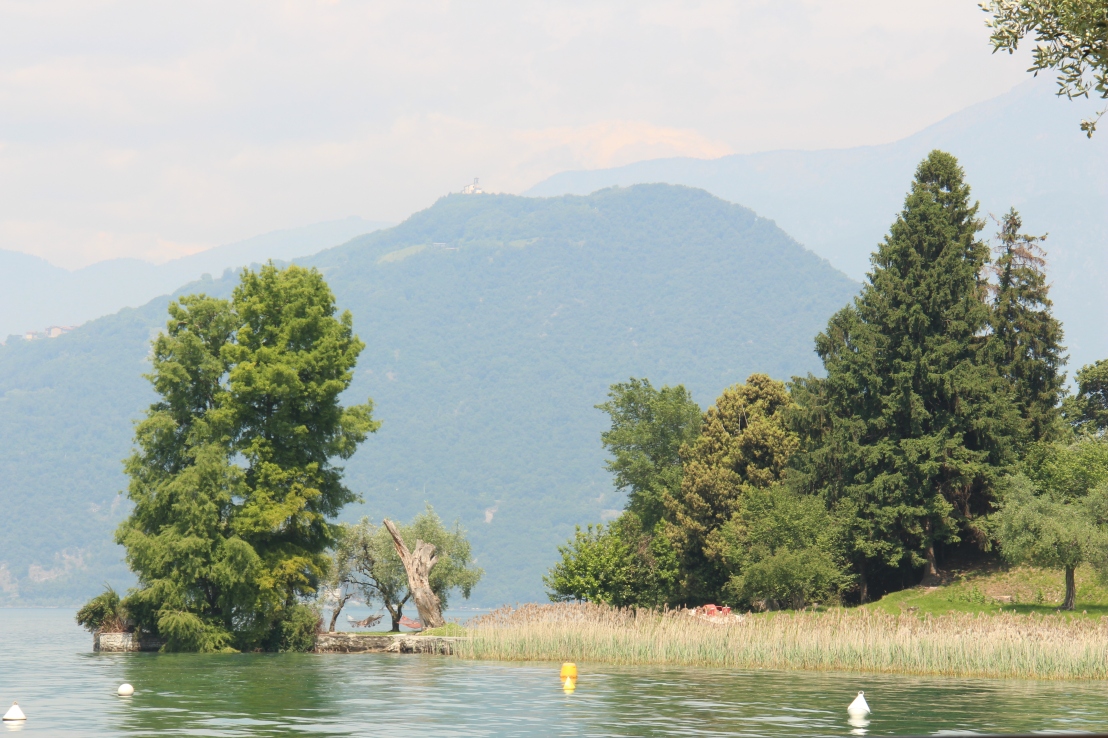 Trying to figure out trains from Brescia to Trieste, or even into Croatia – have to make sure I can take my bike, then get onto a nice road or cycle path without too much trouble.

Did some laundry, read on the lakeside as the sun went down – nice quiet evening, swans, goose, ducks (not shy!) and everything.
Watched the sunset – beautiful. 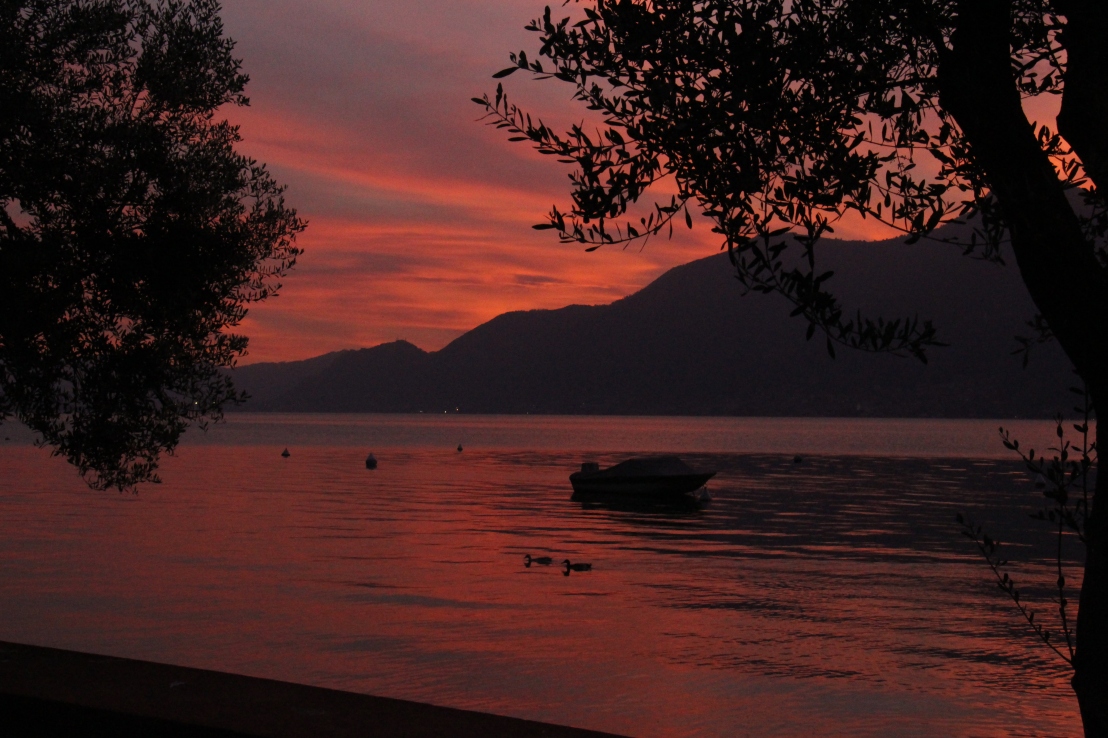