The Hungarians didn’t arrive until about 2:30 in the morning – they were caught up at the border for some reason. I barely noticed them passing thru my room to theirs, and slept in until around 8. A bit of a late start, but I’m really in no rush right now.

Rode along the south side of the river Miljacka west as far as I could toward my destination of Ilidza – mostly all wide paved cycle/walking paths.
When the highway veered a little southwest, still had nice marked cycle path, that turned into a sidewalk, that then turned into a narrow winding cowpath thru the weeds at the side of the highway. Made it to Ilidza, and rode down the ‘promenade’ to the source of the Bosnia river. The promenade is 3.5 km long and is very beautiful with large trees on both sides – some cars must drive along it, but I didn’t see any. 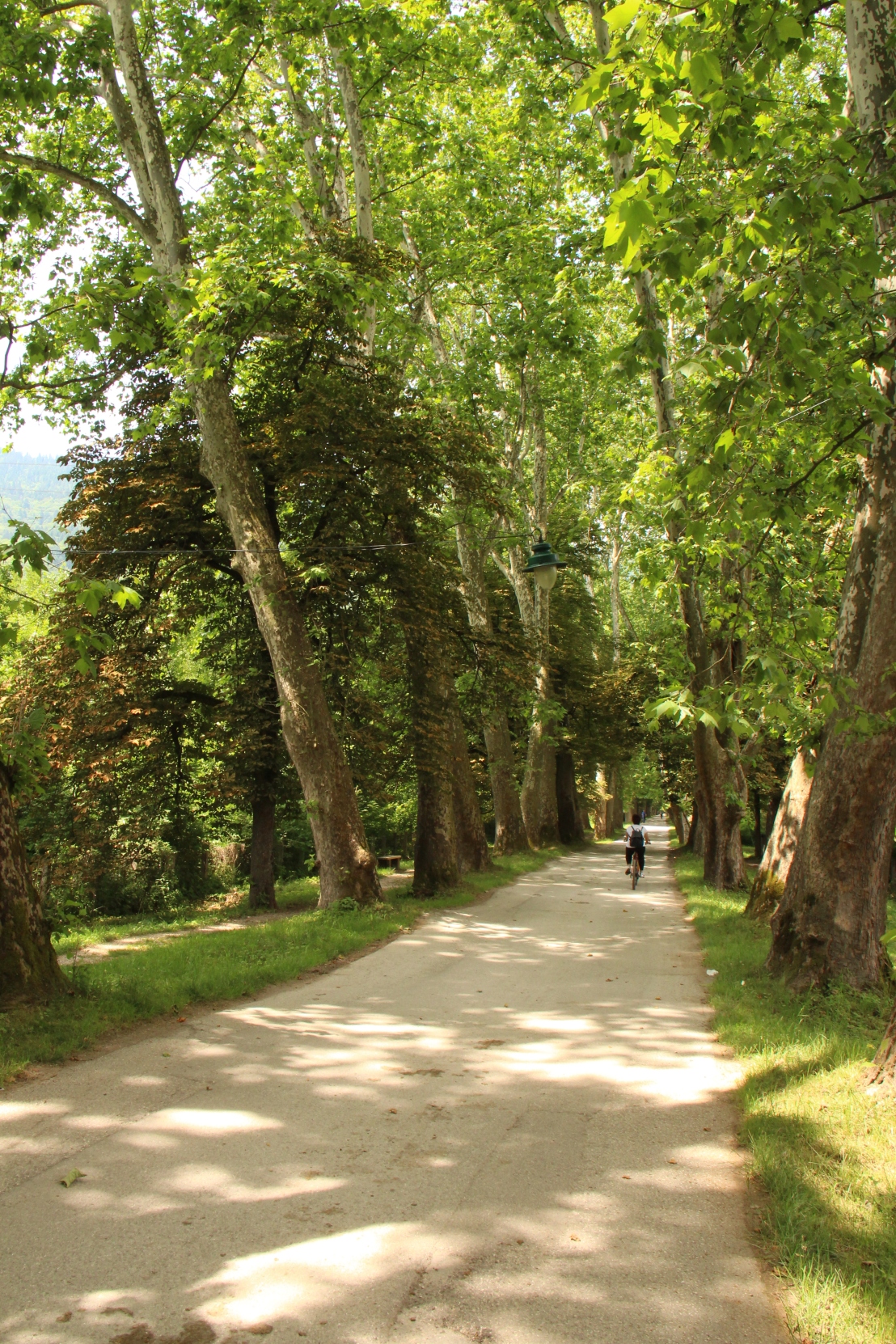 There are large beautiful ‘estates’ along the way, but mostly the traffic is horse-drawn carriages taking people to and from the large park where the springs are. 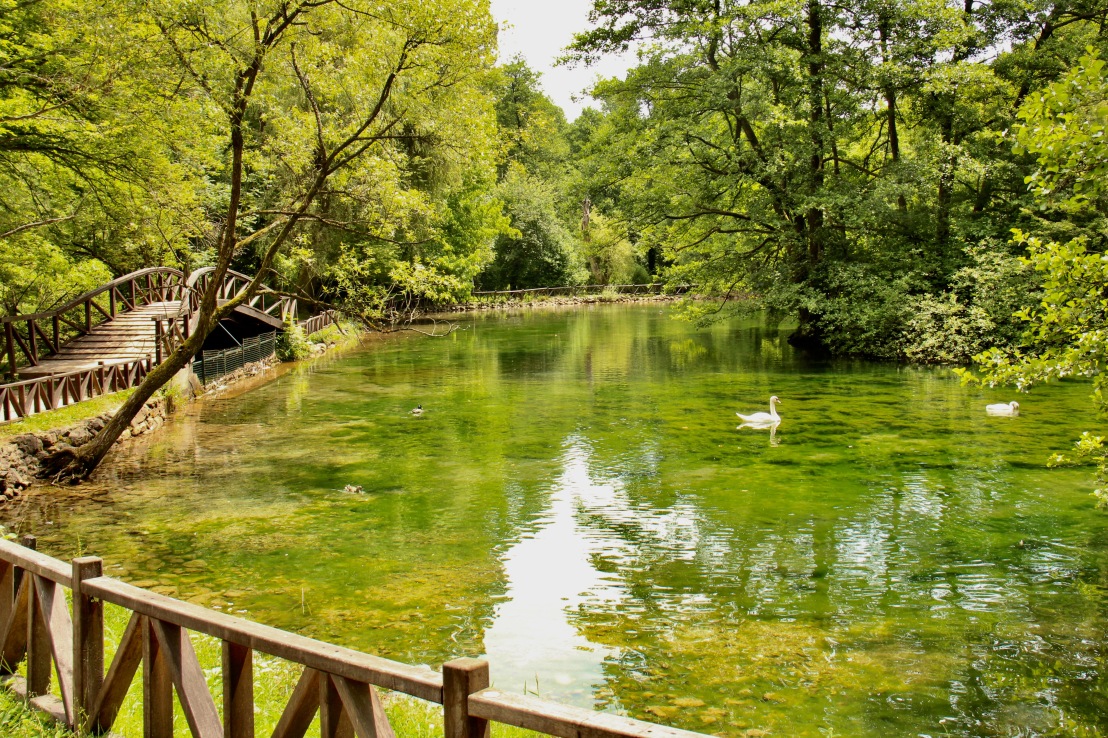 Rode around in the park – saw the springs that birth the river – right up next to the mountain.

When I tried to leave the gate I had entered the park by was closed so found another one – I think I got in a back gate that was open for a delivery of some kind, because the one that I was able to get out of had a booth that I think you were supposed to pay to get in.

Rode back up the promenade and was pretty tired but since I was so far out of the city decided visit the ‘tunnel of life’ that helped get food and other supplies to the people of Sarajevo during the 1992-95 war. Even though I had a map I had to stop more than once to ask directions – some folks were more helpful than others. Once I crossed a highway and was kind of heading in the right direction I ended up at a cement works (or something). A lady washing her car called over the gate-guard who did his best to direct me – even tried to draw me a map. Then another guy came along on a motorbike – they told him where I wanted to go, then told me to follow him. He drove fairly slowly, although I had to really work to keep up (luckily it was very flat terrain). He led me all the way to the place, and even made sure they gave me a place to lock my bike up!

The tunnel exhibits and history were very moving – it was 800 metres long and went right under where the UN forces were during the war, in a very narrow bottle-neck between the ‘free’ part of Bosnia and the city of Sarajevo. I’m not sure what the UN did at the time (useless??), but over 11,500 people were killed in the 1,425 days of the siege, including 1,601 children. Apparently the Serbian army that surrounded Sarajevo didn’t know the precise location of the entrance and exit of the tunnel, and were never able to stop things from flowing. Foreign reporters holed up in the Holiday Inn supposedly knew about the tunnel, but strangely hardly mentioned it in their writings – it is assumed that they didn’t want to give anything away that would doom the city and it’s inhabitants. One end of the tunnel was actually in a house and the family is credited with helping save the city and after the war ended made sure at least part of it was preserved.

Long ride back to the old city – very hot and dripping sweat. I hadn’t eaten since breakfast around 9, so stopped at a donair shop and got a ‘large’ – 5 km! Pushed the bike up the hill to the hotel – I’m glad I took a taxi from the bus station the afternoon I arrived as pushing it up with all my gear would have been extremely difficult.

Had a really nice warm shower – felt almost human again afterwards. Wolfed down 3/4 of the donair and sat under the grape arbour again. Had another nice chat with Mirza.