Had some rain during the night, but little wind, thankfully. Everything was still soaked when we were ready to leave, so packed up the tent stuff into a big black plastic garbage bag that then went into my large waterproof bag.

Got going just before 9 – left Jussac heading west, then northwest past Tulle – leaving Cantal department and into Limousin. Continued northwest, then west again to the small town of St. Yrieix-la-Perche where we stopped for lunch.

One thing that’s common to many places, both in Italy and here in France, is that they’re heavily into roundabouts, and lots of them have displays of different things, including beautiful flowers, etc. 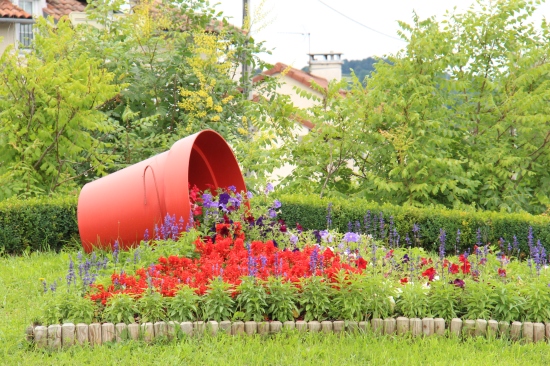 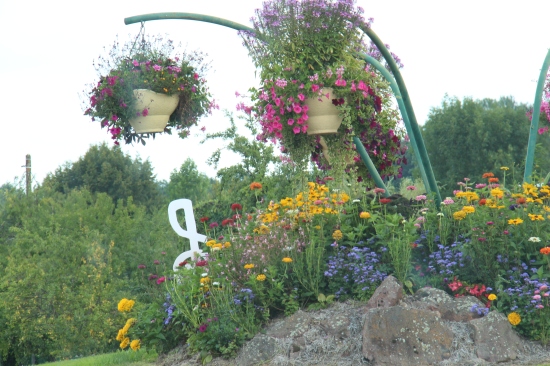 Took nice quiet back roads to Rochechouart – there’s a music festival going on and they have posters and musical symbols up everywhere.

Passed a bunch of road re-surfacing – maybe the Tour is coming here next year – ha ha. Left the department of Limousin and went west into the Charente to Colin’s town of Mansle, not far north of the city of Angouleme. 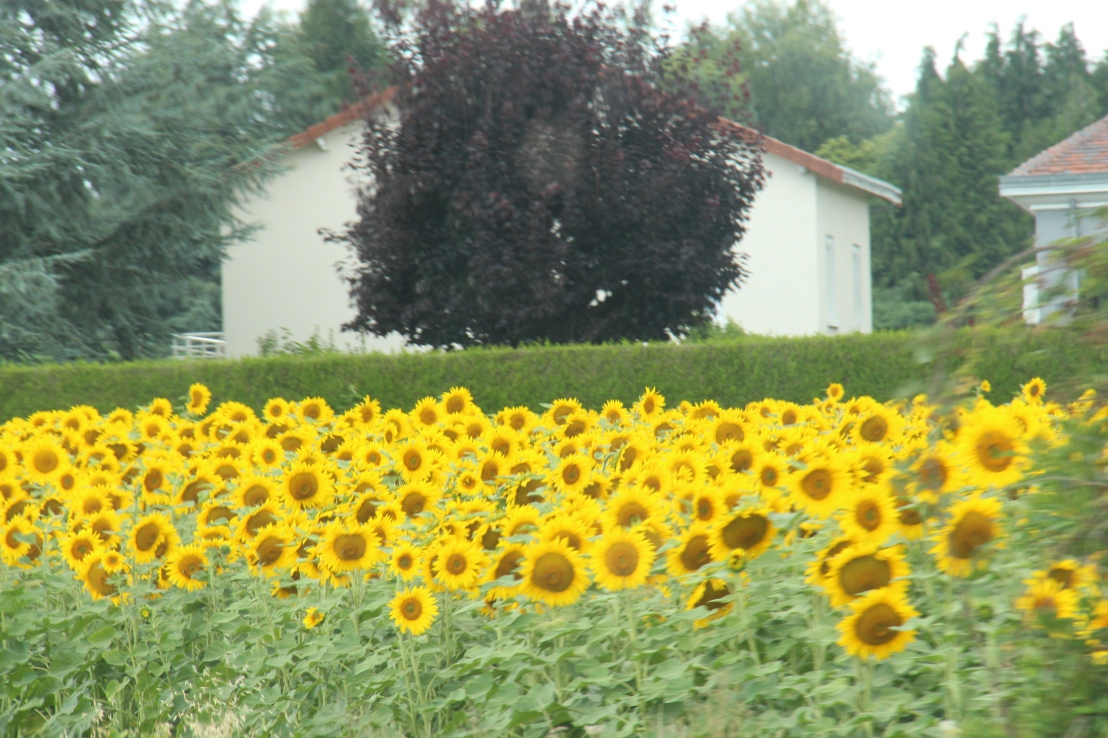 Colin’s house is wonderful – he showed me a ‘before’ picture and I can hardly believe it’s the same place. Hung my soaked tenting gear up on an outside line to dry, then took doggies for a walk – there’s a nice grass horse track (hippodrome) and cricket field, right next to a beautiful campground managed by a friend of Colin’s.

He bought me a glass of wine at the campground’s bar, then we walked back up to another bar for another glass. The dogs love the place as they always get treats there. Colin’s friend/roomer Neil joined us after he finished work, then an Australian couple pulled up chairs as well.

Went home and face-timed Dom for the first time in days, then had a wonderful roast chicken-leg and potatoes dinner and more good conversation.

Had my first bath since leaving home. Neil had re-done the bathroom a couple of years ago and I’m the first one – other than the dogs – to use the bathtub. It was very relaxing – nice and deep with a sloped back and everything.

Got to sleep in a real bed – my thin foamy on hard ground is better than nothing, but a bed is much more comfortable.