Didn’t sleep too bad – I kept thinking that the wind was still howling when I finally realized it was the ocean crashing all night long – duh! It didn’t sound this loud at the last ocean-side campground, but we were on a hill and perhaps sheltered a bit from the sound.

Had a great shower – lots of hot water, but chilly once I got out. Did yoga for the first time in days – it always feels especially good after not be able to do it for awhile. Took the little ones for a walk across the road and to look at the beach – rays of sun coming thru the clouds.

Had some of my left-over chicken and chips for breakfast, then headed down to the campground’s restaurant for some tea and wi-fi. They don’t have regular black tea here – you have a choice of black with chocolate, or black with mint – I went for the chocolate. Maybe it’s an acquired taste – it wasn’t horrible, but I don’t think I’d get it every day.

Asked the waiter how to get to the city we can see to the west but apparently you have to go around a fairly large inlet, but there is a smaller town on this side of the inlet that has a store or two. I got on the bike and went for a little ride – found the store no problem, but couldn’t find any cream. I even asked another shopper and she wasn’t able to locate it either, so I bought what is probably whipping cream instead – hope it works for Colin’s cereal.

After shopping I took a ride down the road a bit further – the town is strung out along the highway and down several side roads. When I returned I took a different road than the one I came on and ended up right across the inlet from the city (Foz). The ‘scenic route’ back to the campground was easy to figure out – just headed east along the coastline.

Most of the houses along the road are fairly large – they look like they might be weekend/summer homes for rich people from one of the larger cities or something.

After I dropped off the groceries and had the rest of the chicken and chips for lunch I pedalled back to the restaurant where we had the lunch yesterday and had a glass of wine while I caught up on a couple days of my blog.

I then spent some time down on the beach – some folks are tanning, some are actually swimming, but there’s a real wind blowing and I don’t find it all that hot, although it is very beautiful. I came to a bit of a decision on what to do at the end of the month, but still have some more thinking to do. For now I know where we’re heading tomorrow and that’s enough for the moment. 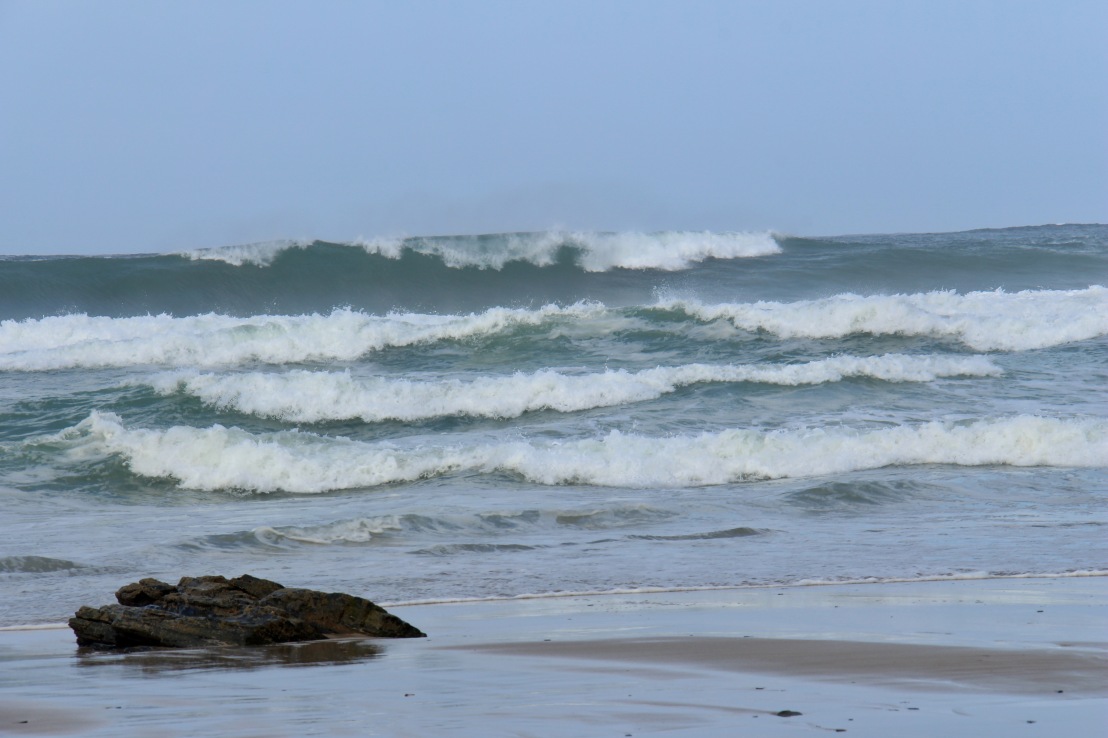 Read the ‘Thousand Years of Annoying the French’ book some more – still finding it very humorous in addition to teaching me a bit more history.