Went for a long walk yesterday with Colin, Mo and Ben down to get a battery charger and some food. Cleaned the fridge in the campervan – turns out it wasn’t the beets that had leaked all over the place, but the frozen raspberries in the little freezer. Washed everything off, including the floor – dried raspberry juice is very sticky.

The weather this morning was beautiful – slight breeze, clear blue sky. I did yoga while Colin took his mini in for servicing. Just after noon I went for a bike ride – stuck fairly close to home rather than riding to the canal. 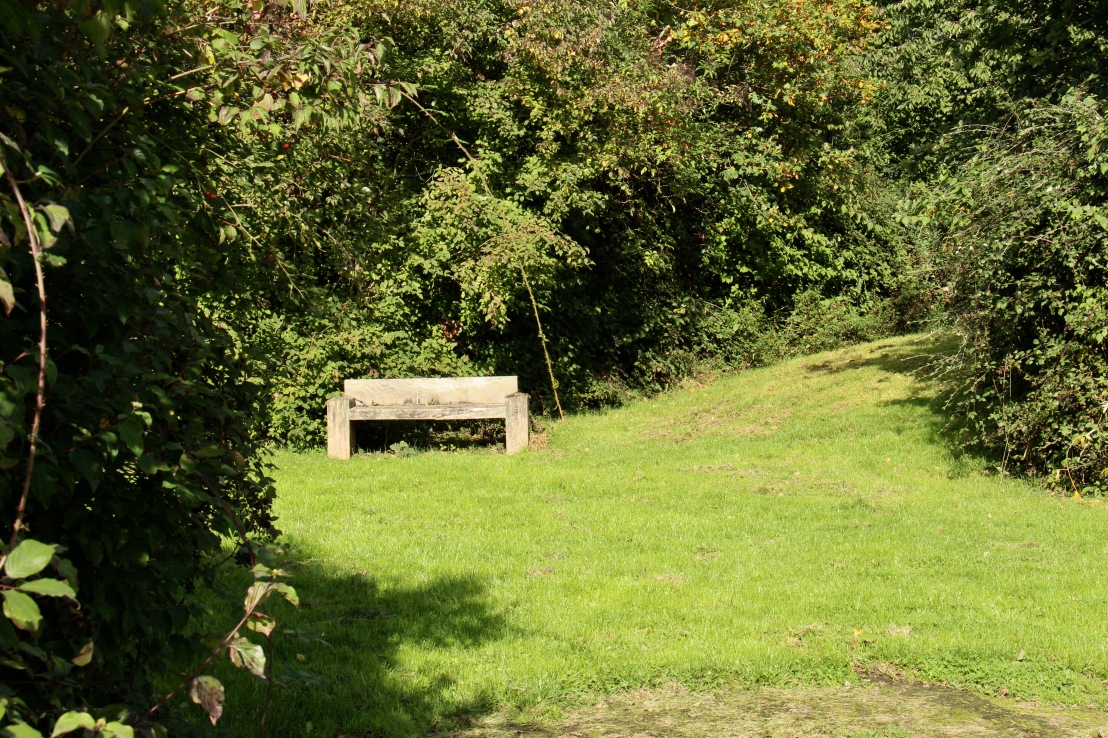 Visited the community orchard, the grange, the pond (which is already full of floating plastic bottles and garbage again). Everything is turning gorgeous colours.

Stopped at the local pub that has the cat, and got a pint of delicious cider that I took outside to one of the many picnic tables on the terrace. The cat ignored me to begin with as two guys at another table had some food. The minute they left kitty was up on the table seeing what was left for him. After he’d cleaned the plates he came over to me when I called him – the waitress had called him Chips, and he’s a neutered male so likely more a pet than a wild stray. 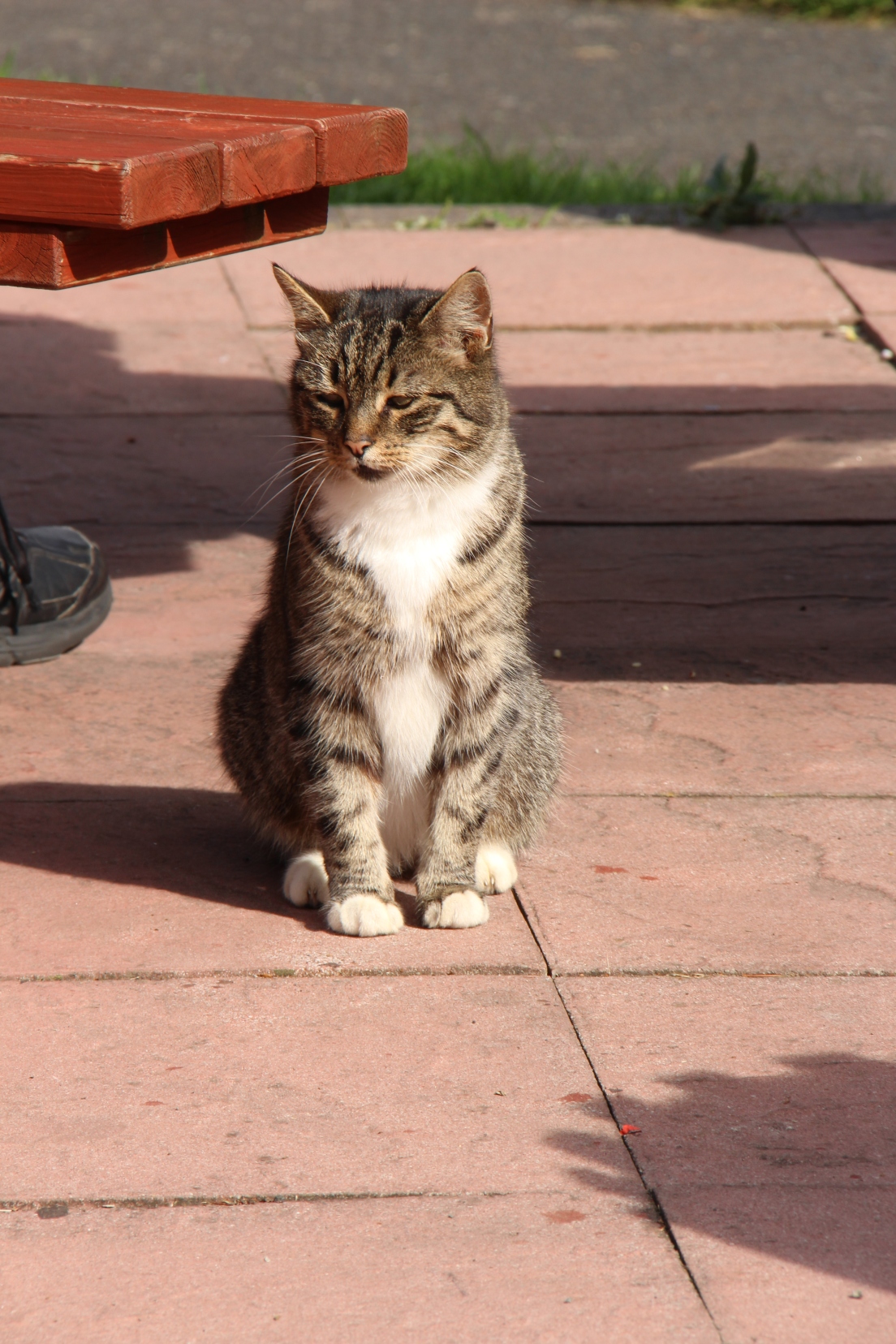 He came over and eventually jumped up beside me and then onto the table. I petted and scratched him for a few minutes until he’d had enough and hissed and scratched at me. Luckily I still had my riding gloves on and he didn’t get to any skin.

Back at the house Colin had pulled the campervan onto the driveway and Lyn and Philip were out talking with him. Lyn was quite interested in the campervan – she told me they used to have one and did a lot of traveling around. Colin had bought a device to hook up to the satellite and the downstairs tv now works with all of the many channels.

Had a lovely baked salmon dinner, did some sudoku puzzles (from the book I left here in August) and went to bed fairly early.