Got up at a decent time, and on the road to Birmingham in the campervan to get the electrical and other things fixed. Colin had to use his new jump-starter twice – once to get going, and again after stopping for gas. The drive to Birmingham was on quite busy roads, and it was raining almost the whole way.

We passed the Dunlop fort, which was the original Dunlop tire factory, and also the Aston Villa stadium. Dropped the campervan off and they gave us a lift to the area where the train station is.

There is a nice fairly large part of the city that is traffic-free and there were hundreds of folks walking around – some very nice looking restaurants, and high-end stores, in addition to an old moss-covered church. 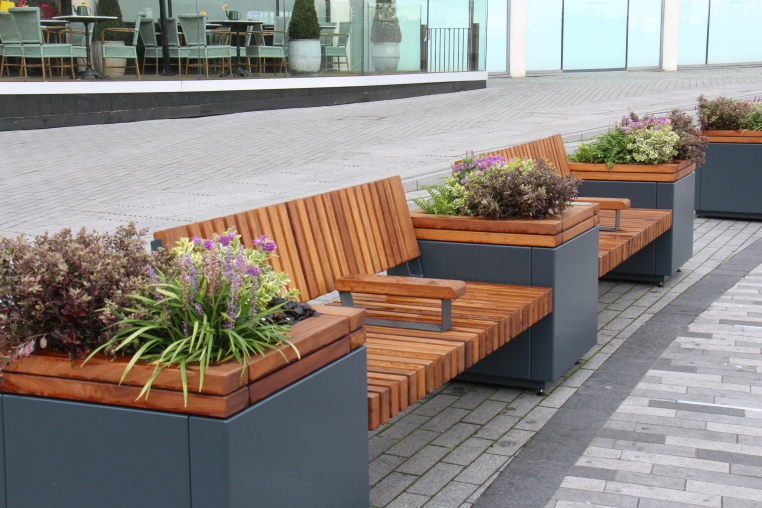 There’s one whole area and a high building called the Bull Ring – and a large statue of an angry-looking bull – it’s where the farmers used to gather to sell their livestock.

There was a statue of Nelson, and an Apple store in a beautiful old building that looked like a museum. 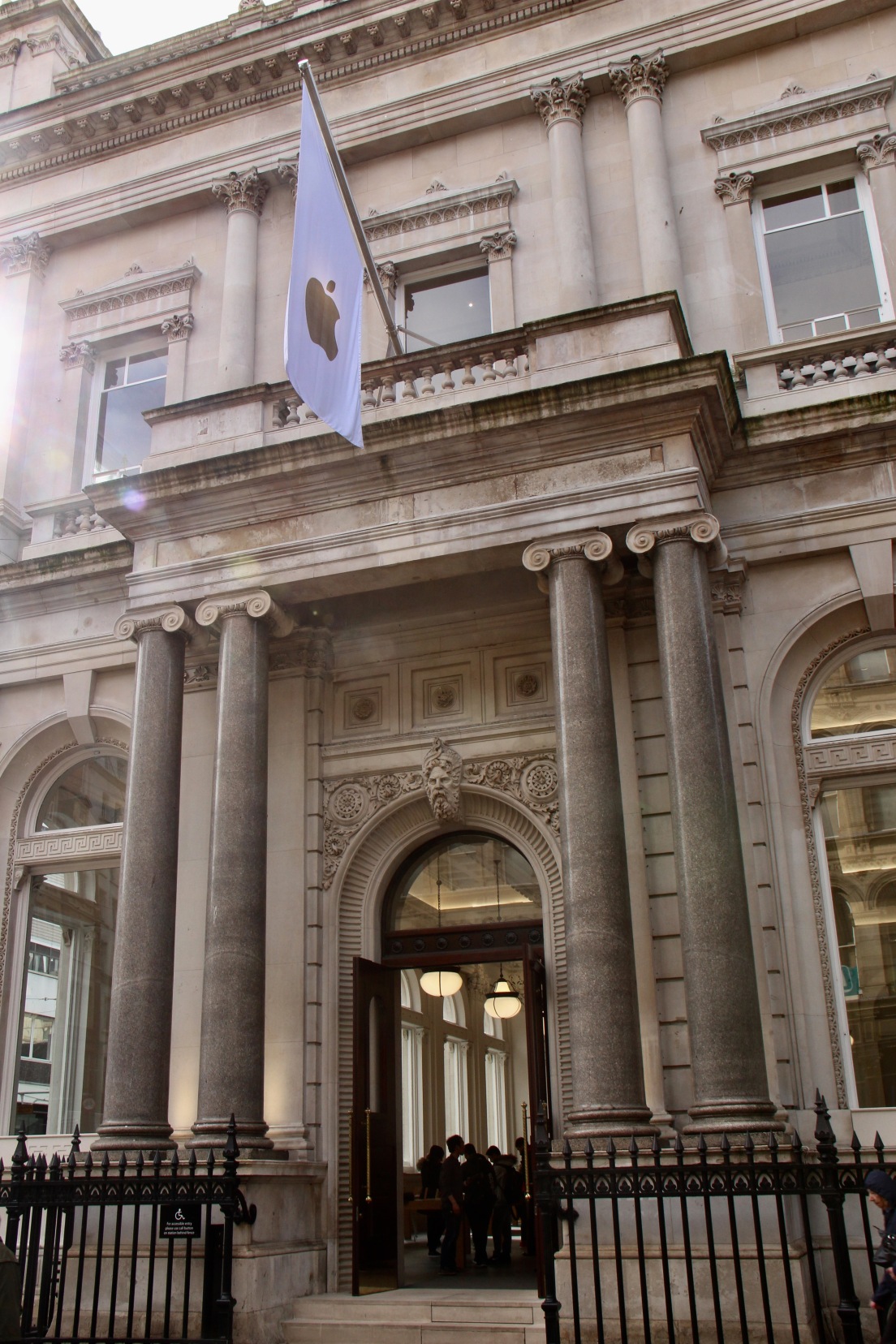 The train station is fairly new and very large and airy. There are cafes, restaurants and shops on two levels. We only had 3 minutes to catch the next train to Worcester, so instead of frantically rushing to try to get it we sat in a swanky cafe on the second level and had some coffee and tea.

Caught the 12:49 train, that left right on time. On the way out of Birmingham we passed the original Cadbury factory. A couple of teenage girls got on after a stop or two and one of them talked almost non-stop the entire rest of the way – we learned all about her life and how popular she was. Her friend got a word in now and then but mostly it was a monologue – in a very loud voice – from miss popularity cheerleader with the short-skirted school uniform.

Arrived in Worcester in around an hour and walked around just a bit before heading up Tolladine road and home. Shortly after we got home Colin went to pick-up the mini while I took the doggies for a walk to the orchard. I let them off the leash as no one else was around and was surprised that they didn’t just take off running like they usually do. I think it’s because they haven’t been there before, so they kind of stuck a little closer to me than they normally would have when off-leash. I walked around with them, then leashed them up again for the walk home.

Colin went out around 5 – a friend picked him up and they went to meet a group of other friends for a drink, then dinner. I walked up to the store and bought myself some pasta and sauce for my dinner, then watched tv surrounded by doggies.