Finally did yoga and did it ever feel good – I was starting to feel a bit stiff and it did wonders. Went down into the village and got some fresh bread from the little supermarket – you just tell her which loaf you’d like and how large a piece and she cuts off a chunk for you.

Colin was meeting some friends across the road from the store at the other bar so I joined them – got complimentary pastries filled with custard and a bowl of peanuts. They came back up to see Colin’s house and then left on their way – both couples (Kay and Mike, and Barbara and Mike) have places in Italy, nearer to Rome and were on a small trip together to see other parts of the country.

Took Mo for a walk further up the hill past the bell tower and followed what I thought was a small road hoping it would take me over the hill and then west, but it turned out to be someone’s driveway so we had to turn back. There were some really good views of the area, though. 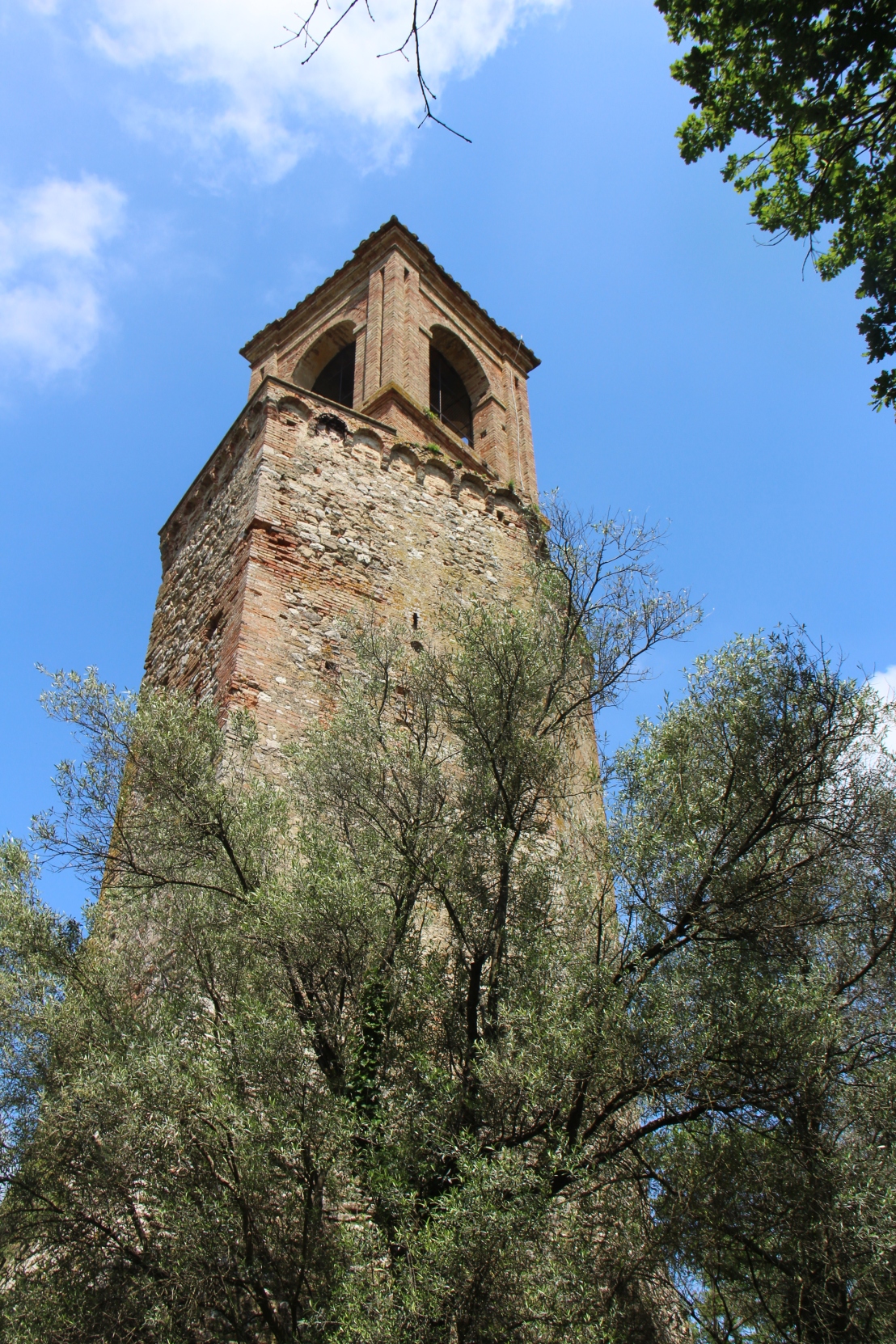 Watched the first half of today’s Giro, then had to change the channel as usual. Colin was out helping Neil with the courtyard fence while I went with Mo back to the village to get a few things for dinner and watch the end of the stage at Poppy’s bar. When I walked in there were several older men watching a football match – they understood when I asked about the cycling and told me I’d have to wait until half-time which was about 10 or 15 minutes – Perugia was playing and it was a very important match that they just couldn’t miss. I understood about the importance to them – Perugia is the local team and of course they wanted to see the game.

Rather than wait until half-time and maybe miss the end of the race Mo and I hoofed it double-time back up the hill – of course she chose this time to stop and do some business. I didn’t have any proper doggie-doo bags with me so I improvised by using the bag that the onion had been in – luckily there was a receptacle part way up the hill so I didn’t have to carry it far. As any other cat person knows – we don’t have to do this for our babies!

Managed to catch the final 10 km or so of the race, then went back down the hill one more time with Colin to the bar. Sat outside and had a drink, then Neil joined us for a bit before going back up to the house – three trips down and up today and my legs are feeling it.

Had a nice mushroom and cheese omelette with Greek salad for dinner. Face-timed Dominic after dinner – Sly has been sleeping in my closet since I left, although he did venture back onto the bed last night. He had done all he could to keep me from leaving and is obviously missing me as much as I miss him. Merlin is much more independent but I know he misses me too.

I stayed awake longer than I should have – I just had to read a few more pages, then a few more of the James Patterson book I was reading – finished it just before midnight.