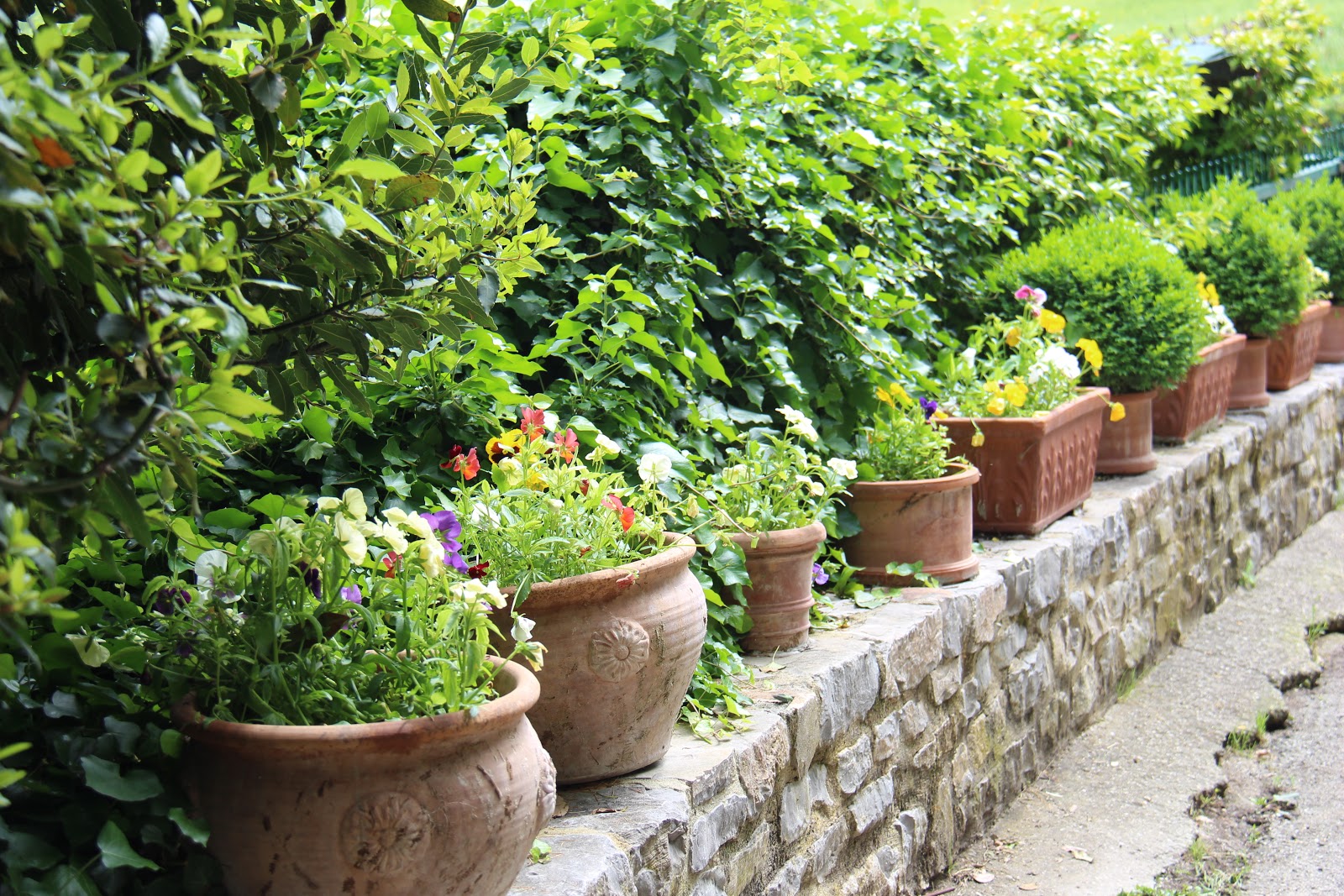 After a quick chi-gong went with Colin into Marsciano for some food, then up to Perugia to the home-store to get kitchen lights, etc.  Took Mo into Leroy and Merlin (the home-store) with us – dogs are allowed almost everywhere here, even in the little grocery store in Papiano yesterday.  I did have to keep her behind a display at one point as there was another little jack russell at a nearby cashier, but it was all ok.

Had a bite to eat back at the house then Colin had to return to L&M as he’d gotten the wrong kind of lights for the kitchen.  He also picked up some more kitchen cabinet stuff that he’d ordered but is still waiting for delivery of the countertop as well as pavers for the courtyard.  While he was out I took Mo for a walk – we’ve gone down several different lanes in the medieval part of the village that Colin’s house is in and I’m starting to get to know the area better. 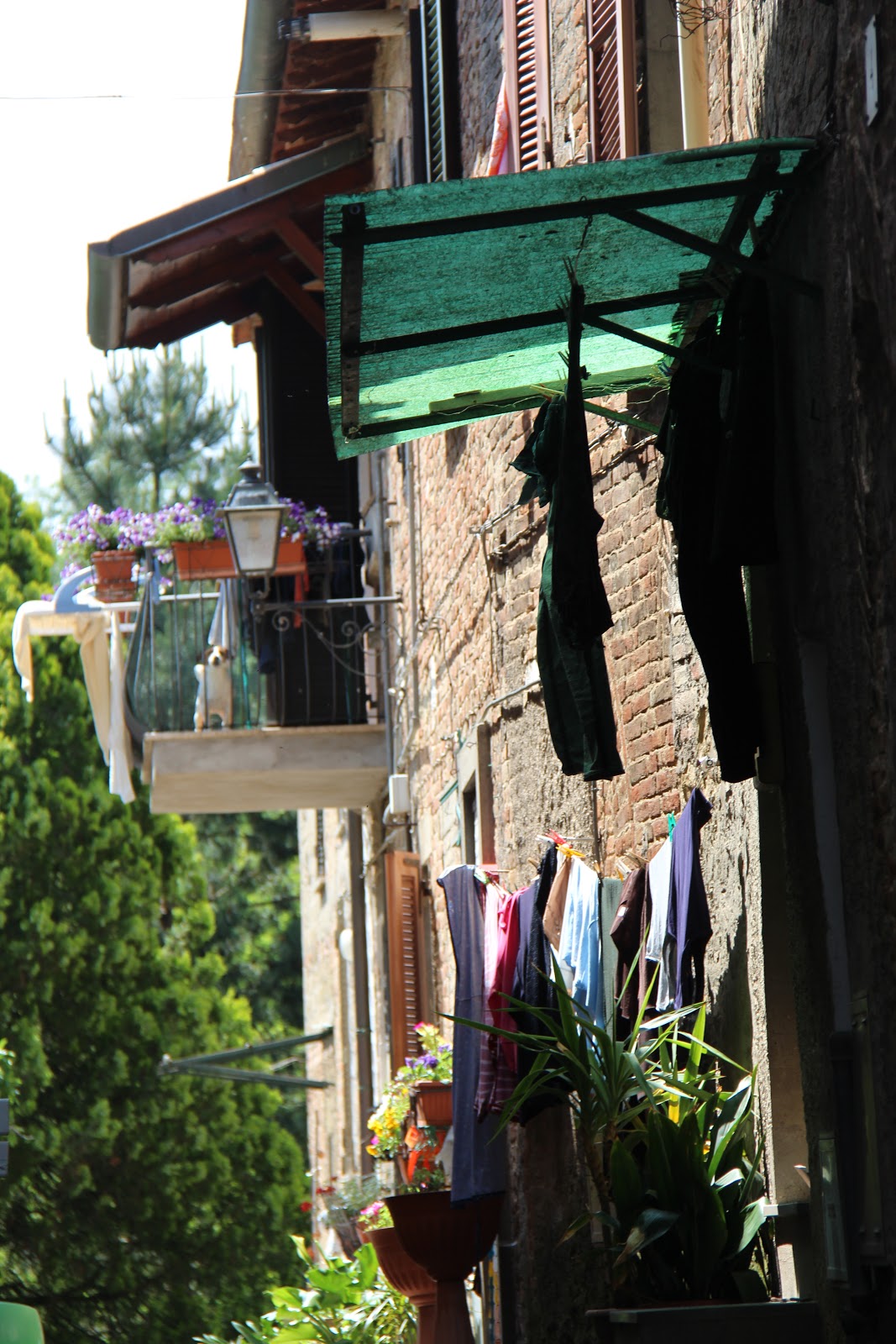 Went home and watched the end of the day’s Giro – Froome lost over a minute on the final climb – boo-hoo (I mean haha – oops I shouldn’y say that…).  After the race was over for the day we all walked down to the bar for a quick one – on the way home Mo stopped to say hello to one of the local dogs. 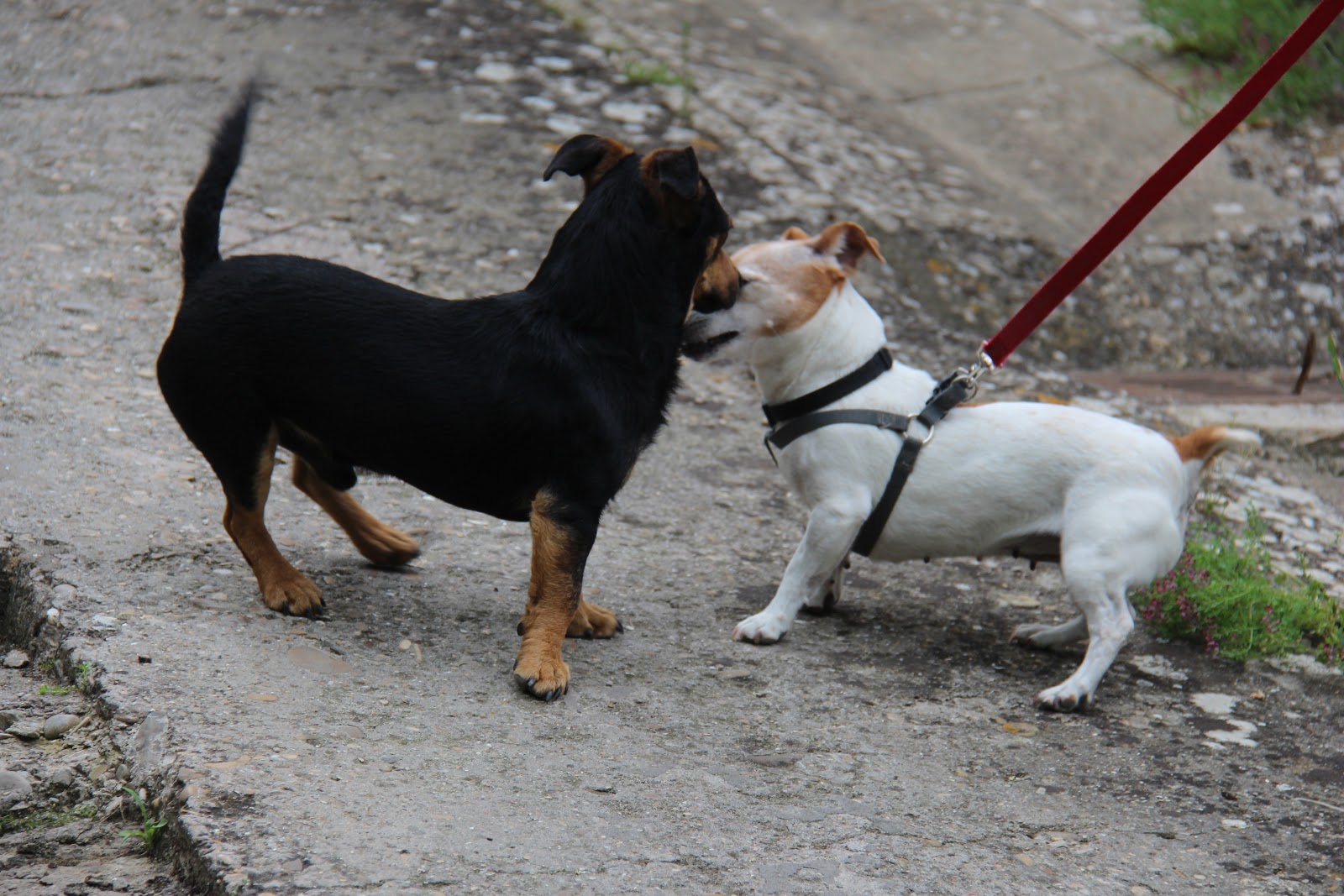 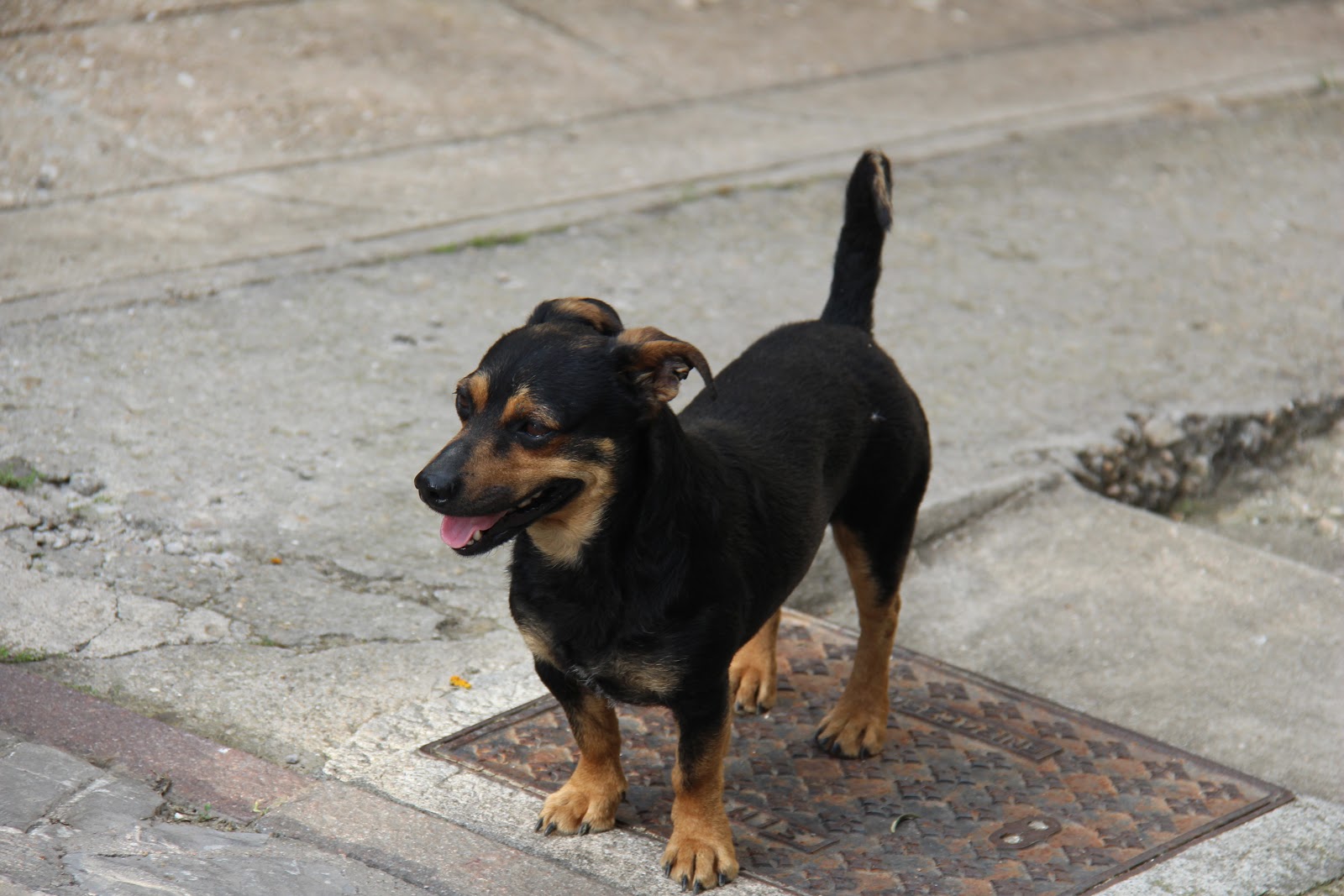 Most of the cats continue to ignor her so she pretends to ignore them. 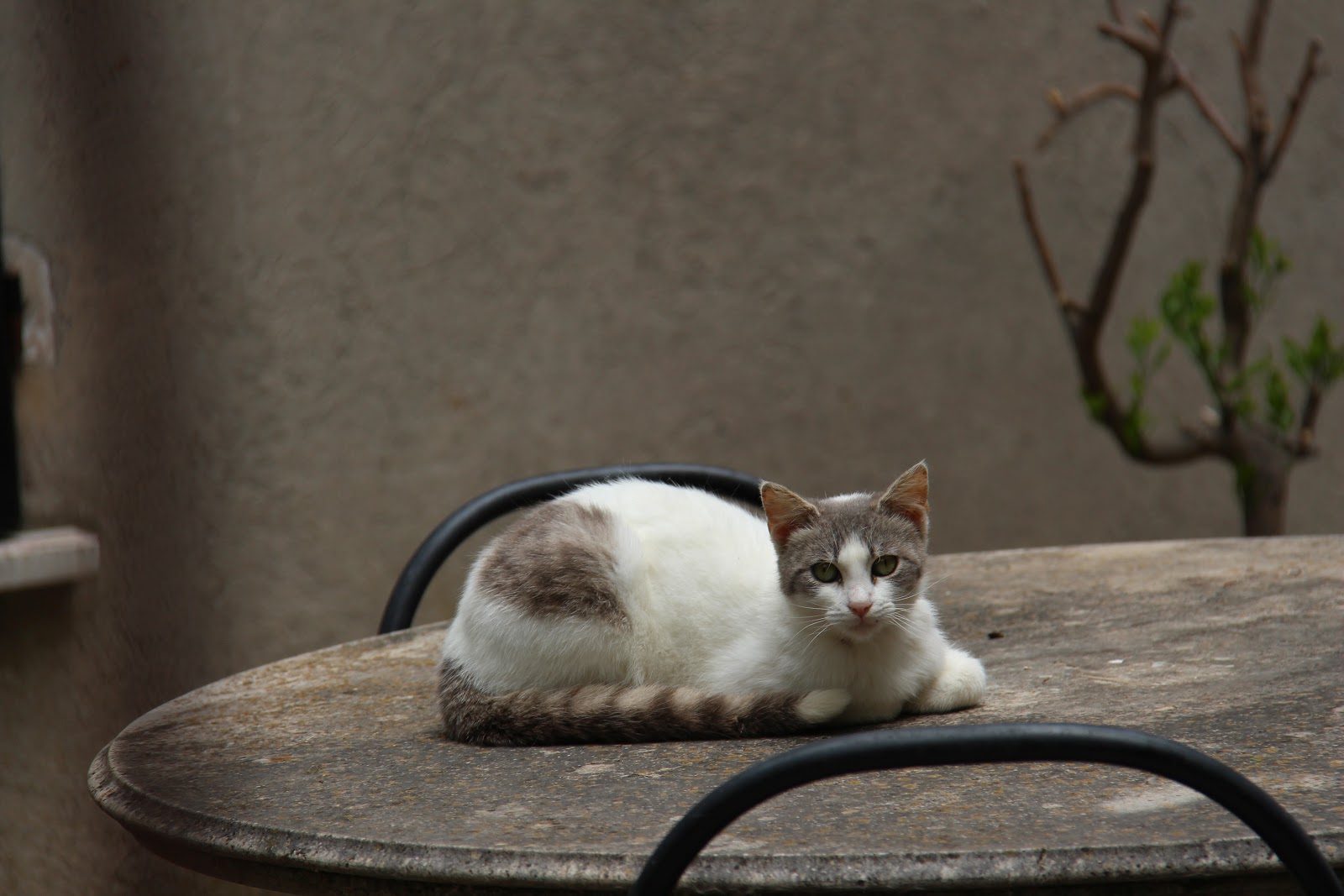 The two guards in the yard of a house the next lane down bark like mad whenever anyone comes near – they seem pretty ferocious and I’m glad there’s a sturdy fence.

Colin made some pasta bolognese for dinner that was delicious – headed to bed shortly after.  Started reading a ‘Jack Reacher’ book and it’s still hard to think of the character, who’s 6’5” being played by Tom Cruise in at least 2 (or maybe 3) films.  He must wear lifts in his shoes and perhaps stand on a small chair.