I plotted a slightly different route from the other day into my GPS, still going as far as St Front but taking a bit of a different way back.  I was on the road around 9:15 and faced a fairly stiff headwind most of the way there. Coming back I diverted from the planned route at Mouton because from there I knew where I was and just followed the main road instead of going back up into the hills.

I was mistaken when I had thought that the GPS would re-calculate the route based on where I am if I took a wrong turn – it doesn’t.  It simply tells me I’m ‘off course’ and shows me which direction I’m going. It will show the actual route I should be on if it’s within about a km or so from where I am, but otherwise I’m on my own.

While I was out the mayor had visited Colin – to remind him that he needed to keep access to the area behind the hairdresser’s next door open in case a car need to get back there (as if!!).  Apparently someone had complained about him parking both his campervan and his car too close to the building or something. Colin showed him the plans for installing a gate, etc so he can park his car under the house, and was informed that he would have to get ‘planning permission’.

I got home in plenty of time to shower and relax for a bit before we headed out for lunch.  We went to La Cagouille in VillaJesus where we met some friends of Colin’s – Sandy and Roger. 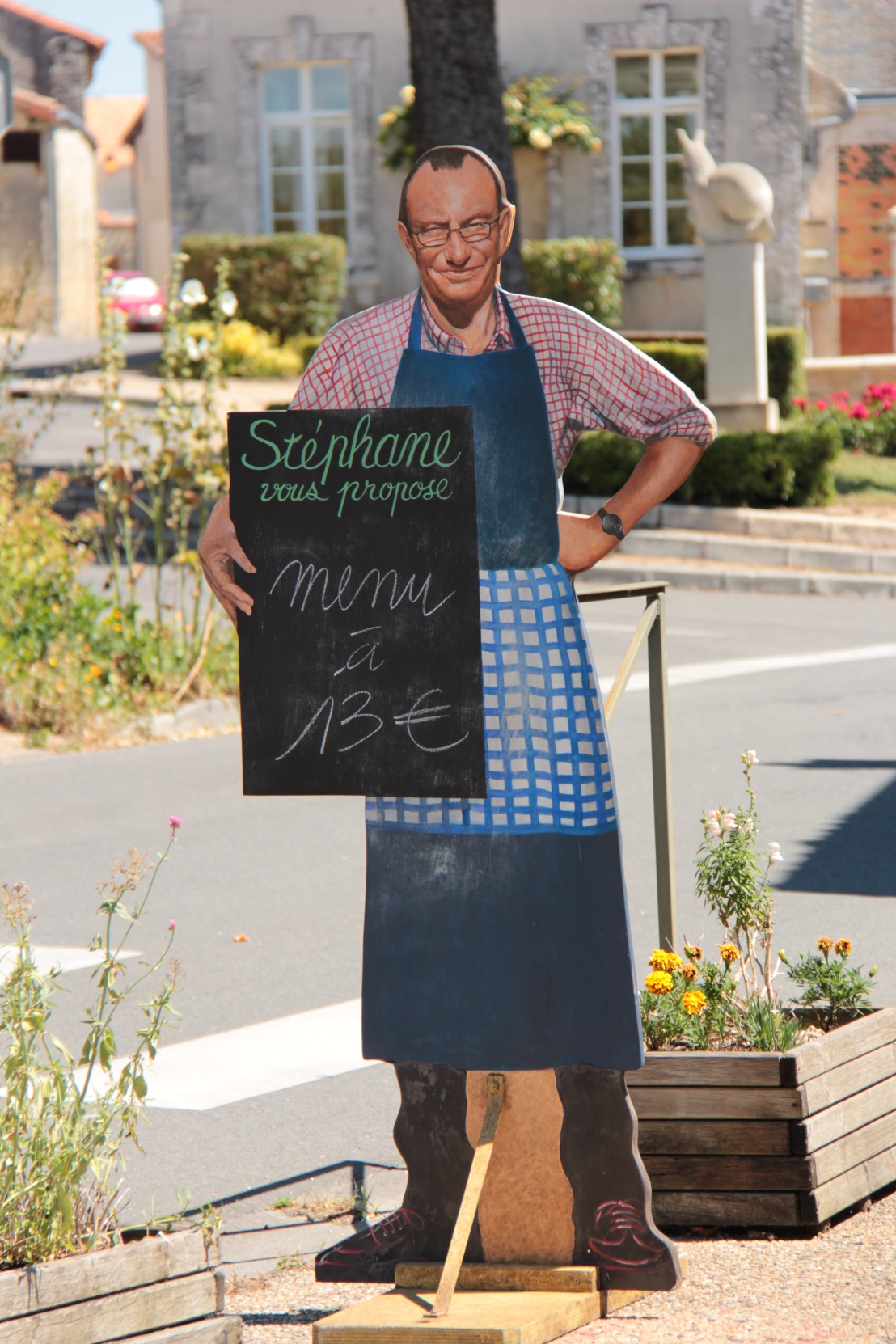 They are a really nice British couple – I met Sandy briefly last year, but she hadn’t been feeling well that day so only met her through her gate – and her four yorkies, including little ‘Kissy’.

There were two choices for each of the 3 courses – we all chose the green salad with cucumber (with yogurt dressing) for appetizer, and shrimp for the main course.  It was so good!! Probably my favourite meal so far this year. The restaurant, which we came to last year also, is not very large, but the chef, Stephane, is superb.  Simone, the waitress, is not actually his wife – I must have known that from last year but forgot. I think that all but one of the couples here for lunch were British.

After lunch we drove down to Angouleme so Colin could confirm the date, etc. for bringing the campervan in to get the wiring fixed.  Then we hit the Leroy Merlin store so he could talk with them about the size of the motorized gate, etc for the house. 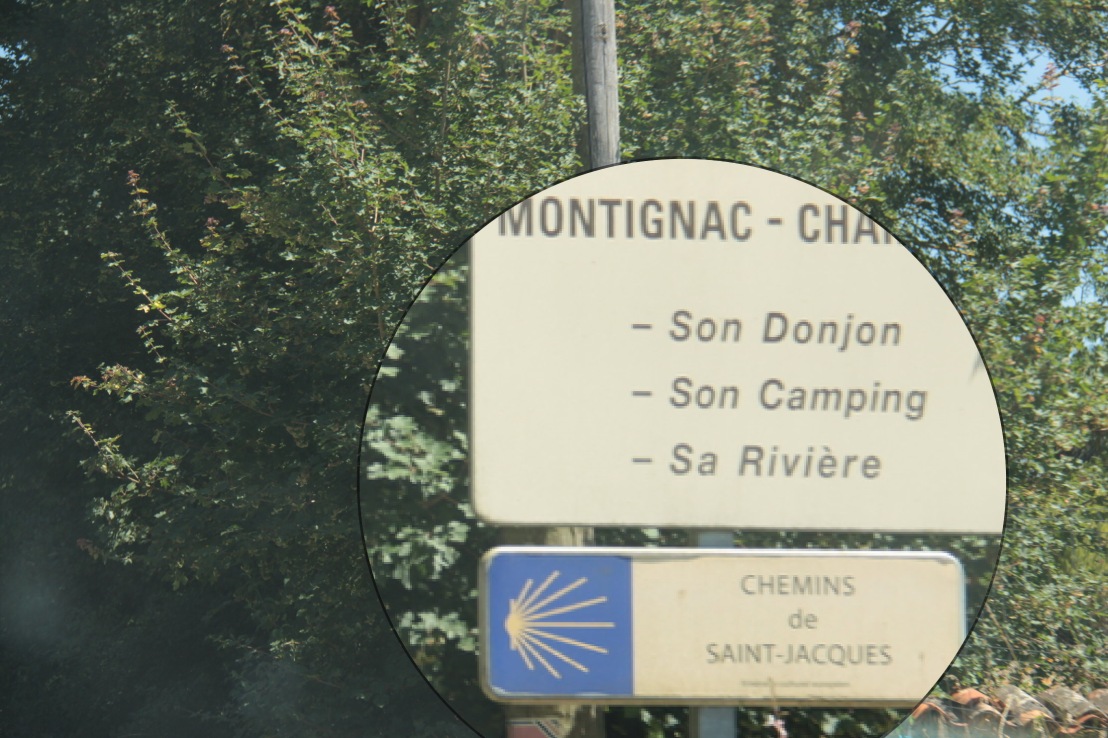 We see the occasional ‘shell sign’ for the Camino de Santiago in some villages – part of the French Route goes thru this area.  You could follow it all the way down into Spain to Santiago if you wanted.

We were both still so stuffed from lunch that we didn’t have dinner.  Watched the ho-hum game between England and Belgium – losing on purpose seems like a bit of a dumb thing to do when you’re at the World Cup, but I guess they have a strategy – hope it doesn’t backfire on them. 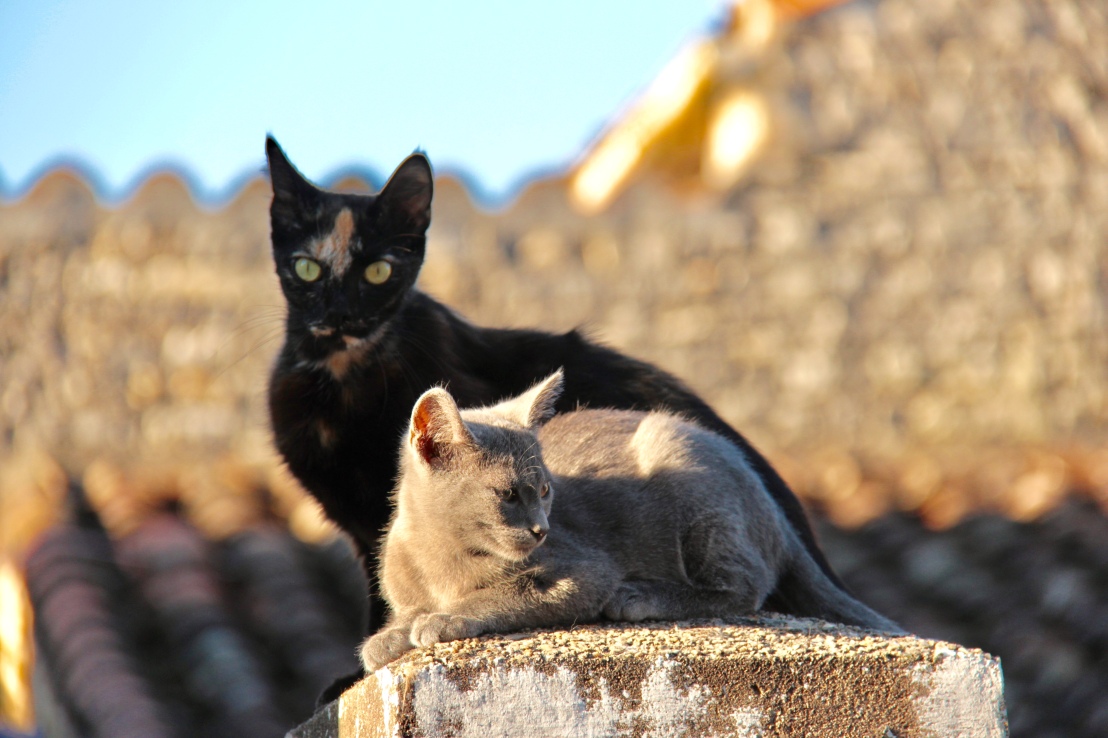