Sunday morning Colin went out to help get ready for the local road race so I stayed home with Mo and did yoga.  When Colin returned I left with him as we were getting a BBQ lunch at the Renault dealer where the race is starting and finishing.  We had very tasty sausages, as well as pate and chips, and a small glass of cognac aperitif.

Before the races started Colin and I drove around the circuit so I could choose where to park my chair and take photos from.  I ended up almost back at the Renault place at the roundabout partway up the final climb.

The first half of the race was the ‘senior’ riders, and they were divided into two groups.  Colin drove the lead car for the second group, and they did 10 laps of the course. At one point there was a driver on the road when racers were coming – the stupid car slowed right down and was about to turn left into a driveway just as 3 riders caught up to it – if everyone hadn’t shouted and a couple of official cars honked it would have turned into the riders and crushed them.  As soon as the riders passed – unscathed, thankfully – the car pulled in and as the folks got out they seemed very displeased that they’d been honked at and yelled at. 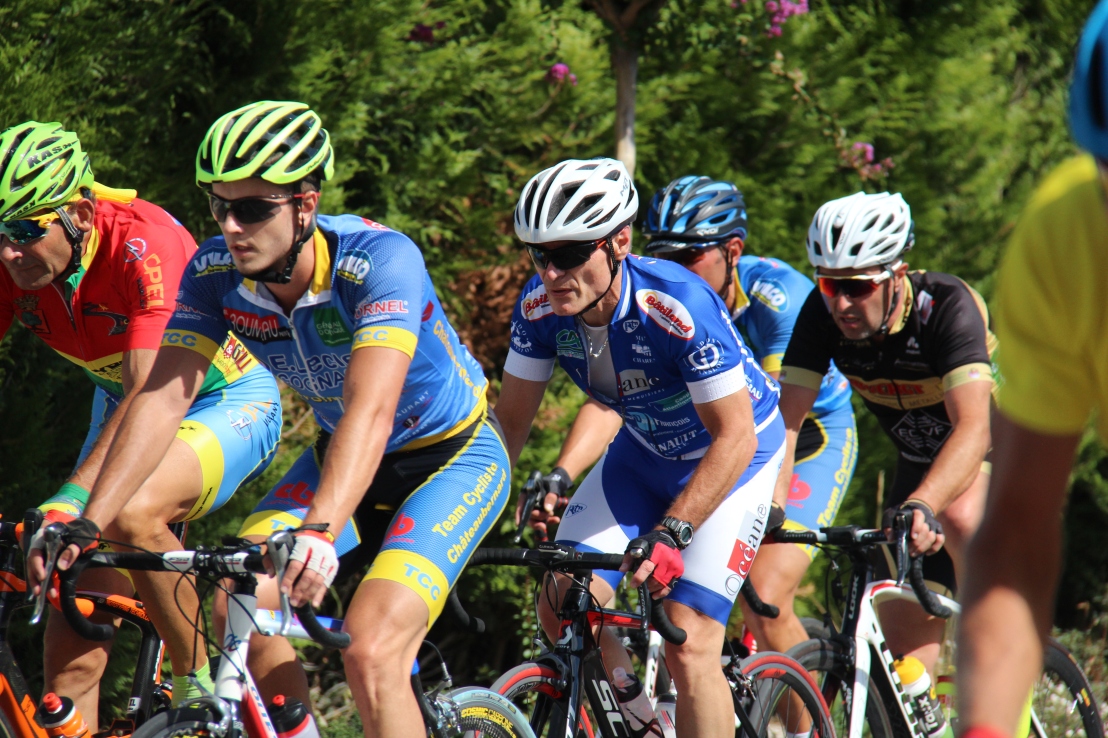 When the older racers were all done there was a second race for the younger riders, which were also split into two groups – this time I rode in the car with Colin.  At one point in the course there was a dead black and white cat in a field to the right of the road – we assumed that it was hit by a car and moved off the road.  I got to pass it at least 6 or 8 times – even when I averted my eyes I knew it was there.

Shortly after the finish Colin ferried me home so I could get dinner started while he went back to watch the podium presentations. 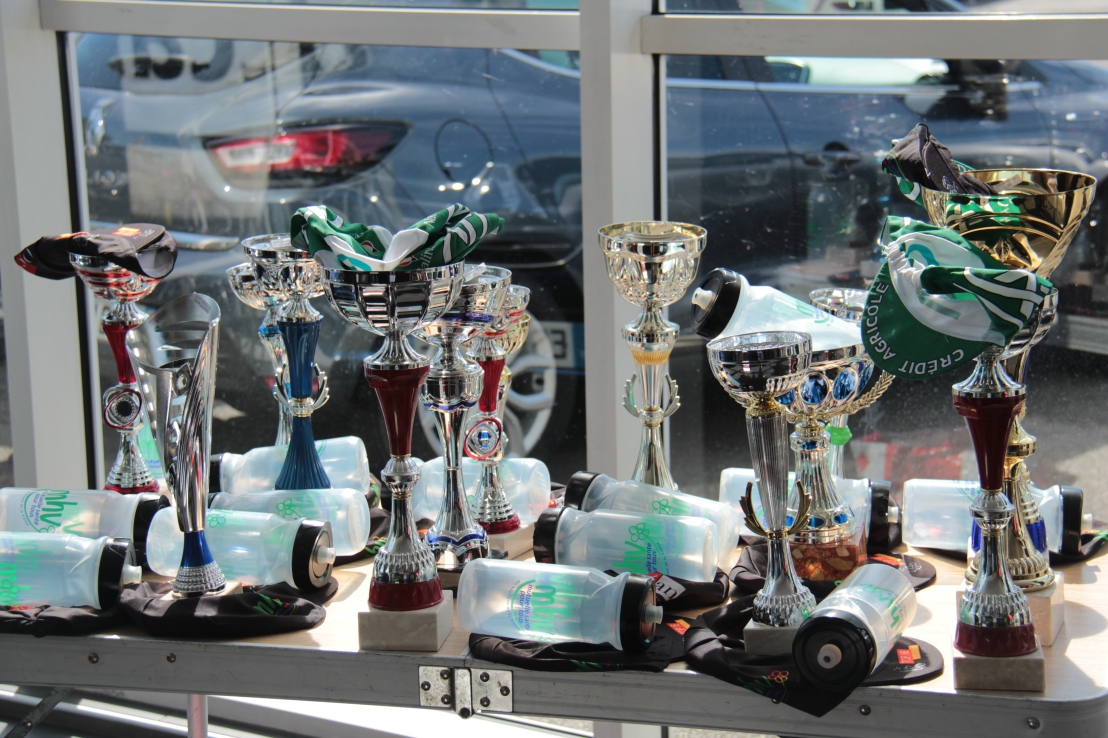 I got everything in the oven – chicken, potatoes and carrots – and when I checked the progress about ½ hour later was surprised by the amount of smoke that billowed out – I’m amazed it didn’t set off the fire alarm.  I normally don’t cook using centigrade temperatures and was a bit off on my estimation of the heat I was using. The potatoes were slightly cremated as they were on the top rack, but looked edible, and the chicken and carrots were ok.

Monday morning we got out for a nice ride and on the way back Colin as usual got a bit ahead of me.  I passed him on a long straight stretch as he’d stopped to answer his phone so I continued on. Just as I approached Goue I saw a large dog sitting on the sidewalk up ahead – it was looking at me.  I stopped riding and turned around – the dog came forward as if it was going to come after me. I headed back to where Colin was and he had just finished his phone call and started riding again. I told him about the dog and as we got near we saw a local fellow that indicated that the dog lived down a side lane towards the river – it was actually quite shy and we passed by with no problem.

A little further on, just before the bridge into Mansle I saw Colin stop to help a little dog cross the road – it was crossing right in front of traffic so he set his bike down and picked up the little guy to get him safely to the other side.

Looking down to the right of where we’d stopped were several cows in a field, with one by herself off in the bushes near the road.  They all looked like they were enjoying their eating, but the one in the bushes seemed especially happy.

It was almost noon so I rode ahead to the bar before it closed and Colin walked his bike while carrying the dog.

We asked at the bar if anyone recognized the little guy, but no one did.  He had a collar but no tag, and was extremely skinny. We drank our coffees rather quickly as they were about to close, then I rode back to the house while Colin again walked with the dog.  I ditched my bike at the house and grabbed Mo’s leash then ran back down the road to where Colin had stopped with the little one. He told me he’d named the dog Willie, and then he rode home while I took the dog on the leash.

Back at the house we tried to feed the little guy but he didn’t like Mo’s canned food – we finally got him to eat some of the little dried sausages that Colin gets for Mo.  We also noticed that his balls were very swollen and looked infected. He had an ear tattoo, but it was unreadable.

After a bite to eat we tried taking Willie to the local vet, Jack, but the office was closed for vacation until tomorrow.  We then went to the campground bar and the owner, Cassandra, said that someone else had found the little guy four days ago but must have lost him again.

We ended up chatting for a bit with a couple of older British men – Max and Robin.  Back at home a bit later I made a really nice chicken soup – both of the dogs really liked the chicken I hand-fed them as I peeled it off the bones.  Colin went to the store and got a bag of dried dog food but Willie didn’t care for it. He did, however, really like the weiners that Colin cooked for him.

Willie gradually started to relax a bit, and even jumped on the couch and settled into the dog bed for a bit.  At bedtime he was perfectly happy to go downstairs with Colin and Mo for the night.