Left a little later for a ride – weather was perfect, nice and sunny but not too hot. Made it up the long hill just out of Monpaple, then on to Mouton. As we rode along to the back of the church we encountered two wooly little jack russells barking up a storm at us. One of them ran ahead and around the corner onto the main road and we followed it. Colin thought he knew where they were from – the english guy with the old land rover – and he was right.

As we pulled up to the gate 3 more barking jackies came running out, followed by the owner. The first one was still on the road barking at us and a car was coming so I signaled to the driver to slow down and he did. The dogs’ owner was very nice – he told us which one was the mommy and said that she’d gotten out one day and ‘had an affair with a dog down the road that was chained up’ and ended up with a litter of puppies for her efforts. He does keep his gate shut but he’s right on the river so the doggies go for a swim and exit the river on the other side of his fence. Meanwhile the other little one came barking up the road behind us and was let in the gate.

Back in Mansle we stopped at the bar and saw Amanda once again – she was on her way into the ‘Hotel de Ville’ to do some paperwork of some kind, then Alain came along and joined us. I love that I now kind of know a few folks and seeing them around town (mostly the bar, I will admit) now and then is really nice.

We only had one drink then got ready to leave. Just then Amanda came out of the Hotel de Ville, but she was on her way home too so we said goodbye to her and Alain and left. We may or may not see either of them again before we leave town. We had already put our helmets back on and collected our bikes when we saw Florence returning from a ride with the ladie’s group so she came over to say hi.

I looked up and saw a small cat on the sill of a window on the second floor of the building two doors down from the bar. The cat want out the window and proceeded to make his way along a very narrow ledge towards the other window.

However the shutters of the other window weren’t open all the way so the kitty couldn’t get in – he also couldn’t turn around as the ledge he was on was far too narrow. I was getting quite concerned that he was going to fall, but Colin and Florence told me to calm down – he’d be ok. Ok course he was – he backed up as far as a small lamp post that he made use of to do a tight u-turn and walked back to the first window and jumped inside.

After lunch we got to work cleaning the house up. Well – I cleaned the bathroom and Colin did pretty much everything else. He has a lot of photography equipment and it was all over the kitchen table. He also tried to fix the curtain rod holder over the french doors (more on that later).

I washed the ‘good dishes’ that we’re using this evening – Edith and Sylvain are coming over for an aperitif after they close the bar for the day. We put together a simple but nice little spread of appies and they arrived just before 9:00 bearing gifts for all, including Mo.

In addition to a nice bottle of wine, they presented Colin with a french book on cycling while I got a lovely french book on photography – specifically about the history of photojournalism. 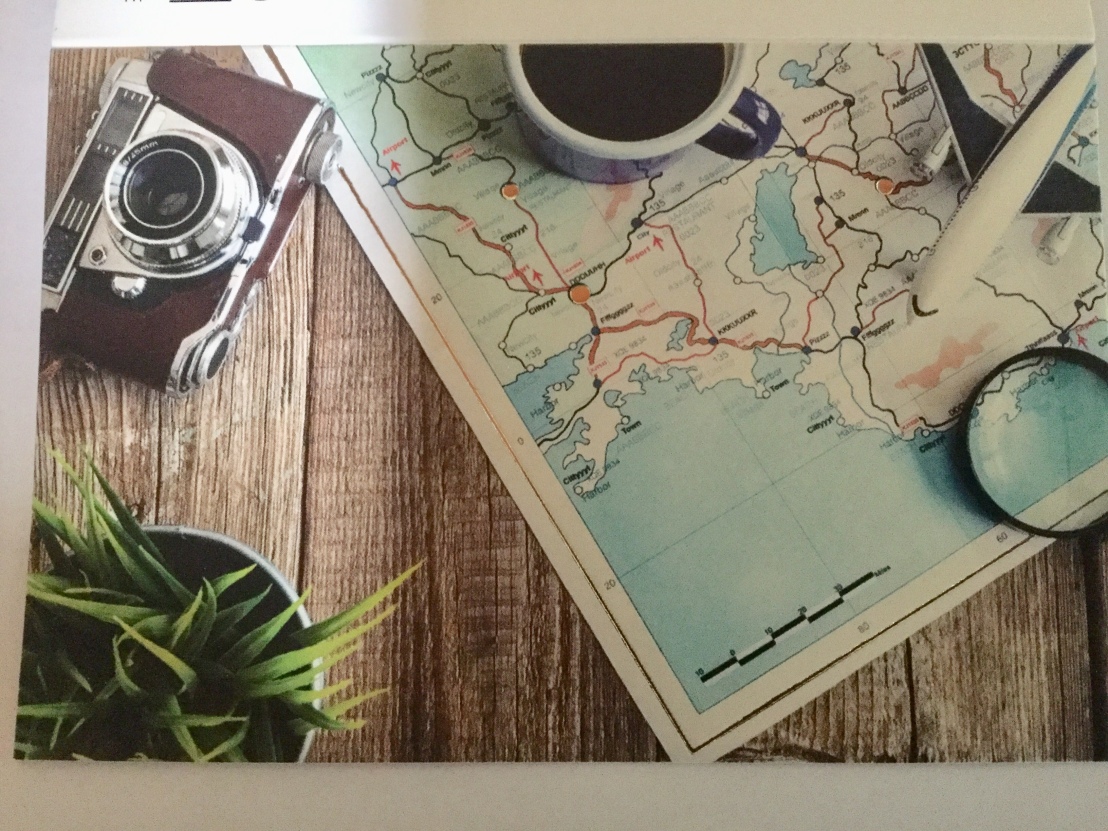 Even the little card showed they had put a lot of thought into me – it had a cup of coffee, camera, map and airplane on it – just perfect. Mo got a whole bag of the treats she loves so much that they give her at the bar – one of many reasons she loves going there.

The evening was really nice – we thought they might stay half and hour or so but we ended up visiting for 2 hours. They’re really extremely nice folks, and I’m so glad to get to know them a bit. One rather exciting part of the evening was when the curtain rod (that Colin had ‘fixed’ earlier) suddenly came crashing down right behind Edith and Sylvain – we’re lucky they didn’t get bonked on their heads, but we all were able to laugh about it.