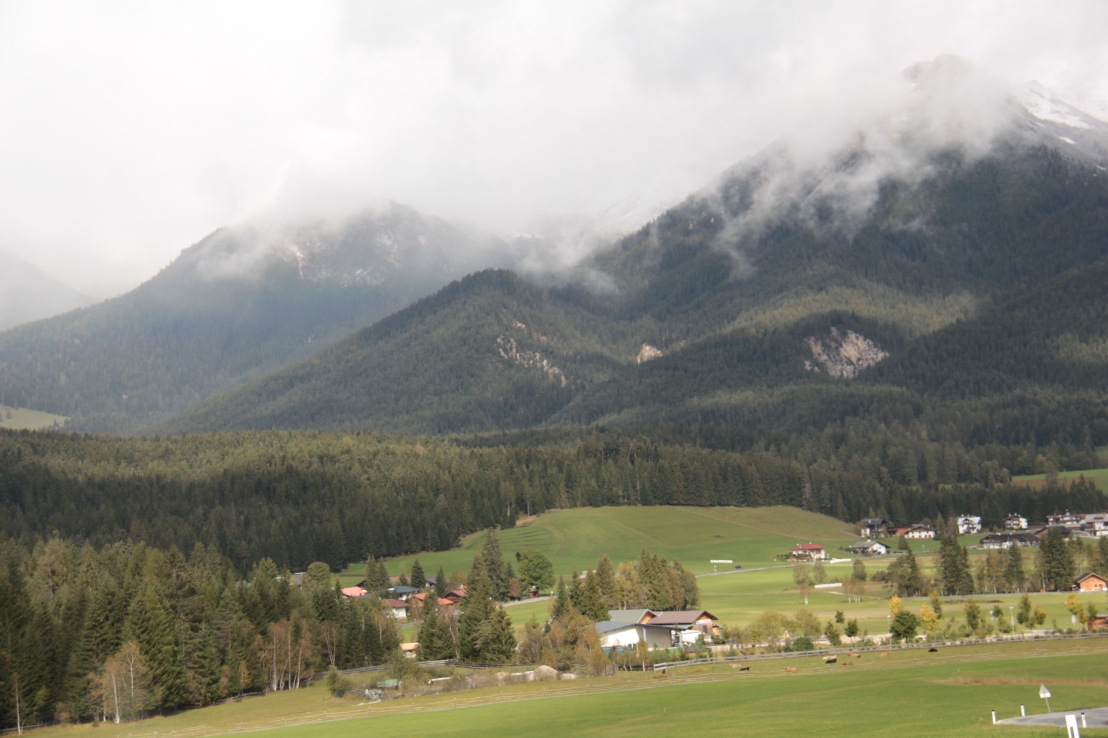 Had a nice easy morning – it was quite chilly outside so I actually put on my merino woolly for the first time this year. Went down into Telfs to get some groceries, then came back and had lunch. 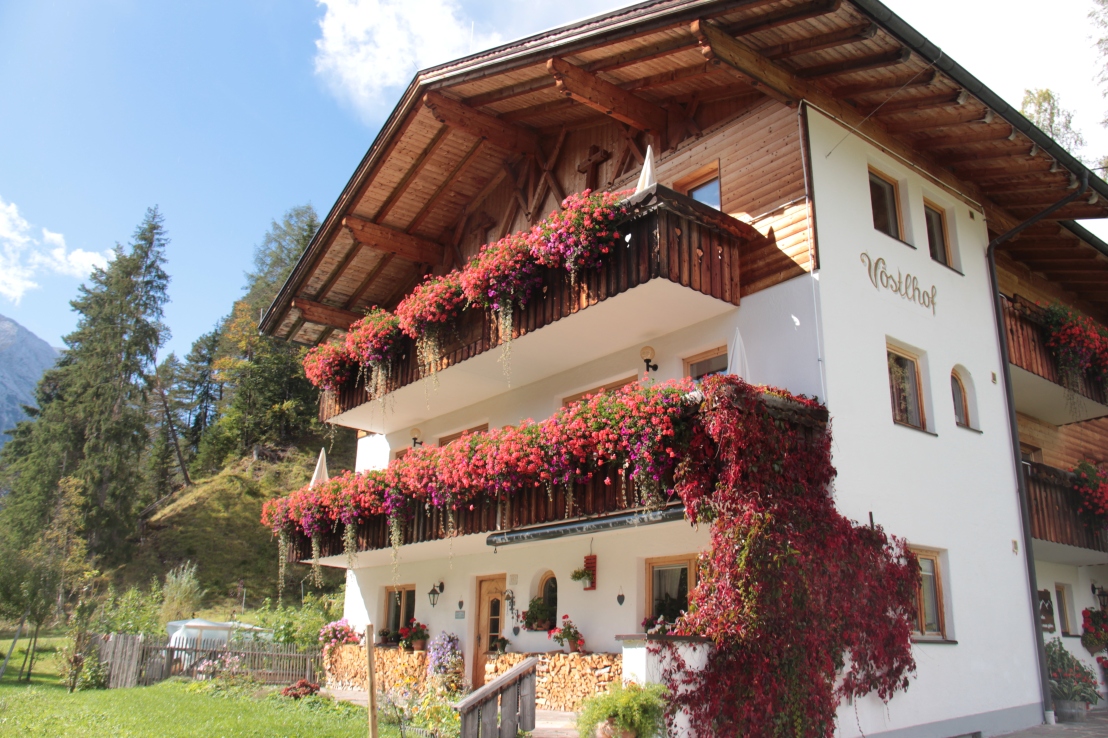 Got going to Innsbruck around 2:00 to meet Colin’s good friend Ann and her friend Ernie, who are on their way back from Corfu to England and happen to be passing through Innsbruck just when we’re here. 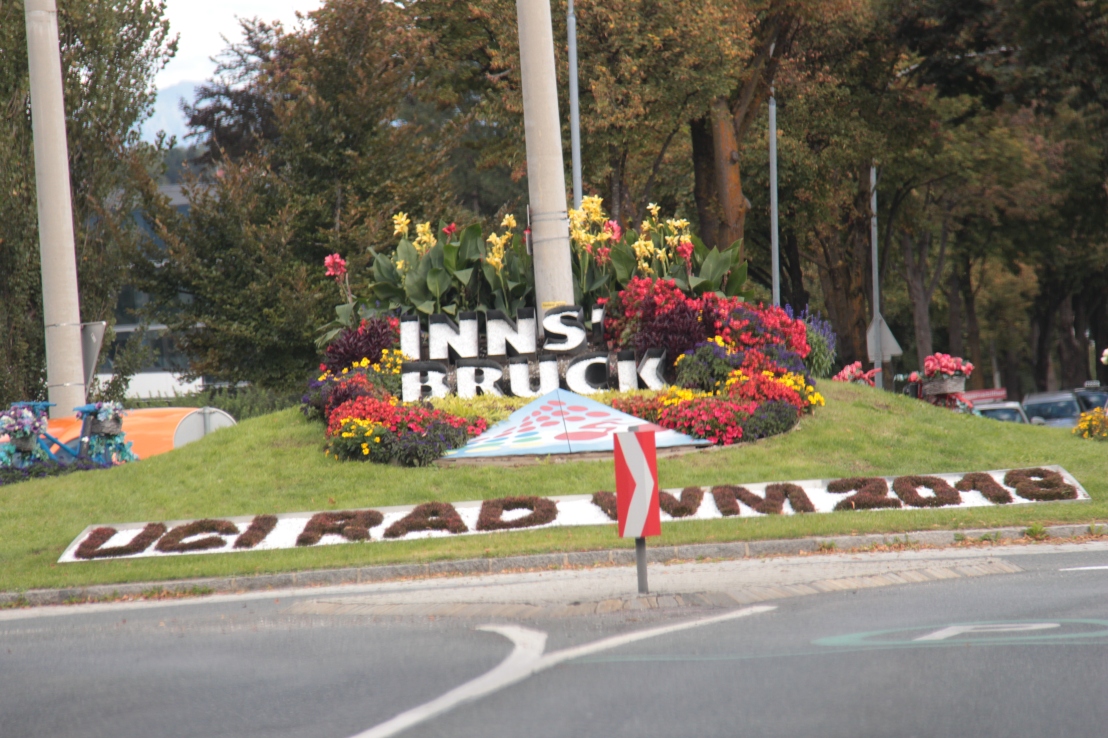 We managed to find a parking space on the street across the river, even though we couldn’t get quite where we wanted due to road closures for the races – all of the races for the whole 9 days end in the city centre so many of the roads are closed. 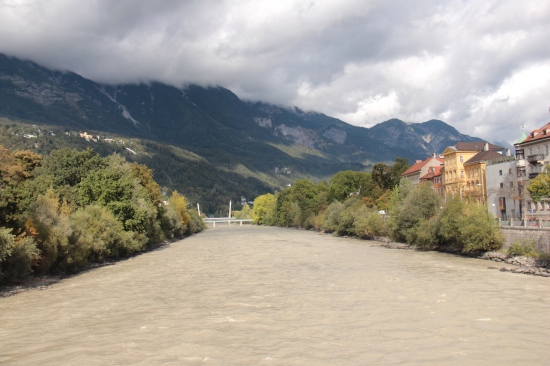 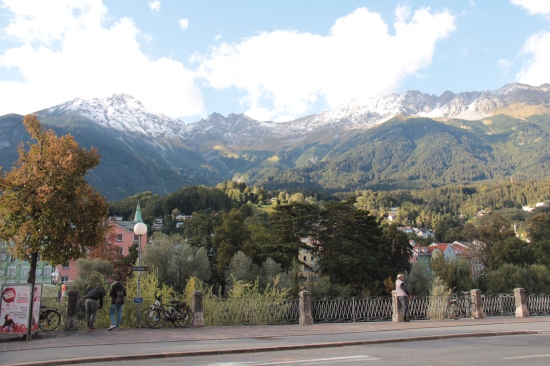 We walked around just a little, and I must say I quite like Innsbruck – there are buildings in all colours of the rainbow in places, and others have elaborate murals and scrollwork on them. 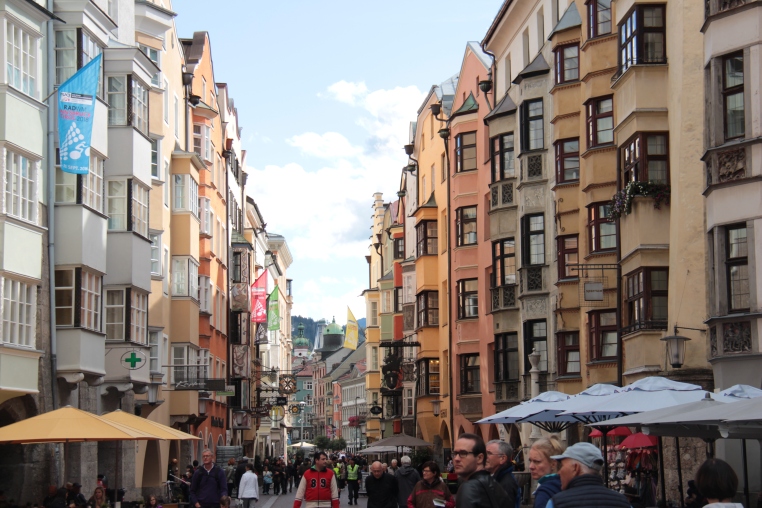 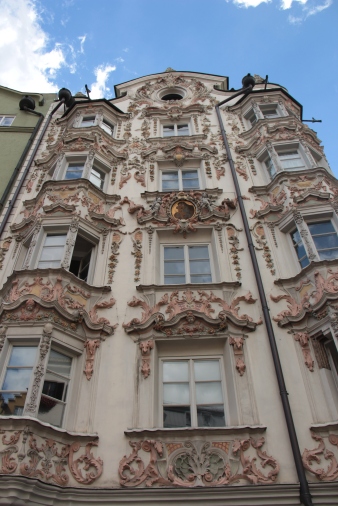 Colin phoned Ann to see where they were – he told her we were in front on the building with the gold roof, and she said to stay there – she knew exactly where we were and would come and get us. 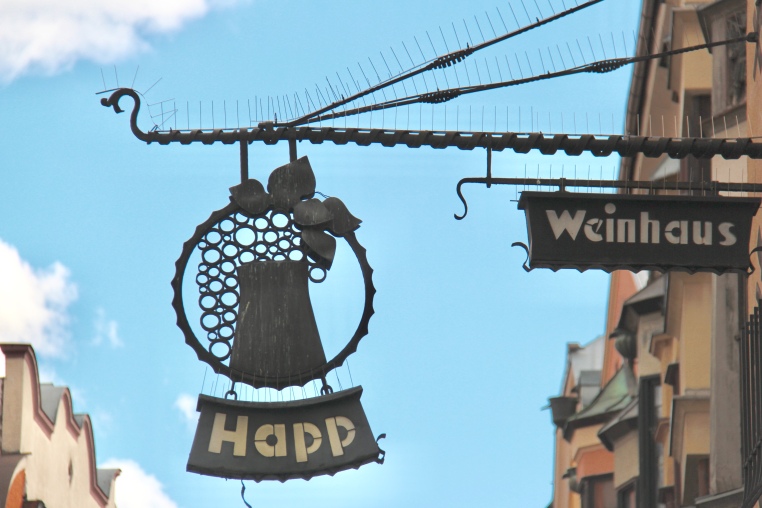 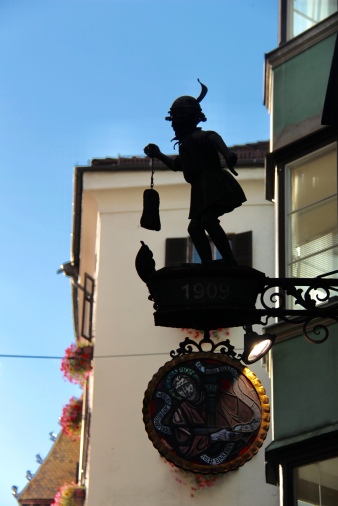 Only a few minutes later there she was. She led us to where Ernie was waiting and we had a drink, then Colin had to go back to the car to retrieve Mo’s jacket as she was shivering. It turns out it was very fortuitous that Colin went back when he did – when he arrived there was a policeman just getting ready to write up a parking ticket, but was very nice and told him that he had 10 minutes to move the car.

We got the jacket on Mo and Colin went back again to the car to move it to a parkade. While he was gone Ann, Ernie, Mo and I sat down at a nearby cafe and had a drink, taking advantage of the cozy fleece blankets that were thoughtfully provided on some of the chairs. I wrapped Mo in one and tried to alleviate her shivering. 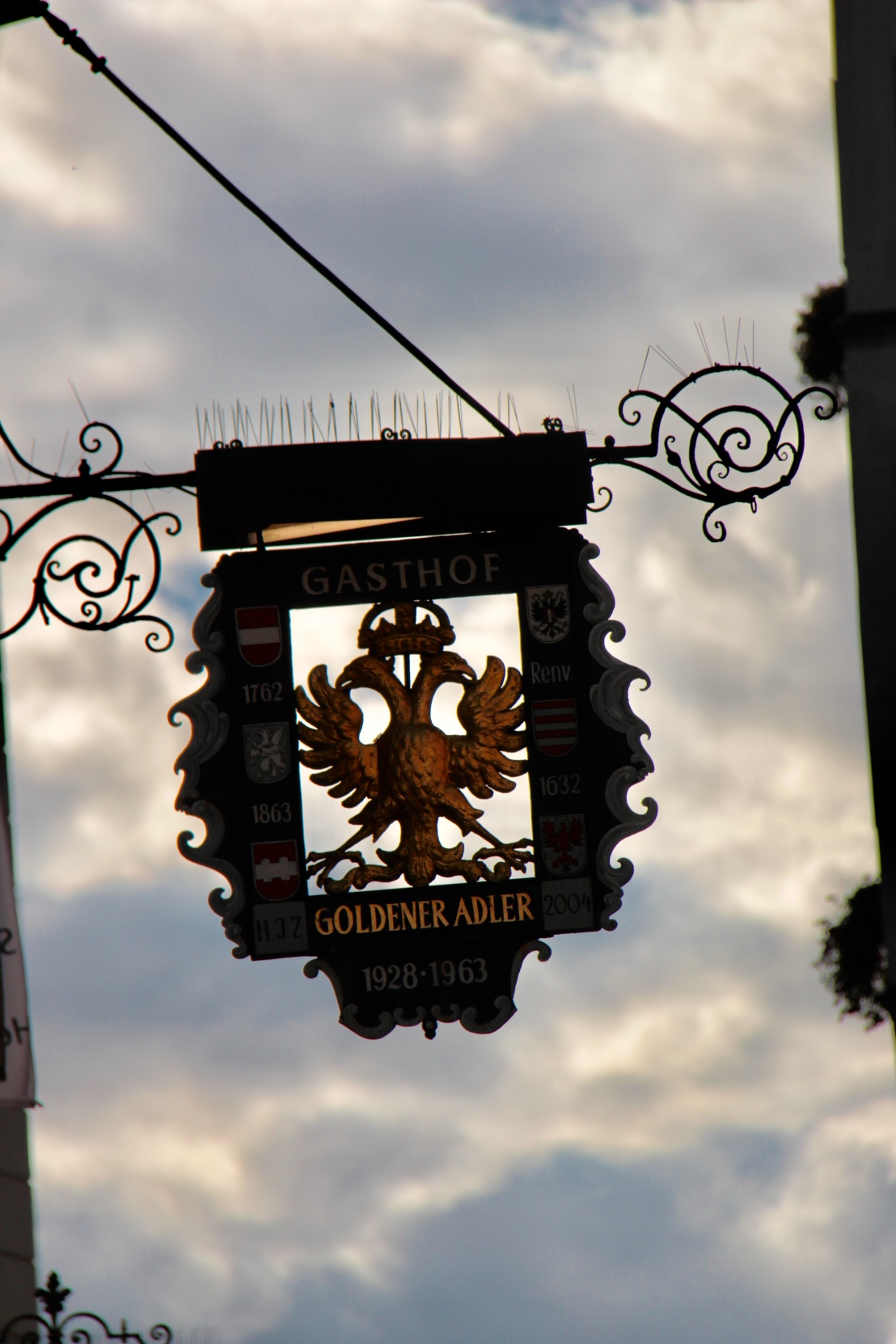 Once Colin returned we moved on to an Irish pub for another drink (or two) – they had really nice cider there. On the way we had to pass through a security check point since we were very close to the race finish point – they asked me to show them my pack so I just turned around and he opened the main zipper and told me to go ahead. 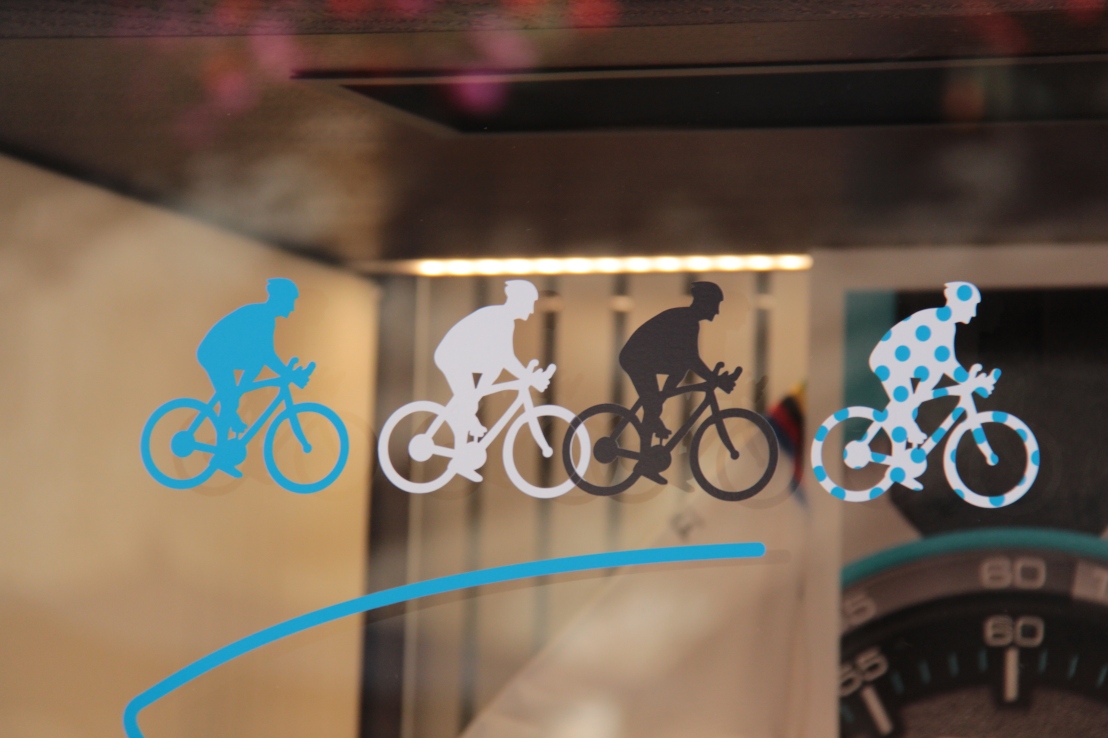 After that we went for dinner at a place that Ann was familiar with – it was a nice walk. I got the roast pork with dumplings and coleslaw – it was very tender and tasty, although I could only eat about half of it and got the rest to take home for breakfast. Ann’s dog Maggie and Mo both got to come right into the restaurant and were very well behaved. 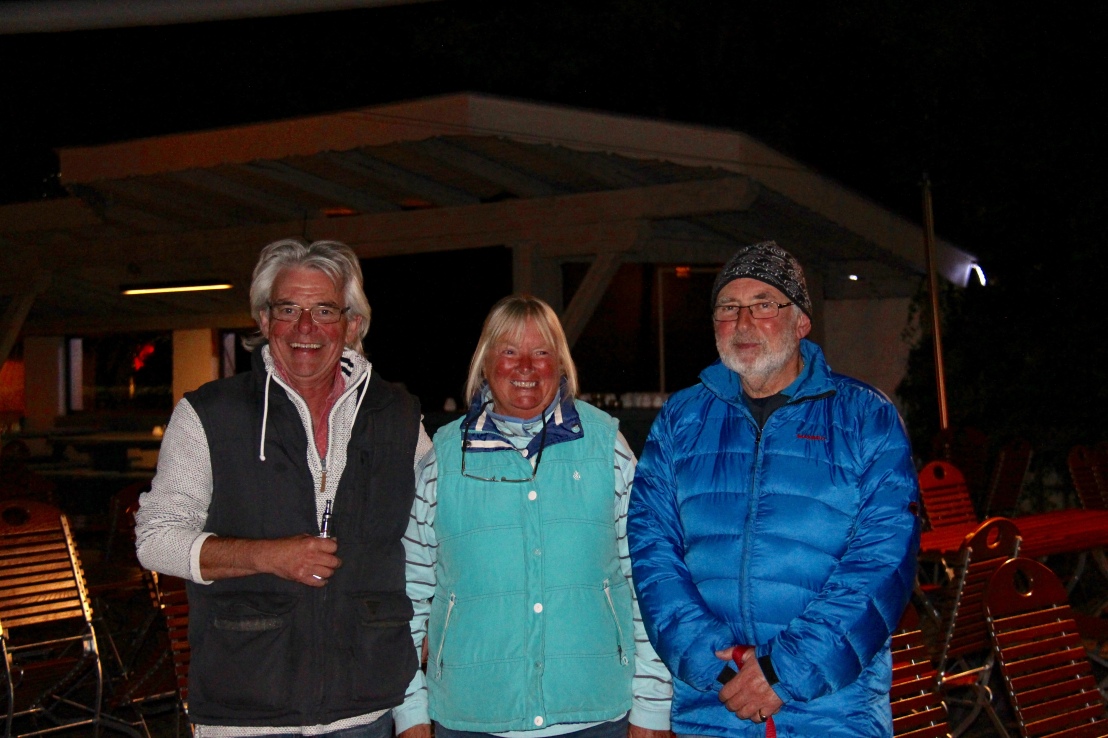 We said goodbye to Ann and Ernie – they’re leaving in the morning for France, then onto England. Colin and I found our way back to the carpark then made the drive home to the apartment.