A fierce storm during the night came and went – first light rain, then distant thunder (which Mo ignored), then harder and harder rain and thunder so loud it sounded like we were in the very middle of it – Mo did not ignore that!

By morning it had all passed and the day on the side of the mountain dawned bright and clear. We were joined by a small white van, and discovered a car behind it as well. There were several adults and some kids and they were joined by more of each. Our quiet little corner was not so quiet anymore. 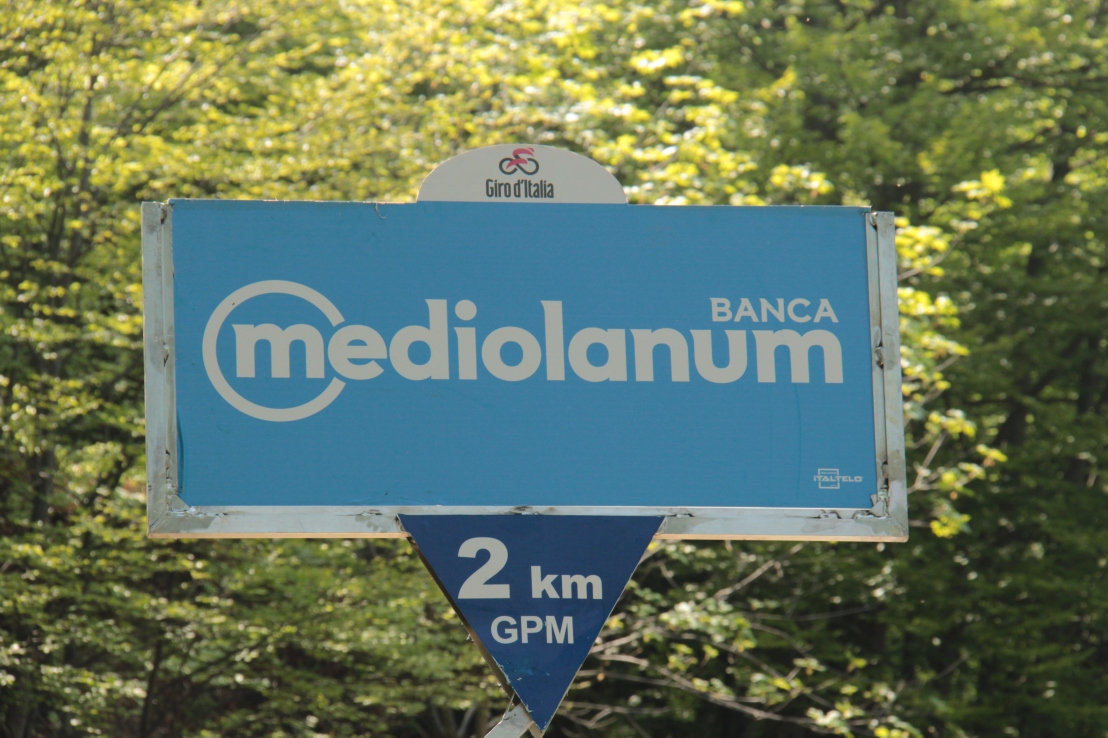 Some official fellows in a van stopped just up around the corner from us – they put up ‘2 km to the top’ signs, so we knew exactly where we were in relation to the rest of the climb.

As the morning progressed the usual amateur riders started coming up – first by ones and twos, then whole groups. We noticed more and more electric bikes, especially with the organized tour groups, but at least they’re out riding and not sitting at home eating peanuts and potato chips.

At one point I saw a young rider standing bent over his bike on the side of the road below us. He was there for several minutes, then slowly pushed his bike towards us. As he got near I asked if he was ok – did he need water – aqua? He said yes please! I ran into the campervan and brought out our partially full 2 litre bottle – he filled his bidon and gulped the whole thing down. I went back inside and grabbed another bottle and he filled his up again, all the while saying thank you – thank you so much.

No cavalcade came through – we figured it was far too steep for them, and they don’t throw out many goodies anyway. 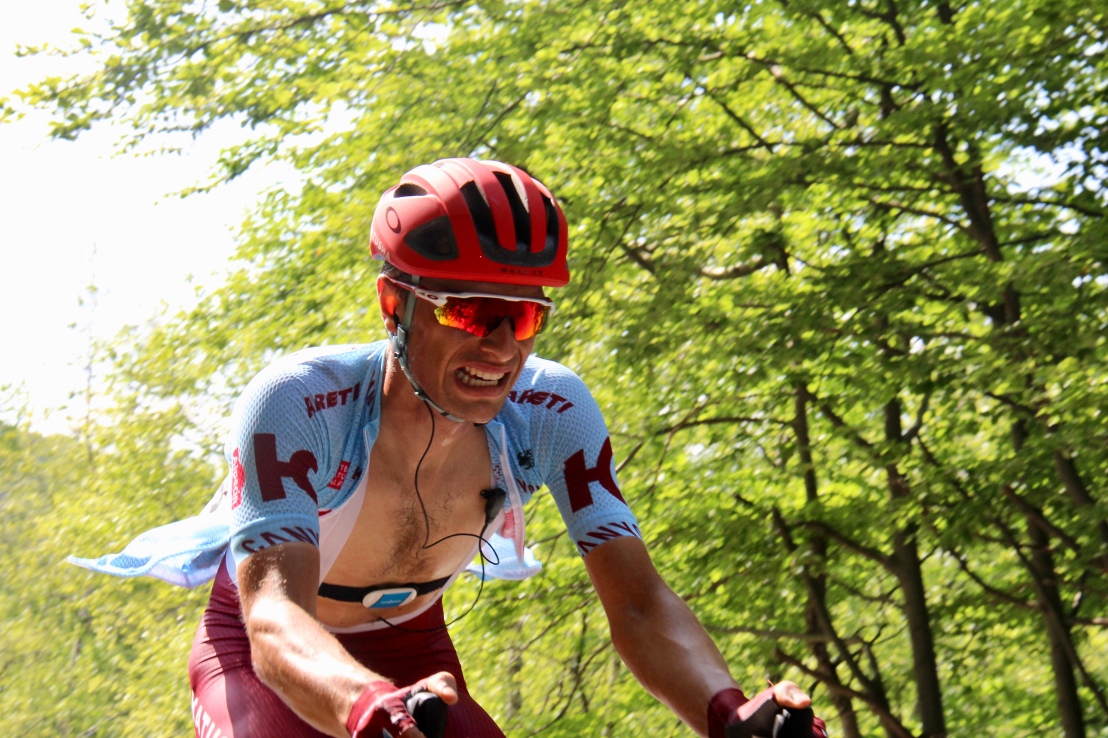 The first racers arrived at 4:18 and they were spaced out every couple of minutes after that – the main contenders were mostly in one group almost 12 minutes behind. 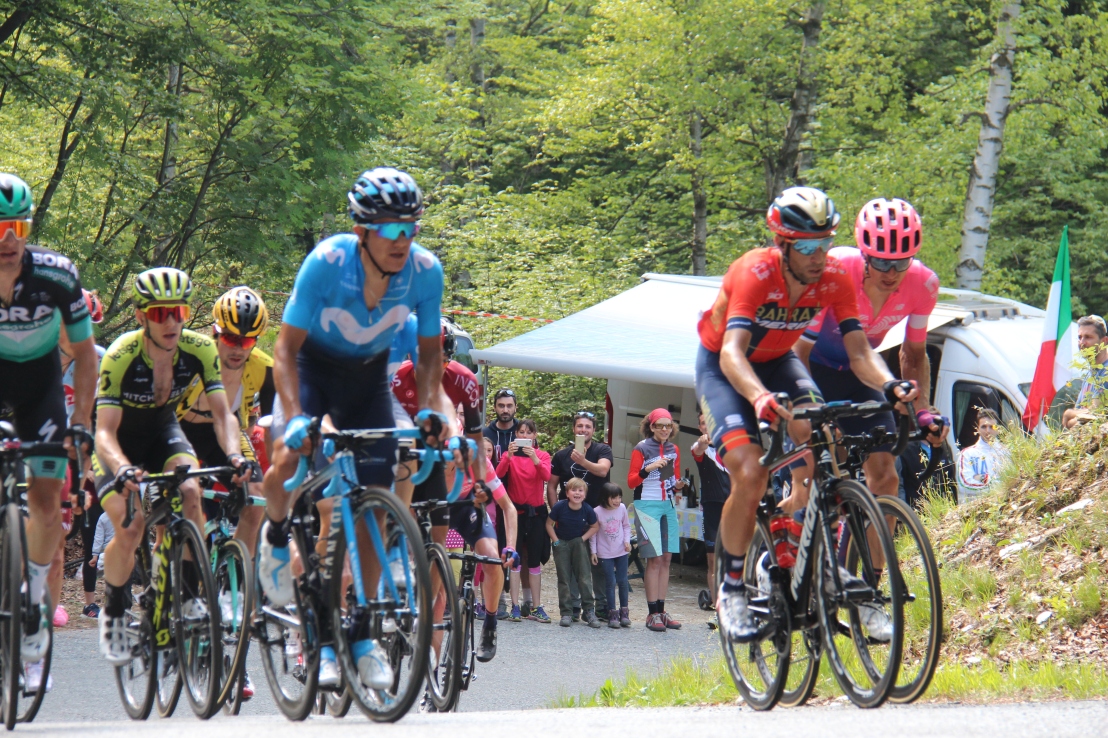 I got some pretty decent photos, but what I noticed is that it’s difficult to tell by looking at them just how steep the road really is. 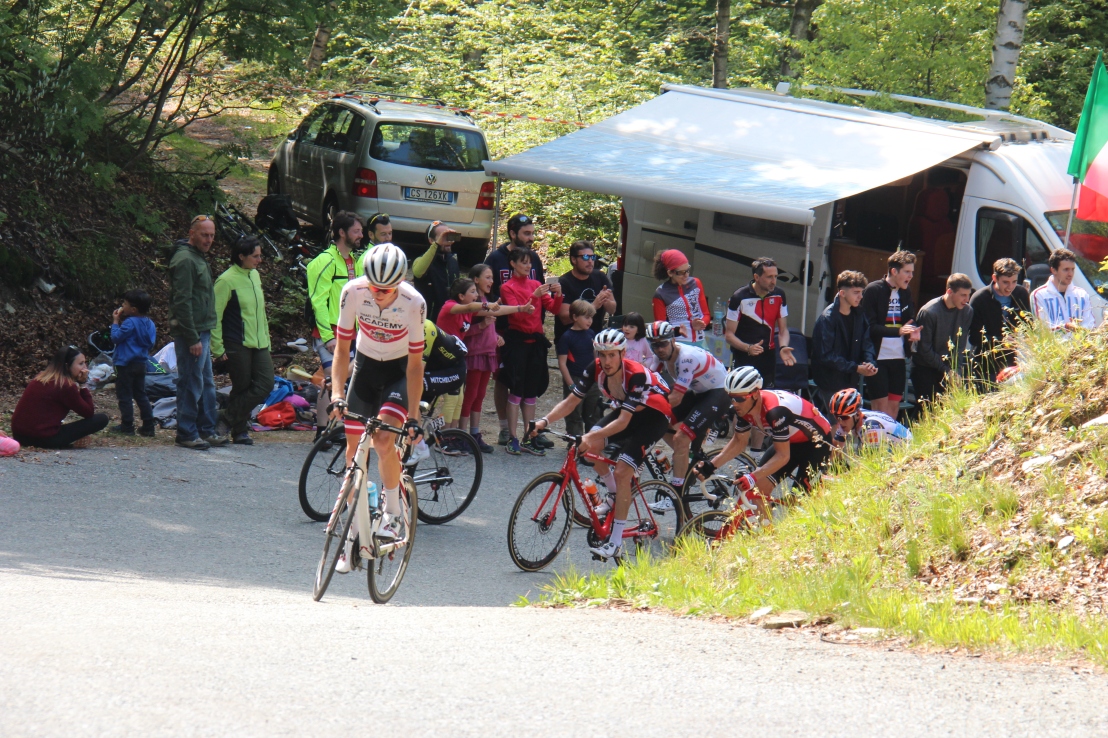 It took quite a while for all of the racers to pass – I got irritated with some of the amateur cyclists that were coming down the hill before the last racer had even gone by. I yelled at them that the race was still on and they actually stopped until the last ambulance had passed. What jerks – they come all the way to see the race, likely waiting for at least a couple of hours, then can’t even show the decency and respect to watch the whole thing.

We weren’t able to see the end on tv as reception wasn’t great, so we took down the flags, said goodbye to the neighbours and headed back down to Bibiana, then on to Cavour. 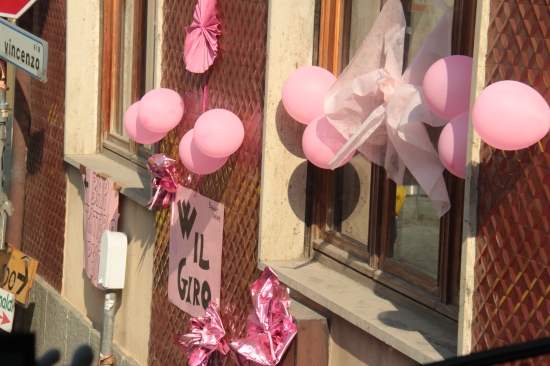 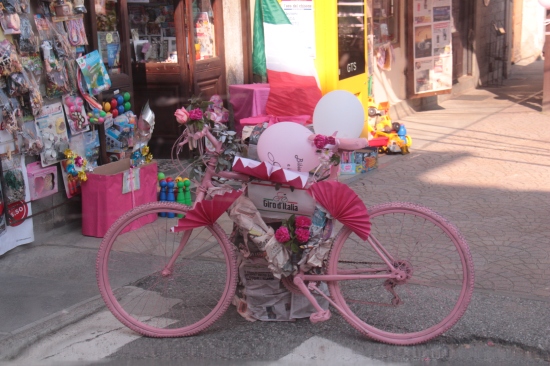 We made a quick stop at the wine store, walked around and saw that the painted cow was still there, then made our way – the ‘scenic route’ as it turned out – up to our near our next watching spot. 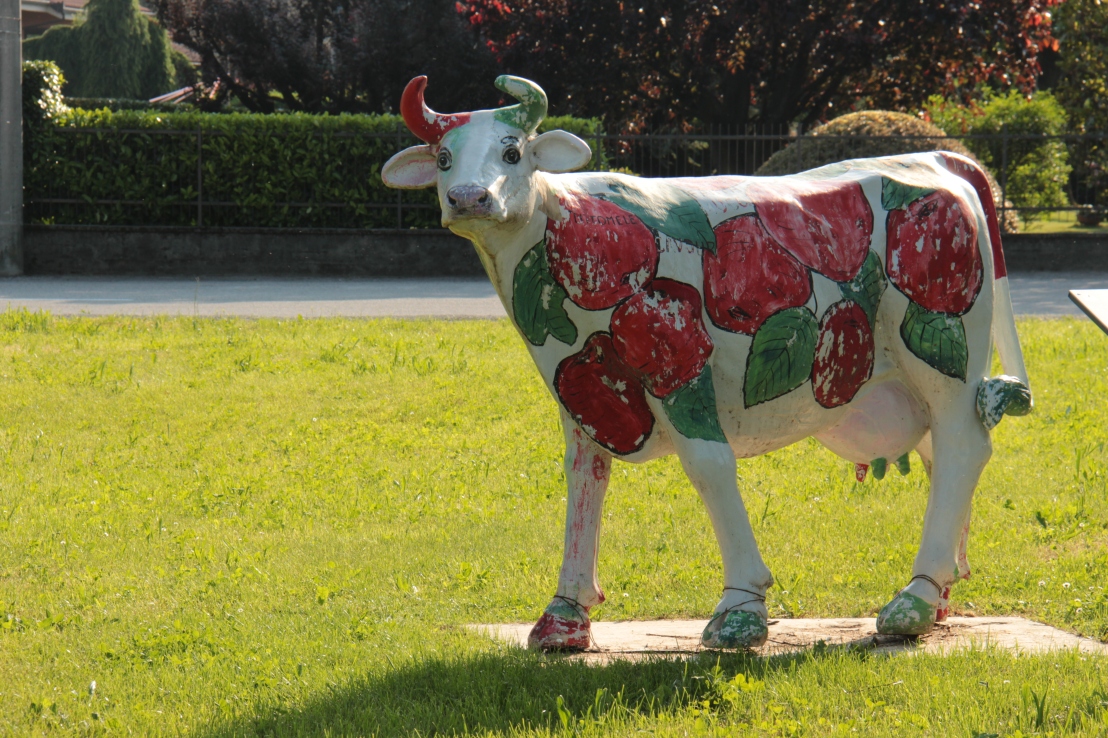 We got past Torino and continued north to Pont Canavese where we stopped at another place with electricity and water dump but no other facilities. We had a fairly early night as plan to get up very early to head up the mountain in the morning.

I was just nodding off – with Mo tucked beside me – when we heard a loud bang, followed by another. Mo started barking fiercely, and continued to bark and growl every few seconds – the town was having a fireworks show, likely in honour of the Giro. It went on for 15 or 20 minutes, with Mo echoing the bangs, then finally peace and quiet.