We started out quite early and it was a good thing – we found the route no problem as it’s right across the river from where we stayed. We wanted to be near the top of the Pian del Lupo, which is the second-to-last climb of the day so just followed the route markers back up.

We missed a turn at the town of Frassinetto and went straight for a couple of km – we both noticed that the road was in really bad shape and there were no more pink decorations anywhere, so it wasn’t hard to figure out that we were no longer on the route.

We back-tracked to Frassinetto, and after a couple more mis-directions from Miss Waze got on the right road. It was extremely narrow and winding – if we had met another campervan it would have been impossible to pass each other and we’d probably still be there in the middle of nowhere.

Approaching the summit of the mountain we were hailed by an ‘official’ car that flagged us down to tell us there was no more room at the top – we told him we’d turn around, but after he drove off we just kept going onwards and upwards.

He was right about the summit, however, and there was no room for more vehicles – lots of tents setup and vehicles parked but no extra space that wasn’t blocked off by tape. We got stuck behind a guy in a small car that was blocking the road – all we wanted to do was pass and go down the other side. I think he was asleep, and another fellow eventually responded to the honks and woke him up to move – they had to re-arrange another truck to let him in, then down we went.

It was a bit tricky at first – again if we’d met anyone coming up…but we were ok. We passed a couple of wider spaces that were already occupied but after less then 1 km or so came to a nice area that had space on both sides – if you were careful and had enough under-clearance.

We got ourselves settled and had our breakfast, which we hadn’t taken time to eat before leaving Pont Canavese. 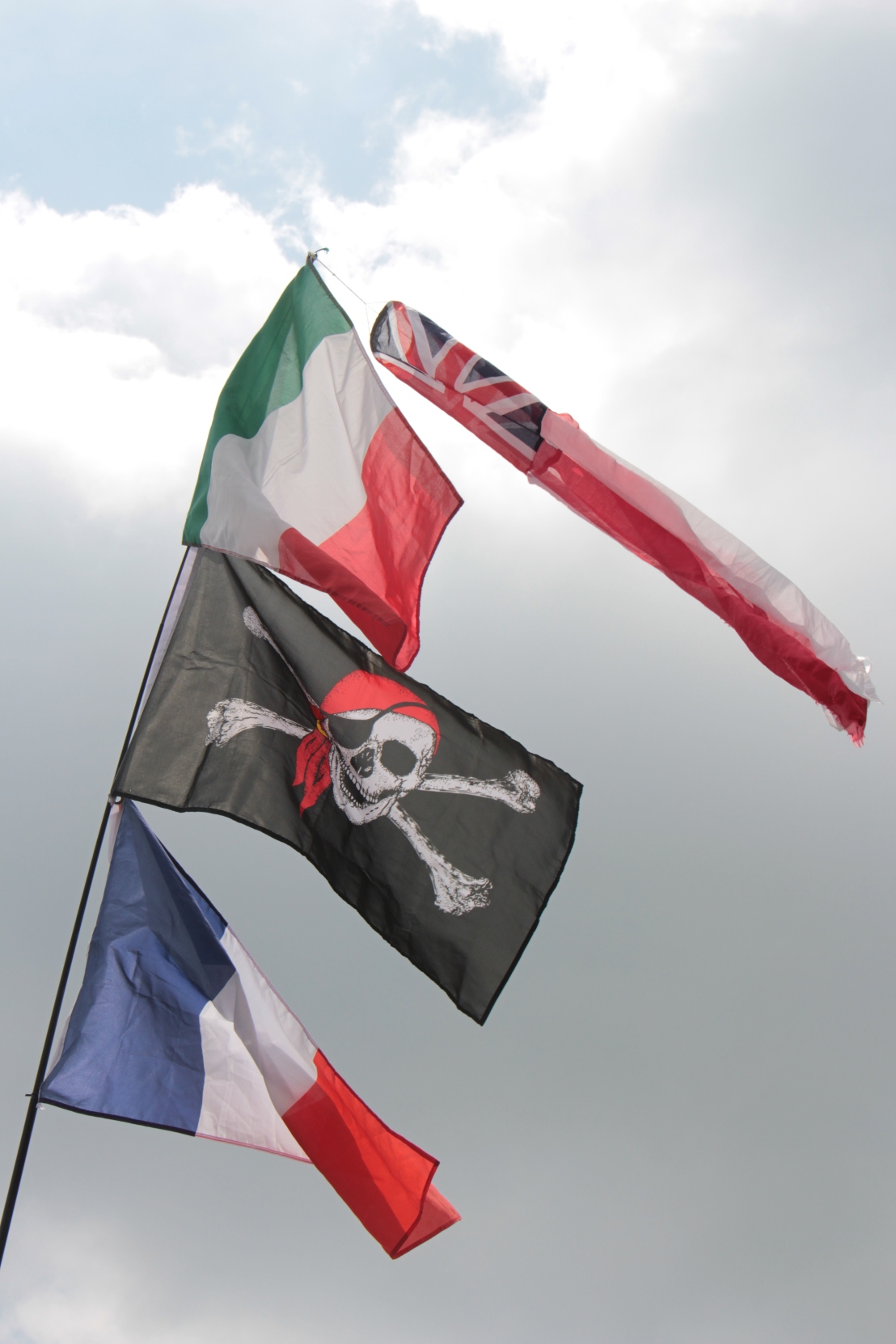 We got the flags setup, then sat outside and watched the usual proceedings – cyclists coming up the hill, people walking up and down getting in their way, cars trying to get by – who needs tv? 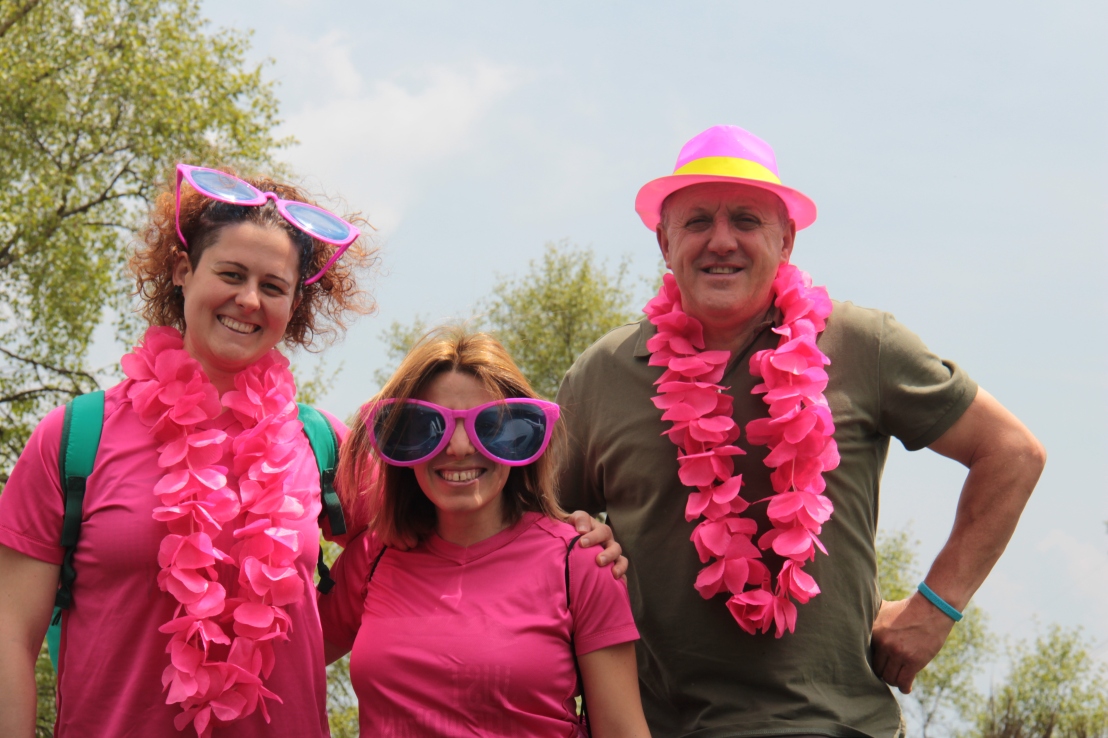 I shouted out numerous times for walkers to watch out for the cyclists, then gave up – if a couple of them got run over maybe the others would learn. Of course I don’t really mean that, but…

I was actually surprised by how many people did walk up the mountain – it’s a fair hike from the next town down. We had about a six hour wait from when we arrived to when the racers did, and the waiting fans kept themselves busy in various ways. 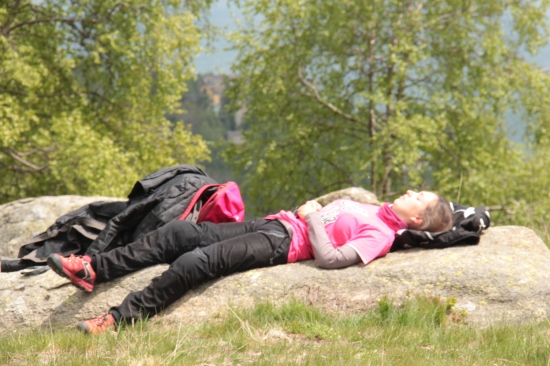 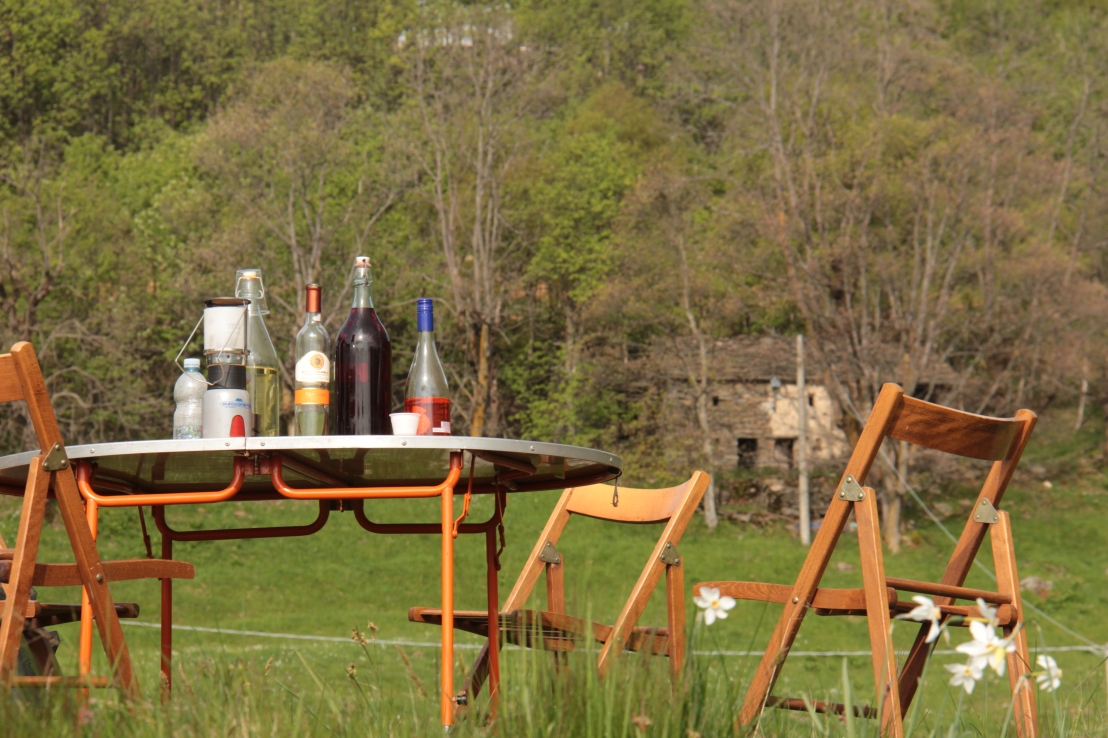 One group of fans were all dressed head to toe in pink outfits, they called themselves the ‘lupi di rosa’ or ‘the wolves in pink’ but I thought they looked more like pink panthers. They were the ones with all of the wine bottles on the table at 9:30 in the morning.

There was a very cute little dog that kept walking up and down and across the road – we were very concerned that it was going to get run over, but it seemed to know where it was going and did manage to keep out of the way of the cyclists and cars. I wanted to take it with us, but you can’t adopt every stray you see.

The breakaway arrived at about 3:20 – a decent size of 17 riders.
Another group, including Nibali, passed just a minute or so later, then every minute or two another group. 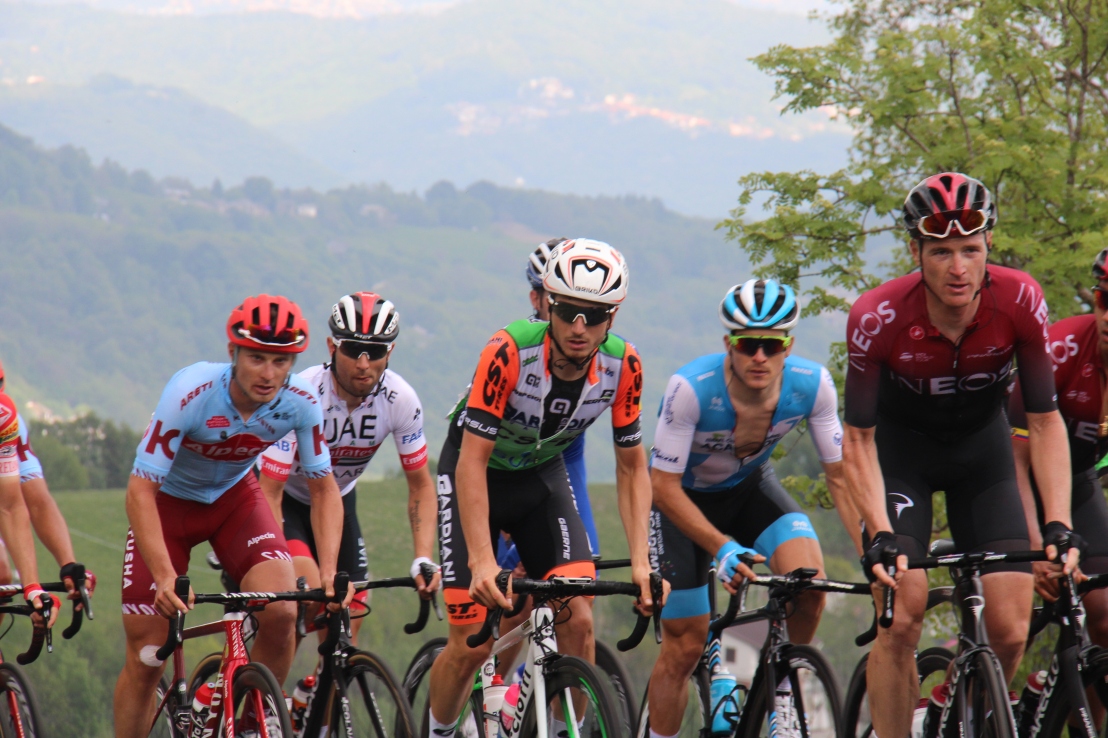 By 3:45 the mass exodus down the hill had started as soon as the last racer passed.

There was a huge traffic jam caused by a jerk campervan that was trying to go up the hill while everyone else and their dog – literally – were going down. He eventually had to back up a couple hundred metres and pull off the road to wait. He still tried to leave when he should have just waited another few minutes – what a dickhead. Some fans, however, were still having fun.

We took down the flags and waited long enough for the road to clear a bit, then headed down and on to a campground in the town of Dormoletto at the south end of Lago Maggiore for the night. Another wonderful race day at the Giro!

One thought on “Pian del Lupo”