We packed up fairly leisurely – all of the tent stuff had to be hung to dry as it’d rained during the night. As we were filling up with water, etc, I walked over to say thank you to the owner. As I told him how much I’d loved staying at his campground and how beautiful the area is he told me ‘I have no words’ and looked like he might cry. It’s certainly one of the places we would come back to in a minute if we are ever nearby again.

Just before we were ready to leave Colin pointed up and said ‘look – vultures’, and there were dozens of them, all moving in the same direction and then circling above a nearby field.

We drove north through San Emiliano and followed the very scenic secondary road towards the coast. Right near where the road peaks we entered Asturia and it was literally all downhill from there. A good part of it has a lovely looking walking and biking trail – perhaps an old rail line – and it looked to be well used. Another place we’d like to come back to when we have time to stop and go for a nice long ride. 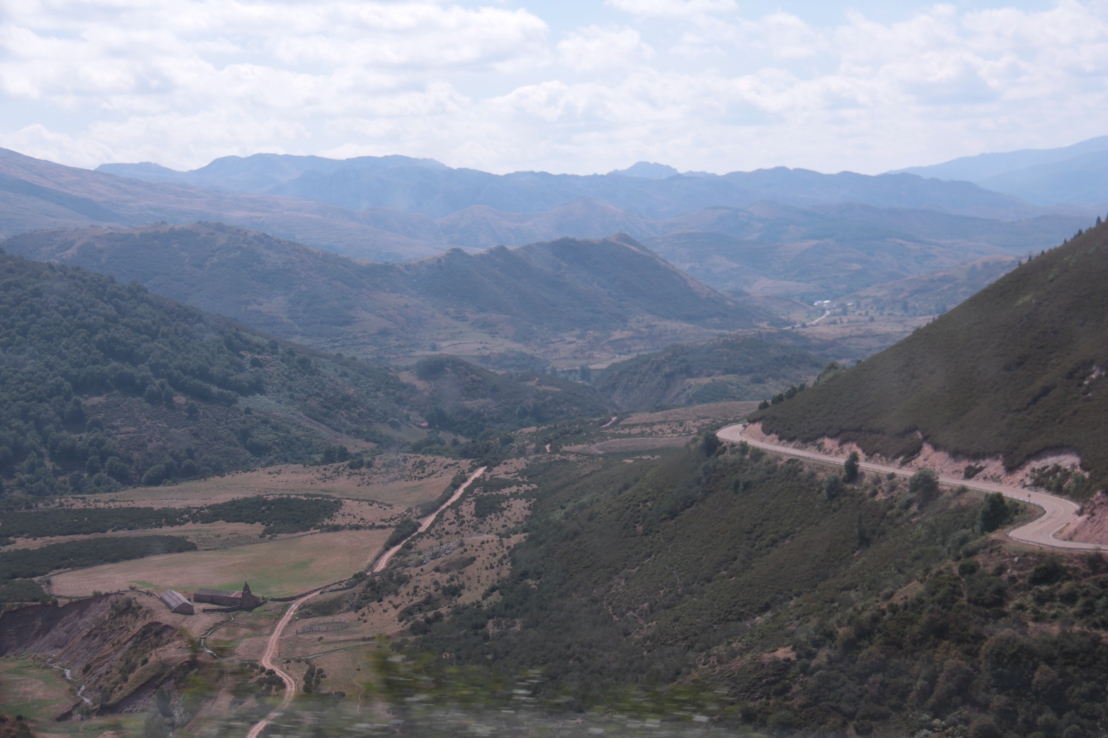 As we approached the north coast we turned west, heading for one of the many campgrounds. After being disappointed with the first three or four we finally found a fairly small one right on the ocean – it seemed lovely so we stopped searching and checked in.

There were quite a few kids running around and screaming, and just after 9:30 at night the loudspeaker started blasting for about twenty minutes – we’re not sure what it was about but it was very annoying.

It eventually got very quiet, though, until all I could hear was the ocean, and it was so warm I barely needed my sleeping bag so I did end up having a pretty good sleep. 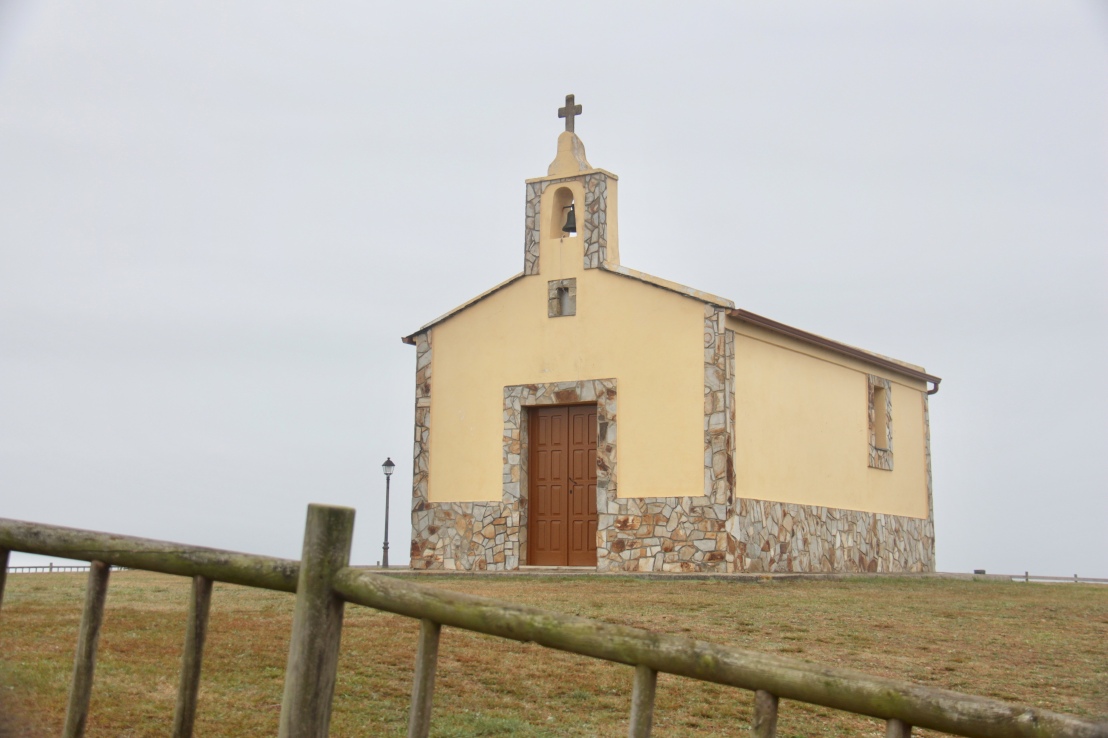 In the morning we took a nice long walk on a boardwalk at the edge of the beach, then continued up a small hill to where a little church was, with great views of the beach below and the coast beyond.

There were a few folks camping up there, some of them were surfers, and as we descended we saw a group with boards at the water’s edge getting instructions. The day was rather misty, and the sun never did really burn it off.

We continued back past the campground to the restaurant just up another small hill and had a coffee overlooking the ocean. A little later we went inside and they turned the Vuelta on for us.

After a really nice salmon dinner we were just settling in when the loudspeaker started blaring again – we couldn’t believe it. After several minutes we’d had enough so up we marched to the office and asked what the heck was going on. Apparently this is a nightly occurrence and would be over soon.

Back trying to relax again we realized that the loudspeaker had gotten the screaming kids going again and we just couldn’t stand it. Another march to the office with another unsatisfactory conclusion – they wouldn’t let us speak with the manager or anything. And the kids screamed and ran around for another hour or so.

One thought on “North to the Atlantic”