We woke in time for a nice cup of tea in the campervan before Colin walked with Mo into the town to get fresh croissants for breakfast. We took the croissants into the house and had a lovely breakfast with Tony and Helen, complete with yogurt, homemade jams and homemade bread.

Shortly after breakfast we all got into our riding and gear and prepared to go for a ride. Just as we were getting on our bikes the rain started – very fine, more like a heavy mist than rain.

We ended up on the trail, that actually runs all the way from Caen in the north to Mont St Michele in the west, then down south to La Rochelle, all along an old rail bed. The trail is very nice to ride on – smooth and wide, unlike the bear trail in Spain. And as long as you watch out for the odd pile of horse shit it’s great.

Poor little Mo had a mishap along the way – she somehow got under the front cover of her chariot and ended up on the trail trying to run along behind the bike. She was still tethered in so couldn’t just stop running and it was a few minutes before Tony noticed and shouted at Colin to stop. Helen and I were quite a ways behind and hadn’t seen anything until we caught up and Mo was back in her chariot with her poor feet torn and bleeding a bit.

We kept riding on our way, generally slightly uphill, to the town of Neufbourg where we had lunch. We chose an outside table and it was a bit chilly but at least we were dry. We all got one of the daily specials – I had eggs mayonnaise as my starter, followed by a main course of roast pork with fries. It was tender and very delicious.

The rain had stopped and the ride back was mostly downhill. Mo didn’t seem too bothered by her torn feet, although she did walk very gingerly. I put some of my Nova Scotia Fisherman’s Rescue Balm on them and it didn’t bother her at all. 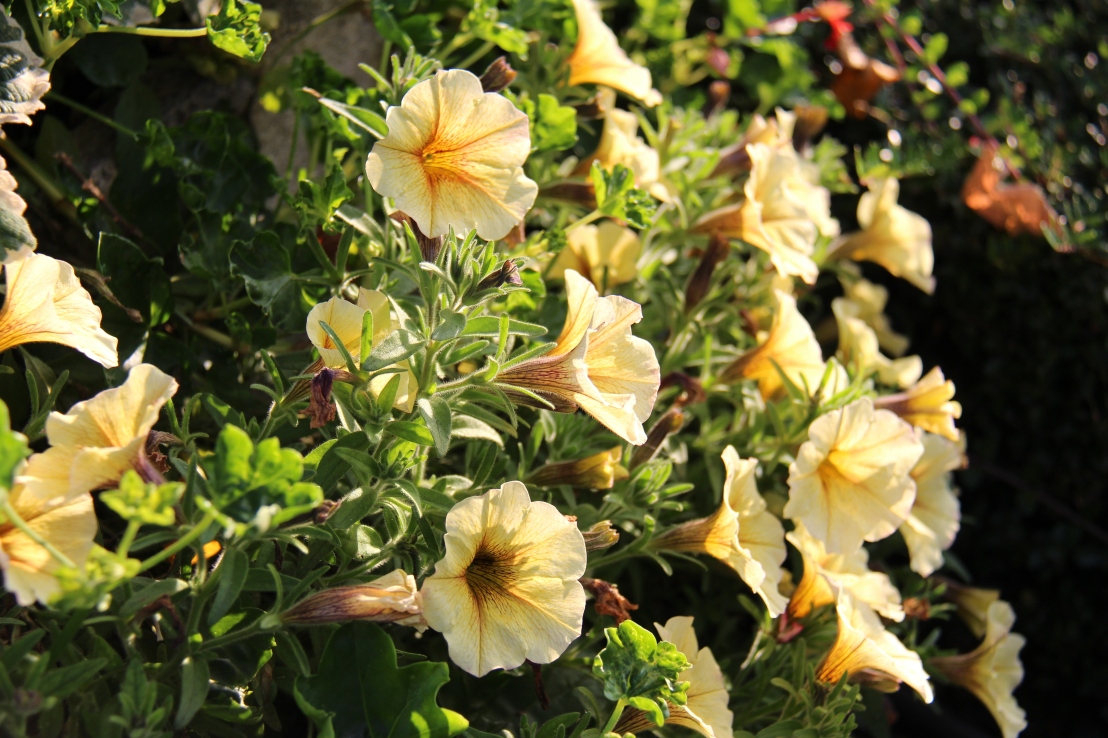 Since it was still pretty early Colin and I took a walk into the town, with Mo being carried to spare her hurt feet. There was a big boules (petanque) tournament going on – it had started in the morning and was getting down to the last few teams. 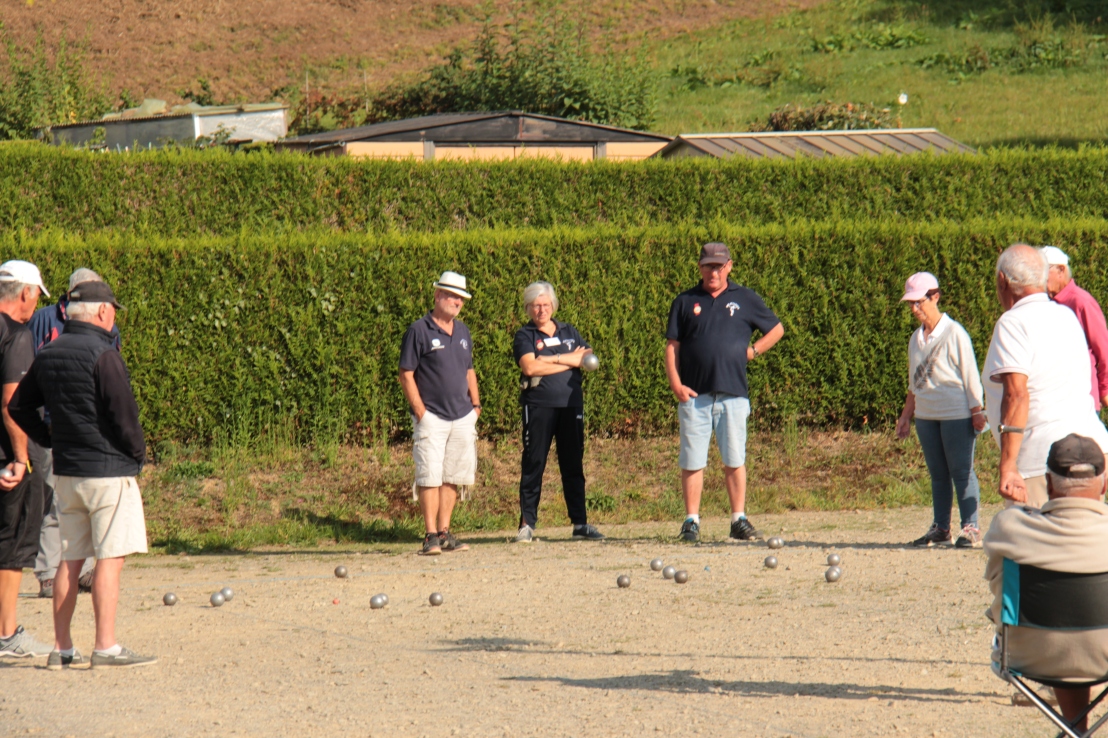 We walked around the town a bit then sat down at an outside table at a nice little bar where we had a refreshing beverage – or two. 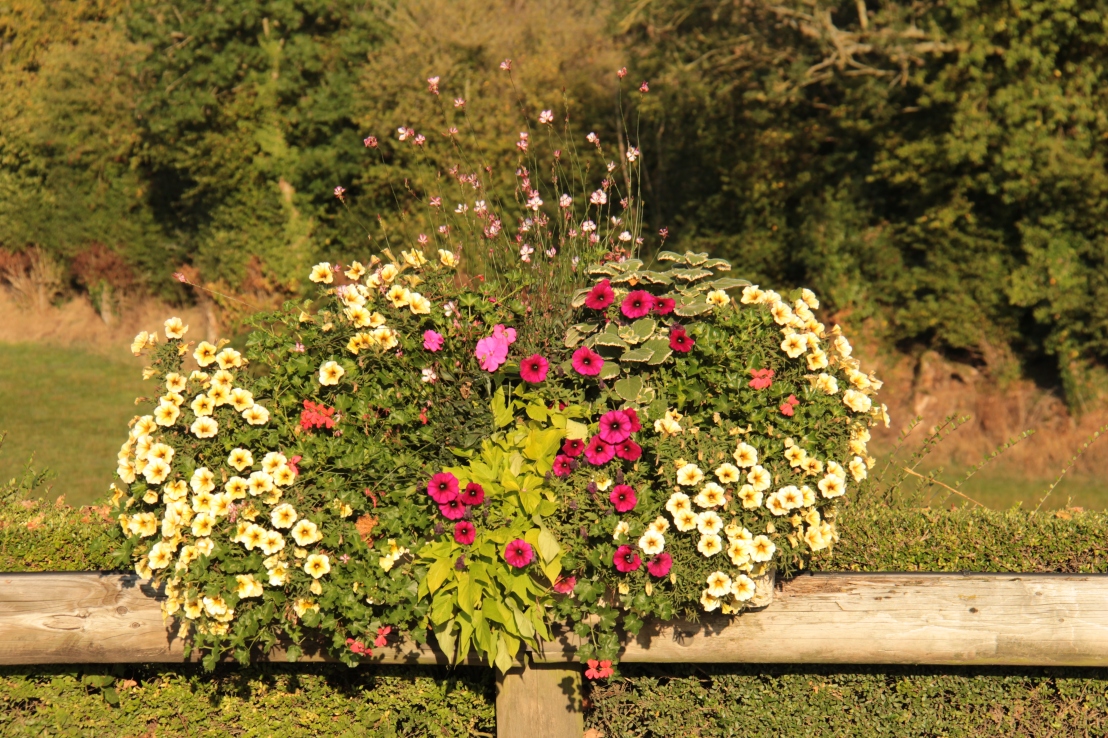 Since we’d had such a large lunch we had a simple dinner back at Tony and Helen’s – carrot slices, cheese, more of Helen’s delicious homemade bread and a couple of other small things.

We didn’t stay quite so long as last evening and had a pretty early night.