Staying close to home, as we should.  Going to the Conad in Case del Colle (that has the nice butcher’s) once or twice a week for major groceries, and the little Conad in the village if we need anything else in between.  If there are people waiting outside we’re all respecting of each other’s place and space. Sometimes what would have been a fifteen minute shop takes almost an hour, but no one has been pushy or angry.

Still able to go for nice walks – yesterday we took the little ones for a really long trek and at one of the houses along the way we passed an old woman who said hello to us.  She’d just exited an out-building and was heading into her house while holding a live pigeon by its feet – pigeon pie for dinner! 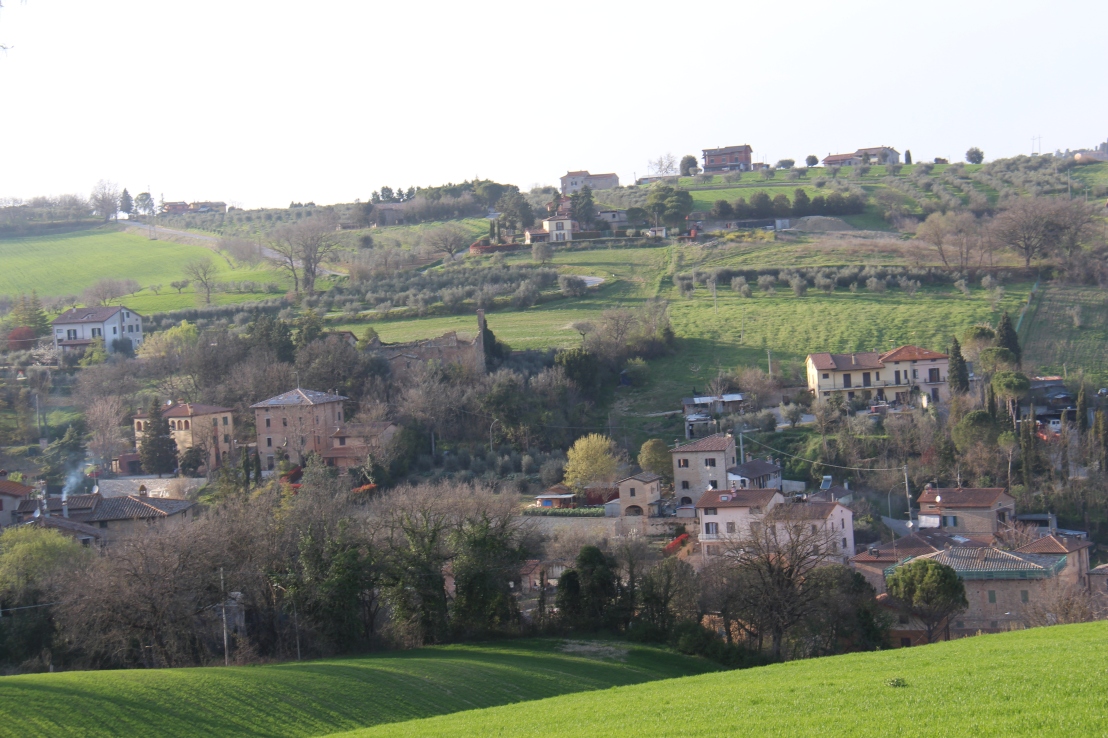 The weather has vacillated greatly between snow last week and back to sunny and beautiful, although the wind the last couple of days has been fierce and there’s snow on the tops of the surrounding mountains.

On our short walk today we headed down to the village, and partway down stopped to say hello to the ‘old dog’ at the corner.  Coming out of his yard was the dog’s owner – he knew who we were, as everyone in the village does, and invited us into his house.

He’s seen us on our bicycles, and as we entered his house we saw that he too was an aficionado.  He had two bikes right near his door – one of which was a beautiful old Pinarello. As we chatted I was able to decipher that it was 25 or 30 years old and he’d done some of the work on it himself.

He then showed us the rest of his home – the first flight of stairs up is ‘left, then right’ stepping, as the treads don’t go all the way across.  The house was three floors in all, with three bedrooms. He told us that he’d made the lovely custom headboards for each of the beds, as well as the armoire with pull-out drawers.  He seemed very proud of his handiwork, as he should be. 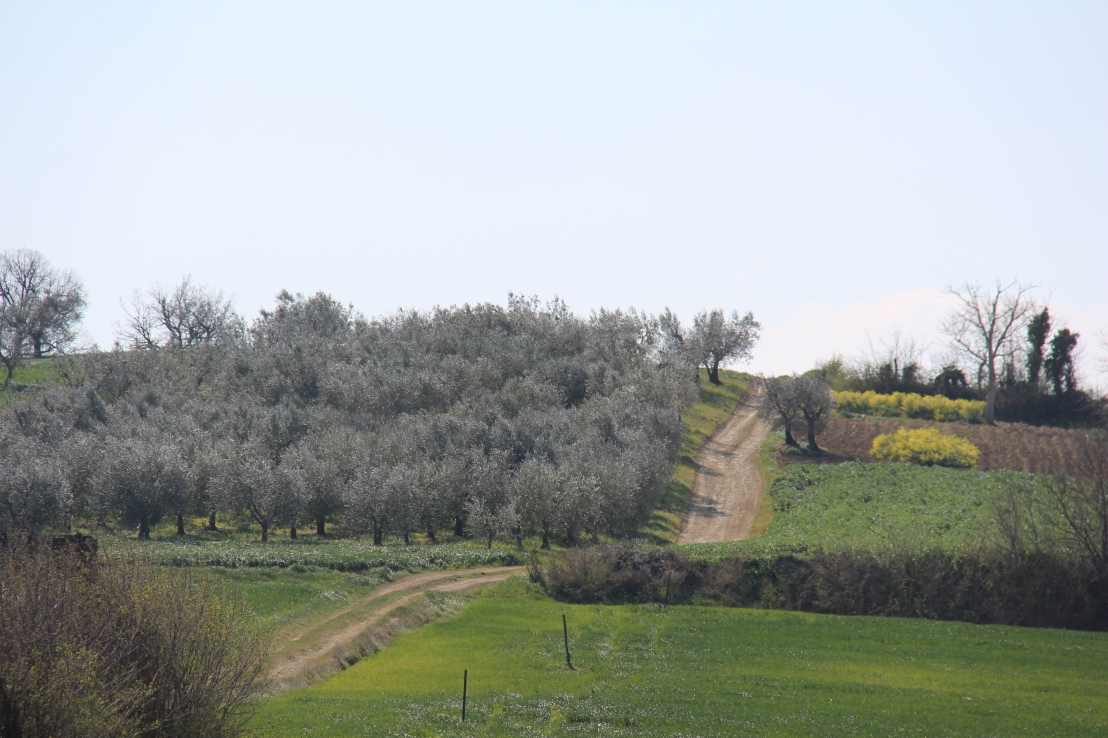 We then repaired to the kitchen, where he made us some very strong espressos, to which we added some very potent grappa.  In addition we were given chasers of something like sambuca, only better.

It was a lovely visit, and we managed to communicate fairly well – it seems we’re being accepted by the villagers more and more the longer we’re here.  After parting from Luigi we continued our short walk down through the village, up by the church and back home.

I must say it seemed kind of weird to actually be close to another person – even shaking his hand, without my hand sanitizer, but Luigi didn’t seem concerned.  How accustomed I’ve become to previously unthought of ‘dangers’ and I realized how nice it was to be welcomed into a ‘stranger’s’ home and to not be wary. Quite a bit to contemplate about the change in attitudes that have become by necessity the ‘norm’.