The past week has basically been more of the same – daily walks with the dogs, and sitting on the terrace reading and considering how fortunate we are.

There were, however, three things that had never happened before.

The first was yesterday afternoon – Good Friday – when we noticed a totally white pigeon (dove?) on the roof of the house next door.  It sat calmly for several minutes before flying away.

Now –  we see dozens of pigeons every day, many of which have taken over a large empty house just across the lane, but we’ve never seen whitey before – a very auspicious sign perhaps? 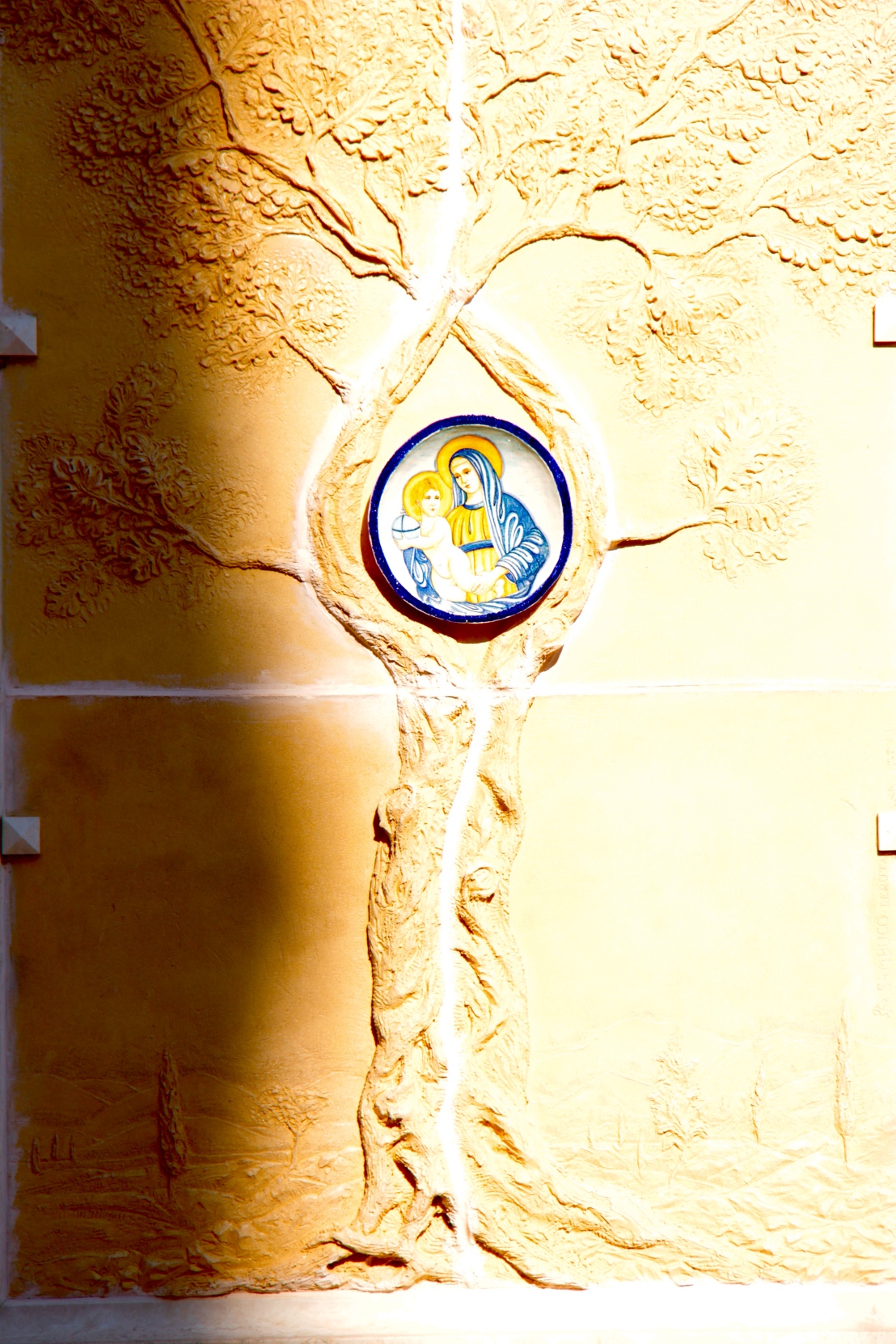 The second event happened to Colin, not myself.  He goes alone now to do the major grocery shopping while I stay home with the little furry ones.  As he was driving he passed a carabinieri (police) who had a car pulled over. Shortly after that Colin turned left off of the ‘main’ road and a minute later the carabinieri passed him at a high rate of speed and he came upon them a moment later when they flagged him down to stop.

As usual whenever we leave the house now, he had his passport and the form that Angelo provided us with that details who we are, where we’re from, and why we’re out on the road.  Colin says that they were ever so nice, and were satisfied with the info and let him go on his way.  It was very nice to find out that we’re doing things right.

The third event was this afternoon just after lunch when I went in to get the chicken Colin had purchased ready to put in the oven.  I opened up the wrapping paper and was met with a red head with a beady eye looking at me.

Ok – it was dead, but it was staring right at me!  I called down to Colin – who was out on the terrace – that he’d have to deal with it, laughing almost hysterically.  I then looked more closely and realized that the bird still had its feet as well – more hysterical laughter followed as Colin came in and eventually managed to behead and de-feet the fowl.

One thought on “Good Friday Dove, and Beady Eye Chicken”