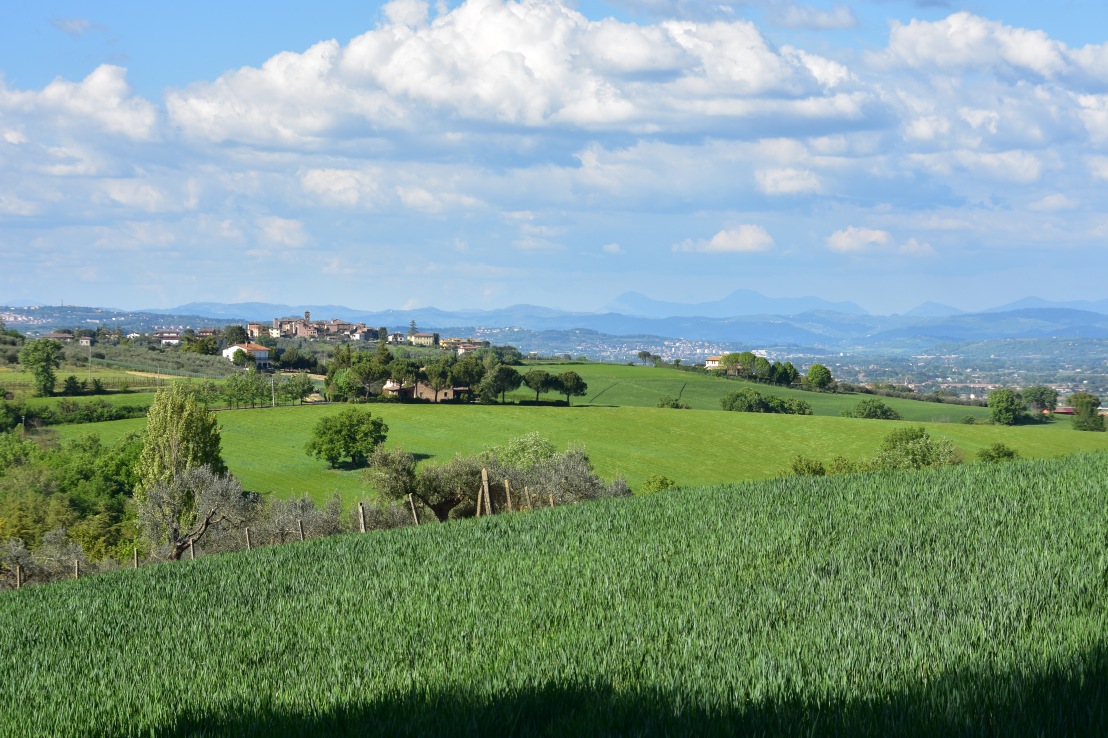 Yesterday was a very exciting day – some of our lockdown restrictions have been eased and we were allowed to get on our bikes again.  We hooked the chariot up to my bike and Henry got his first ride.  He wasn’t sure about it to begin with with and we had to stop and shorten his tether, but I think he did enjoy it.  Once we’re allowed to drive further from the village we’ll probably get a second chariot so each dog will have their own – Henry kind of sat on Mo some of the time, although she didn’t seem too bothered. 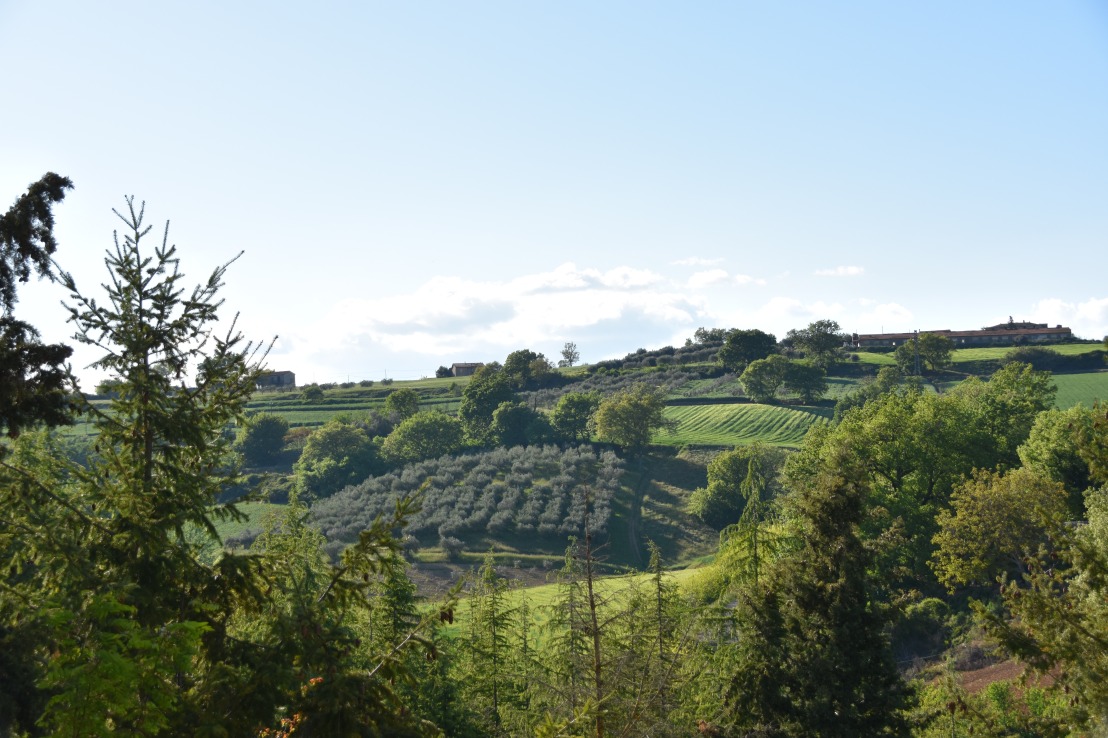 I was a bit nervous at first, being responsible for the doggies’ safety, but it wasn’t too bad.  And because my bike has a powerful motor even the climb up to Castello Delle Forme wasn’t a problem.  There’s a great view from the top – you can clearly see Perugia at the north end of the fertile plain with the Apennines in the distance. 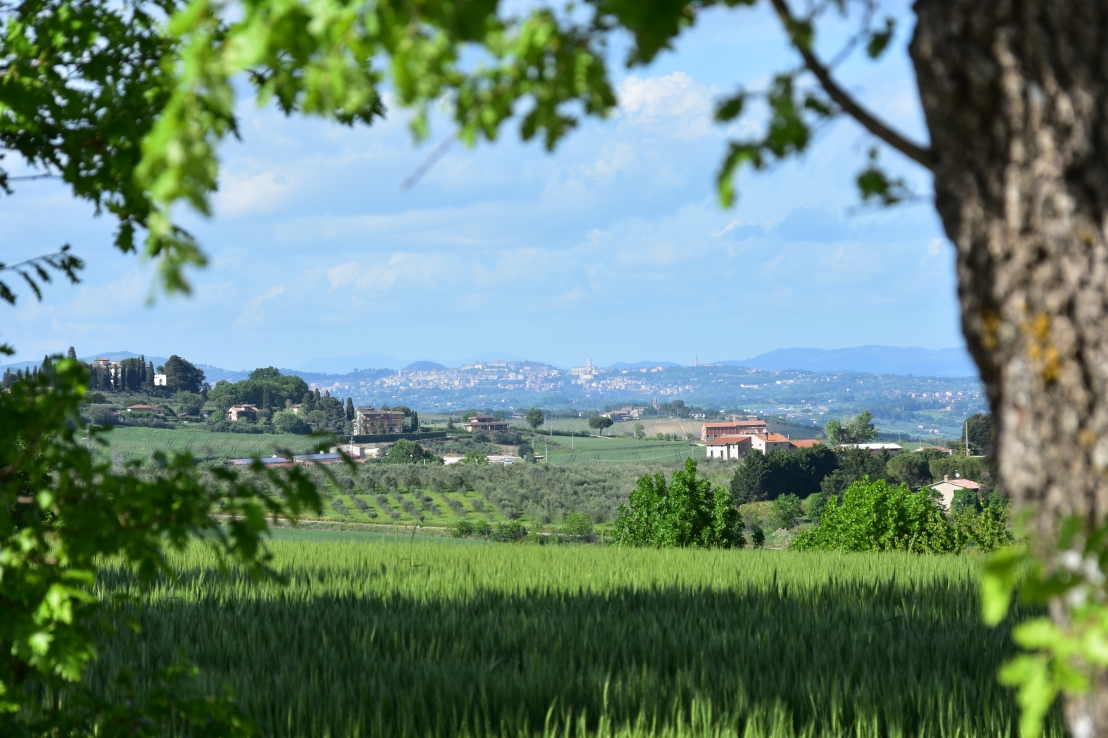 Last weekend was Angelo’s birthday so Colin gave him a bottle of Johnnie Walker Black Label as a gift.  Three days later it was Colin’s 75th, so Angelo joined us for an after dinner glass of red wine.  He brought two gifts – one was a beautiful black and white photo of Mo and Henry that he’d had blown up and framed, and the second was a jar of black truffles. 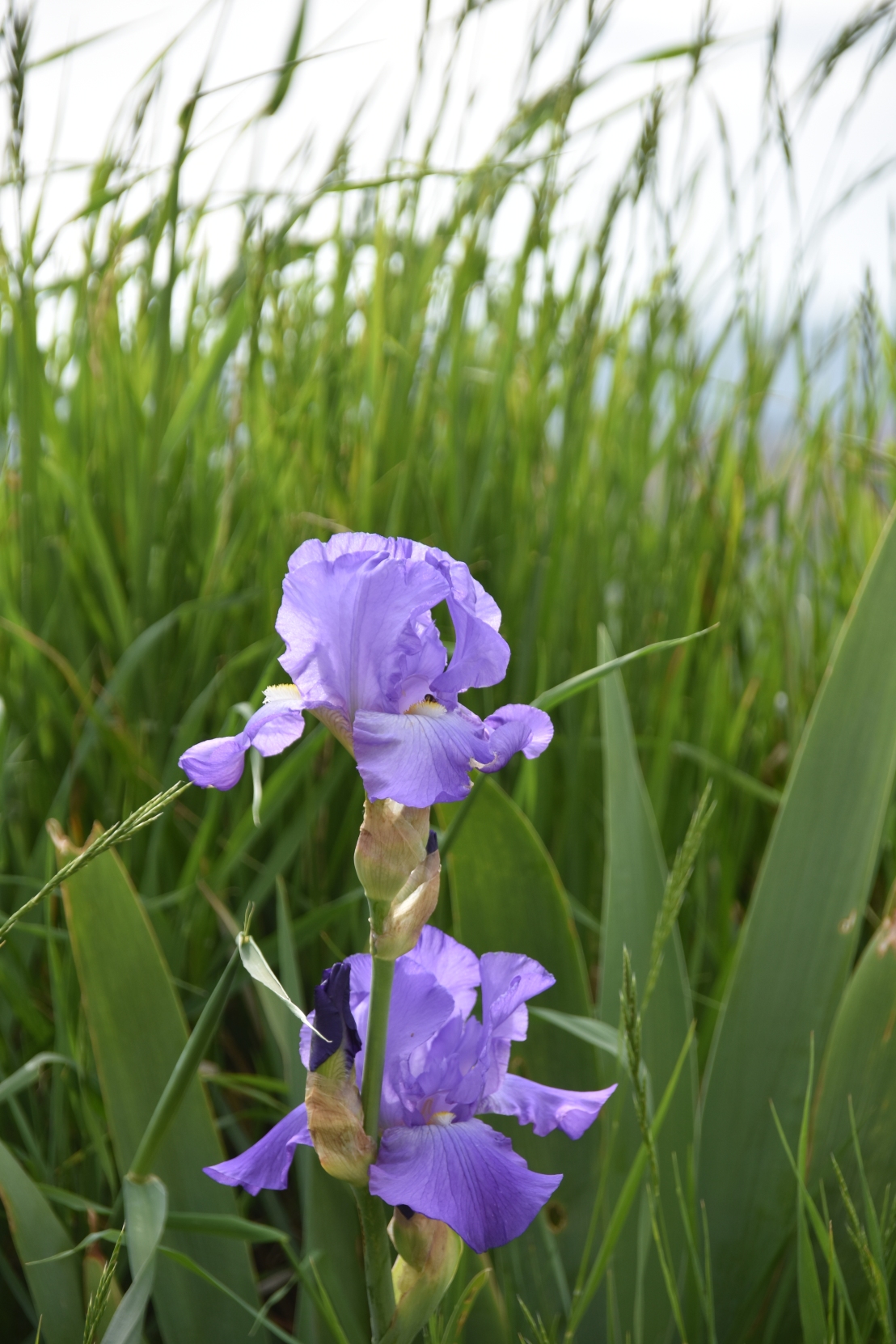 Colin’s birthday dinner was much simpler than planned – we’d hoped to be able to have several of the locals we’ve come to know over for a party, but of course that couldn’t happen.  I’d made a great list of appies to make, but that will have to wait.  In the meantime I made a delicious pizza from scratch – I’m getting pretty good at making pita bread, and didn’t have to change much to get a decent pizza dough. 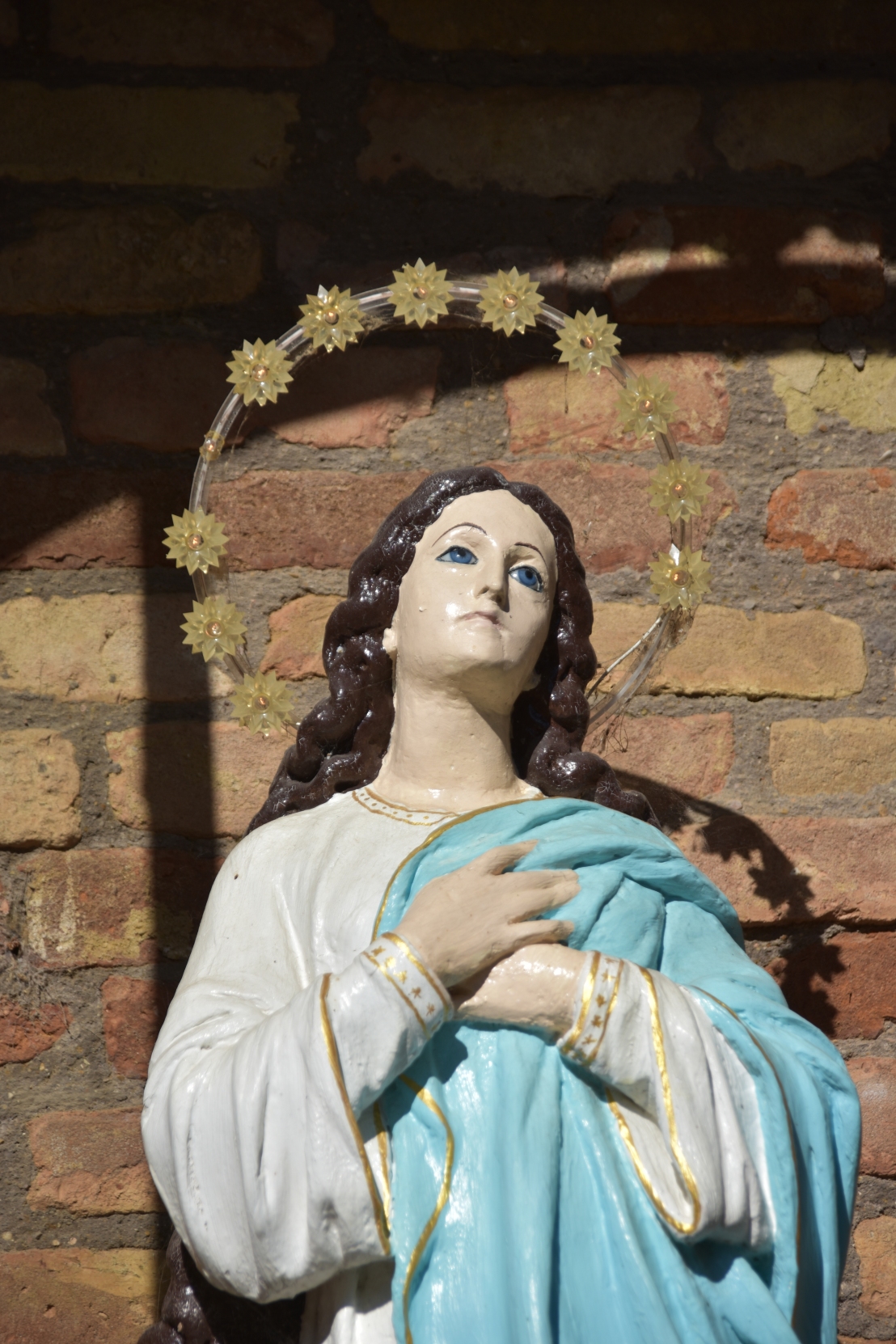 We had some of the truffles a day or two later in a nice cream sauce over pasta – it was so tasty I made it again the next day.  I’ve been trying out recipes from an Italian cookbook that’s been in the campervan for years – another great success was beef roast marinated in red wine. 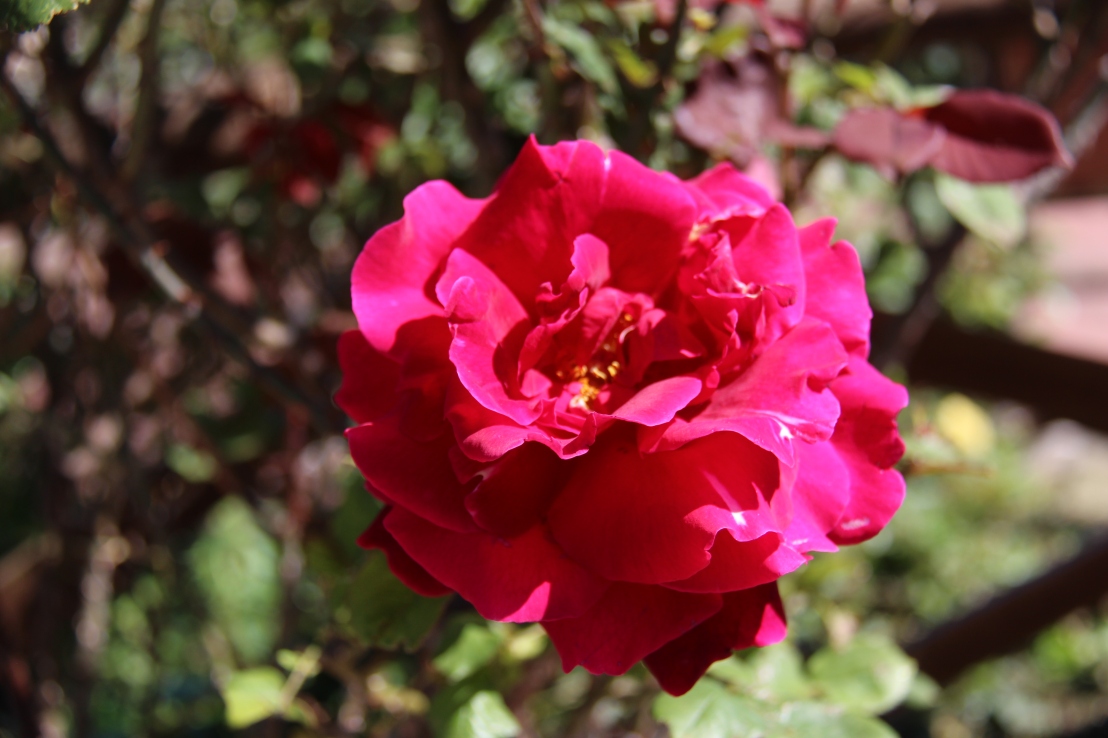 One morning last week a couple of folks dressed in blue and yellow hazmat-type suits came knocking on everyone’s doors to hand out free face masks.  I haven’t needed to wear mine yet but Colin puts his on when he goes to the store.  We also had to print updated authorization forms that we carry with us whenever we go out, along with our passports. 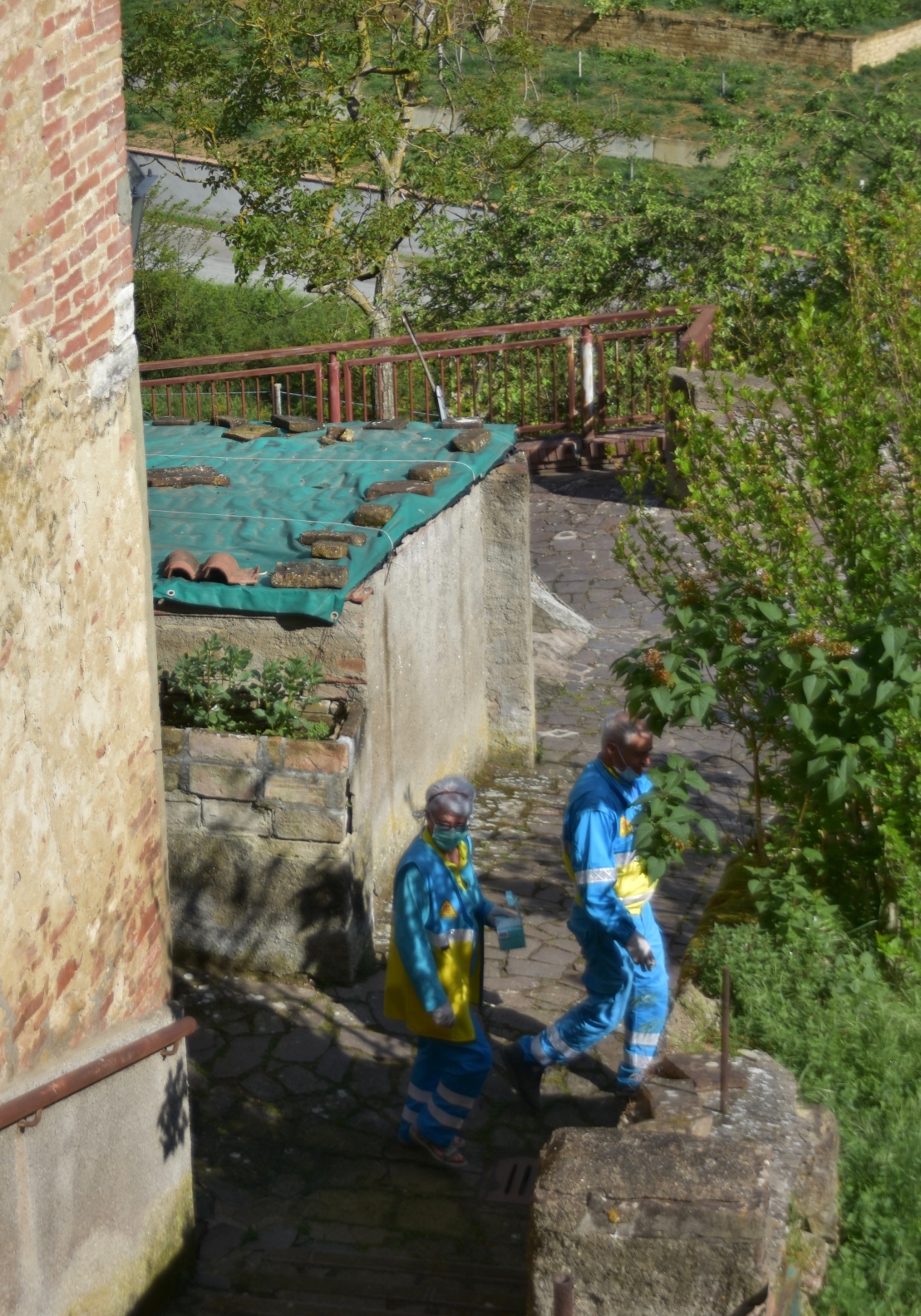 We watched the last episode of the Borgias last night, and are both very disappointed that there wasn’t a final season to wrap all of the story lines up.  We quite enjoyed our one episode per night watching, and will now have to choose something else. 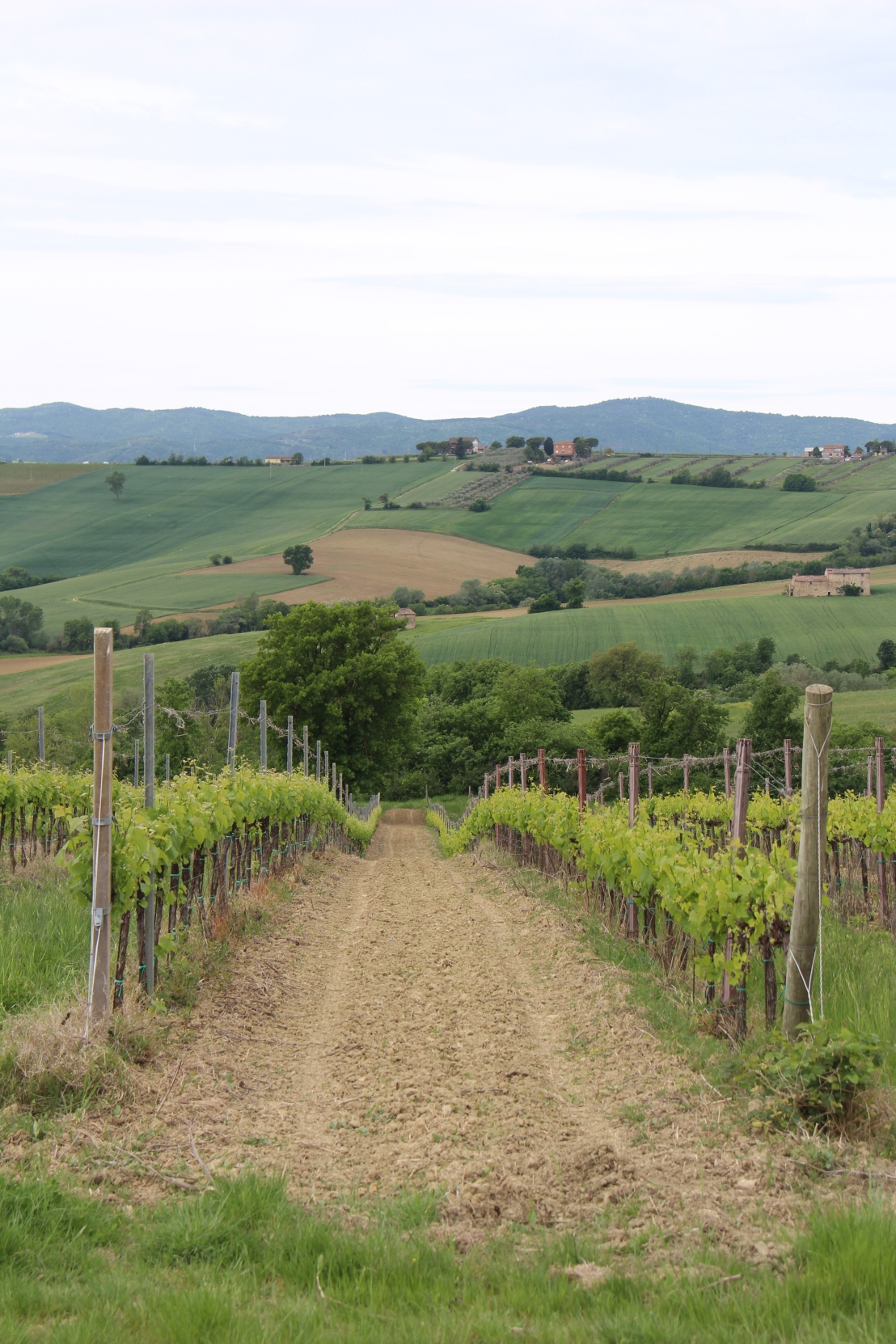 We’ve lucked out a couple of times when checking out Rai Sport – they occasionally have been showing old cycling races such as previous years’ Amstel Gold as well as a bit of a past Giro or two.  We’re still hopeful that we’ll get to see some live races later in the summer, but aren’t holding our breath. 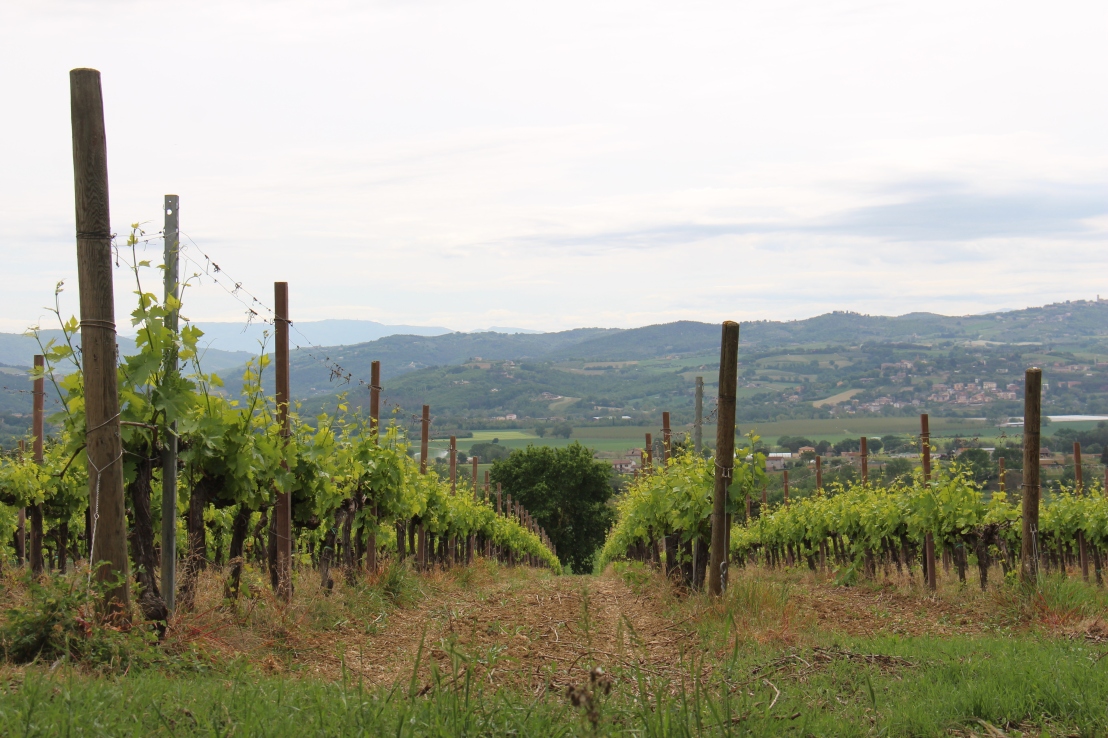 Our daily dog walks are now followed by daily tick hunts.  Henry especially seems to pick up a lot of them.  His coat is getting shaggier but of course the grooming places are all still shut.  Mo’s coat is much shorter so the ticks are easier to spot and pick off before they start burrowing. 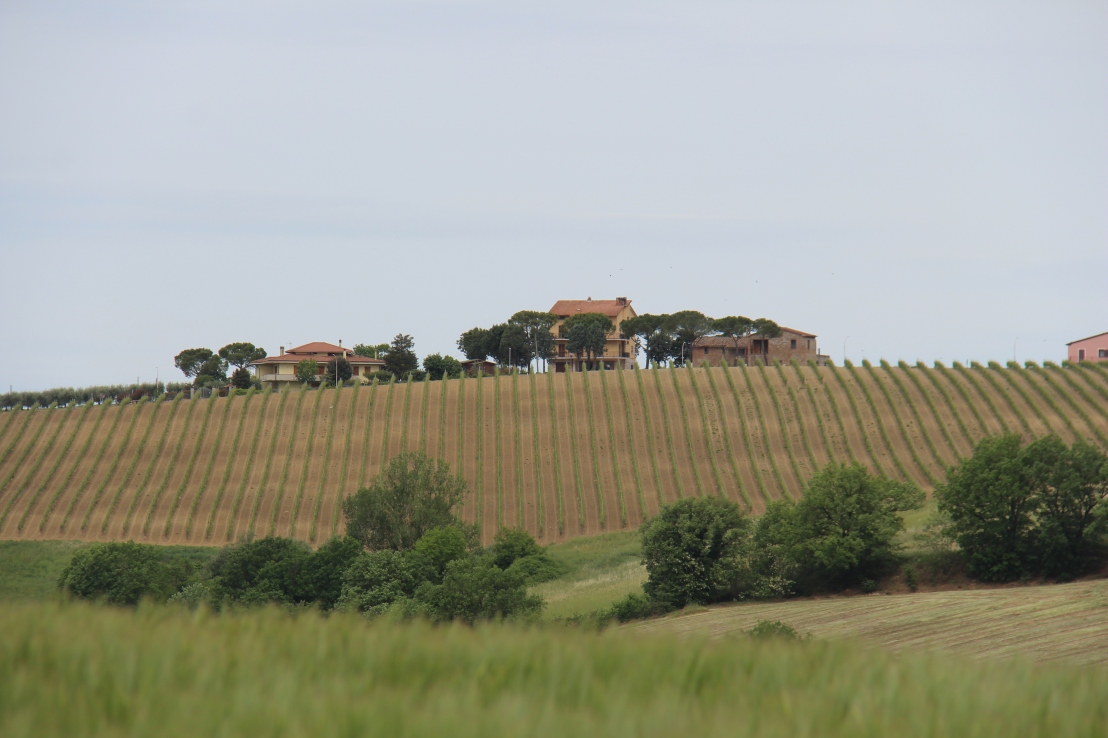 A couple of days ago we were sitting inside when I heard a loud noise – when I looked out onto the terrace I saw that not only was it raining on our drying laundry, but the wind had picked our sunshade/umbrella right out of its base and blown it across the terrace.  I scrambled to get the laundry off the drying rack before it got soaked, and Colin retrieved the umbrella and got it back in its base.  Such is our excitement these days! 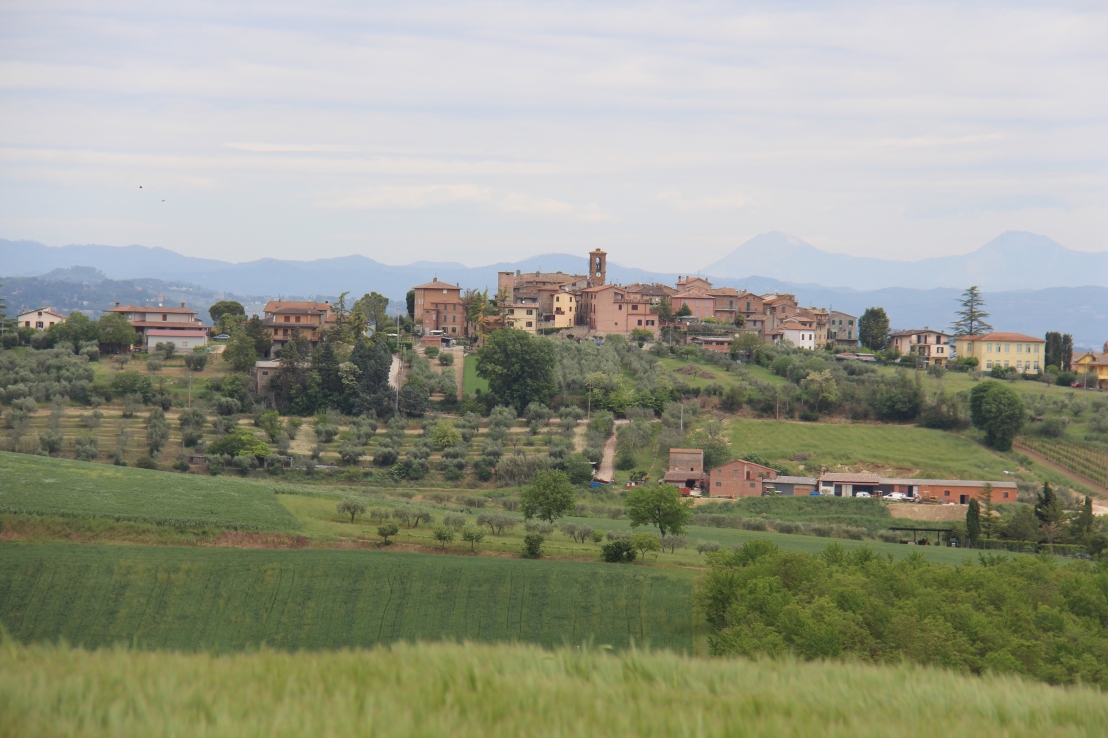