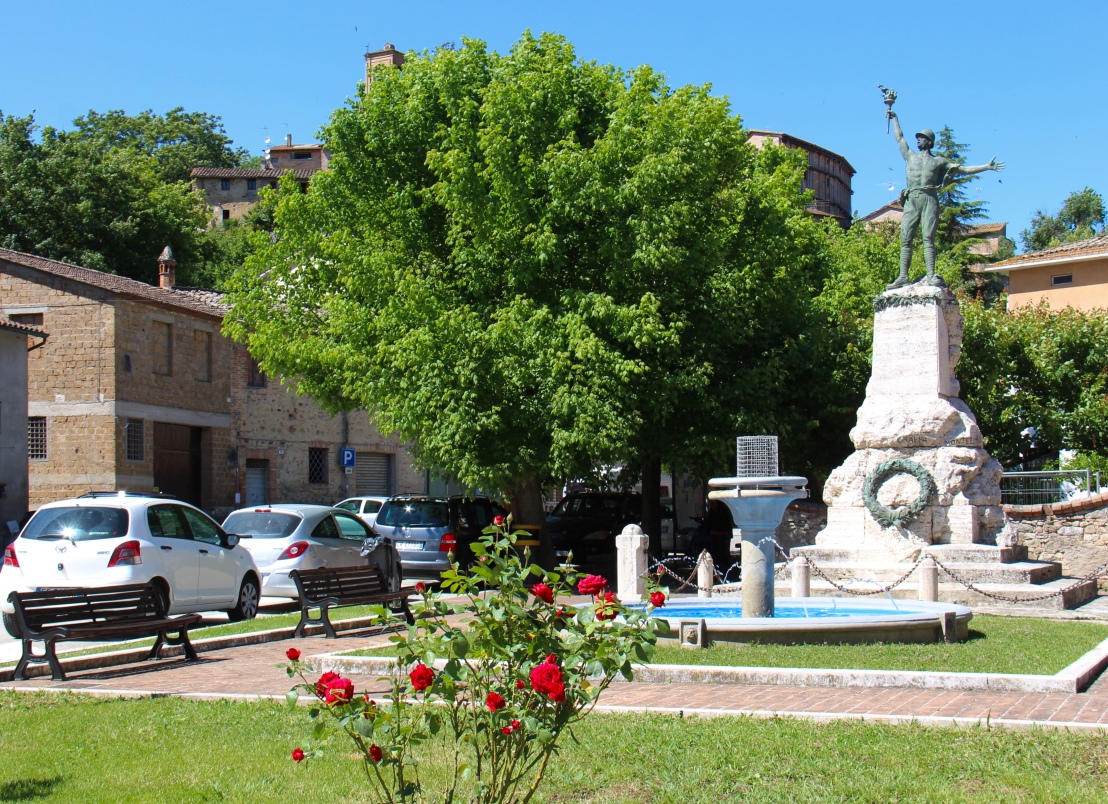 On Tuesday we took the dogs for a nice walk along the ridge and on the way back we encountered a fellow we’ve seen several times now.  He speaks fairly good english and told us that there was going to be an aerial display above Perugia.  We kept walking and were just discussing if we should stay on the ridge to wait for it when we looked north towards the city as Colin said he heard something.

Sure enough there was an italian flag appearing in the sky – red white and green smoke from the Italian Air Force Trecce Tricolori Display Team.  The wind was blowing fiercely but the flag was visible for some time.  It was pretty cool – the display team is flying over every ‘major’ city in the country over a period of 3 or 4 days to boost morale.

That evening Colin met with the owners of the cellar below us – he’s been wanting to buy it ever since he got the house but the old lady that owned it wasn’t interested in selling.  Now that she has passed on her three adult children are keen to sell, so Romena, who speaks fluent english, is now the go-between and interpreter. As long as the structural engineer says that all is good we should be able to make a deal.  Not only will it make great storage for the bikes, etc, but the ceiling of the cellar can be insulated so the floor of our living room and kitchen won’t be bleeding heat on cold days.

We took another little trip to Trasimeno, this time going to one of our favourite restaurants – Il Ristoro in Monte Buono.  They had only outside tables, which were setup all over the lovely lawn under the trees.   We had excellent bruschetta to start, then for my main course I got the gnocchi with ragu – it was very good.  Another thing to go on my Ikea shopping list will be a potato ricer so I can make my own gnocchi.

I’ve been on a few more nice rides, although I had a mishap yesterday.  I was almost home from an 18km ride and was just coming down the very steep gravel lane from the ridge above us when I felt the rear tire sliding out.  I wasn’t going very fast as I ride the brakes pretty much the whole way down but there was nothing I could do.  I stuck my right leg out thinking I would just stop but because it was so steep there was too much momentum and down I went.

I landed hard on my right knee and shin and barely had time to stick my hands out as I face-planted into the verge on the edge of the track.  It smelt faintly of mint, which is a lot better than the dog poo I could have landed in, and was also much softer than gravel or a face full of brambles.

I took a couple of breaths, then checked to see if anything was broken or bleeding – luckily nothing broken – not even my sunglasses.  My nose wasn’t bleeding, and my teeth were all intact.  I shakily got to my feet and looked down at my legs – left one not bad, but right one covered in dust and missing small patches of skin just below the knee.

It could have been a lot worse – I picked up my camera case, which had been thrown from the basket, then heaved the bike up and started walking down the hill.  I contemplated crying, but decided it wouldn’t help.  I didn’t walk far before I climbed back on the bike and slowly and gingerly made my way the last 150 meters home.

I washed my wounds as well as I could then applied some cream that Colin had in his first-aid bag.  We then headed down to the village for our morning cappuccino at the bar.  Later, after dinner, we watched the second of four Clint Eastwood spaghetti westerns but couldn’t quite make it to the end.

Mo is sleeping with me now and is a little angel, although a bit of a bed hog, reminding me very much of my Sly kitty back home. 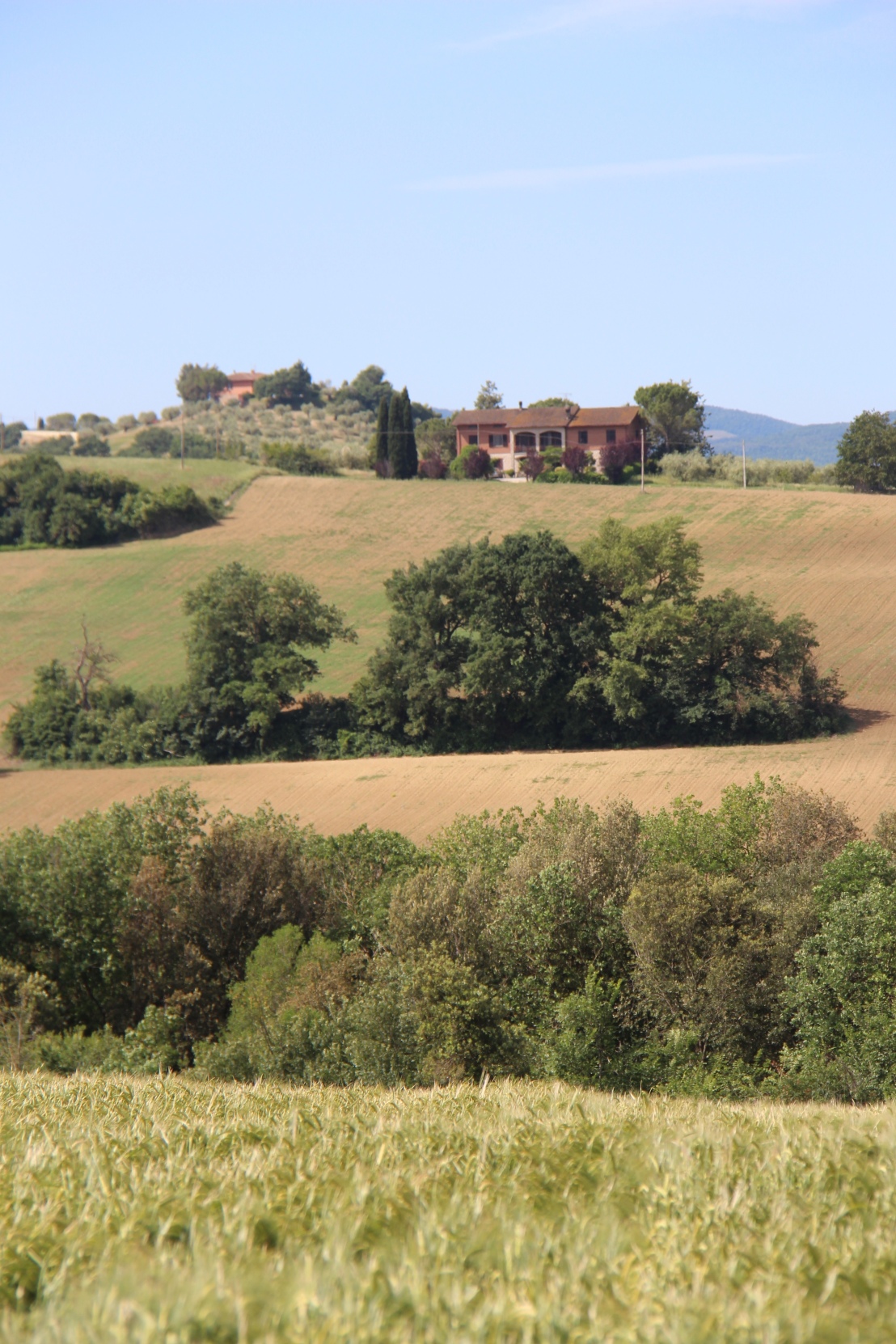 This morning the weather had turned ugly, so no bike ride.  My leg doesn’t feel too bad, but my muscles and joints are sore and the bridge of my nose throbs – wearing my glasses does not help the pain, but I don’t think the nose is broken.