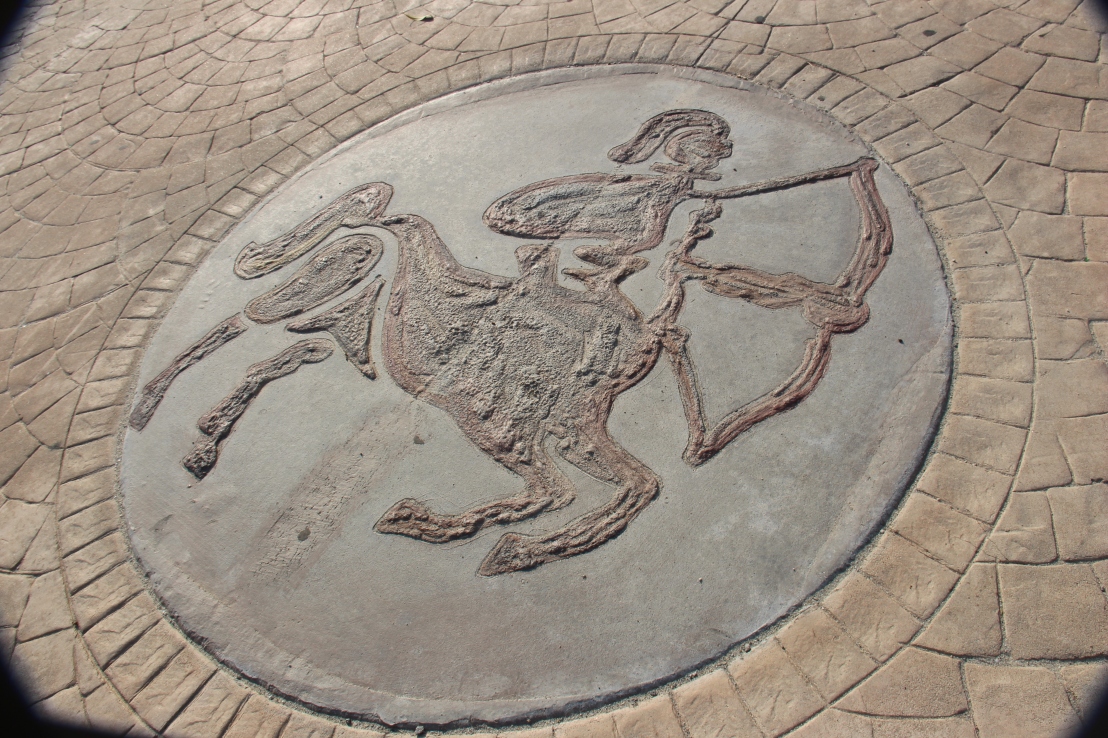 We stayed at Camping Lungomare for three nights – one morning we walked the dogs into the town to find a bank, and it was already so hot we had to stop three times to give them water.  Luckily we almost always bring their bowl in my backpack when we go anywhere now so were well prepared with lots of water.

We had lunch a couple of times at the restaurant across from us – mixed seafood appetizer one day, then once again calamari.  Both dishes were excellent, as was the pizza we had one evening – they have a large wood-fired oven, and that makes the best pizza.

One afternoon as we sat in the shade in the bar we watched a water aerobics class – they also had organized activities for kids.

A couple of evening swims in the Sea were wonderful – the water gets fairly deep very quickly so you don’t have to wade half a mile to start swimming.

When we left the campground we went north for a ways, then turned west into the hills, heading for the town of San Giovanni di Fiori – it wasn’t as charming as it sounded and we couldn’t find a place for coffee that had any space for parking so we eventually made it to the other side and just kept going.

We came to a lovely lake – lago Ampollino, and finally found a nice place for a coffee.  It was a large picnic type area with a bar and restaurant – it normally probably would have been packed but we were the only ones there.

After we passed the lake we came to a nice wide valley that reminded me greatly of home – hay fields, grazing cattle, small farms – very pretty.

By the time we stopped for the night we were back on the coast, having done basically a large circle and ending up not that far north from where we’d started. 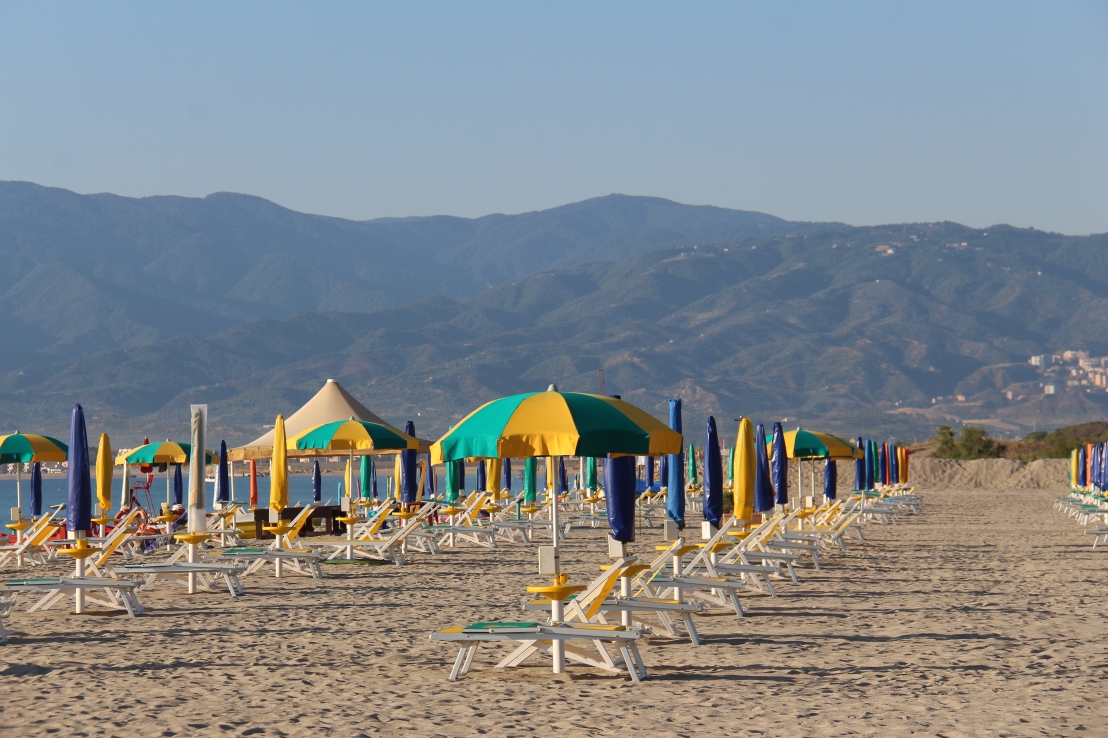 We chose a nice sounding campground, but you can’t always tell by the description.  This one was right on the beach and was very large, with row after row of tall spruce trees marking the spaces.

Upon entering we were given two pages of rules and regulations, and just as I was starting to make dinner a lady pulled up on a golf cart.  She asked where our ‘Calabria’ form was and we had no idea what she was talking about.  She told us we had to go to an official website and properly register so we said we would.

No more than 10 or 15 minutes later she pulled up again and said ‘you haven’t registered yet!’ in an accusatory tone.  We said we’re just making dinner – we’ll do it later, but that wasn’t good enough for her.  I actually turned the stove off, pulled out my ipad and logged in to the website while she was there.

Of course it was all in Italian so we didn’t even know which tab to go into – we gave up and had dinner.  Afterwards Colin walked up to the office and was told they’d help us fill it out the next afternoon.

The next morning we decided to leave – despite one of their strict rules being ‘absolutely no noise between midnight and 8 am’ we were kept awake until after 2 am by the disco music from next door.

Also, the ‘free’ shower we were supposed to get with the token she gave each of us lasted about 45 seconds – I was literally covered in soap when the water stopped.  I wrapped myself in my towel and scampered to the toilet building and rinsed the soap off with cold water from the sink.  In addition I pulled a muscle in my lower back bending over to rinse the conditioner out of my hair – time to leave this place!