We left the park-for-the-night in Asciano very early in the morning, and drove to the area we’d chosen to watch the race from.  It was a nice wide piece of fairly flat ground that had views both behind and ahead of us.

We got to see the sun rise – it was a very quiet and beautiful morning.

By the afternoon it was again brutally hot, reaching at least 40 but there was no shade or relief to be had.  We put the campervan’s awning out but had to retract it because of the wind.

During the day amateur riders did, as usual, come up the road, and more than one rider and car stopped because of our flags. 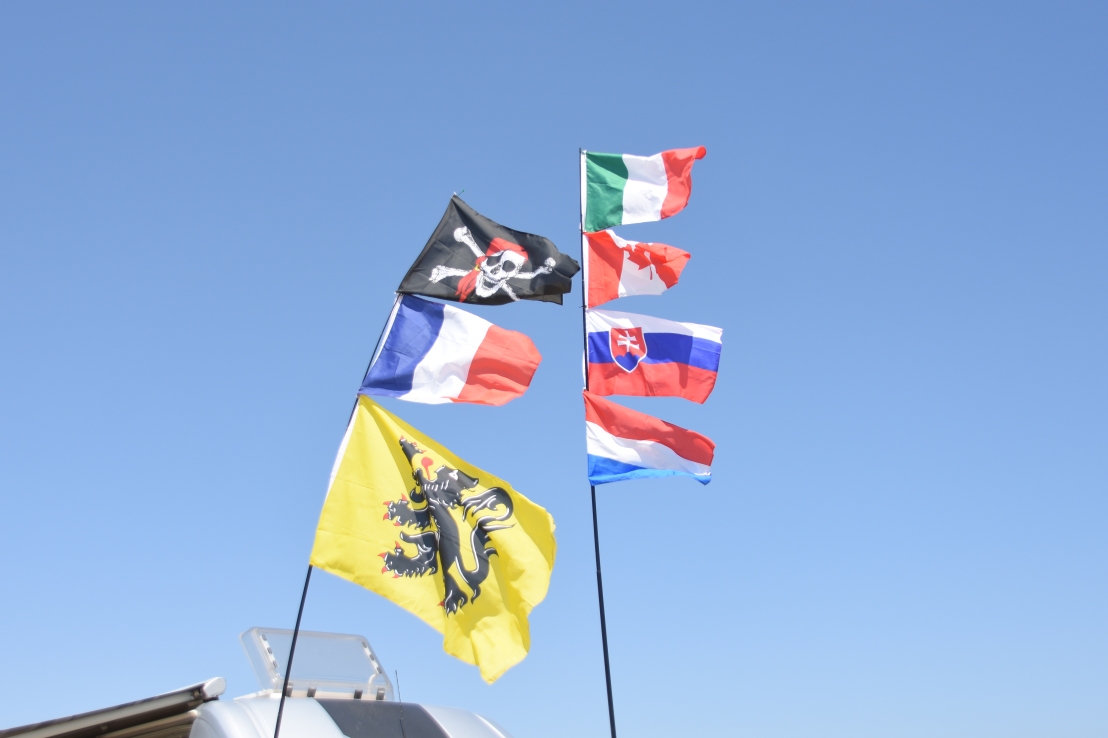 One group of three Italian men that stopped stayed for a bit to chat – they even brought out a bottle of local Chianti that they opened and shared with us.  They all live near Rimini and Colin has their phone number so he can call them during the Giro in October and maybe get together.

The race didn’t arrive until almost 5:30, and the dust was flying.  I got a pretty good photo of Wout van Aert, who was the eventual winner.

At one point I moved down the road a short way for a different view and was almost run over by one of the team vehicles – a black mercedes – when it came flying over the hill above me trying to pass another vehicle. 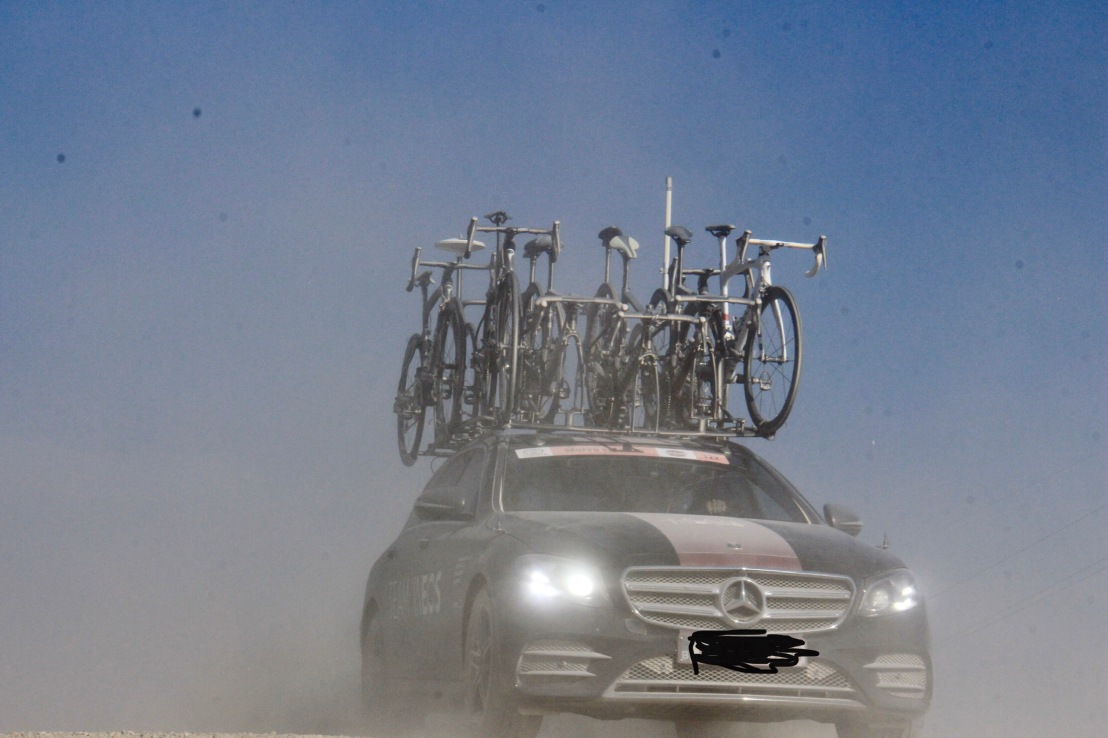 I was well off the road as the verge was over two feet wide and had just been cut so I shouldn’t have been in any danger.  Thankfully death was avoided, but – damn!! 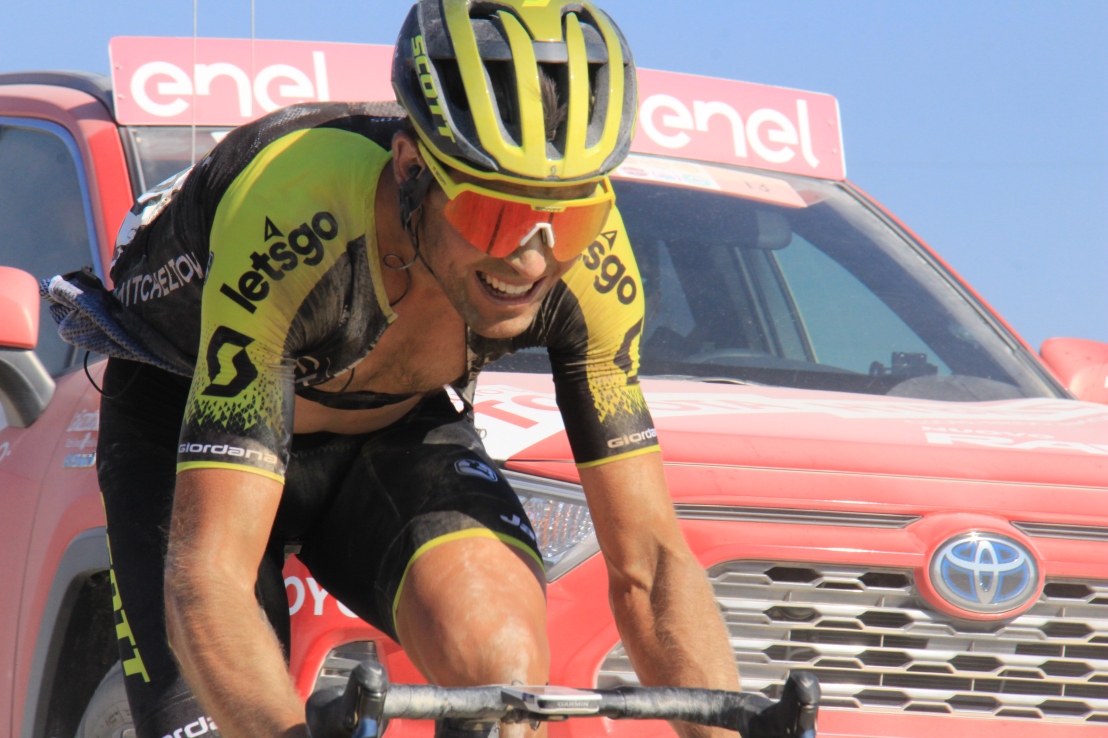 I also got photos of a fairly tired looking Peter Sagan, and a very dusty Michael Woods. 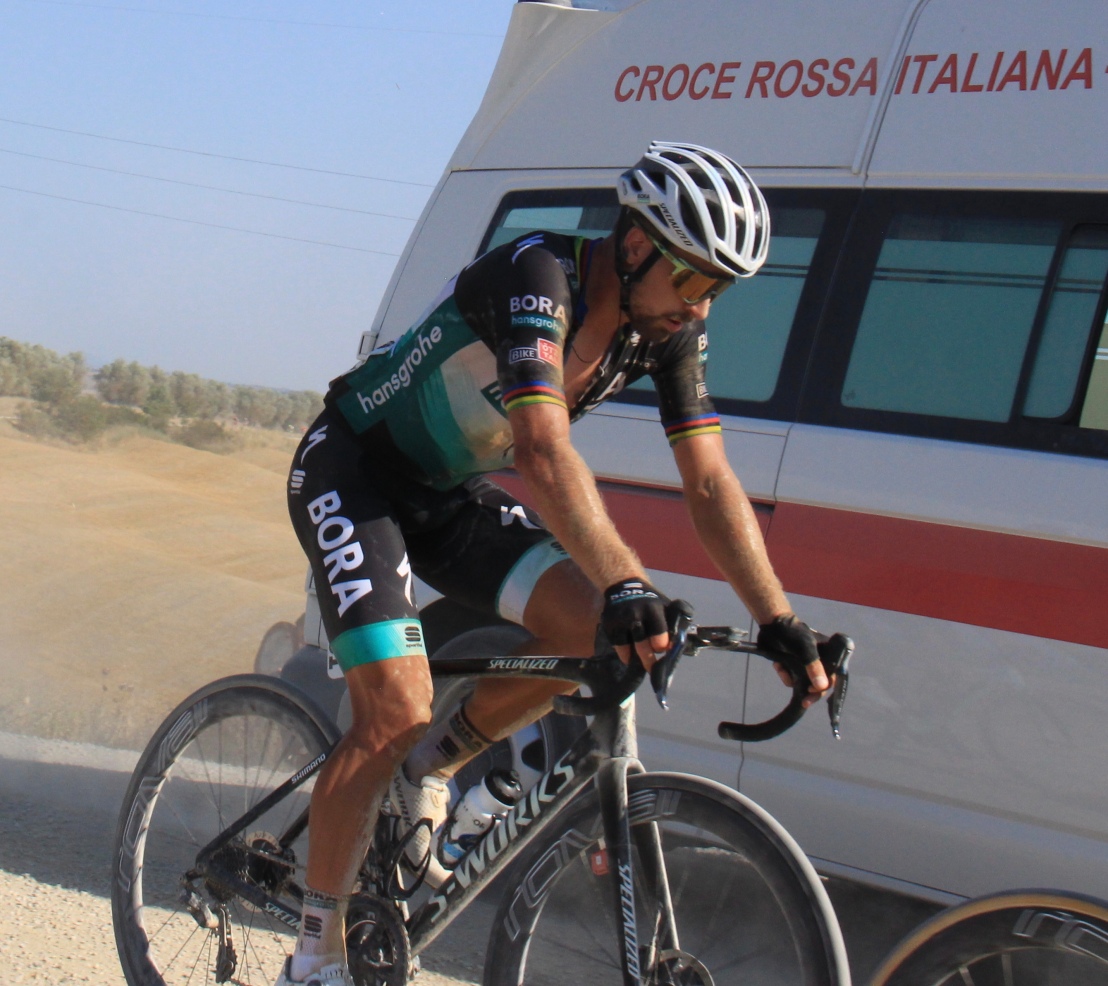 We started packing up as soon as the last racer passed – there wasn’t much to do.  We’ll have to sweep a bit later as there’s fine white dust everywhere. 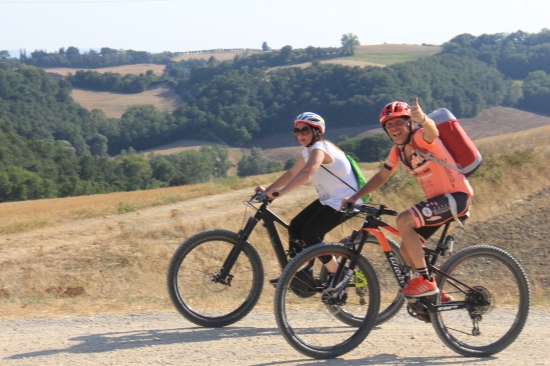 We went northwest intending to bypass Siena and be on our way to Piemonte, but were slowed down by the race, which was just nearing it’s finish in the city.  Apparently only 50 of the original 150 racers finished – although 8 of those were outside the time limit.

I did manage to snag a nice pink route marking arrow for my collection – it’s now placed in the left-back window.