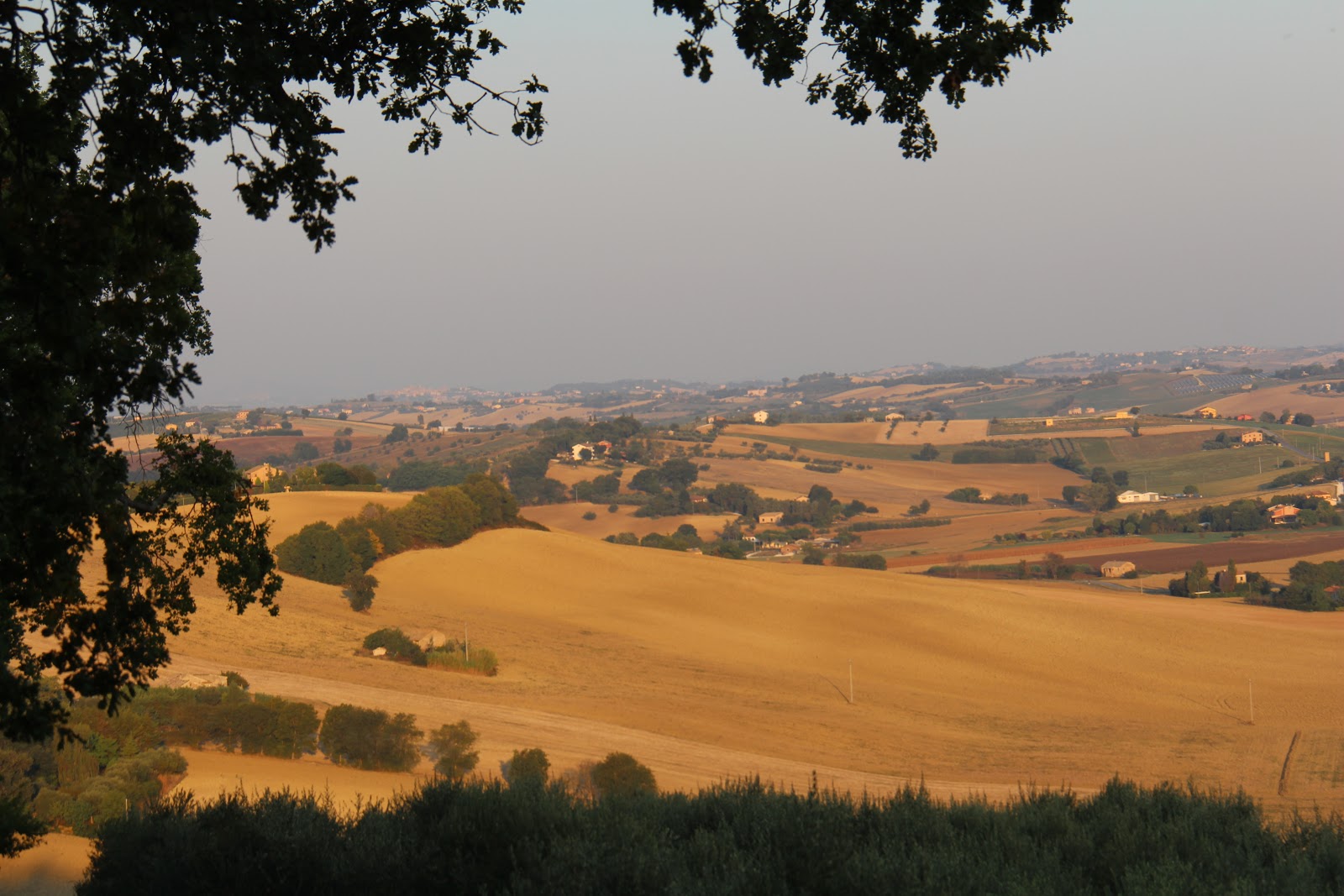 Yet another beautiful morning for the second last stage of Tirreno-Adriatico.  We re-confirmed that the race will pass our spot three times before the finish in Loreto.

This stage is called the ‘Muri’ because of the many small but brutal climbs.  We’re between Loreto and Recanati just near the top of one of the climbs.

There’s a cemetery just below us and Mo and I walked down to look around – it wasn’t exactly what I expected.

There was part of one wall that had the usual small internments with plaques with flowers, etc, but the majority of the place was large individual ‘houses’, some of which were quite ornate and beautiful.

I got my bidon collection together and I’m not missing too many – maybe I’ll complete it today or tomorrow.

At one point in the morning, before we’d opened all the shades, Colin noticed someone outside about to put a piece of paper on our windshield.  I opened the side door to investigate – it was a policewoman who was going to leave a notice that we were going to get ‘locked in’ around noon when the road would be closed.  I assured her we wouldn’t be moving as we took photos of the race and she thought that was great.

For the first pass of the riders I went a bit down from where we were parked in the churchyard – I could see a ways down the road as they came up the hill.

Froome and Nibali were both near the front of the peloton.

For the second pass I stayed closer to where we were parked – I could see Loreto in the distance where they will finish the stage.

After the breakaway had passed all of the team cars pulled to the right-hand side of the road – the peloton was within two minutes of the break so the cars all got the order to pull over and get out of the way. 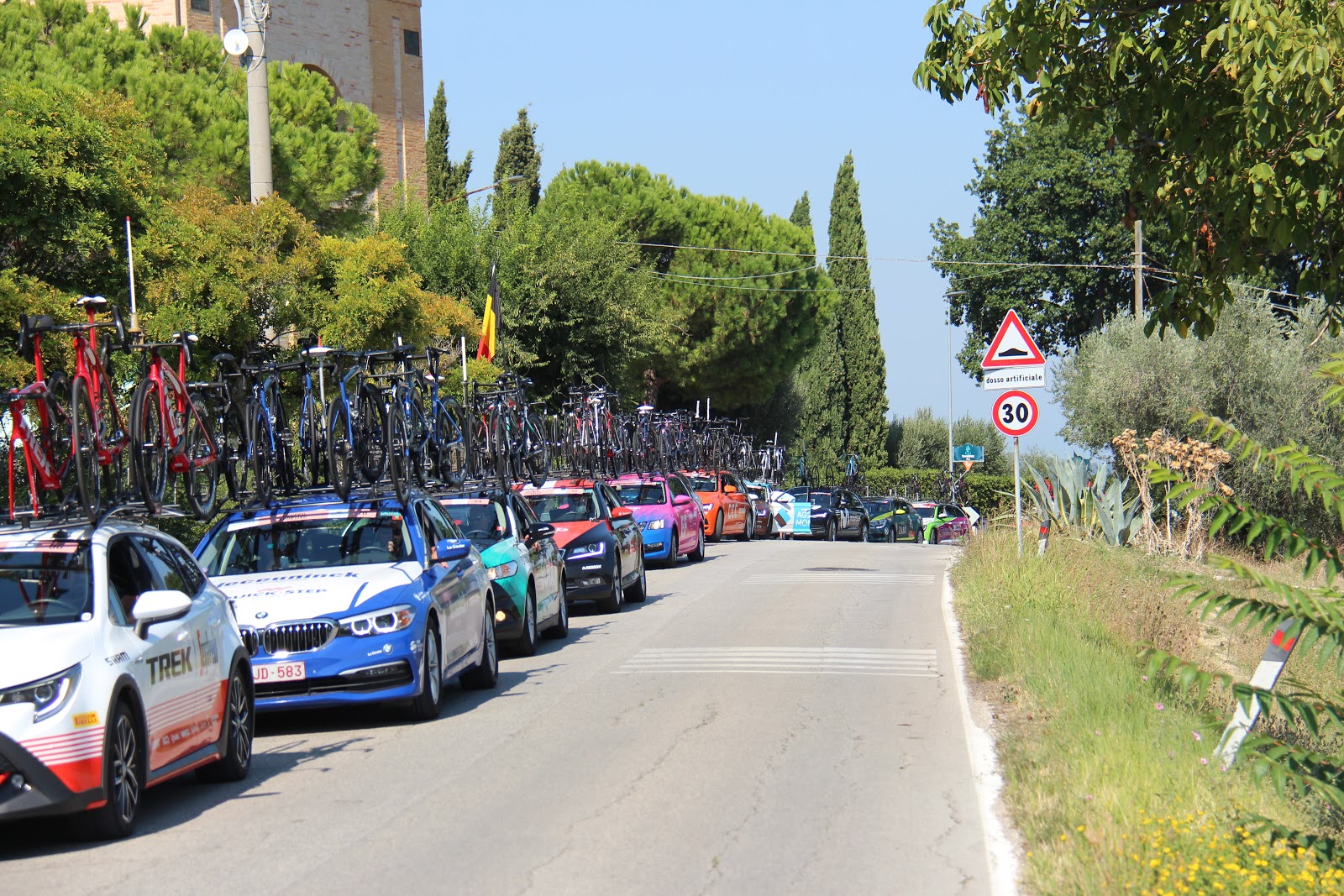 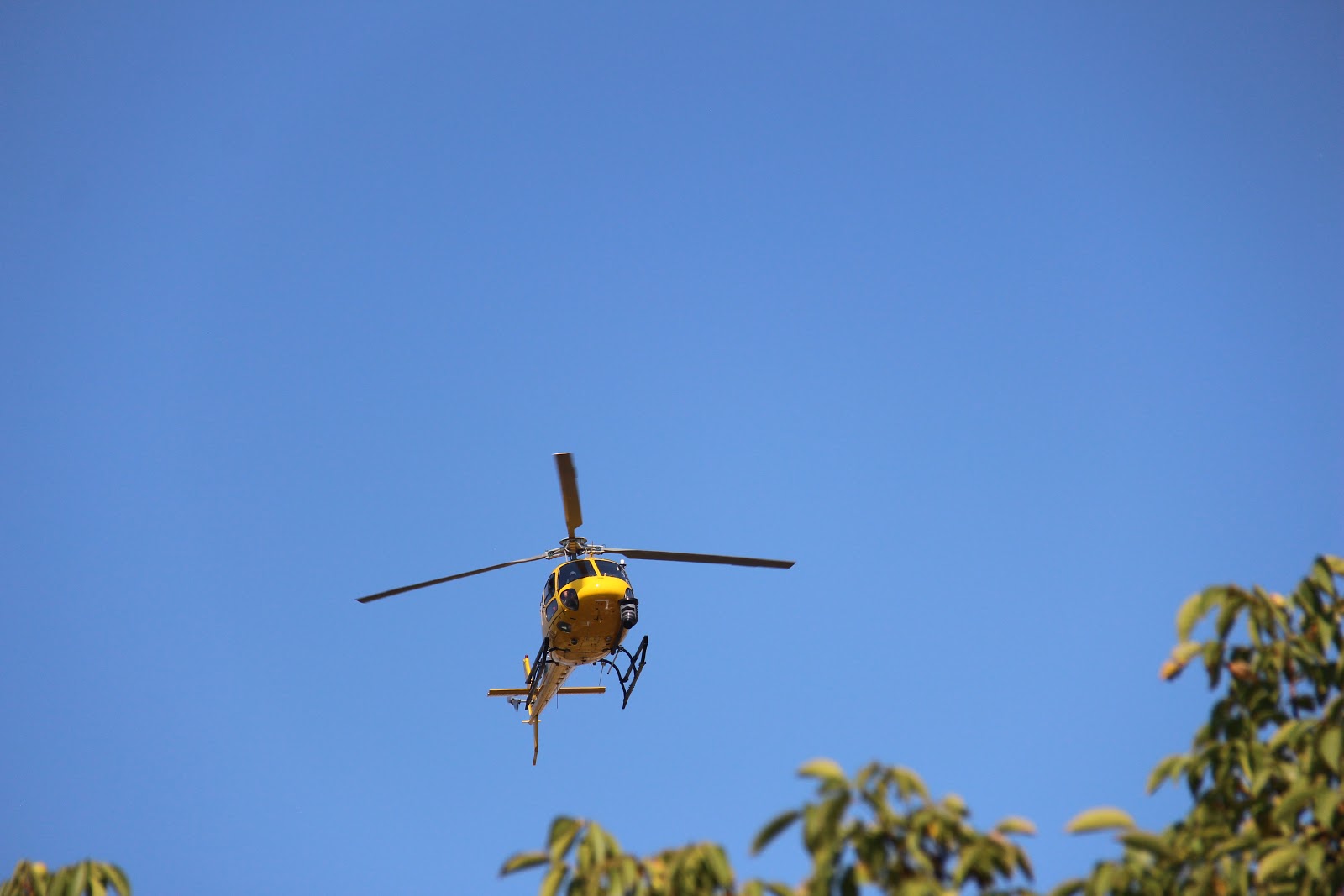 Yates was once again staying safe near the front of the peloton.

On the final pass a young Bora rider was alone in front, followed by several others including Mathieu van der Poel. 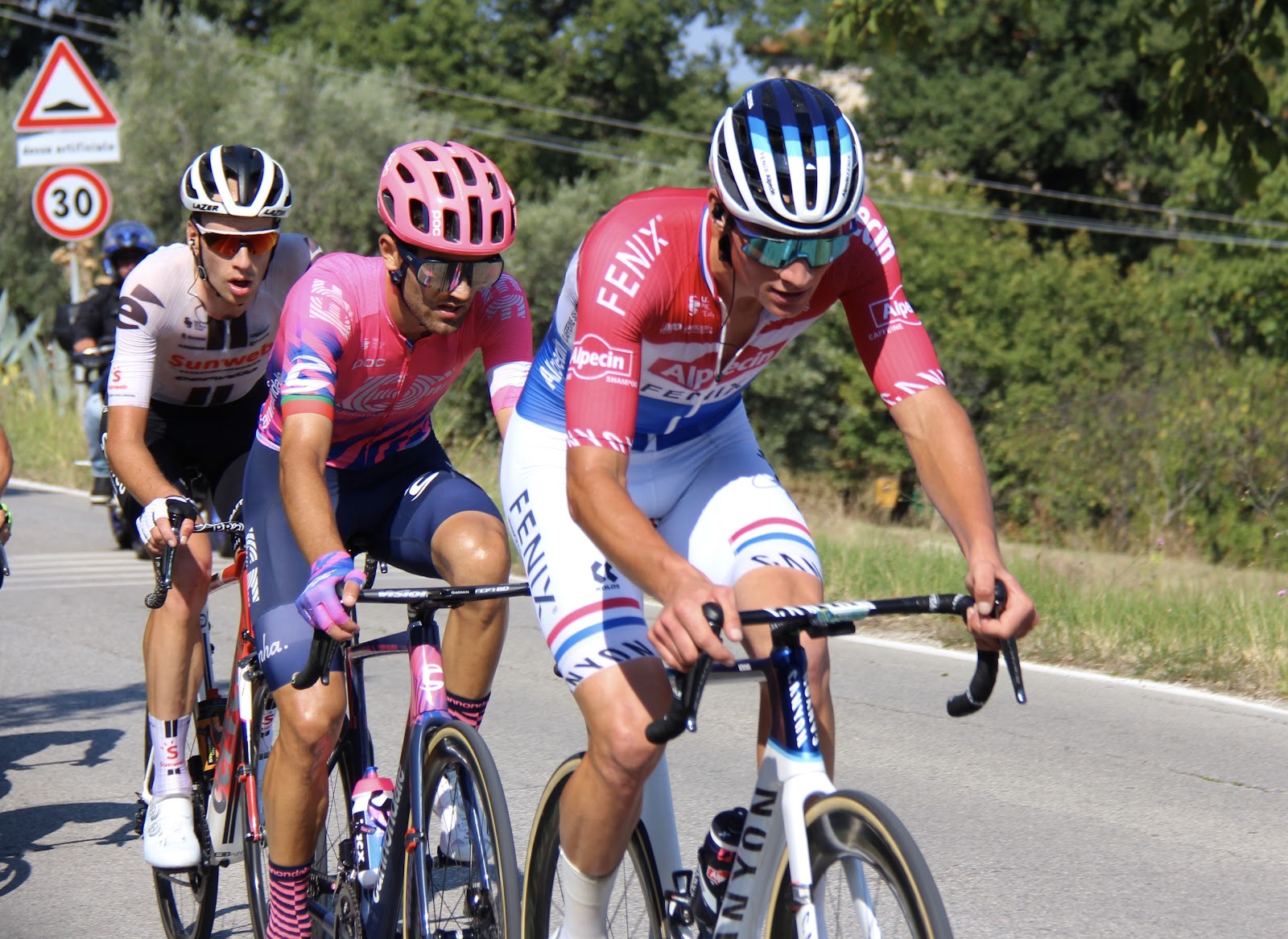 At the end of the day Van der Poel won the stage, and Yates held on to the overall lead.  Our Belgian friends with the large motorhome had been in the churchyard parking area with us and came to say goodbye – they’re leaving right away to drive up to France and catch part of the Tour.

They gave us two gifts – a small box of Belgian chocolates, and maybe even better, a card with their home address, etc on it.  They live near Zwalm, which was our ‘base’ last year for all of the Spring Classics – nice to have some fellow fans to get together with!

We stayed another night in the church parking area, then headed south to San Benedetto del Tronto for the final stage – the individual time trial.

We abandoned our plan once we arrived in the city – even more streets than usual were already closed and we realized we wouldn’t be able to take the dogs.  It was starting to get pretty hot and we felt we couldn’t leave them alone in the campervan for hours and hours.  After driving fruitlessly around the narrow, very busy streets I suggested zipping home to watch the stage on tv – this was a good decision.

It was only a few hours before we were in the comfort of the house with the air-con on cheering as Yates managed to hold onto the overall lead – even Geraint Thomas couldn’t pick up enough time to beat him.

Another great Tirreno-Adriatico – getting to see seven out of the eight stages was pretty satisfying.  Next – on to the World’s in Imola!