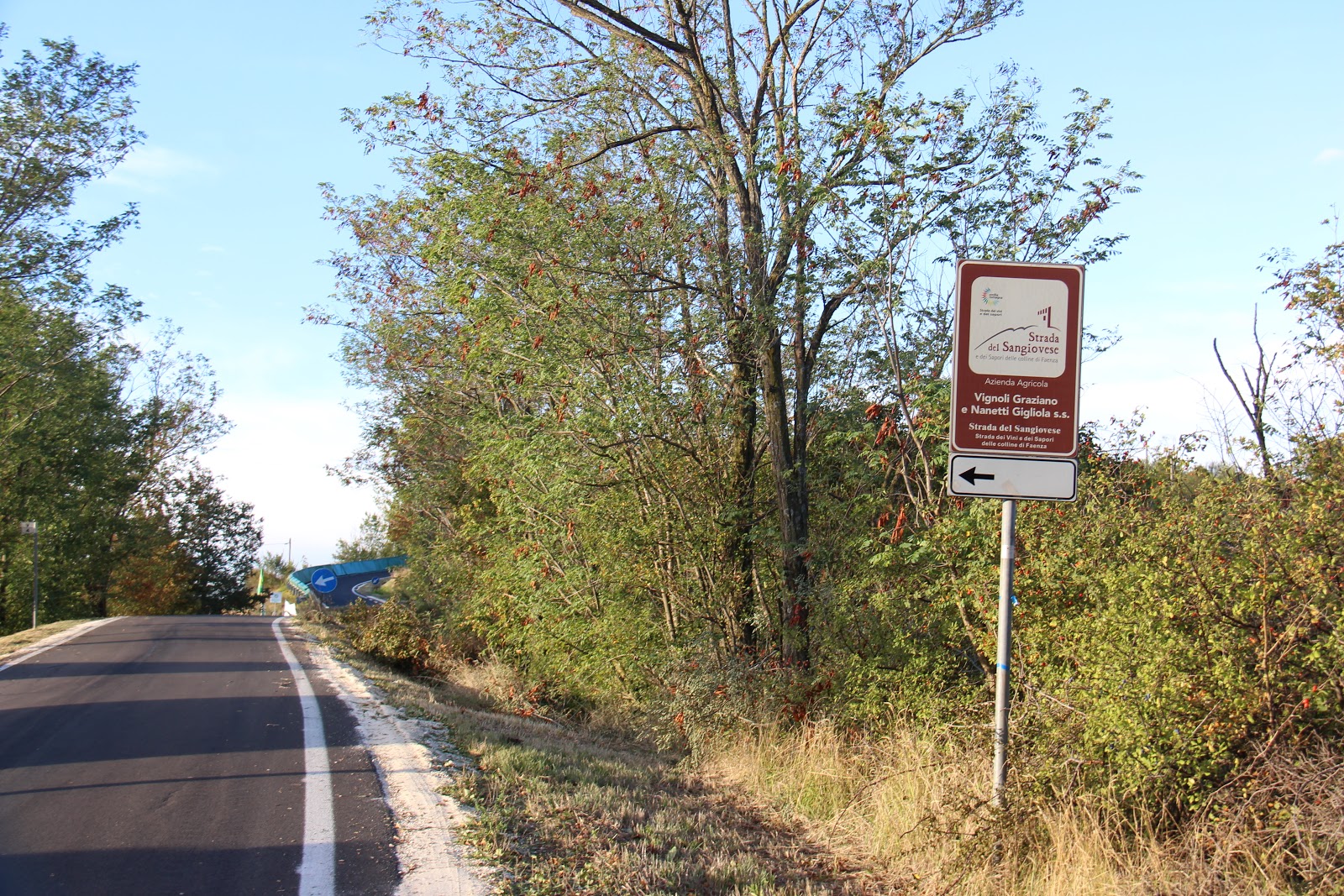 Quite a few more people walked up the hill past us, and a group of folks set up a canopy complete with an air-horn (which I can’t stand).  The weather was very unsettled – fairly windy with threatening looking clouds.

The racers first appeared just after 10:30 and there was already action – a group of seven had gotten away almost immediately and already had a four minute lead by the time they got to us.

They made the circuit every 50 minutes or so, and I moved across the road a few times for a different view.

I got a decent shot of Nibali…

…as well as Michael Woods…

Before the last pass I hiked down to the agritourismo to see if they could sell a bottle or two of wine – no problem!  Although it did take a bit to track down the right person.  First – it looked like just a large private house – no signs or anything.

I walked all the way around and looked in one open door – it was the ‘restaurant’ with one person in it – he didn’t speak english but he did call for the cook to come out.  She directed me across to the ‘bar’ that had several people at tables drinking and watching the race on tv, but no one that looked like they worked there.

Just then a fellow came in that I’d seen up on the road – I think he’s the one with the air-horn – he spoke pretty good english and understood what I wanted.  He located the right person who opened up the wine room and got me what I asked for – success!  And I must admit that the air-horn wasn’t nearly as annoying as I’d expected – I think they were surprised by how loud it was and ended up hardly using it.

The breakaway slowly began to fall apart, and was eventually swallowed up by the peloton.  There was, of course, more than just Woods riding for Canada – I especially like the maple leaf on their socks.

Then big news – Alaphilippe attacked on the second climb of the final circuit!  After most of the riders had passed I went to the campervan next to us – the fellows were watching the finish in Imola on tv.

I was very happy that Alaphilippe managed to hang on and is now world champion!  Shortly after the finish the parade of spectators coming down the hill started, and all of the cars and campervans around us left.

We decided to stay the night where we were as the journey home was way too far.